I'm a bit concerned for my kentia palm. I've had it for about a year, I've placed it fairly bright, I spray the leaves with water regularly, and water it every-time the top layer of the soil is dry (1-2 times a week). Its planted in a pot that can drain and with regular potting soil.

Even though I have had it for a year, it has barely shown any growth, as only one new leaf has emerged, and the roots seem to not be growing into the pot, as the soil is still very loose. I have therefore not yet used any fertilizer.

When i first got it, soon after yellow/brown spots showed up on several of the smaller leafs, which made them look like they where dying. I therefore removed them because I thought it could be an infection.

Now almost a year later the spots have turned back again, and are now browning the bigger leaves. I'm concerned about removing them, as the plant does not show signs of growth, and because removing them would mean removing about half of the plant!

The spots start of as yellow, then brown with a yellow outer which are killing the leaf. The spots often start at or close to the tip, and move down the leaf.

Does anyone recognize this spots, and known how to treat them, and does anybody known, why my palm isn't growing. Is there anything important about the care of the plant I've missed?

The plant still looks allright, but I would really like to treat the problem, before it gets out of hand. 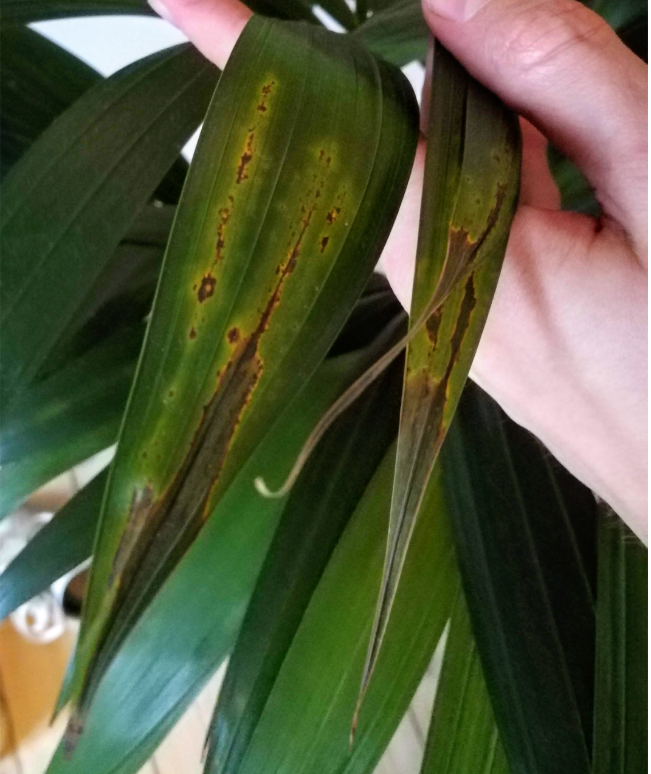 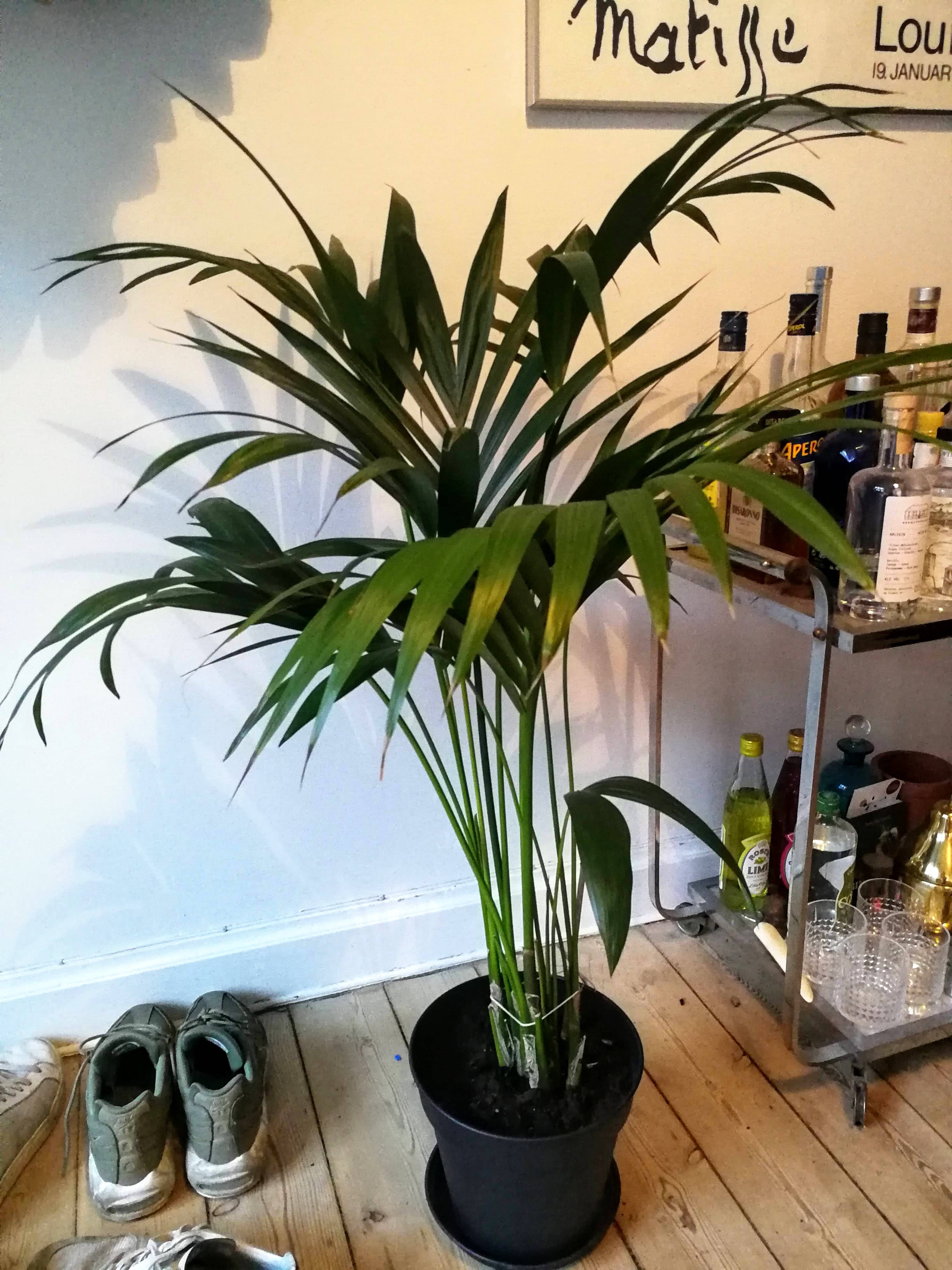 Browse other questions tagged diagnosis palm or ask your own question.