Cheapest and easiest ways to level my lawn

I bought this house 2 years ago, and one annoying aspect of it is that the garden 'slopes' towards the rear - see below 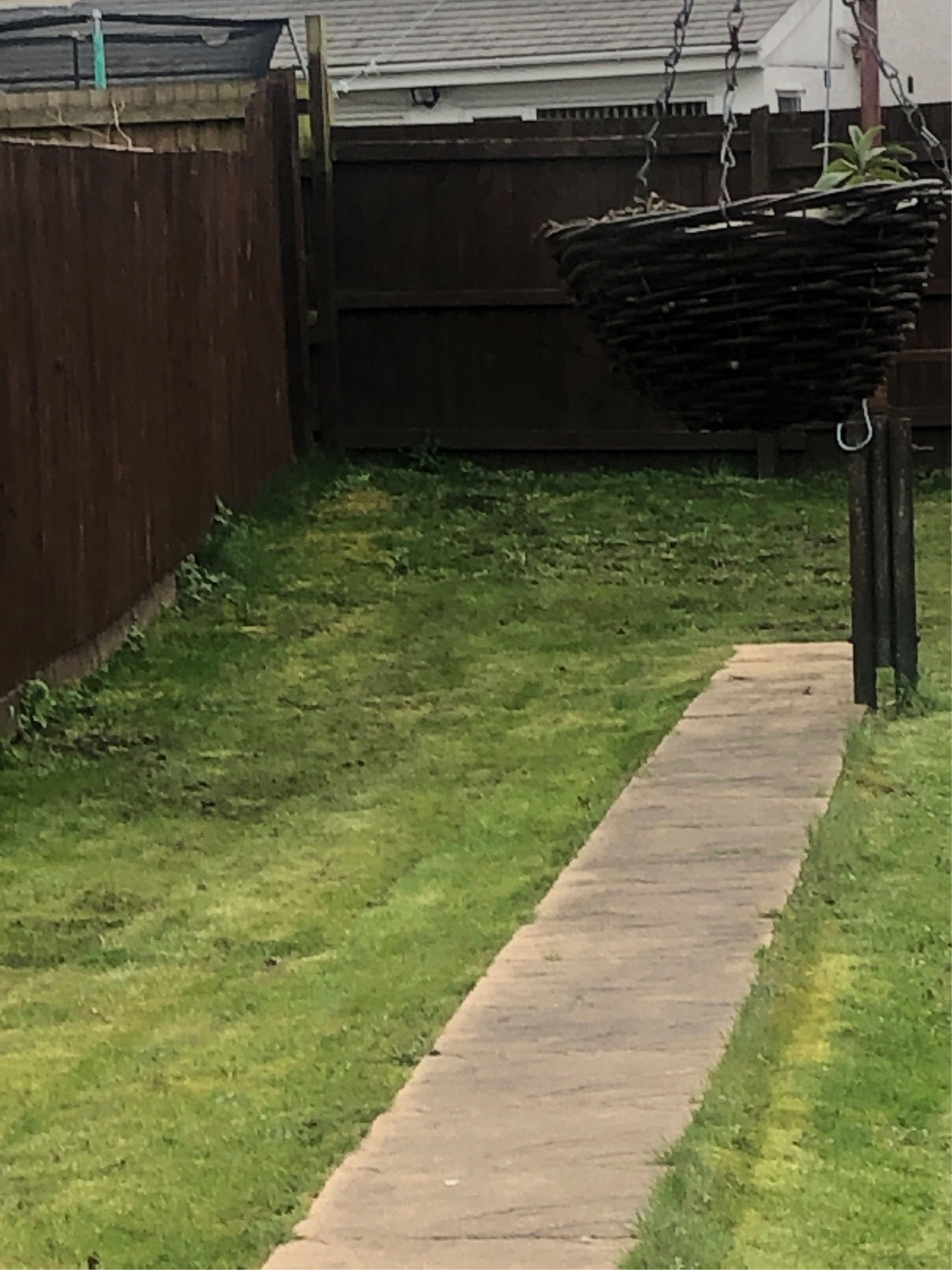 This is becoming a problem now as I want to build a climbing frame for my son in that area, which will require a flat surface. What would be the simplest way of leveling this? Open to 'outside of the box' ideas too!

Well I think the easiest way would be to go rent a bobcat and remove the excess dirt. My "out of the box" idea would be to stabilize the frame of your climbing wall with rebar that has been driven into the ground rather than allowing gravity to stabilize the structure. However, I like the idea of removing the dirt and starting with a flat surface better. Either way you have some problems. If you remove the dirt then there will be a gap between the ground and the fence and if you use the rebar approach then you will have to do a lot more measuring when you build the wall.

Then of course there is the option of trying to find some cheap dirt. If your lucky, you might find someone who has recently excavated a property who doesn't want the dirt. They might even pay YOU to take the dirt off their hands.

Find your highest point & remove the dirt to bring back to the lowest point. Rotavate the bottom end & rake down to the lower part towards the house

Not the answer you're looking for? Browse other questions tagged lawn landscaping or ask your own question.

7
How do I landscape a sloping and flood-susceptible yard?
3
How to make garden flat and level
4
Weedy uneven lawn with tree stumps: grind, chip, till, roll and reseed?
4
Returning a garden paved for 30 years with packed clay below, back to lawn
7
Minimal install of artificial grass for small enclosed pet area
0
Level lawn to Laying plastic shed with membrane