I am pretty new to keeping plants, and I have a Euphorbia Milii as a houseplant now sitting in a terracotta pot. I planted it in cactus soil, and I generally water it well, waiting for the soil to dry out. I test this by poking my finger into the soil a couple of inches. There is about an inch of volcanic gravel at the bottom, and only one drainage hole. The plant is about 10 inches tall, and hasn't grown in the year I've had it.

Basically, since I got it, it's been steadily losing leaves. It also doesn't seem to be growing any new ones, and so the result is a sparse - looking plant. The weird thing is that it's continuously blossoming, and I see more flowers on the way.

This is nice and all, but I really would like the plant to grow, and look a little fuller.

Does anyone know what might cause such a plant to grow not leaves, but flowers only, and not increase in size? The pot seems a little large for the plant, but I figure it doesn't really matter as long as the soil drains well. After doing some reading on the matter, I think I should ditch the gravel and put in some more soil, and possibly drill some more holes in the pot. Do these sound like a good idea? 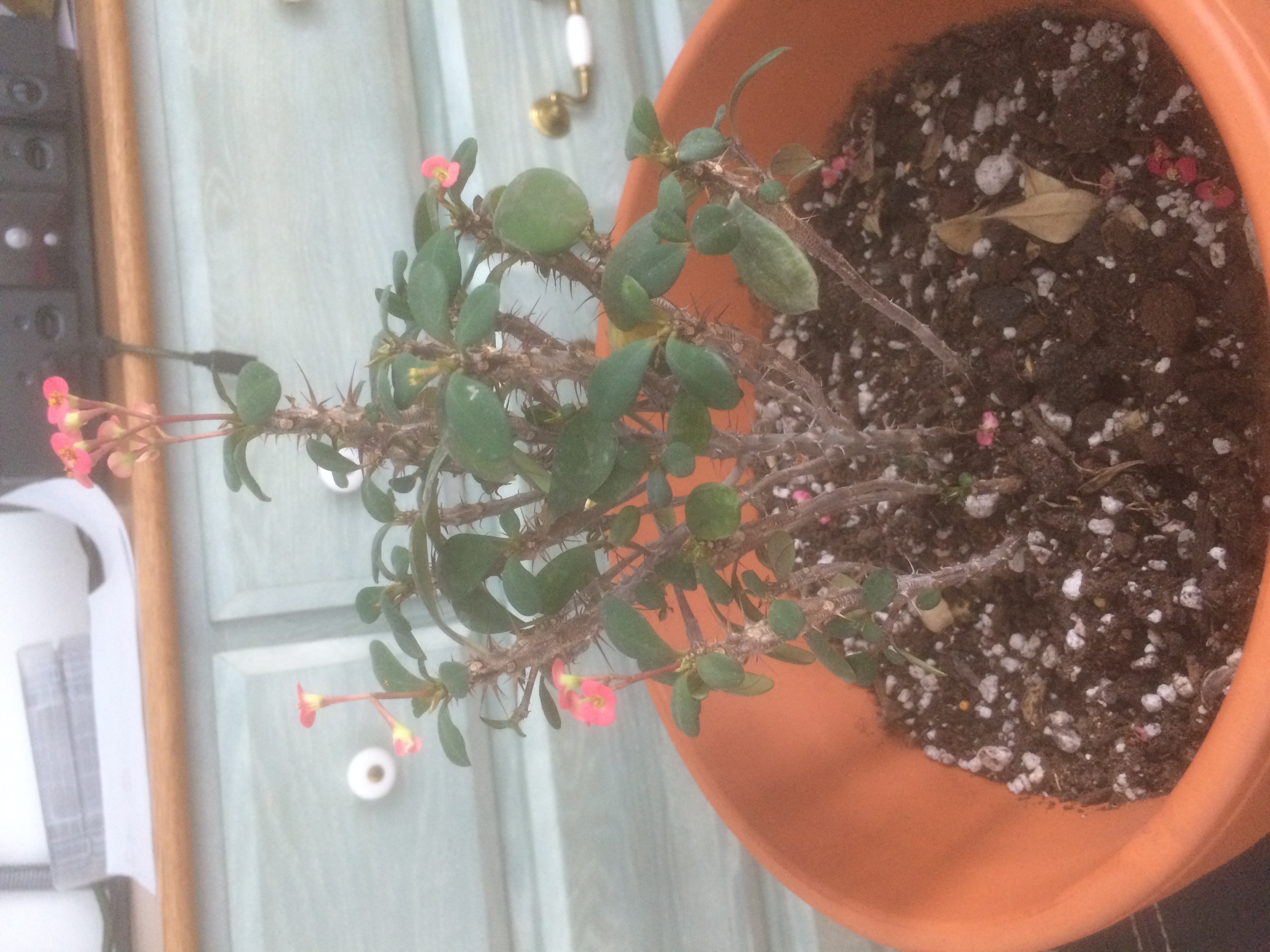 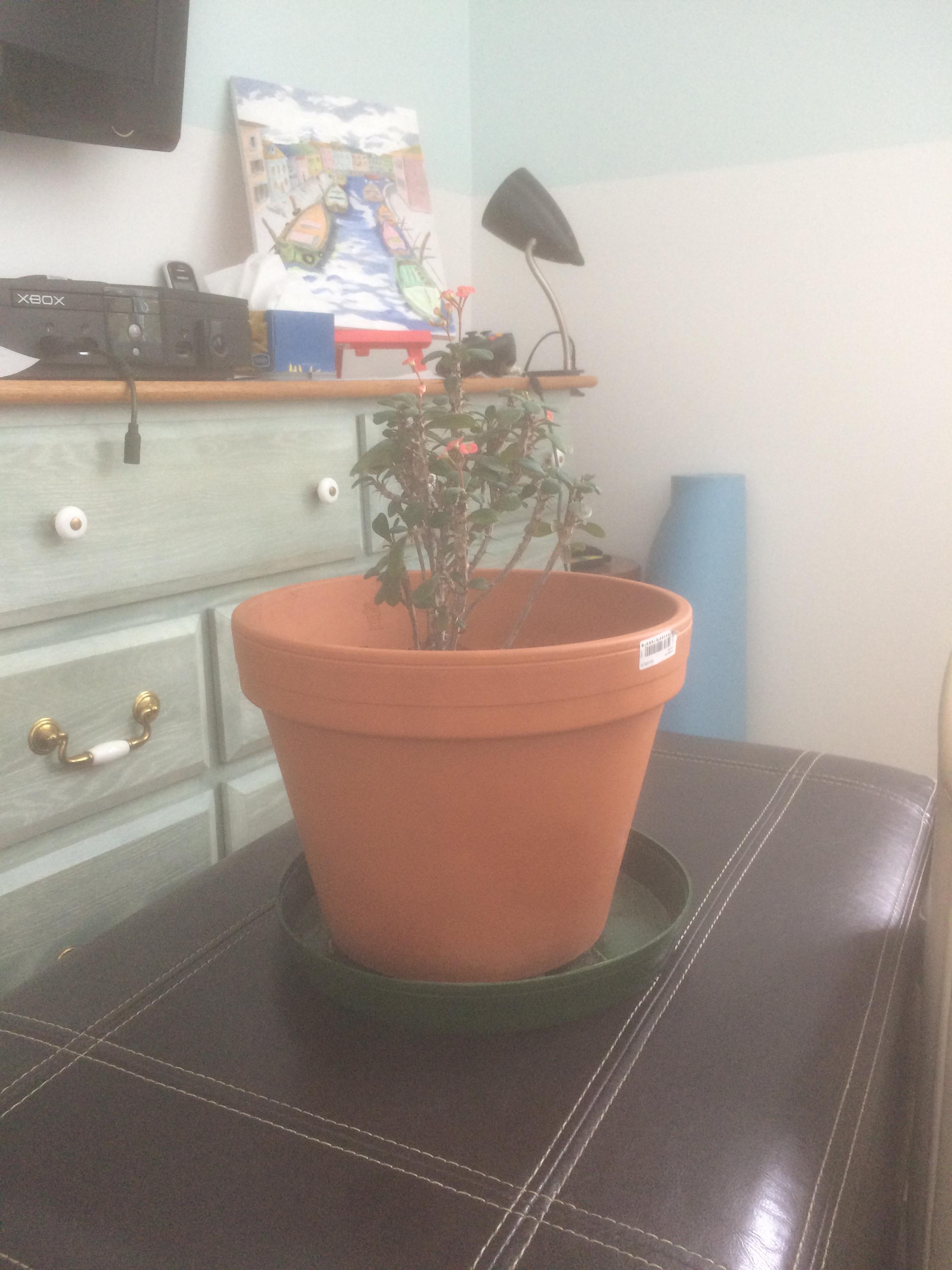 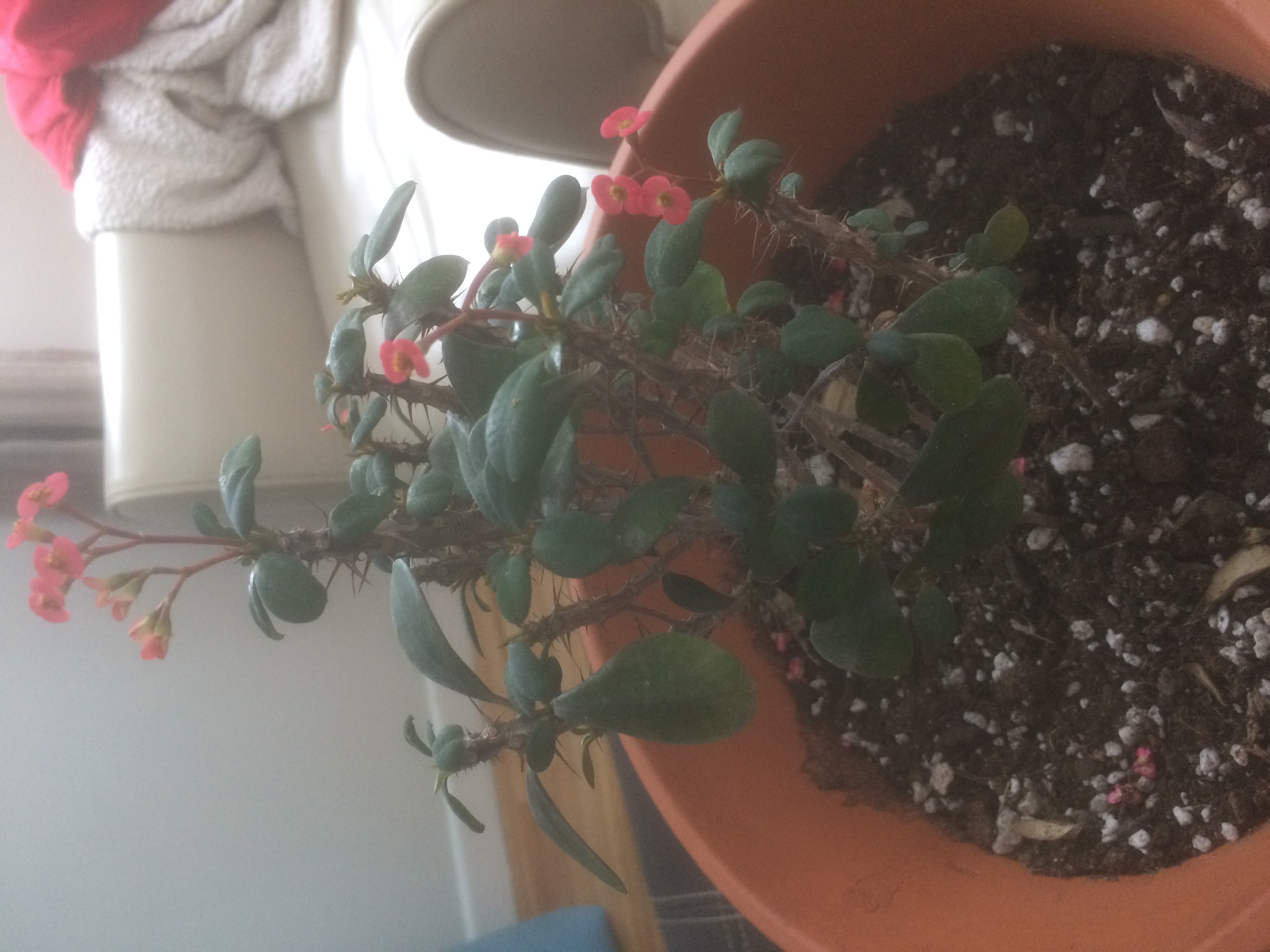 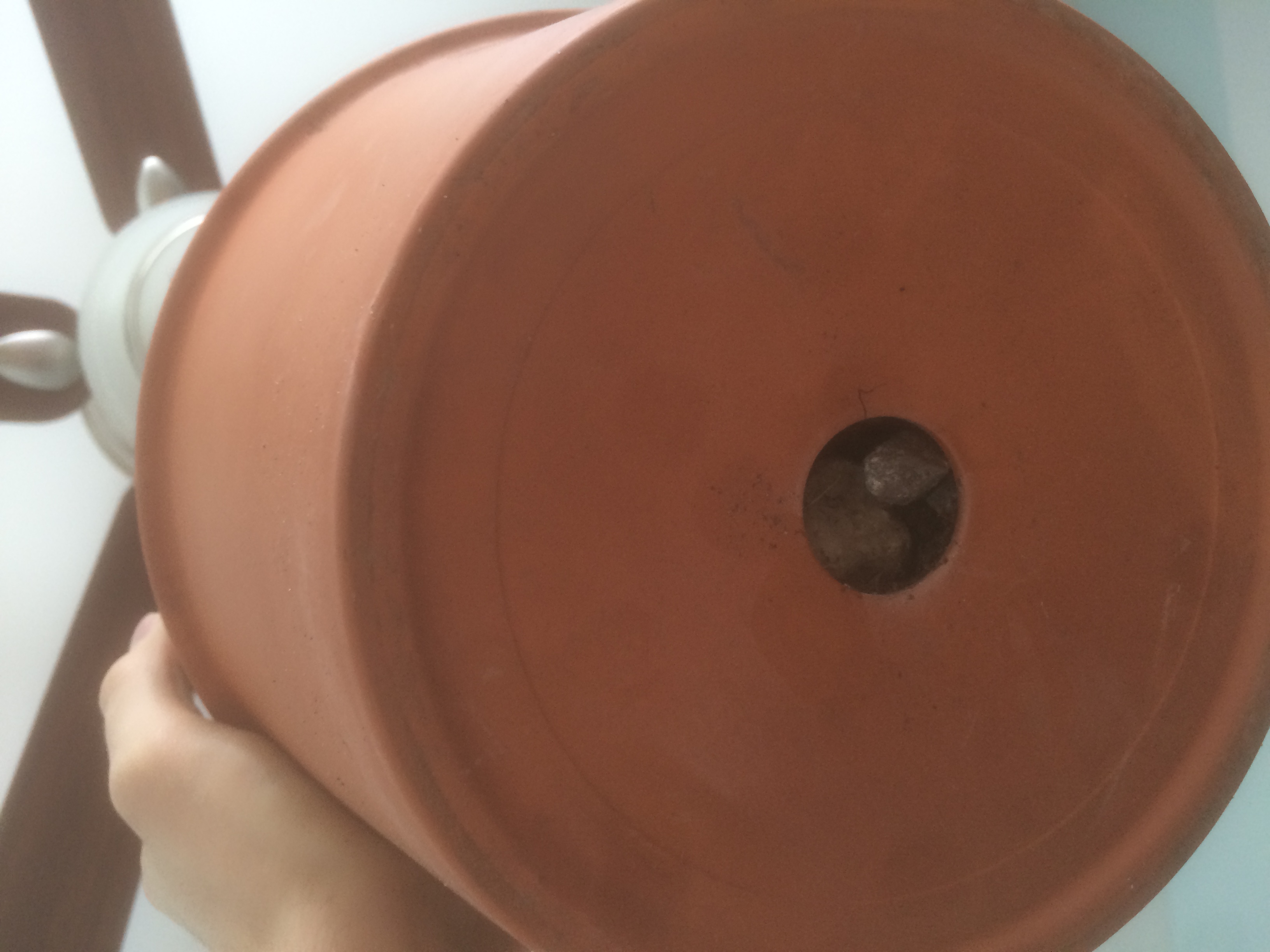 It would be good to know how long its been in that pot; hopefully not too long because the pot you've used is way too big for the plant, which is never a good idea. The pot should only be large enough to leave an inch (at most) of clear soil around and below the rootball. The reason for this is because, with a lot of empty soil around a rootball, over or underwatering is easy to do - in order to keep the rootball moist, all the soil has to be wet, but then your plant's roots are sitting in wet soil. Equally, its possible that the surrounding soil is wet, but the rootball isn't... If its only been in there a short while, hopefully it will still have a good rootball rather than random, thin roots widely spaced out into the soil, which is the other thing that occurs in too large a pot.

I suggest you get another, more suitably sized pot, decant the plant and replant in the new pot, using fresh cactus potting mix, without putting any rocks or gravel or anything else in the bottom first. If you use a pot with just one large drainage hole, then one 'crock' to keep the hole clear is fine. (Crock - a piece of curved material, usually from a broken pot with a curve on it, placed strategically over the hole to prevent soil dropping through or blocking it, yet still allowing water to flow away freely).

The fact its flowering a lot isn't unusual in plants suffering environmental stress; its usually a desperate attempt on the part of the plant to reproduce itself before it gives up the unequal struggle to survive, although that will only be successful if the flowers are pollinated, of course.

Over time, these plants do lose their lower leaves, and its fine to cut the whole thing back by half to encourage new growth lower down. They like average room temperatures and bright daylight, preferably with some sun. Your watering regime doesn't seem to need correction, but make sure you don't leave any excess water in an outer pot or tray - empty that 30 minutes after watering. More information here https://www.guide-to-houseplants.com/crown-of-thorns.html

Not the answer you're looking for? Browse other questions tagged watering drainage gravel thorns euphorbia or ask your own question.

7
What soil mixture should I use for my office Schefflera?
9
Drainage in planter boxes
3
How sharp are sea berry thorns?
5
What exactly is garden soil, and why shouldn't it be used for potted plants?
6
Euphorbia stems keep rotting in succession
4
What is this Euphorbia succulent?
1
rescue for a rotting euphorbia