What are the bright green patches in my Fescue grass? 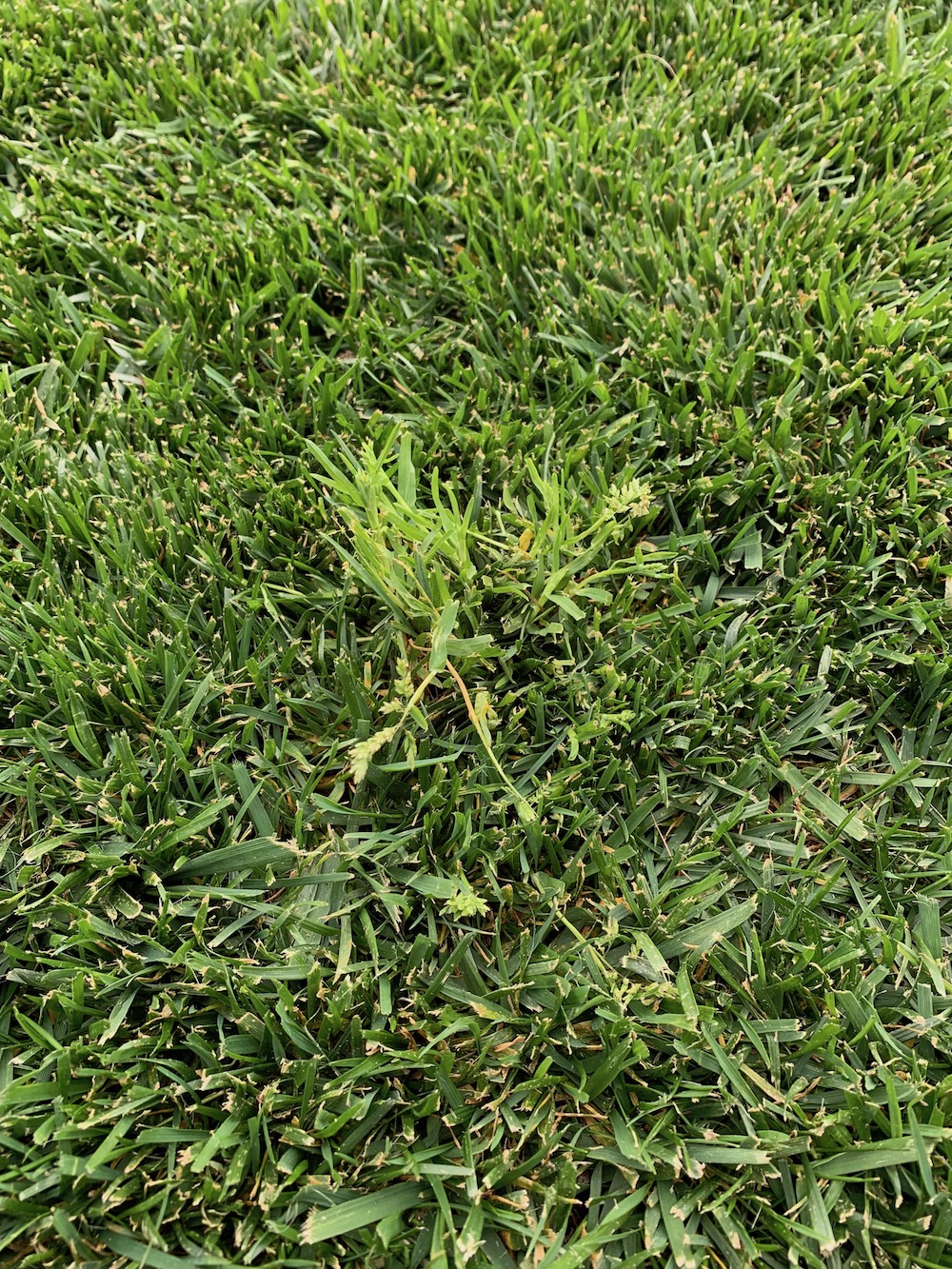 I've started to notice more bright green patches in my lawn as we move towards spring. 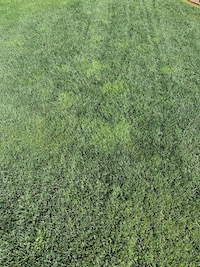 How do I eliminate the patches?

Also, the border of my lawn continues to die. Could this be caused by an irrigation issue or from the edge trimmer? 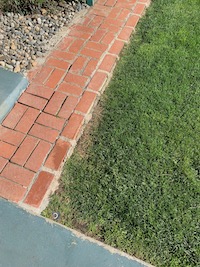 While I can not say with any certainty what is causing the difference in color from one part of your yard to the next. I can say there are steps you can take at home to figure this out. I would start by getting online and buying a soil sample test kit. Test the soil in a region of light green grass and test it again in a region of darker color. I suspect as was suggested in the comments that you will notice a lack of nutrients in the light green areas. Assuming there is not an obvious cause for this, such as a slight elevation/depression of the top soil, then it can most likely be fixed by adjusting your fertilization on the problem areas.

I would assume the dying grass near the boarder of the lawn is caused by a clear separation between the dirt/grass and the boarder. What tends to happen in these areas is that the water, instead of feeding the grass, slips into the separation and drains out underneath the turf. An approach to fixing them would be to fill in those gaps about half way with sand and the rest of the way with dirt. Then remove the dead turf and replant new seed. Rinse and repeat until the problem areas go away, good luck!

Not the answer you're looking for? Browse other questions tagged grass fescue or ask your own question.

20
Why does my grass have bright green patches?
9
Lawn problem - seasonal grass, thatch, or something else?
8
What should I do to improve a lawn growing on a new construction lot?
6
What should I do about coarse, thick grass growing in my lawn?
7
What is the proper way to overseed your lawn?
11
Dead grass in lawn after winter
4
How do I fix dead white patches in my lawn?
6
Did I use enough grass seed on my new lawn?
4
Reviving a lawn, needing some specifics on grass and ID
5
Why is my Zoysia grass turning red?