I have a palm which I've had for 18 months or so and it's the best growing palm I've ever had. Big, frequent fronds, and quickly grew about 2 foot. Occasional browning at tips, or dry-green leaves(not browning) and more watering solved it. I had overwatered it early and lost some branches that went yellow. (so this doesn't seem like overwatering)

In the past 2 weeks, it's suddenly going very brown from the tips. Very quickly a large branch went brown (not yellow) and lots of other leaves are going that way.

I was concerned I had overwatered it in winter, so took it from it's pot to check it wasn't soaked, and the soil is very dry about 10 inches down. (Top 2 inches are still wet, but I only just watered it) No sign of any bugs in the soil, but some white specs (perhaps mould but very tiny amounts) near some roots...

Have I just under-watered it during our very sunny period? Is it craving a weekly heavy water? 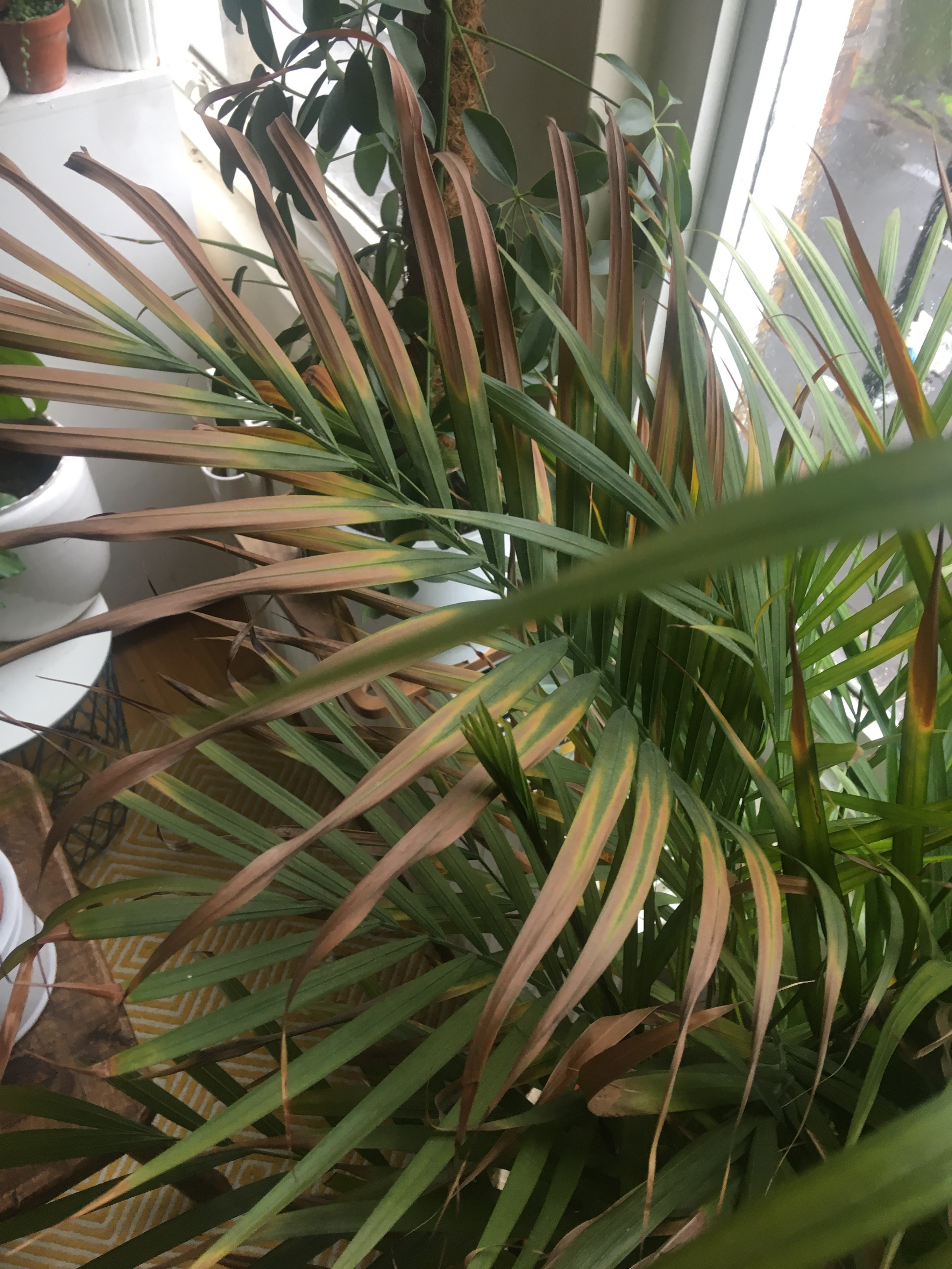 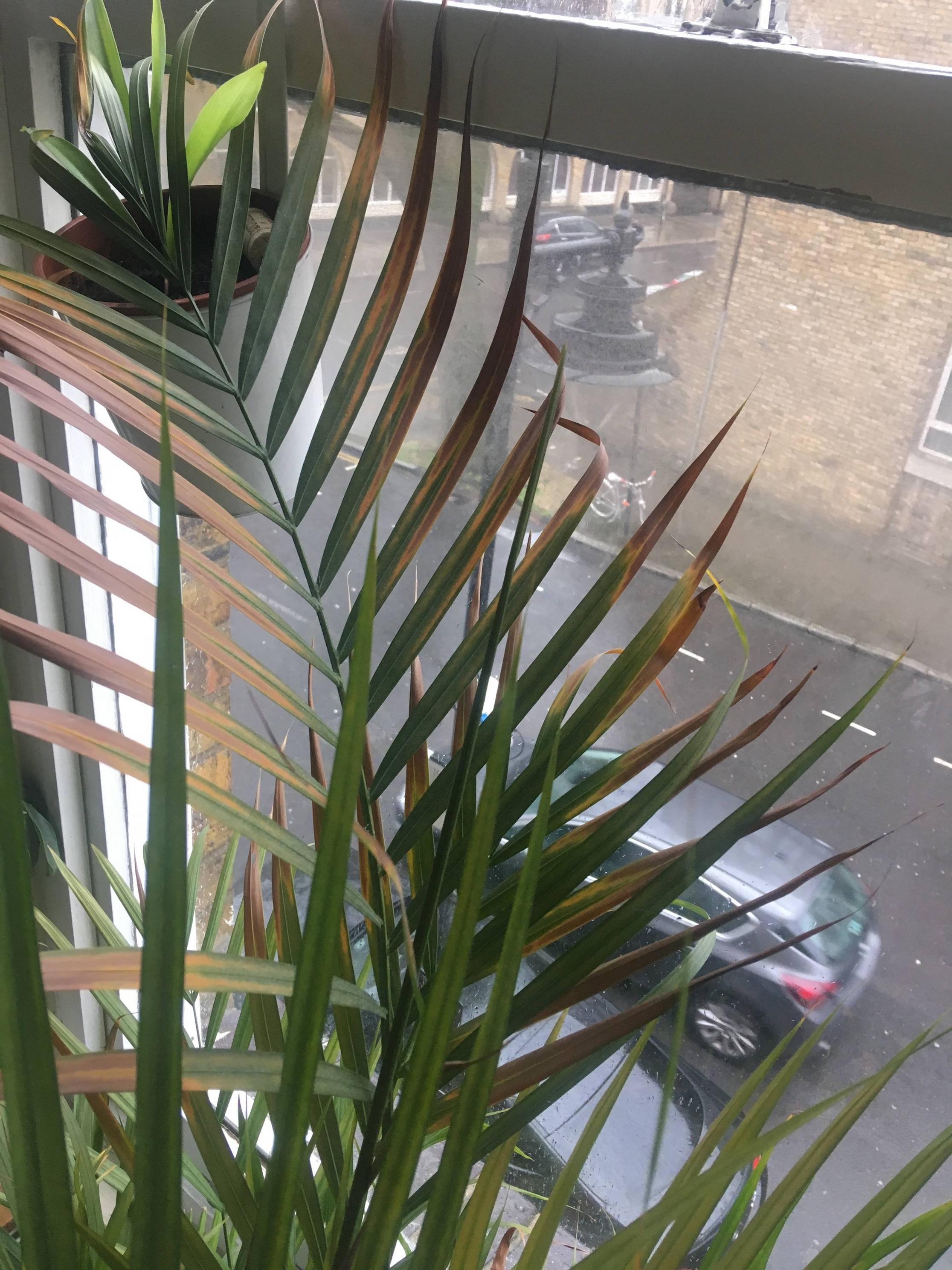 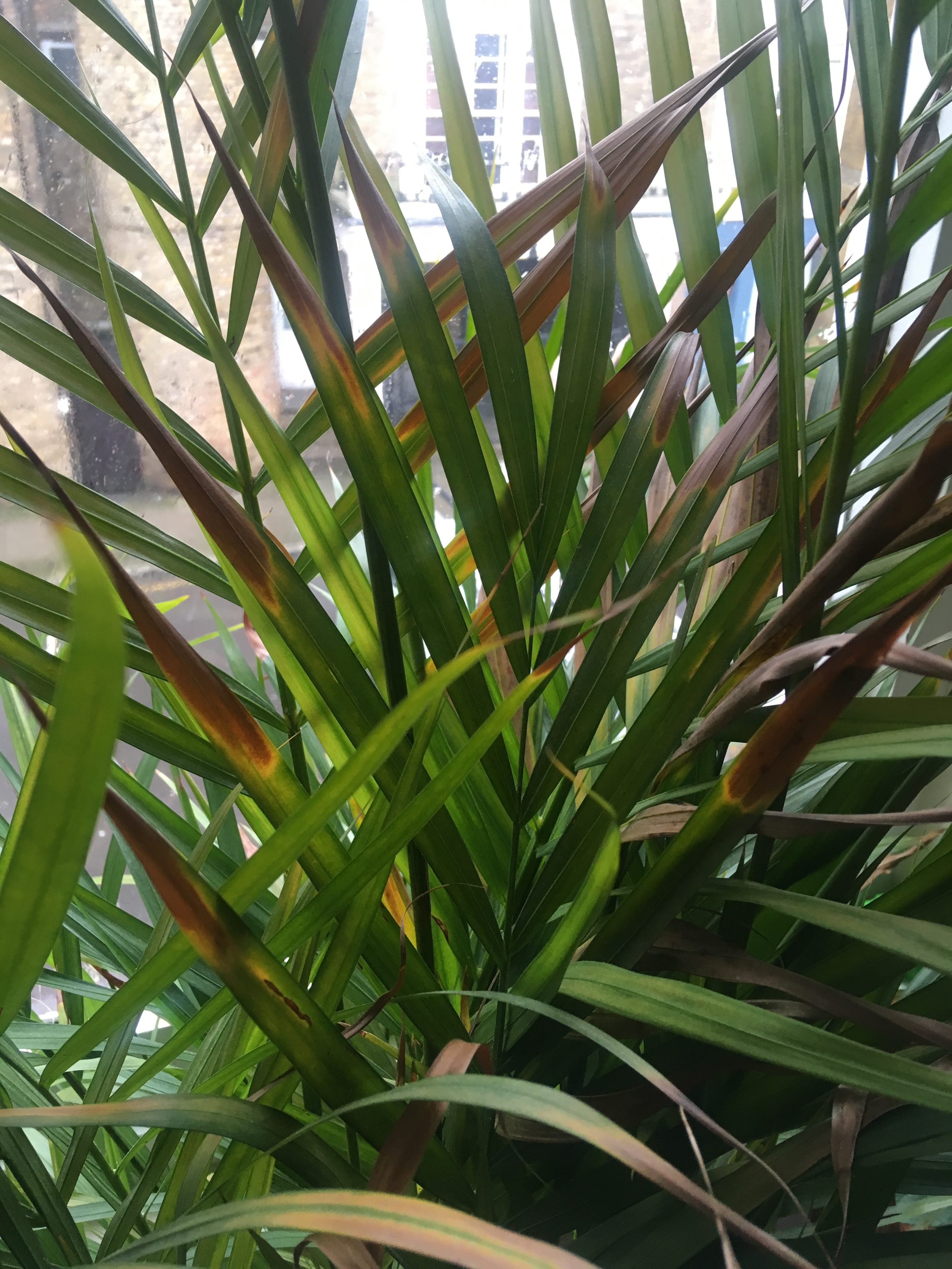 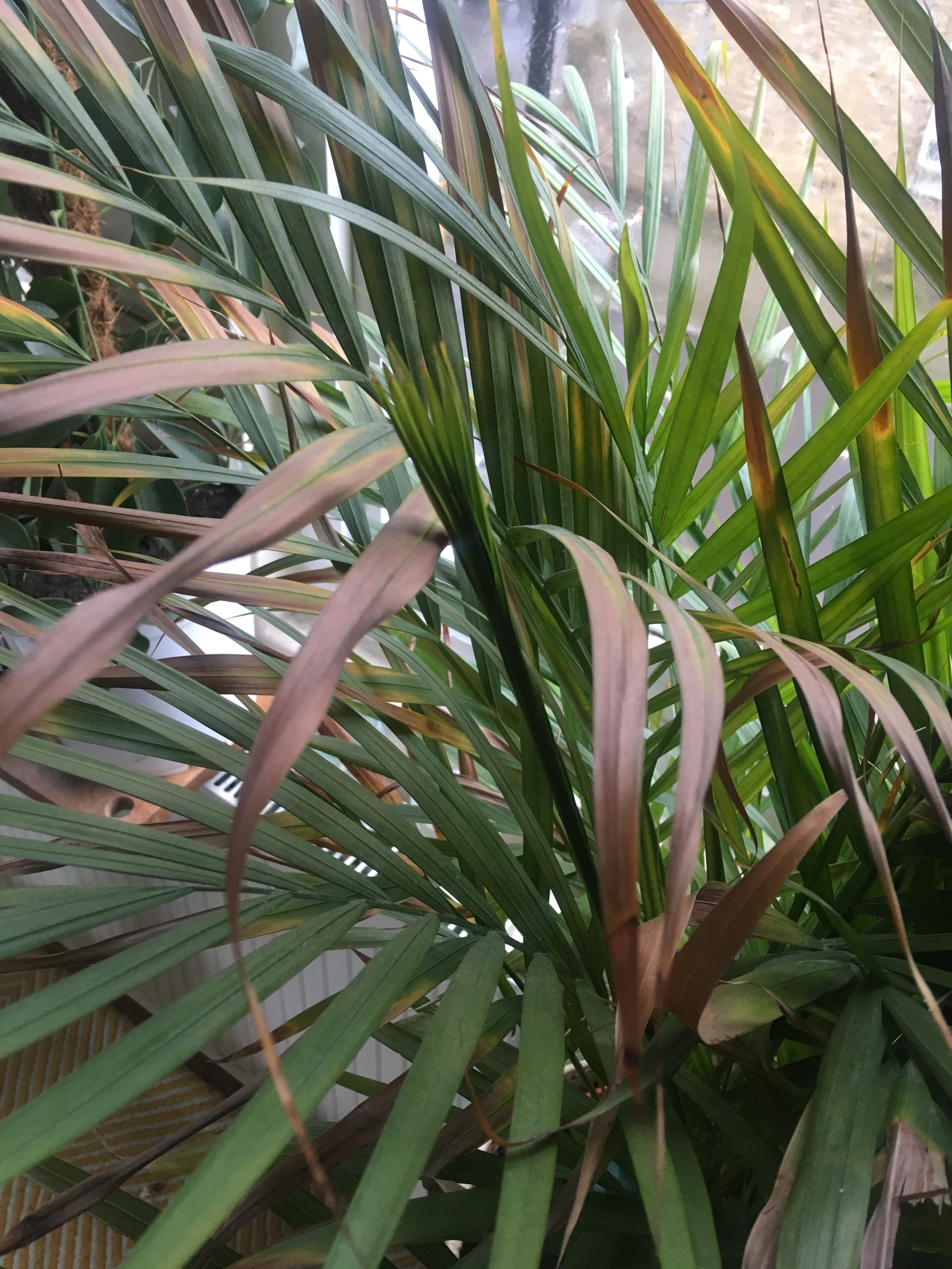 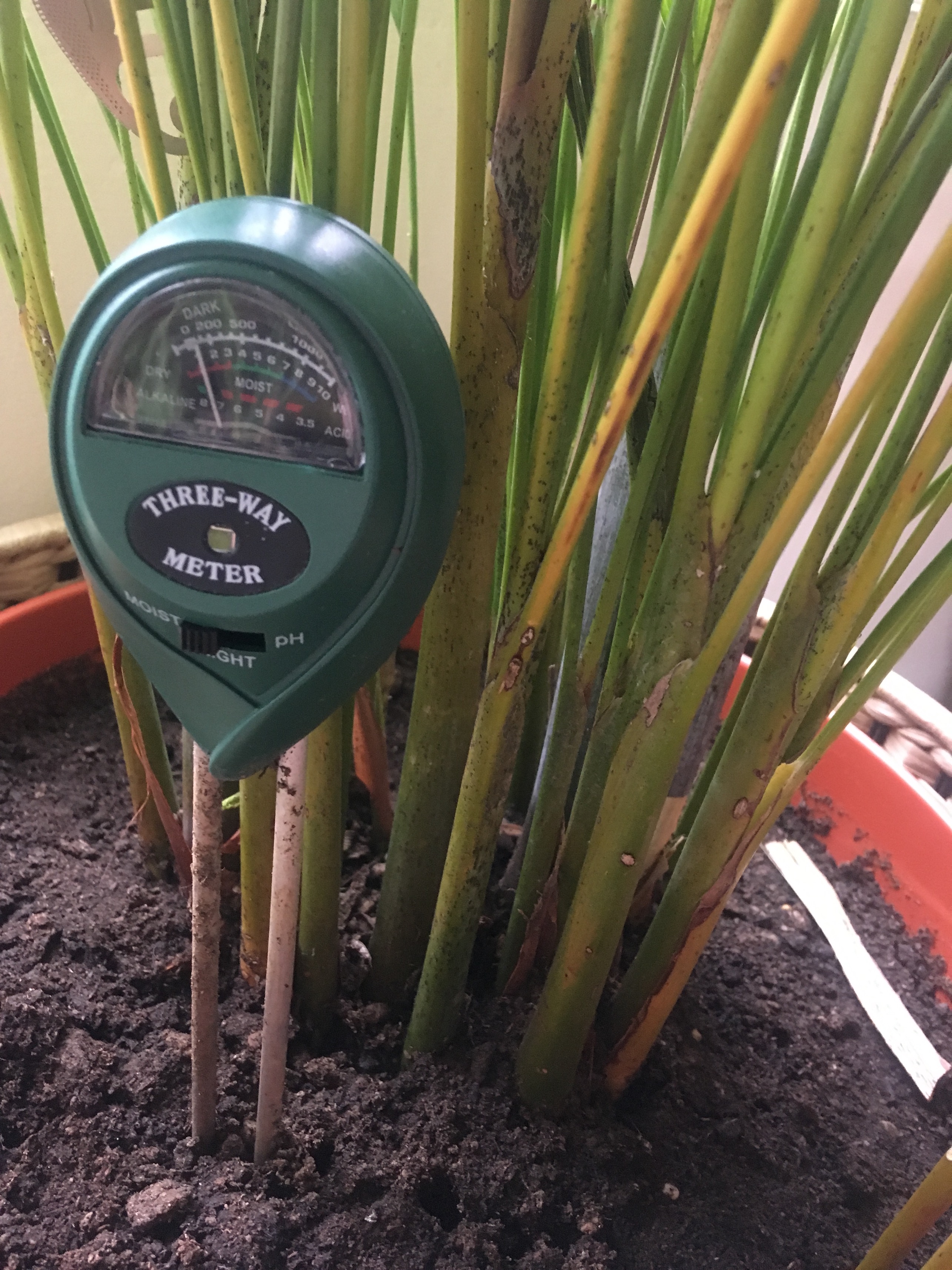 I think this is similar; My Areca Palm is dying

I also noticed this new frond has gone all wonky... in case that's vaguely related :) 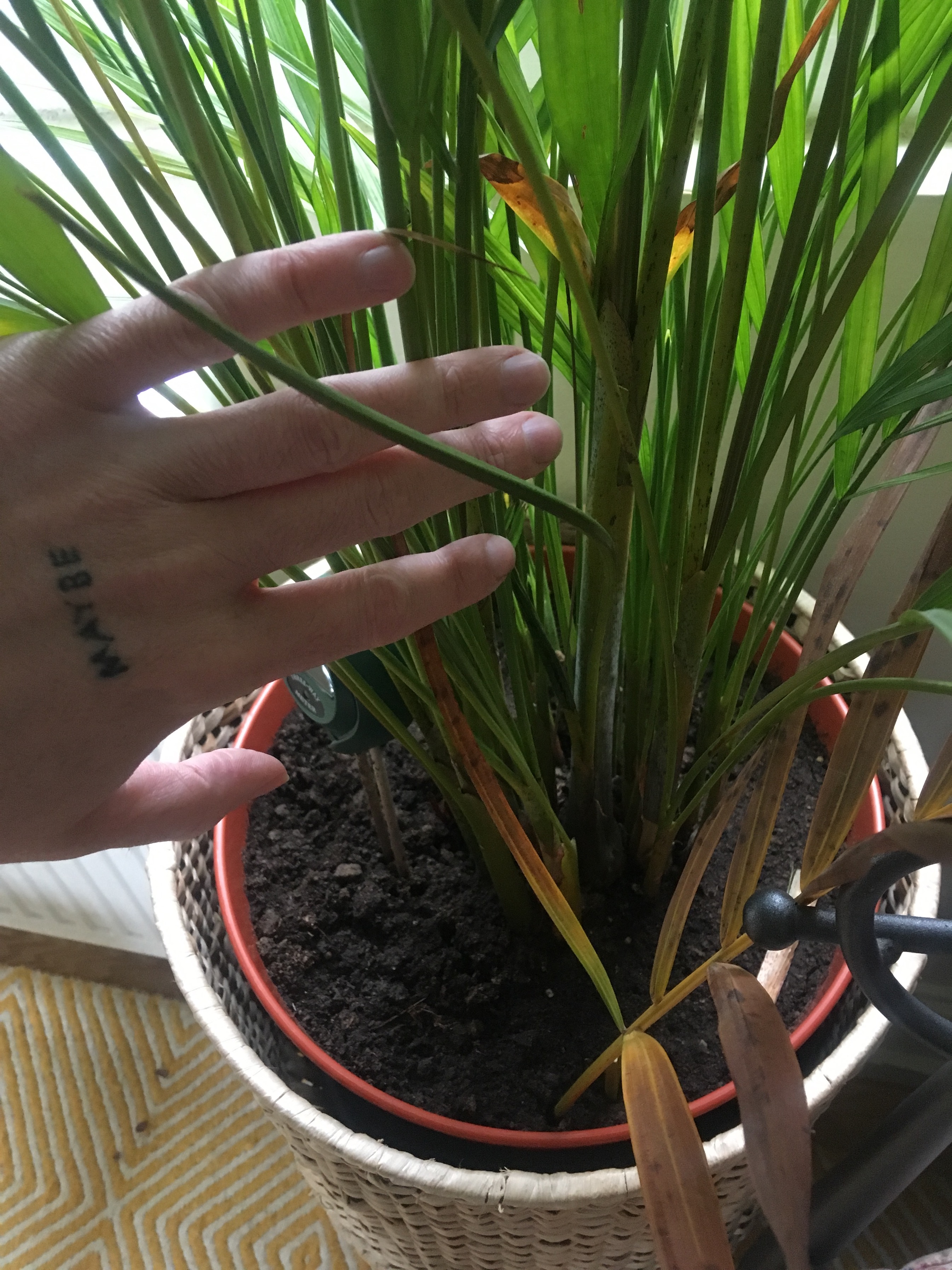 Browse other questions tagged diagnosis palm or ask your own question.

7
My Areca Palm is dying

7
Kentia palm dying. Advice? :(
2
Dying Pony Tail Palm
2
What's causing this severe yellowing and spots on areca palm leaves?
0
Should I be removing the oldest limbs from my palm?
0
Why are the leaves of my areca palm (indoor) turning yellow? HELP!
4
Indoor Cat Palm Browning/Yellowing
1
When to give up on a palm