I have a beech tree that I believe is infected with Beech Bark Disease. I believe that the tree is still in relatively good shape and so I'm hoping that there is a way to manage the disease.

From the research that I've done, it seems like there are some solutions. A lot of the information that I've come across is trying to promote one product or another so basically I'd like some unbiased information and advice. 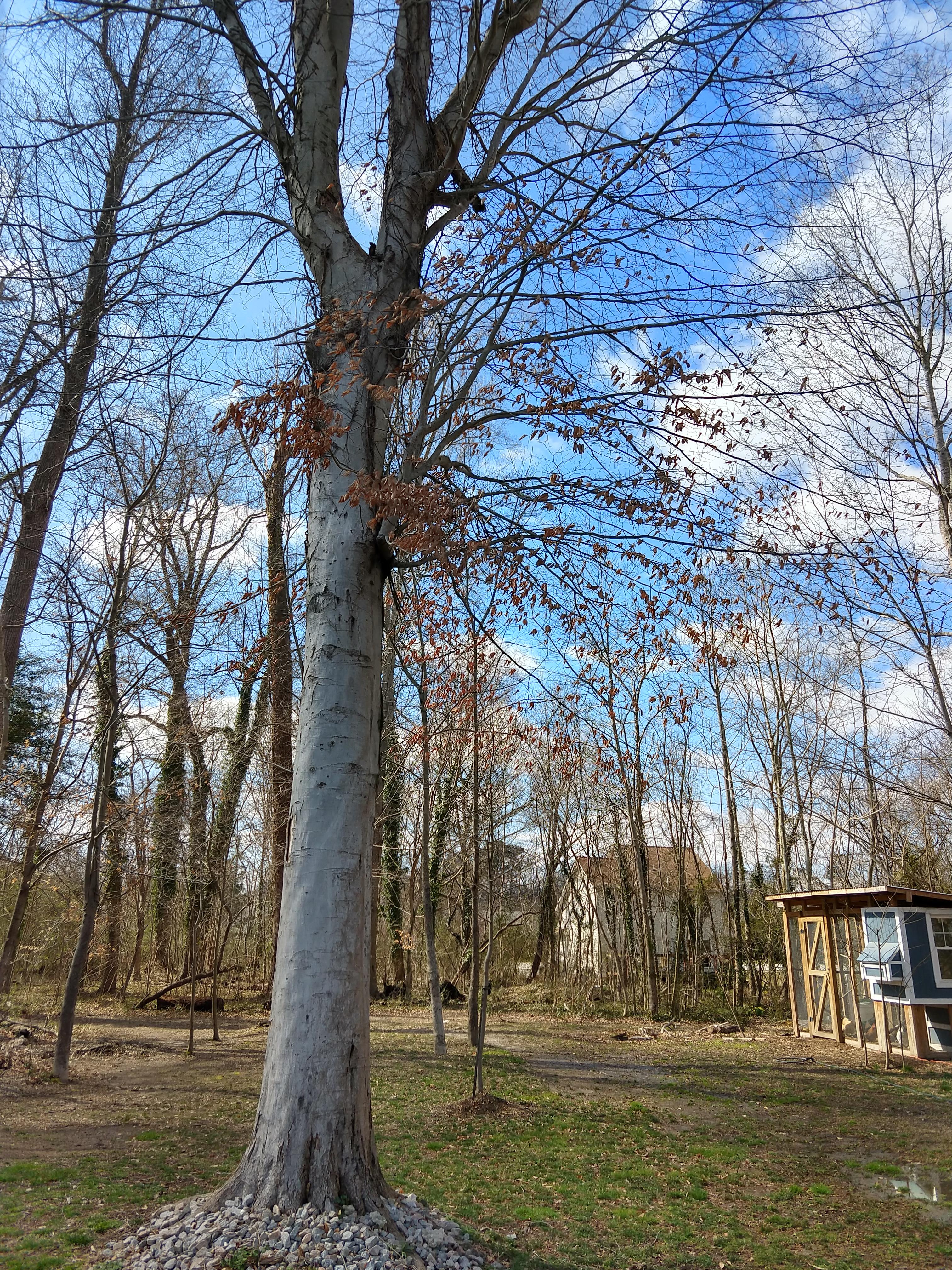 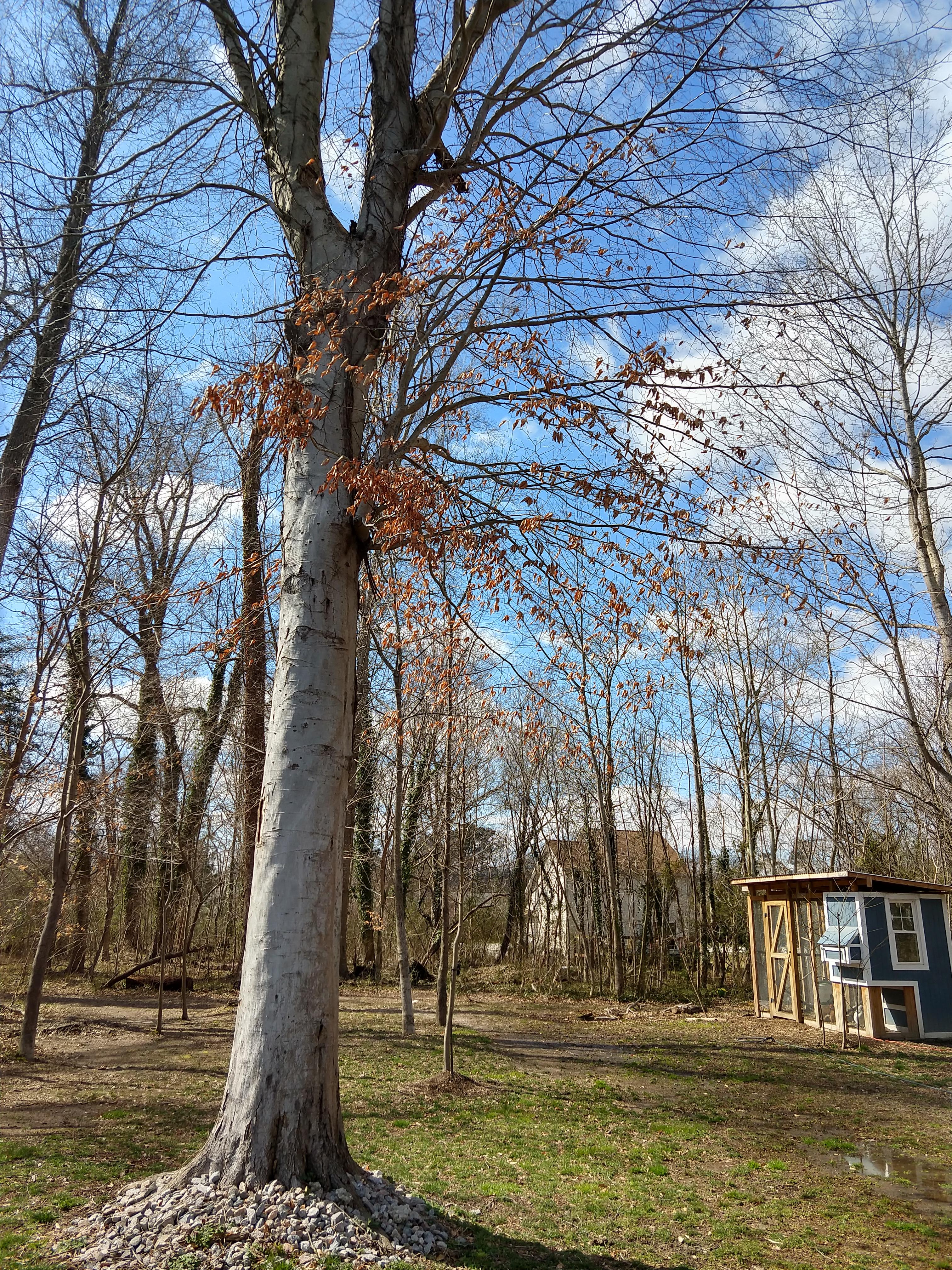 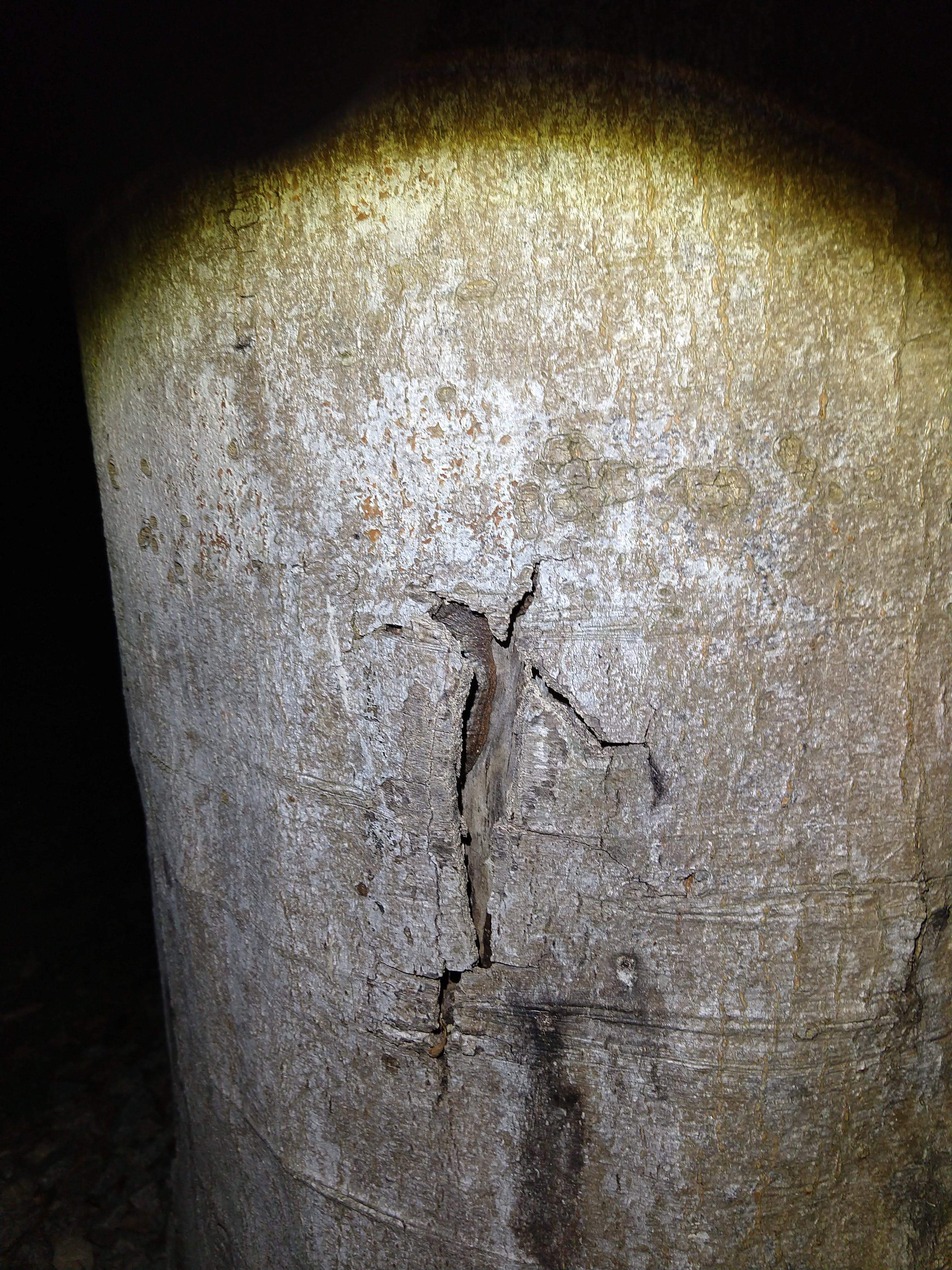 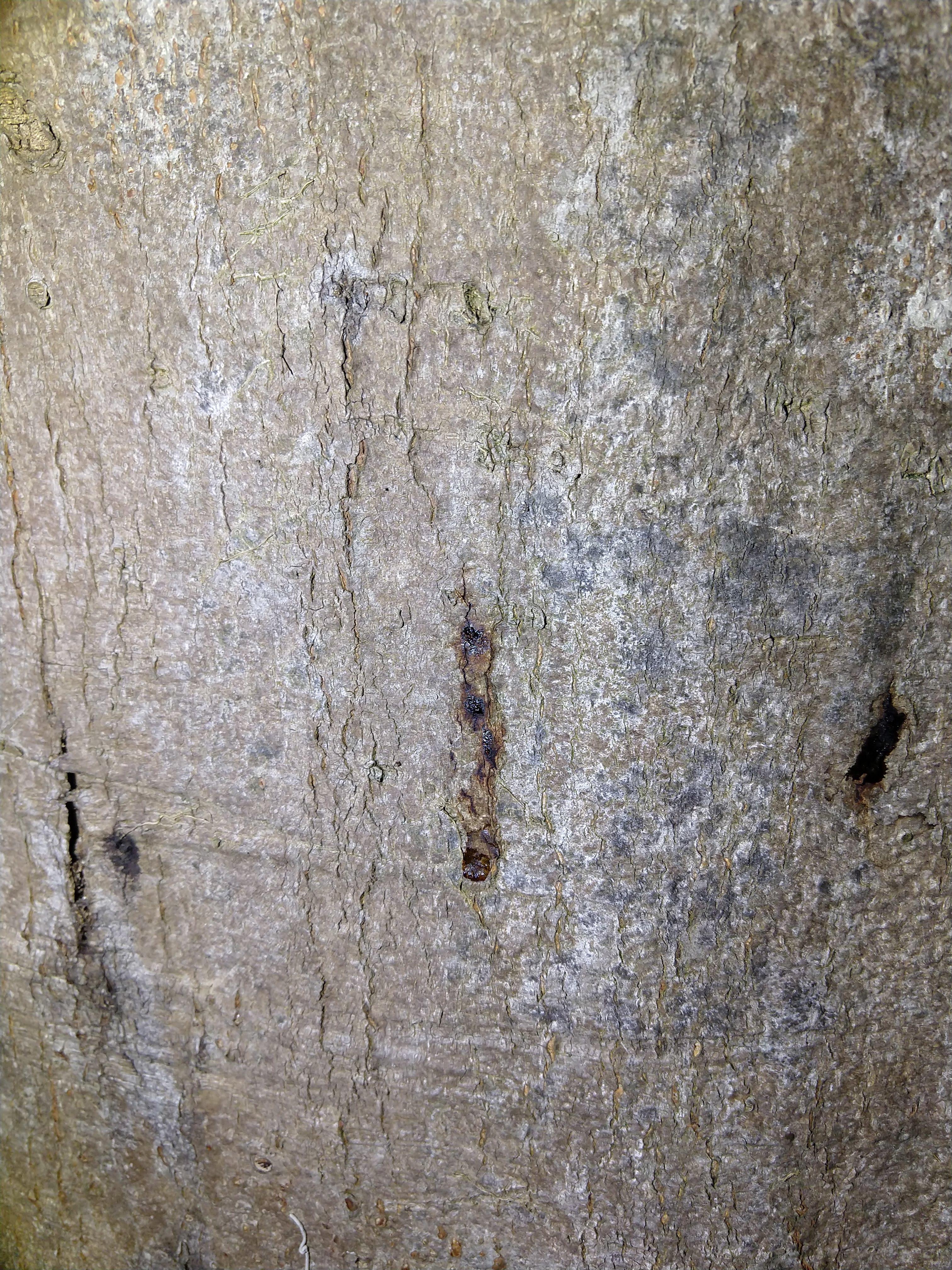 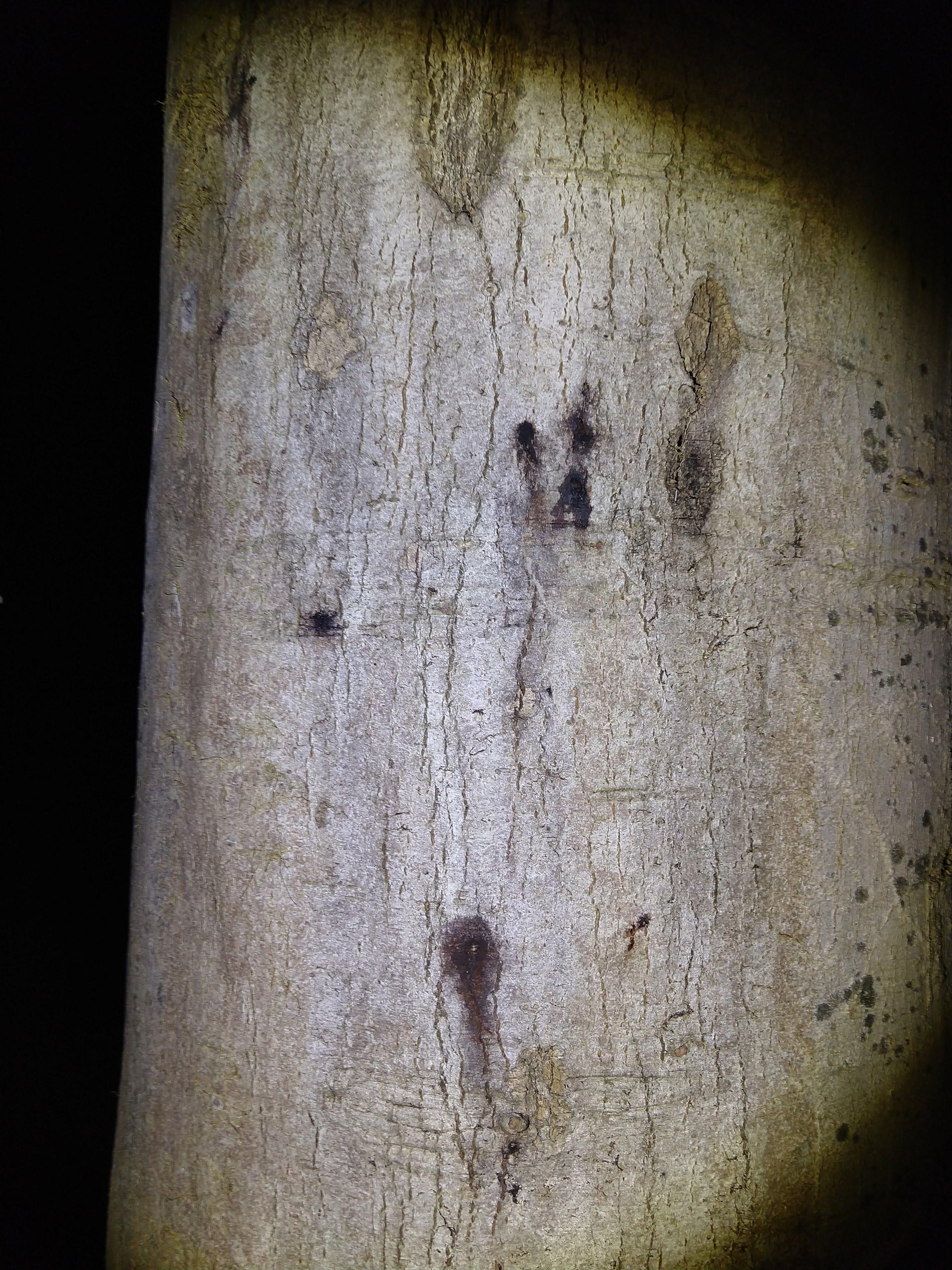 *edit: I embedded the images directly and added some images of the "bleeding" spots which I assume are from Beech Bark Disease?

Actually I don't think it is beech bark disease. First there is no sign at the base of the tree of sprouting of adventitious buds which would happen when there is a sudden constriction of sap flow up on the trunk of the tree. Second the wound is more like an ancient damage which compromised the bark some time ago and allowed the tissues underneath to dry out and cease normal function. This is pretty typical with beech which sails along just fine while the bark is intact, but any superficial damage, even careful pruning, lets in a host of problems. So my reasoning is that if it was BBD then the wound would have been recent, but it's not so it isn't. I do so enjoy playing with unclear pronoun antecedents.

So basically there is nothing to manage. You might examine the wound closely and clean off any loose bark but try to avoid cutting into live wood. Steel yourself to replace the tree eventually by encouraging beech saplings in the area. Most of my beech trees seed prolifically in the immediate area with replacements waiting to take over.

Not the answer you're looking for? Browse other questions tagged tree-care fungus or ask your own question.

5
What is this white fuzz on my oak tree?
7
Bay Leaf Tree (Laurus Nobilis) with severe scale
5
What methods can be used to apply an antifungal to the interior of a tree?
8
Is this fig tree disease or just malnourished?
16
Is this heavy blue-green growth on my tree trunk and branches a form of lichen?
2
I am trying to identify and treat white fungus at the base of a tree
6
Dead leader on maple tree
5
Plum Tree Issue with Rot
3
American Holly tree trimming
4
Hibiscus problems