Why is my cactus losing its thorns?

I bought this cactus four months ago and it had some fake flowers glued to it. I took them off by force and with them some of the thorns were off too. I was hoping that I wasn't going to harm the plant by doing it but since then I think the cactus has started losing some other thorns too. It is placed where it gets plenty of light ( not direct sunlight ) and I water it once in two weeks because the pot does not have a drainage hole in it 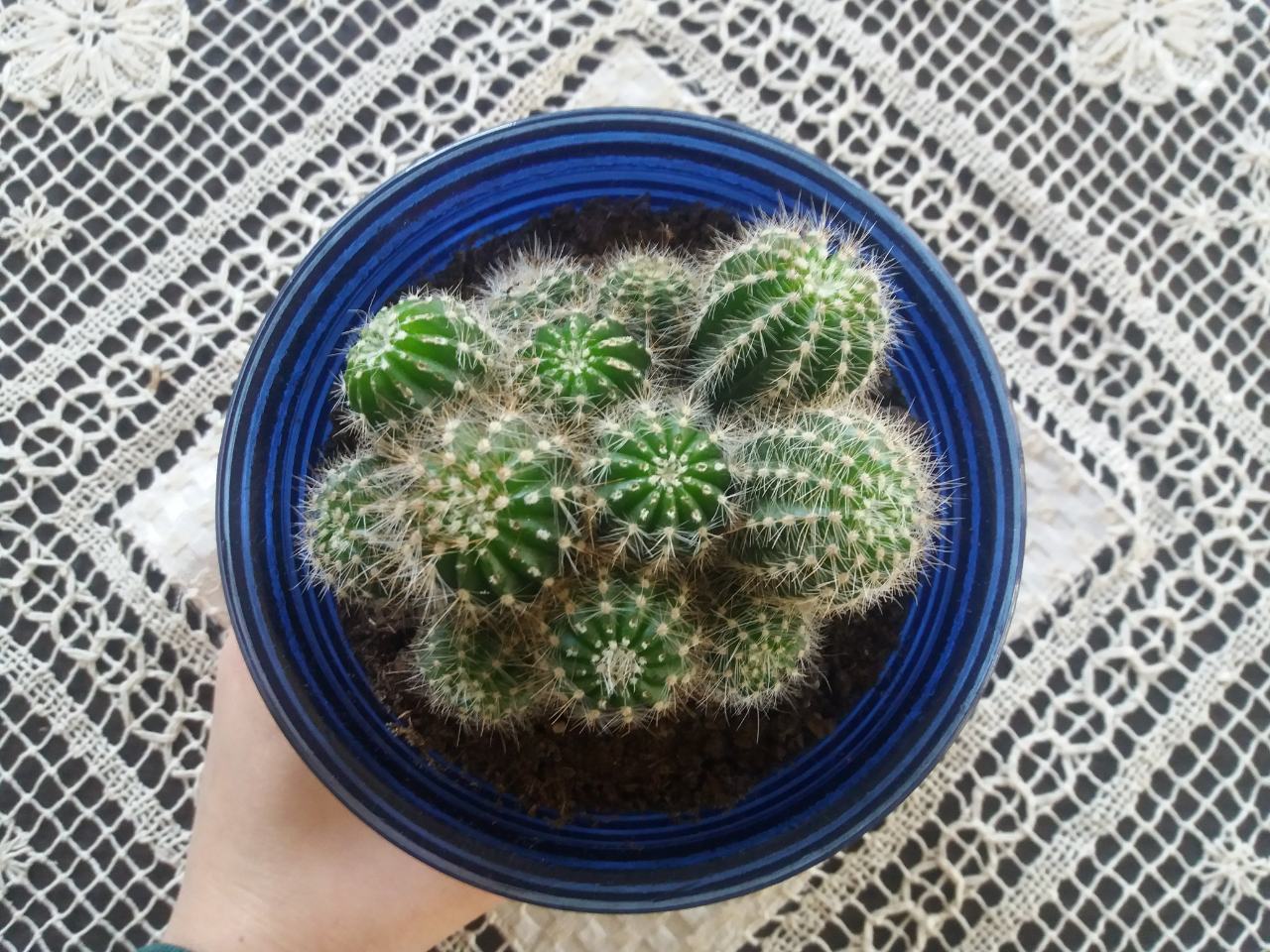 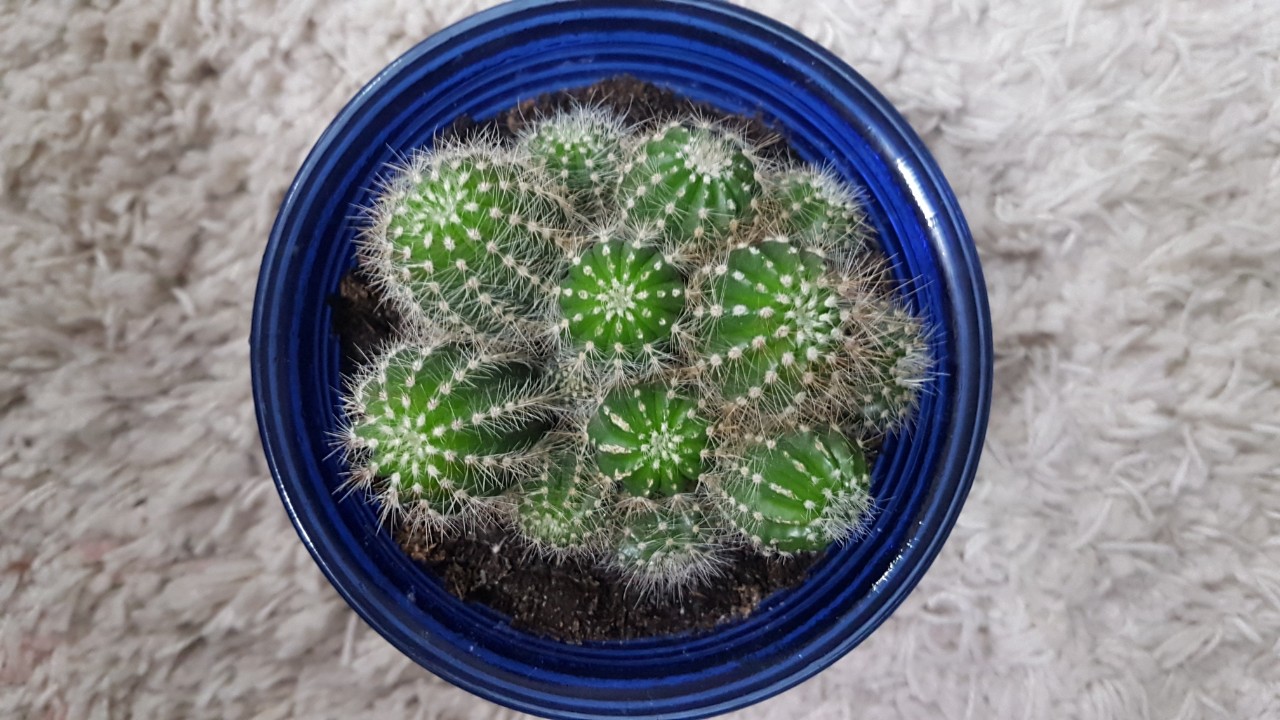 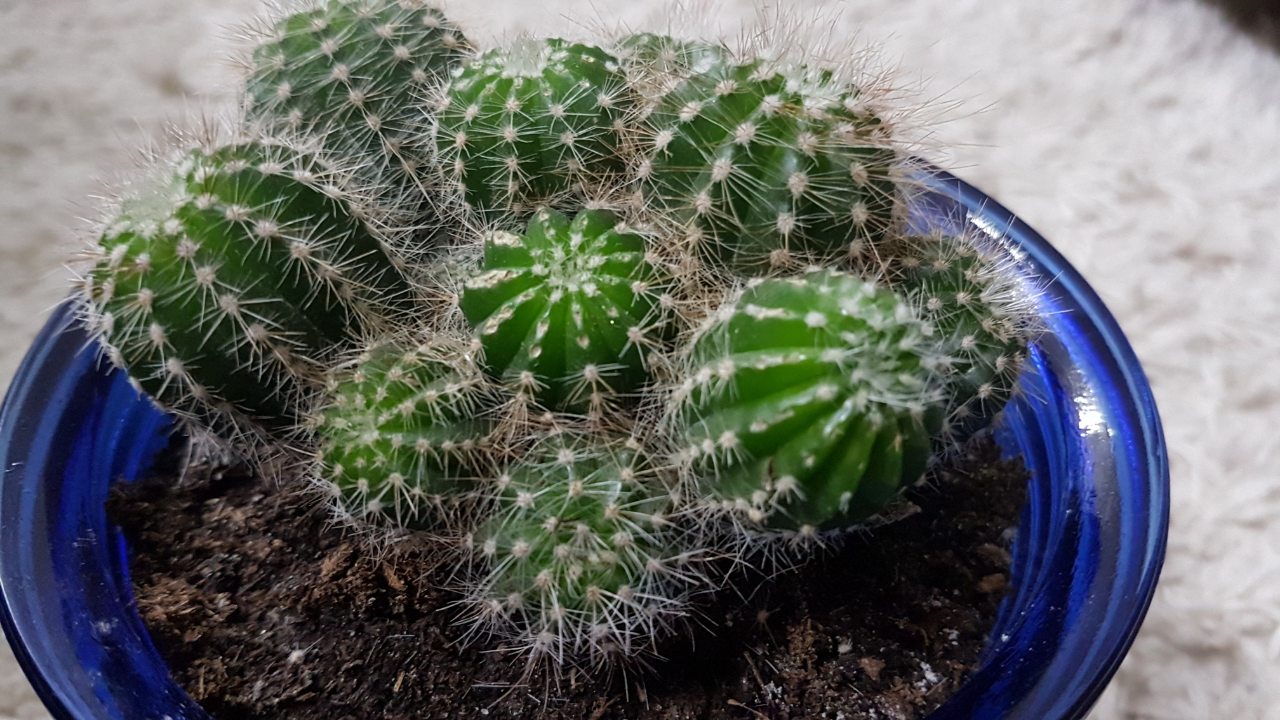 This probably isn't fatal in itself, but it is telling you the plant isn't happy.

The biggest problem is a pot with no drainage holes. Fix that right now! No cacti like having their roots permanently wet. The pictures don't show how deep the pot is, but the roots may have grown go right to the bottom of the pot and are sitting in water all the time.

Another problem may be lack of light. Full sunlight is ideal. If that is impossible in winter, the best plan is to stop watering completely for a few months (say October to March) and let the plant go dormant until the light levels improve. When you start watering again, you are more likely to get flowers (real ones!) and the plant will start to grow quickly after a dormant period.

Yeah, like @alphazero said, get the pot situation resolved as quickly as possible. You can drill holes in that pot with a masonry drill bit or get a pot that has holes.

The problem with the sparse spines is probably a period of stress along with fake flowers being added and removed, followed now by new growth this looks normal. Throw in repotting somewhere along the way.

The places where the areoles are gone will never have spines again. They will become less noticeable as the plant grows. The area of short/missing spines (cactus have spines, roses have thorns, but call them whatever you want, it doesn't hurt anyone!) will always be shorter/more stunted than the rest of the plant. Some cactus have variable spine growth where they are long in the summer and shorter in the winter. They eventually even out (mostly) and you no longer notice it.

Once you get the pot resolved figure out a way to get it more direct sunshine, the more, the better. Slowly introduce it to sunshine so it gets an hour for a few days and add an hour until it's fully in the sun.

Fertilize it with half strength balanced fertilizer occasionally (don't do this if you can't find more sun for it.)

Water when it's mostly dry. You aren't going to hurt it by leaving it a few days too long or too short. Somewhere in between watering every day and watering once every three months.

All that said, I don't see any big issues other than the pot, that will kill it. It's a nice plant.

7
What are the growing conditions for Camelia azalea, especially its water needs?
2
Why isn't my periwinkle flowering?
5
What is this small annual with narrow gray/green leaves and rust colored daisy-type flowers?
6
Why did my pansies die?
4
Strange buds/growths on my cactus
5
Why is my Chrysanthemum dying?
3
Can you identify this plant just by its seed pods?
0
Does anyone know why my pepper leaves are curling up?
4
Help identifying a flowering plant and its pests