Should I prune double “trunk” of orange tree seedling?

A few months ago (IIRC around last spring/summer), I planted an orange seed, which sprouted "twice" (as in, two main growths). I left both going, since by the time it had a few leaves, most of the growing season was gone and I feared it might be excessively stressed trough winter without half of its leaves.

Now, however, it's about to start growing again (I noticed a new leaf turning towards the window, the plant was kept under grow light in a cool room the whole winter) and I'm left wondering: Should I leave both sprouts or should I cut one to favor growth on the other? Here's a couple of pictures to hopefully better explain the situation:

Note: The plant was just repotted (roots started poking out of the old pot), which may affect the decision whether to prune it now or wait until it settles in the new pot. 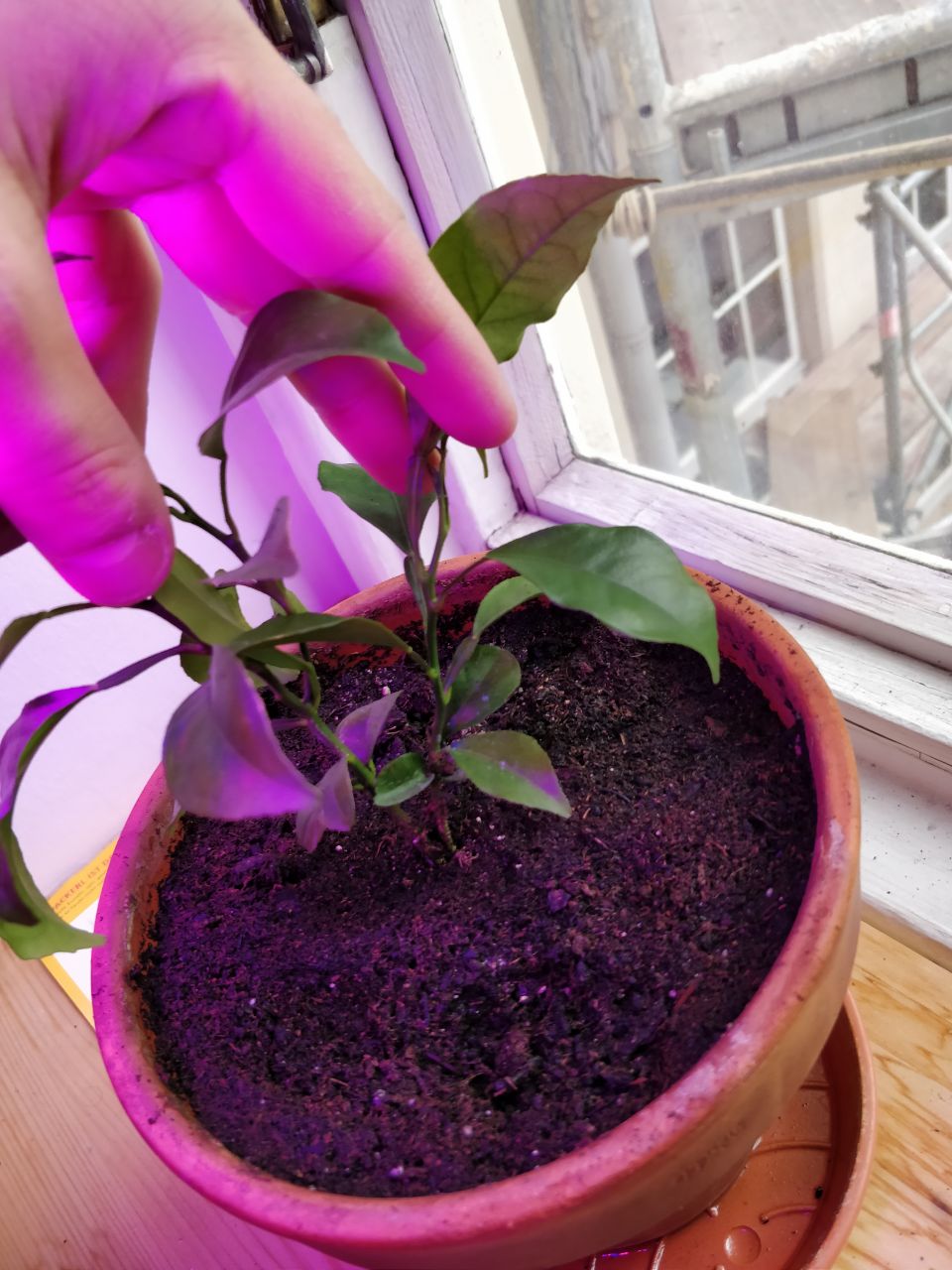 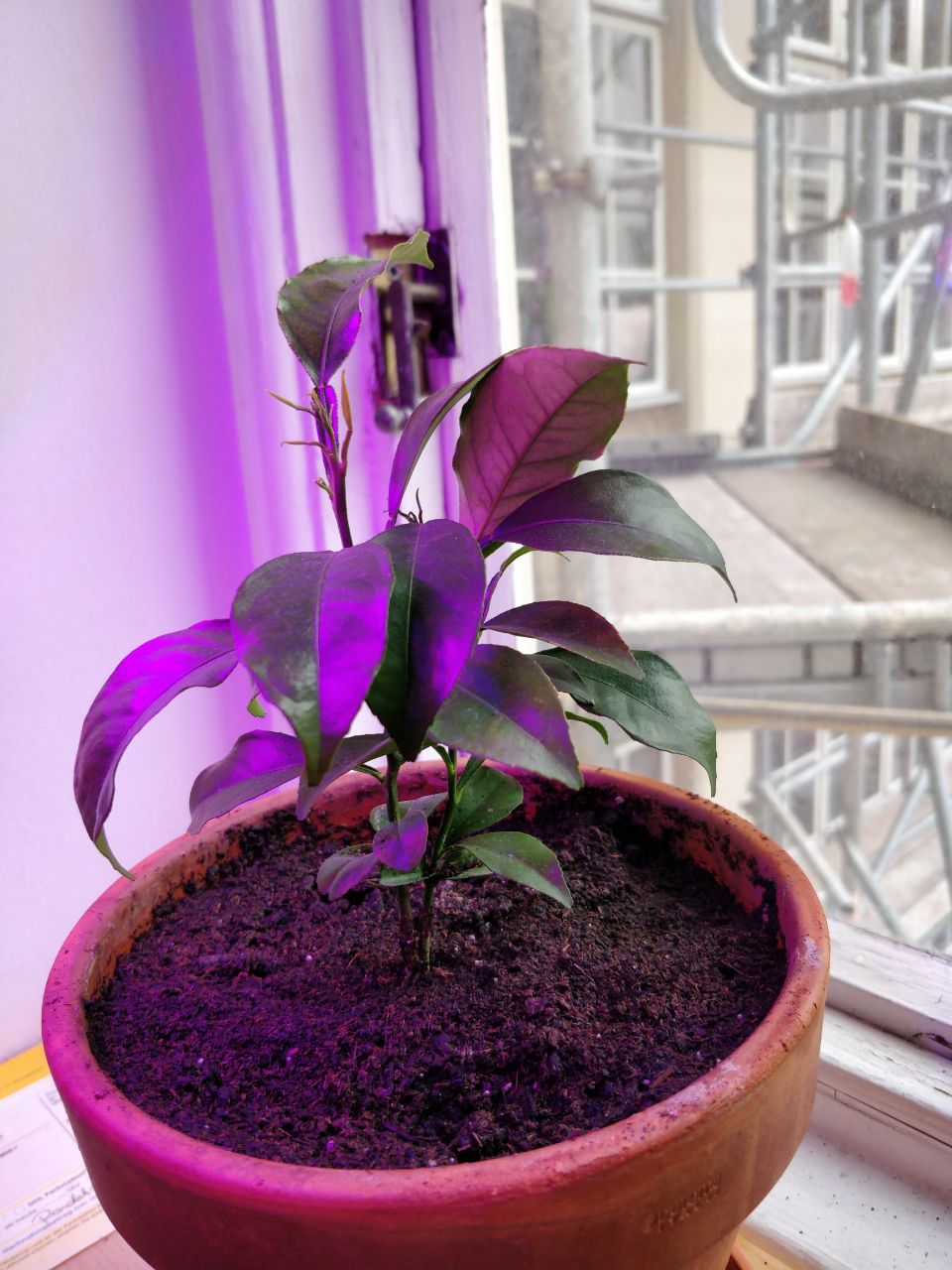 Whether you remove one stem or not depends on what you're intending to do with this plant eventually. Since oranges do not come true from seed, it's difficult to know what size of tree this might make,and what the fruit will be like or even if it produces any fruit for the next 15 years. If you're intending to plant it outdoors later and have it as a proper tree, then remove a stem; if you're just intending to grow it as a novelty houseplant, then having two stems would create a more bushy plant which might be more aesthetically pleasing.

The double trunk on your Citrus plant is because many Citrus are "polyembryonic" which means that they produce multiple embryos (usually one from mother tissue, and one from pollinated tissue). It is likely that one of the shoots is a clone of the mother tree, so it will bear fruit that are the same as the mother tree. But, since you are not interested in the fruit, perhaps you might consider separating the two trees at this early stage of development and growing them separately as house plants. They should separate quite easily if you repot them again.

If you choose to separate them as two house plants, you might be able to observe how they differ from each other. This is just a suggestion - both of your plants seem to be vigorous and healthy. Thank you for the question. One of the links below is quite scientific, but between both of them they may help you with your decision about your citrus seedlings.

Not the answer you're looking for? Browse other questions tagged seedlings citrus or ask your own question.

6
What to do with Autumn sown peas now they're showing?
7
Improving Maple growth?
3
Light patch on tree trunk
3
Oak Tree Seeding
2
Sour orange tree
1
Herbs - Help with transplantation of dill seedling to slightly bigger pot
1
What could this little plant be?