This is what I determined before I started. Good planning is essential! 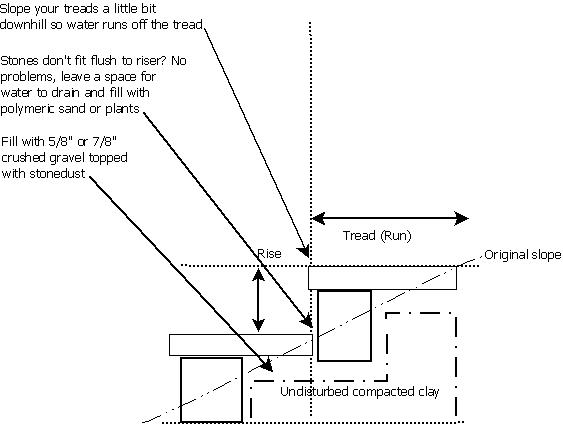 After two hours work removing grass to the bin 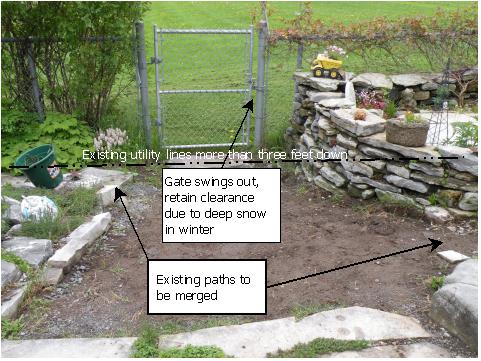 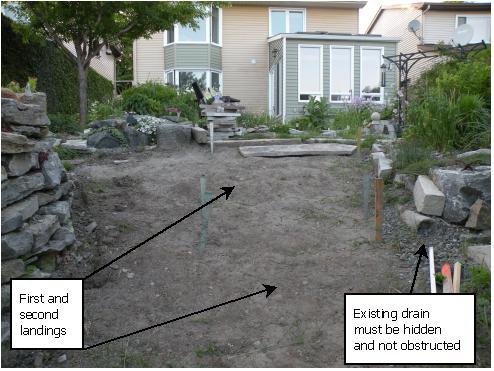 After 30 hours of work 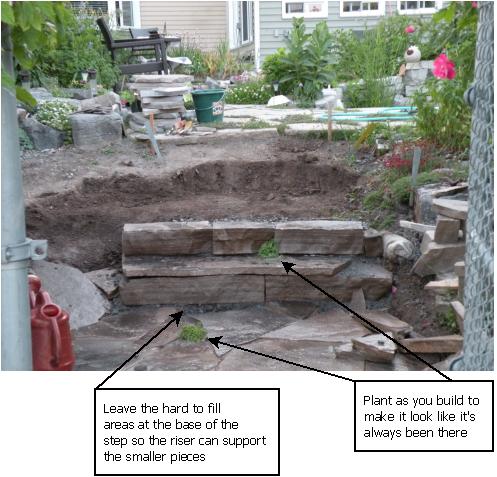 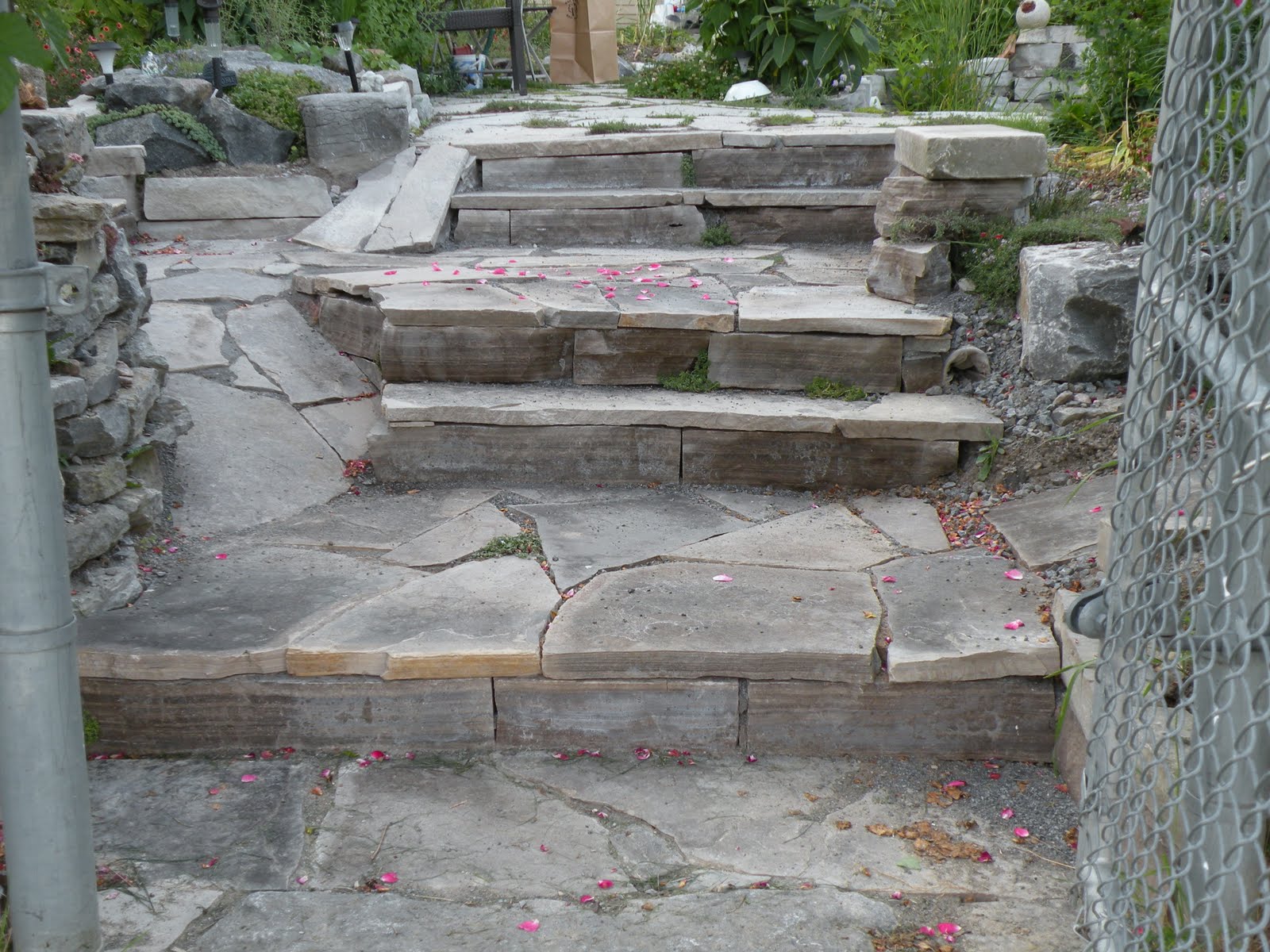 and as it looks in 2014. The only maintenance was using some construction adhesive to glue stones to the risers after a bit of winter frost heave. 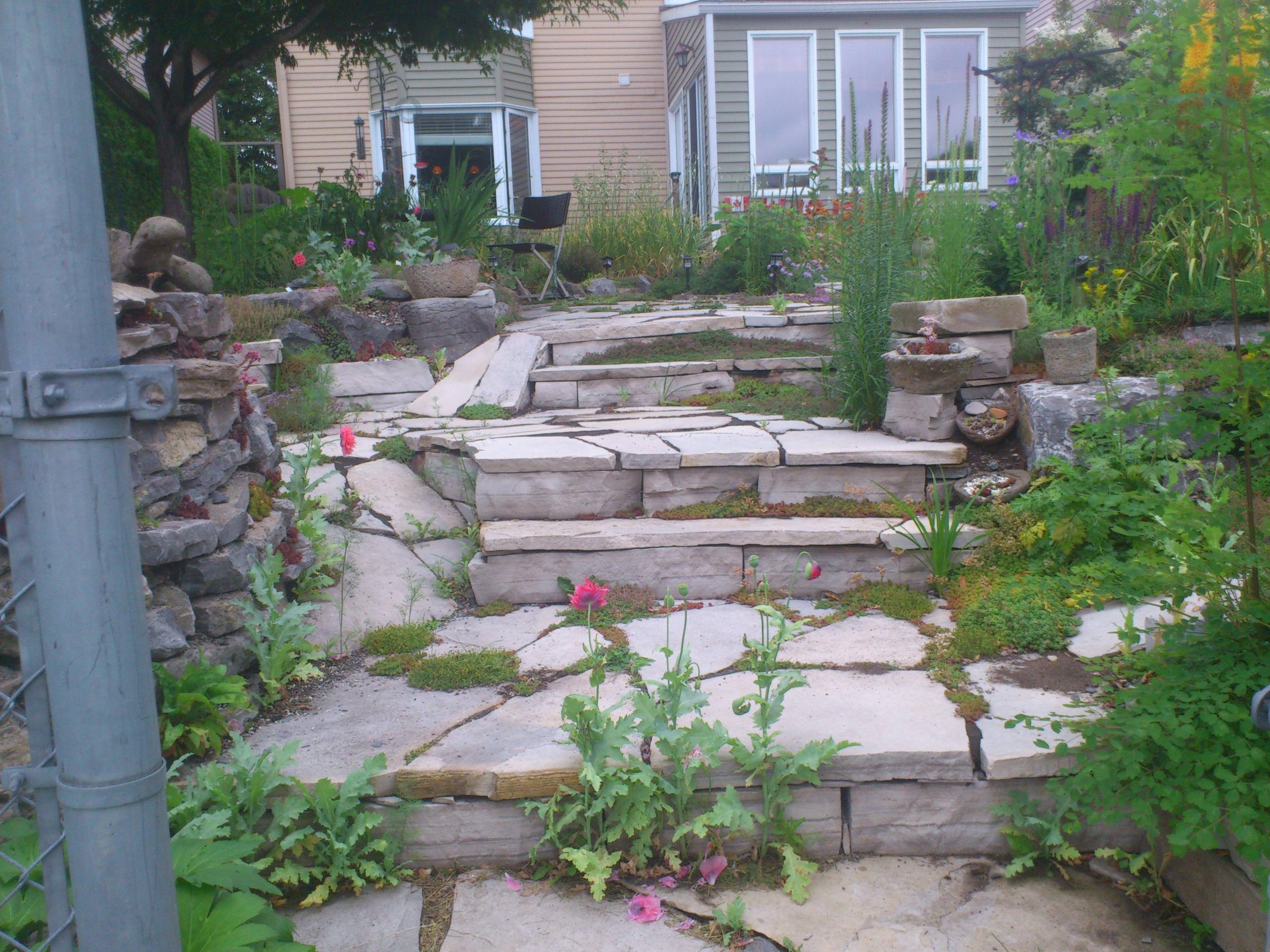 Edit: I had a base plan on pencil and paper but it did not survive being outside during the excavation. The ramp was to allow skiers to go up the grade during the winter. Small dogs like it too. Unfortunately there was no way to make it accessible by published standards as the slope was too steep. I would have to start the ramp at the door from the house to make the recommended slope of 1:20.

By 2021 the steps only required annual maintenance to deal with loose flagstones but I have replaced the steps with blocks of stone. They are much more expensive but do not let weeds grow and they don't shift after a winter freeze/thaw.

Good mentioned above, but if you want a more naturalistic approach, what you do is place heavy stones over site and press them, then rock cut the top surface to a flat step or have the rocks cut before arrival 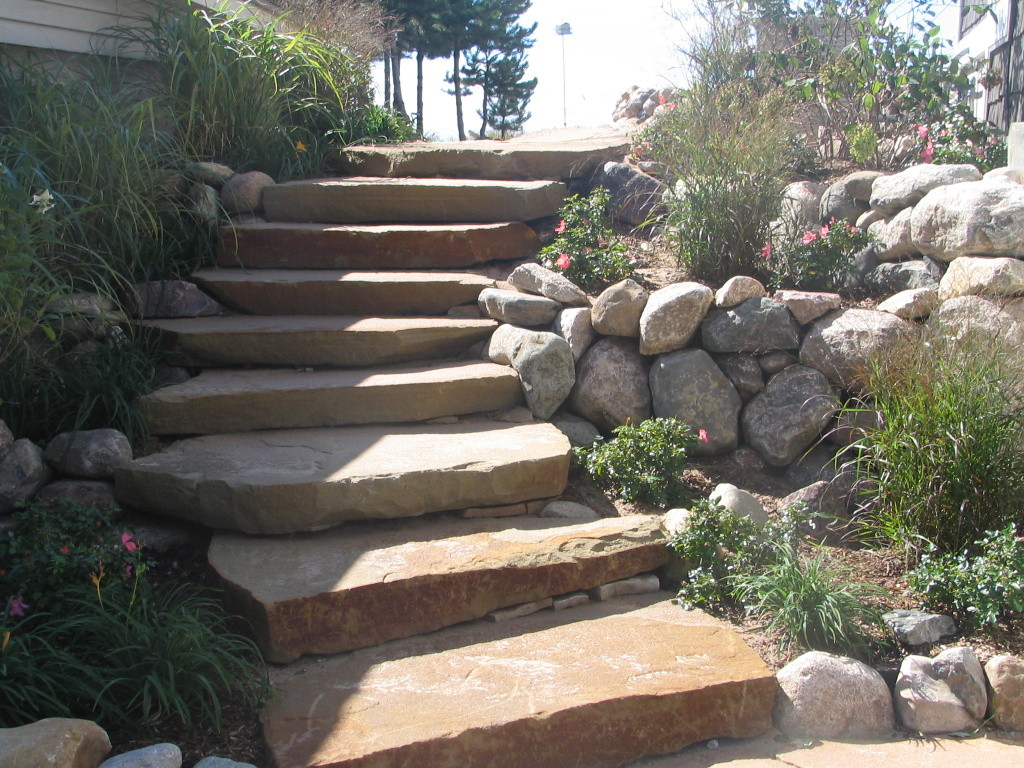 Its usually cheaper than a total pave job, keeps and retains softscape for planting, gritty surface texture makes it less slippery when it rains/snows.

Not the answer you're looking for? Browse other questions tagged hard-landscape or ask your own question.

8
How should I re-stack a dry stone wall?
6
What do I need to know to build stone steps?
3
Options for building a ramp on a steep hill