Tomato plants: together or separate and replant?

I am growing some tomato plants indoor this season. I always burry 2-3 seeds together just in case one does not sprout. Each pellet containes the exact same species of plant.

Can the tomato plants grow so close together? Should I try to separate and replant them? Any advice and info helps. Thanks! 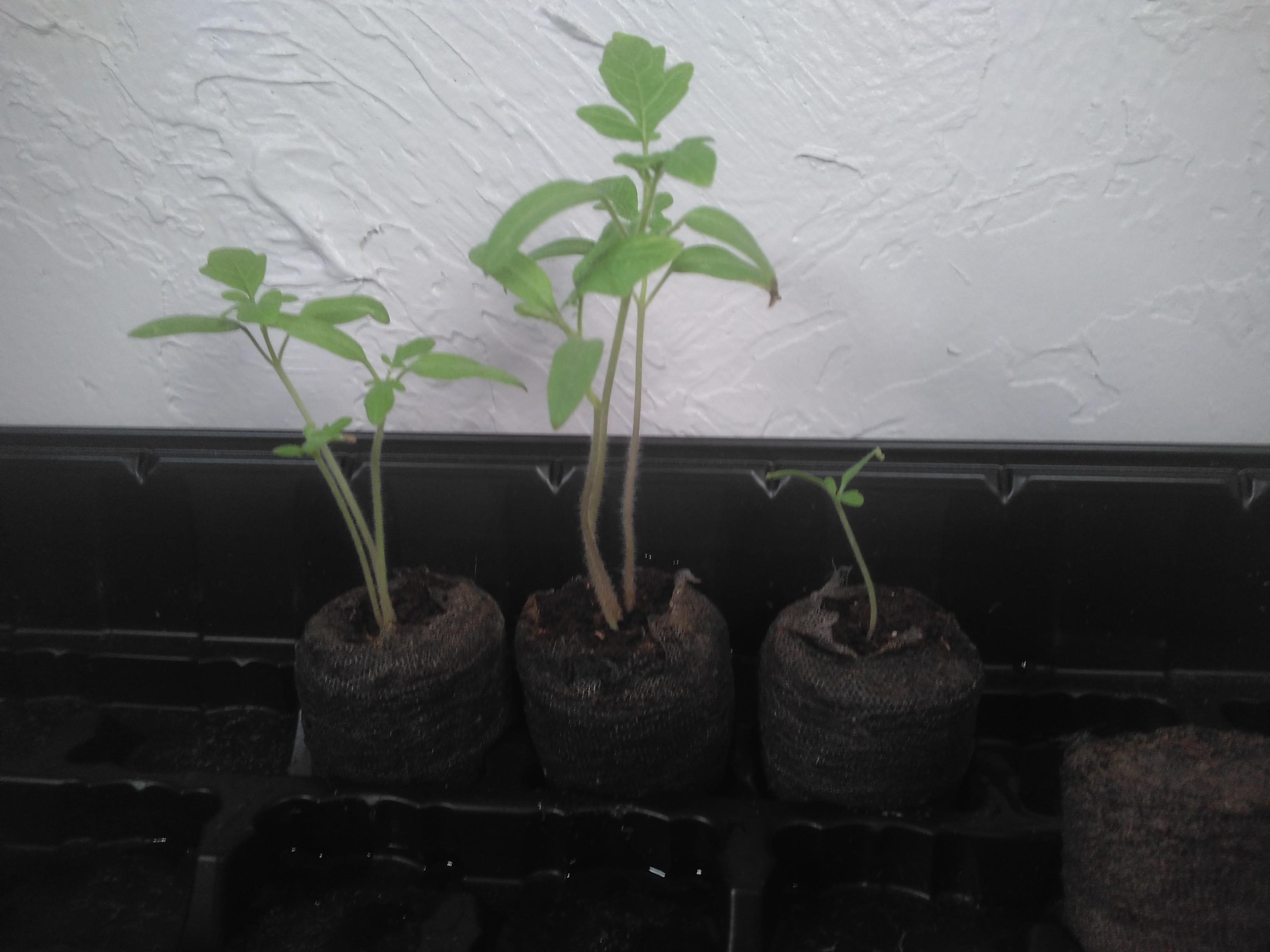 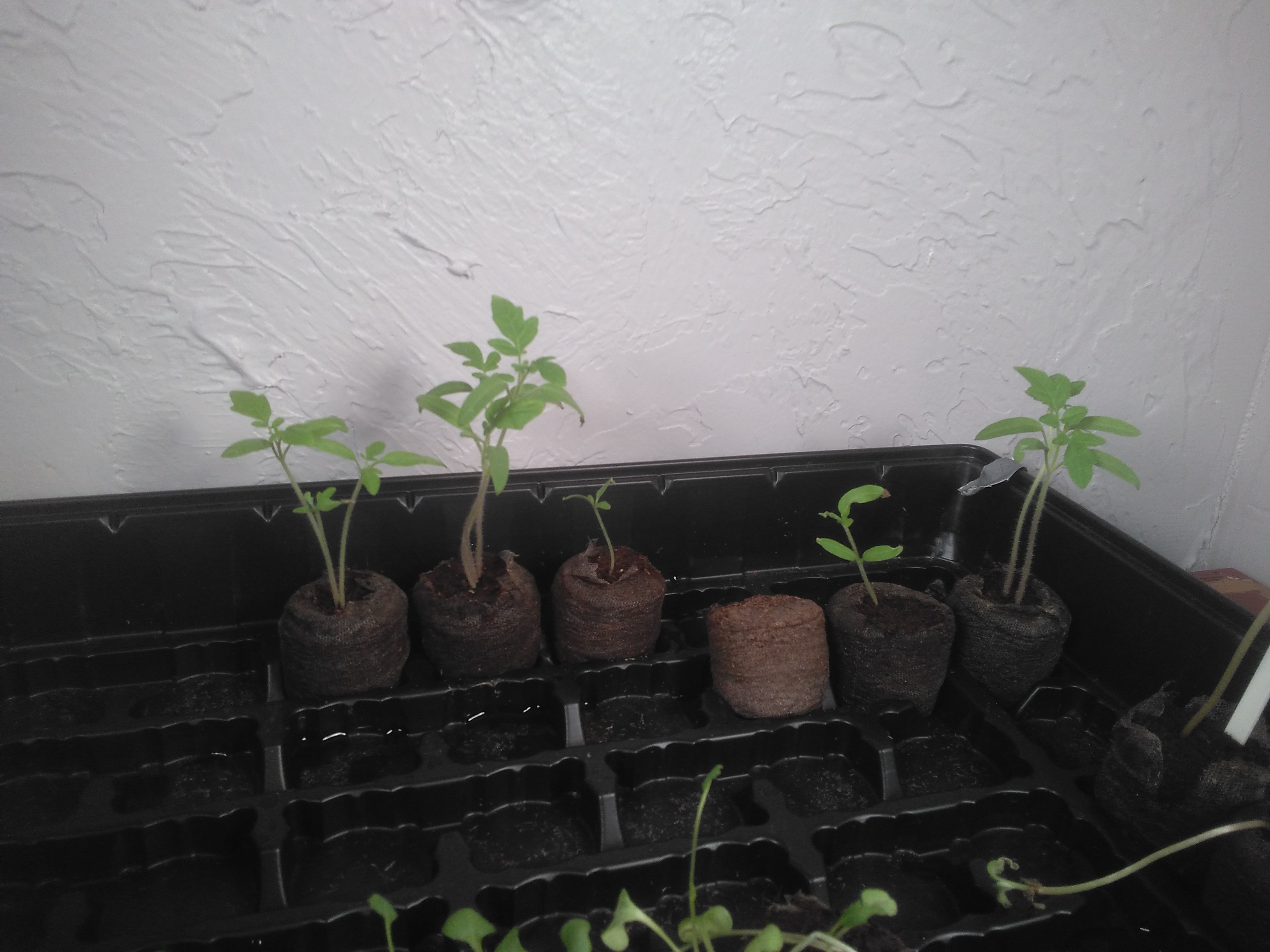 Update 2/10/19 Separated and replanted, they are doing well. 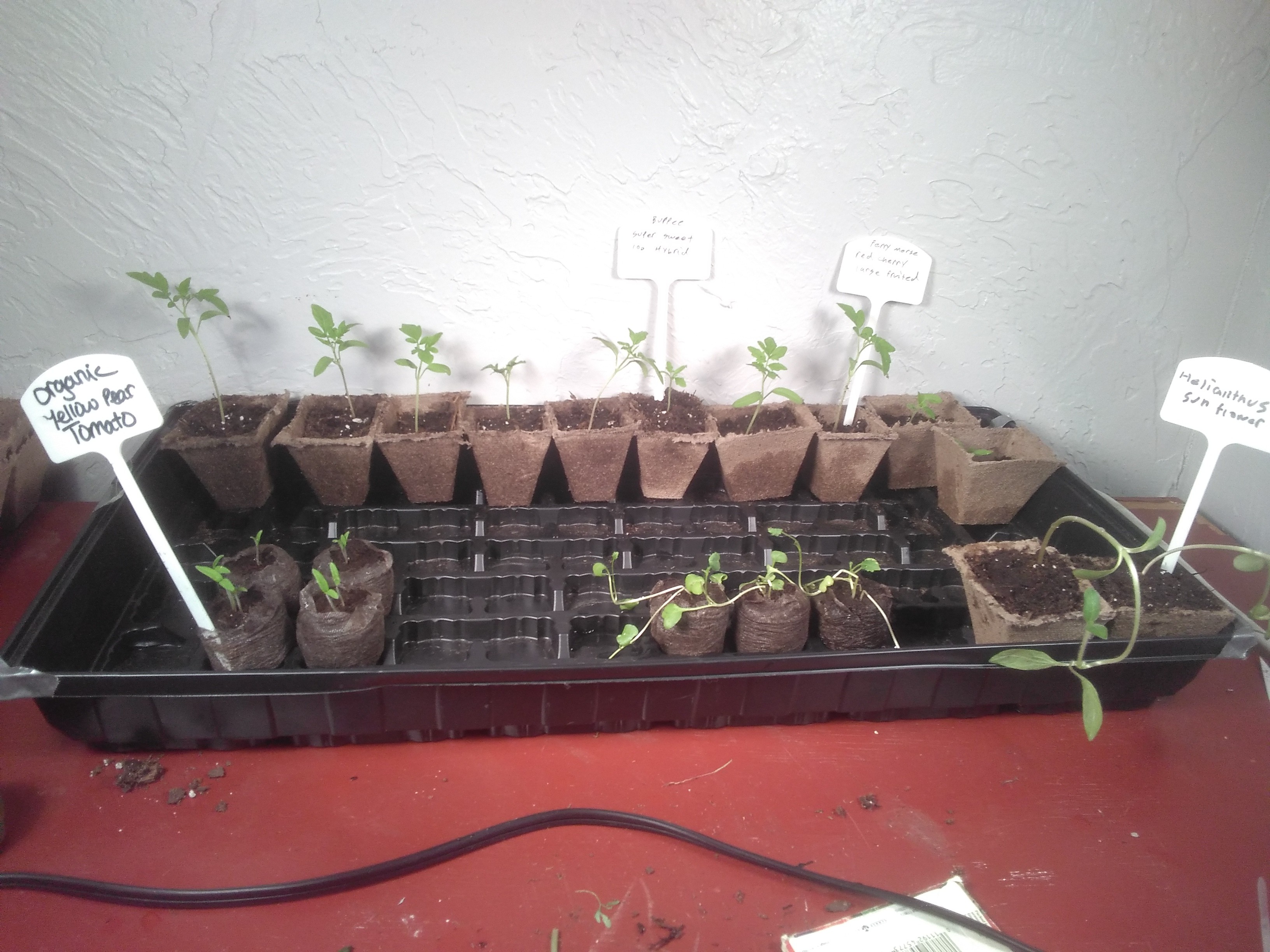 I always plant three to a pot, then separate the (usually three) survivors into separate pots. Your plants are just where mine usually are when I do this, so now is a good time. To separate, I try not to touch the plants at all - I use small use plastic pots, which means that all I have to do is water well and, 24 hours later, push the soil out of the pot (it comes out intact). I think you can get the same effect by cutting the netting off of the product you're using and peeling it away from the soilless mix inside. Once freed, the soilless mix will fall apart and your plants will be ready for repotting.

Tomatoes are tough - as long as you don't damage the stem and then water well, yours should be fine.

You don't really need to separate them until your final transplant, but it's probably better to do it beforehand, if you have the time and resources.

The seedlings will be fine in the same container, but they'll use up the nutrients faster, and they won't grow as large. When you separate them, they should get a growth spurt soon afterward to get to the size they would have been had they been separated earlier (that's my experience).

Don't keep them together after the final transplant, however. That can often cause production to go down significantly (but the plants should be fine foliage-wise).

However, as alphazero inferred, you might have more success if you just cut off the extras per container, and let one grow with undisturbed roots. However, you can still grow tomatoes fine if the roots have been disturbed at some point (they do heal), but plants with less disturbance might do better. I've done both and have had success with both (and I'm not sure, but it seems like the undisturbed ones were earlier and grew faster). If they're determinate, I'd probably recommend avoiding disturbing the roots.

I would separate them to some extent. I have had rows of tomatoes before and one can choke another of sunlight and water if they are planted too close together. That being said, having them intertwine with one another can help give structural support. Simply put, follow the instructions on the seed back about how far apart to plant your tomatoes.

The idea of sowing several seeds together is that (at least on a commercial scale) seeds are cheap compared with the cost of compost, pots, physical space (including heating costs) and labour to plant them singly, if the germination rate is not going to be close to 100%, or the germination period is very variable and the plants will not all be ready for transplanting at the same time.

It isn't worth the chance of damaging the plants by separating them. Just cut off the weaker plant at ground level as soon as possible - don't bother trying to pull the roots out, it won't grow again with no stem or leaves unless you let it get too big before you removed it.

I did this last year with all of my starts (kale, chard, spinach, squash), and only the healthiest of my seeds survived, but as they were near each other, and competing plants are known to "gas" each other.

Not the answer you're looking for? Browse other questions tagged indoors tomatoes spacing or ask your own question.

6
When should I replant Home depot (Bonnie) tomato plants
4
Have I planted my tomato seedlings too close together?
4
tomato seeds not growing
11
Plant recommendation for gift for kindergarten students
2
Tomato Plants indoors over the winter
4
Why are my tomato plants wilting?
1
staking tomato plants
1
Are these aphids that I've found in my indoor greenhouse and trying to figure out what this caterpillar like creature is?