Help! i don't want to kill this plant

Does anyone know what kind of plant this is so that I can figure out what it needs?? A friend of mine gave it to me as a "Friendship" plant that has been in her family. Supposedly you can grow other plants off it shoots, but I have nearly killed it!! 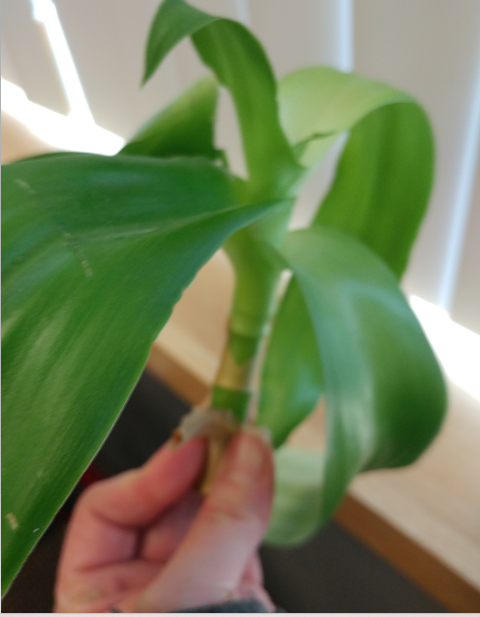 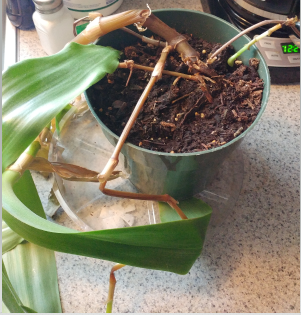 It is Dracaena sanderiana, commonly known as lucky bamboo, a name which is used particularly if it's growing in water rather than in soil. It will grow in just water, but does just as well in potting soil in a pot. It likes indirect light, not sunlight, and the soil it's growing in should not be allowed to completely dry out, so watering as soon as the surface of the soil feels dry to the touch is important. Don't leave it sitting in water in an outer tray once the plant has drained down though - although it will grow in just water, it won't be very happy growing in soil which is sitting in water at the base.

Keep away from heat sources, and place somewhere with a relatively even temperature that does not fall below 65 deg F as an absolute minimum. As yours has collapsed, you could try getting it to produce new roots from the stem at the base by standing it with the bottom end just under the surface in a chlorine free water filled bottle, then repotting once it's produced roots. Further information here https://www.thespruce.com/growing-lucky-bamboo-1902994

Hard to say from the pictures. But from what I see it looks like lucky bamboo.

Is it toppled over? That is usually a sign of way to much water or heavy temperature drop. Which is kind of surprising as lucky bamboo can take a lot.

Anyway the leaves look healthy so if temperature is stable at its current place and if the amount of light is okay there, it might help to just leave it alone so it can recover.

Good luck, keep us up to date

8
What is this small plant with large dark green leaves, and how do I care for it?
3
What plant looks like a Peace Lily but has no flowers?
3
How long should a golden pothos cutting remain in water?
7
What kind of plant is this, I never seen this plant before
6
What to do with this Bromeliad?
3
Is this plant Aloe vera?
5
House plant recommendations for disabled elderly gardener
5
This plant doesn’t want to stay alive
1
Can this fittonia argyroneura be saved?
2
Granny's Maranta Leuconeura (prayer plant) is dying. PLEASE HELP!