Is it safe to consume fruits from plants grown in metal cans?

We drink a lot of coffee in our house so we have tons of these aluminum (?) cans (about 10cm in diameter): 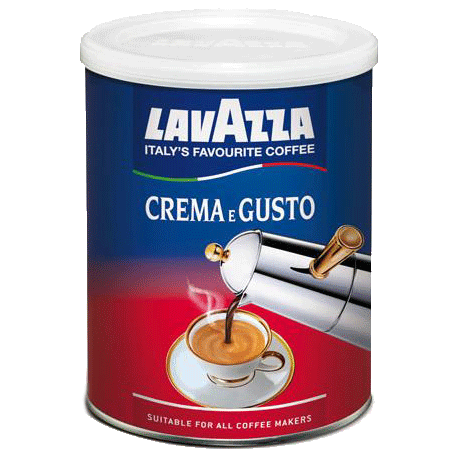 I would like to re-purpose these cans as growing containers for some hot peppers (Capsicum X). I can imagine any acids in the soil can dissolve the metal of the can, despite it probably having some inner coating. Is it safe to eat fruits harvested from a plant that grew in a metal container?

I can't tell how tall and wide the can is, there's nothing to give reference for scale, so its possible the can is not of an appropriate size to grow a reasonably sized plant. However, given you don't really know what it's made of, I wouldn't recommend using the cans for edible plants; there may be tin in the mix of materials used to make the can, and that can be absorbed by plants. Even if the interior is coated with something safe for foodstuffs, you will, of necessity, be damaging that when you drill holes in the bottom for drainage.

There is another drawback with metal containers in that they provide absolutely no insulation, allowing cold and heat to penetrate the soil inside (and the roots of your plant) freely. If you want to try growing ornamental plants in them, that's fine but the caveat re insulation still applies. https://www.hunker.com/13427185/can-you-grow-plants-in-tin-containers

If you know that aluminum is your only concern, I wouldn't be too worried about whether your plants would be toxic to eat. Soil in and of itself is already high in aluminum. So, plants are probably pretty good at absorbing only amounts that are needed. However, the form of aluminum may make a difference there. So, it's hard to say for sure.

Now if you were asking whether growing rice in soils high in mercury and arsenic is a good idea, I would give you a resounding no (unless your purpose is to accumulate the metals to help purify the soil and then toss the rice). Some plants do accumulate some metals. It's different for different kinds of plants.

So, I imagine what you're actually growing in these cans makes a big difference as to whether it's safe for you to eat the resulting plants. I don't know about peppers there.

Cans are often lined on the entire inside (not just the lid or some such) with BPA (or a similar chemical), which is a xenoestrogen. And while BPA isn't exactly good for you, this is to prevent too much of the metals from leaching into the can and/or corroding. I don't know that plants accumulate BPA in their fruits, but I have my doubts. The chemicals might affect the plant growth and/or behavior, however. They also put BPA in soda cans (which are full of carbonic acid; I understand that plant roots also produce acids; so, I don't know that they would remove the BPA). Bacteria/fungi in the soil might degrade the BPA faster than the plants, however.

Not the answer you're looking for? Browse other questions tagged containers peppers toxicity or ask your own question.

2
Are garden gnomes and similar decorations safe to install indoors?
3
Are pepper plants worth trying to save after root rot?
2
Are there five Fresno pepper fruits growing from this flower?
4
Is wood ash from black locust harmful to plants?
5
Is it safe to eat veggies grown in soil that has soured?
5
Are my bananas safe to eat after being flooded by Harvey?
3
Is a metal stock tank okay for worms?
3
Does ash from cigarettes help plants?
2
Is it safe to burn Wisteria trimmings?