What's wrong with this Manchurian pear

I've got a number of Manchurian pears which seem to get brown leaves recently. They're being watered automatically for ~15min every night. I can't see any pests on/around the trees.

It's been a hot couple of week (north east Victoria, Australia), so maybe it's dried. (just increase the watering time?) But I'd like to make sure, because they survived without any watering for a couple of months around the time I moved in. 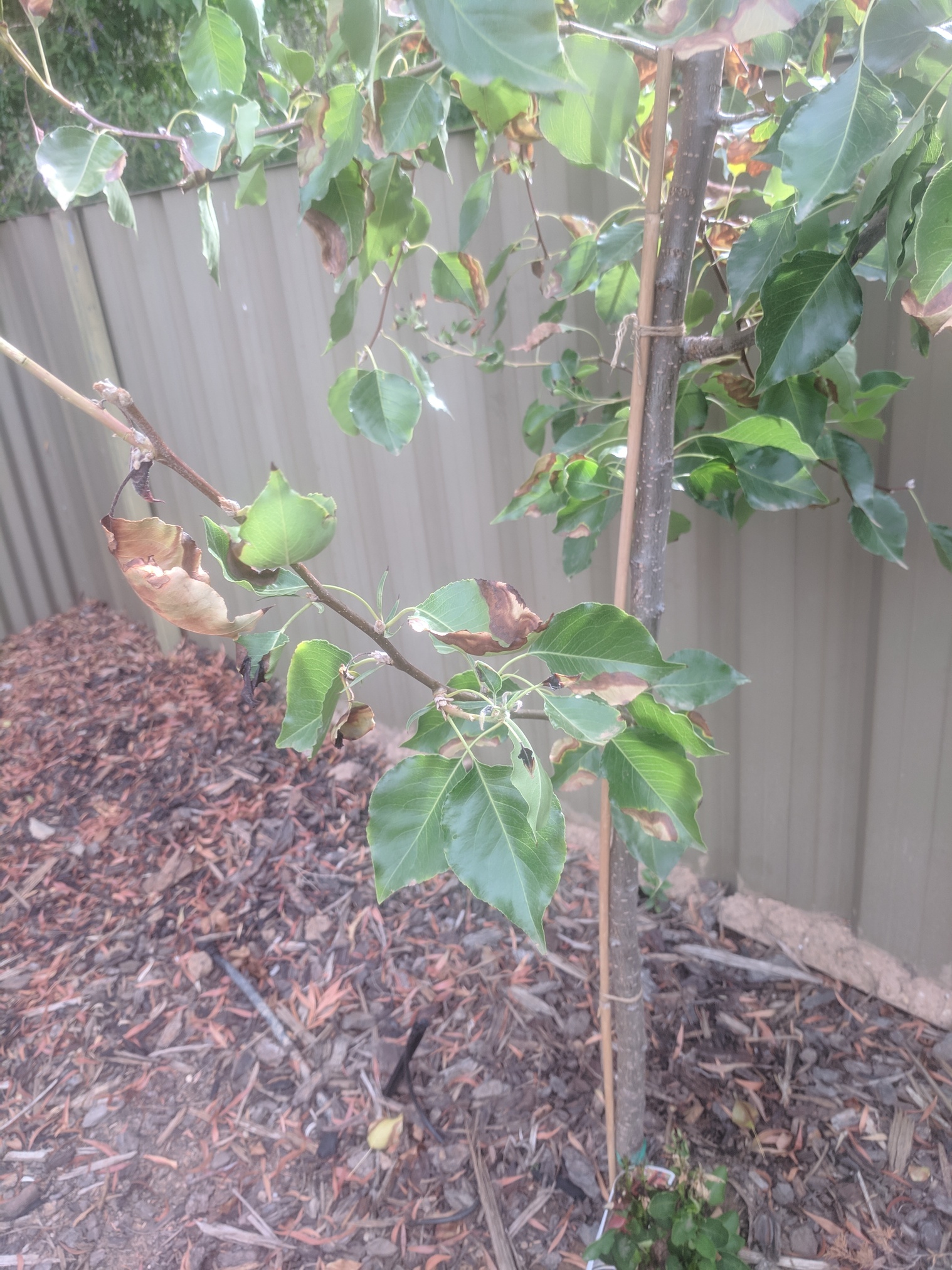 I don't think its being watered deeply enough - 15 minutes every day is only sufficient for the top half inch of soil to feel damp, it won't be penetrating any further than that, especially if your weather is very hot, so the roots of the tree won't be getting the water. The one in the image doesn't look very old, and you don't say when you planted it, but in order to encourage a deeper root system, it's better to soak it thoroughly for an hour or two every few days rather than just wetting the top of the soil for 15 minutes daily, especially if its very hot and dry. Even in the UK, this thorough soak (only during hot, dry spells in summer) would be every 5 or 6 days for a tree planted within the last two or three years, reducing to once a month maybe for the next year, and only then during hot, dry spells - after that, we'd expect a tree to cope on its own. However, the climate where you are is presumably hotter and drier during summer than the UK, so I imagine you might need to water more often than we do here, but its still better to soak it thoroughly less often than following the regime you've got functioning at the moment.

Not the answer you're looking for? Browse other questions tagged tree-care pear or ask your own question.

17
How to deal with suckers on a Bradford Pear Tree?
13
Why is my new Acer tree dying?
4
What's the name of this pear cultivar? (green skin with brown coating)
3
Fire Damaged Bay Tree (Laurus nobilis) - What to do?
4
Tips for raising a Ginkgo from a seed?
3
Does my bay tree need plant food?
1
Newbie with yellow/falling avocado tree leaves
2
What's wrong with pine tree?