What should I do with a secondary shoot on my lemon plant?

I’m growing a lemon plant indoors. After I planted the seed, two shoots came out of the seed. At first I thought the larger one would overwhelm the smaller and the smaller one would die. Growing it in England I didn’t want to run the risk of killing both plants by trying to untangle the roots.

Now I wish I had, as I think it’s way too late. I now think the smaller one is stifling the growth of the larger. Is it safe just to pull the smaller shoot out? Or might that potentially harm the larger one? Any advice people have would be much appreciated. 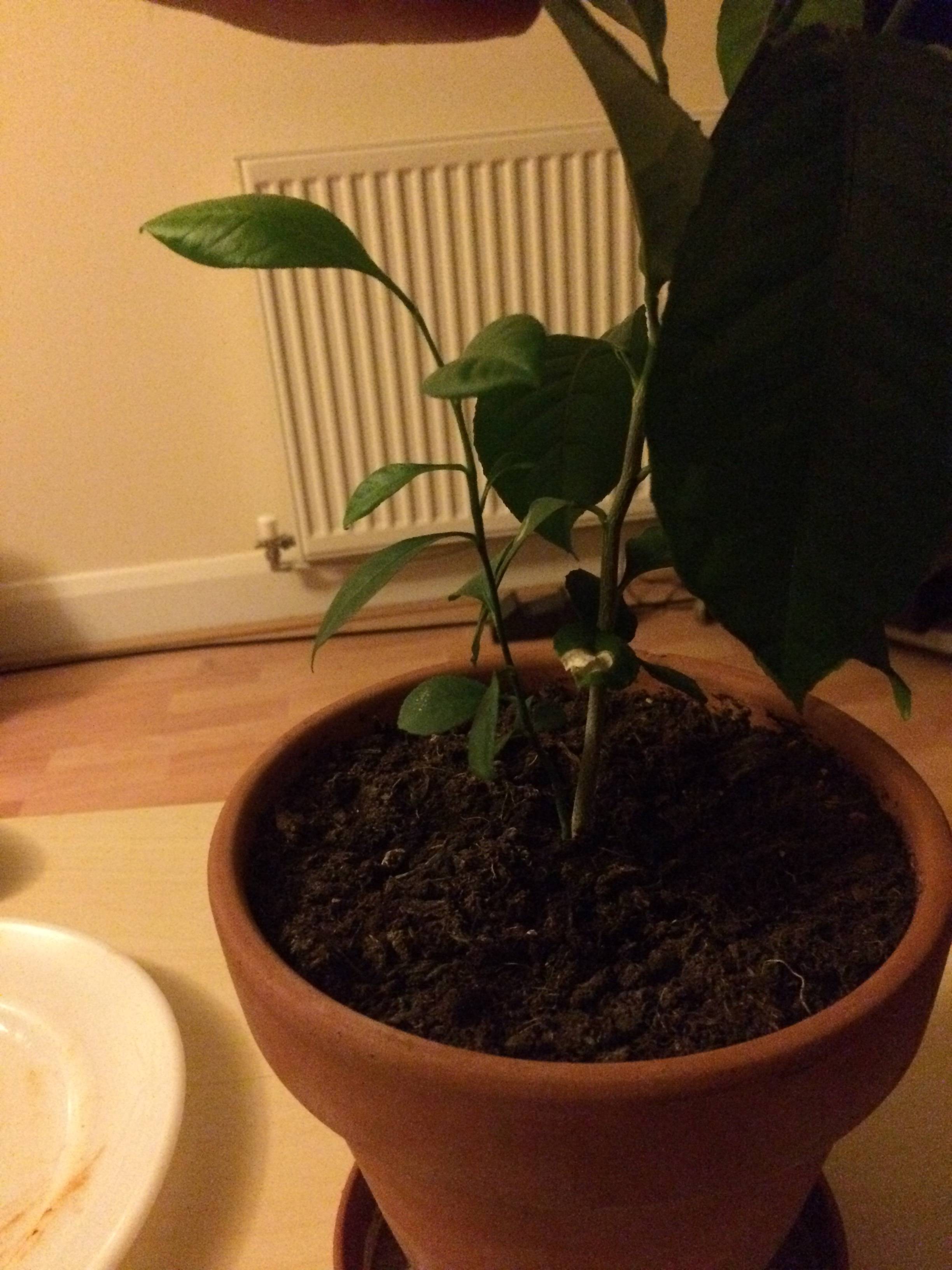 Just pull out one (and maybe you can try to put it in a new pot). Maybe there were two seeds, or just one seed and the stem broke early, so there are two new similar stems. In that case you will find no root, and so cut it.

If you really do not want to risk, but you want only one plant, cut the other near the first leave (with or without it). The other part will grow much better. Then next year you could remove the small one, which is either already dead, (one seed, one plant) or just weak, and the other will have better roots, not to complain to your "operation".

If you only planted one seed, then both shoots are from the same seed, and both will now be conjoined at the roots, in other words, growing off the same root system. That means you can't pull out the weaker shoot - if you want to remove it, cut it off at the base, but otherwise, just let them both grow as they are, the plant will still grow just fine, it'll just look more bushy, that's all. Either that or the weaker shoot will just die back on its own.

Not the answer you're looking for? Browse other questions tagged indoors lemons or ask your own question.

3
My indoor lemon tree is an offshoot. What should I do?
6
How to develop fine roots in potted plants
5
Is this lemon ready to pick from my small tree?
3
Will a punctured stem harm my pepper plant?
3
What is wrong with this lemon tree? What can be done?
1
Weak lemon stem
1
Help with lemon tree and encouraging new branch growth
1
Is it possible to revive a lemon tree with no leaves and one lemon?