I accidentally dug out an almond seedling to realize that all the 3 shoots come from the same seed.

Is this a common occurrence? What is the branch in the middle with a brownish tip that I broke please? 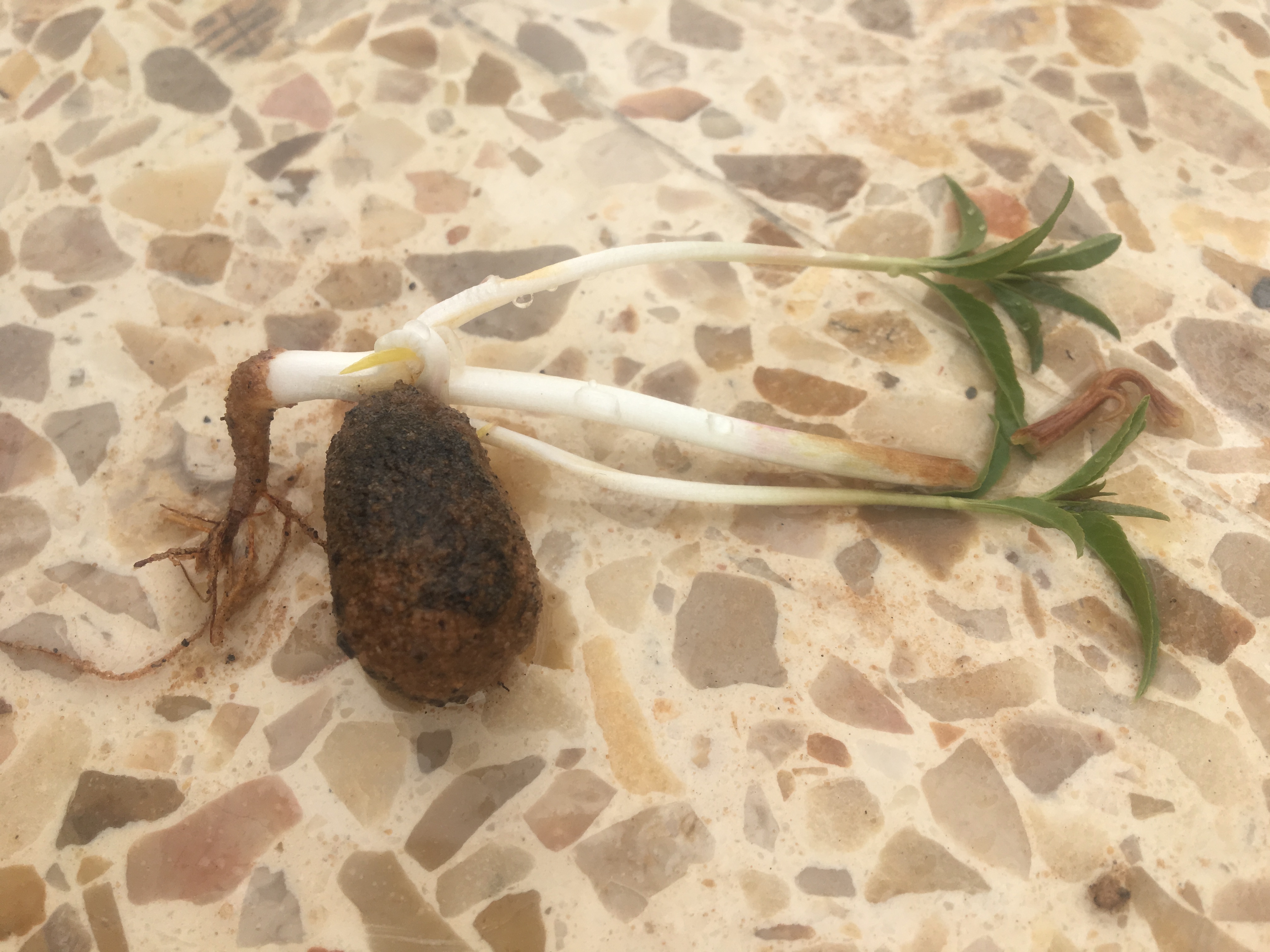 Likely the germinating seed initially had one main shoot (the brown tip), but this was damaged for some reason and could not fulfill its role. The response of the plant will be to try to replace the broken main shoot by sending out one or more side shoots in an attempt to replace the "leader". In this case there are two shoots. Quite possibly one will naturally become larger than the other and will eventually be the strong leader.

Once the strong leader establishes itself, if you want you can remove the lesser side shoot. Things happen from time to time, not a problem in this case, pot it up and watch it grow into a magnificent plant.

I have a version of this on the windowsill, where two shoots are conjoined. It happens to be the first almond I see sprouting. TBA

Not the answer you're looking for? Browse other questions tagged seeds germination seedlings nut-trees almond or ask your own question.

3
Will this pepper seedling survive being spilled from it's pot?
7
Why is my apple seedling shriveling up after like 15 min, every time I remove the plastic dome?
2
How to properly germinate almond seeds and start growing them?
3
Is it worth treating non-germinating seeds, or should I just toss them? Watering new seeds?
5
What is this whitish feather on my Echinacea seedlings?
4
Japanese Maple Seedlings Dying For No Apparent Reason
1
Seedling growing into adjacent seed
0
How much drainage in seedling potting mix?