This plant did good for a month before i bought it and then it caught powdery mildew. The buds began to rot and fall off. So after trying simple hacks like sprinkling baking soda solution, soap water solution etc it didn't seem to revive and i cut off its branches. Once there was new growth in it, some red spots appeared on it. Very tiny ones. And now the leaves have this white rough texture. I just discovered that the red spots are actually some pests. Do you think this plant is gonna survive? I haven't fertilised it. I just used some organic neem biomix in the soil. 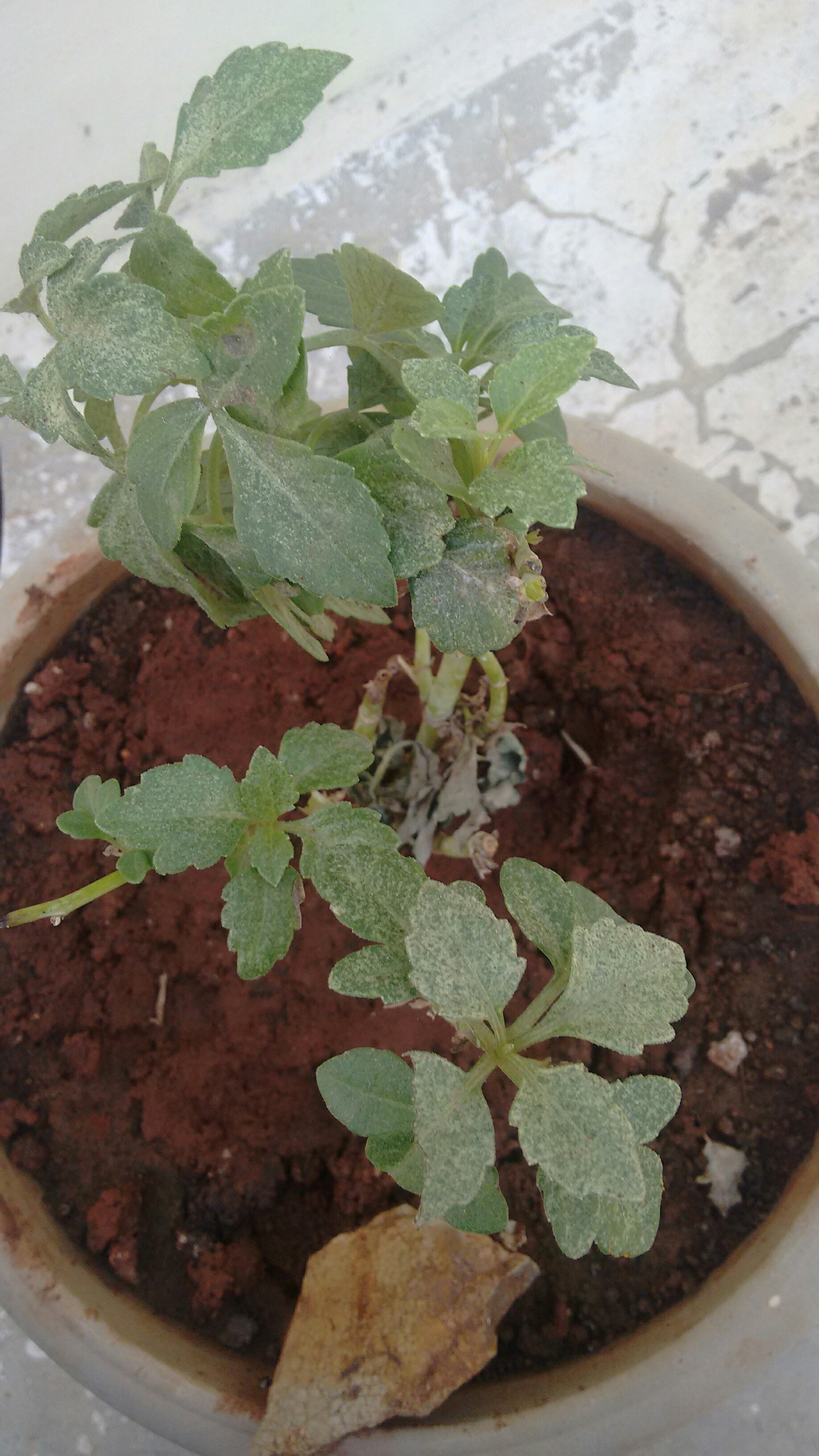 Unfortunately I can't see any red spots on the pic you've posted whatsoever. However what I can see is almost a textbook example of powdery mildew. So to answer your question: if you're not gonna treat this fungal infection, your plant's probably not gonna survive. And while we're at it, please, PLEASE forget baking soda (it doesn't really work and yet the whole Internet is full of this nonsense, check e.g. https://s3.wp.wsu.edu/uploads/sites/403/2015/03/baking-soda.pdf for reference) and soapy water (soap never had a fungicidal effect and never will either). Powdery mildew infections in plants are generally treated with formulations that contain elemental sulfur (e.g. Thiovit Jet) or milder cupric solutions (e.g. copper hydroxide). Be careful with sulfur to avoid exposing plants sprayed with it to sun for a while though as heat will cause the sulfur to react with the plant's leaves thus causing chemical burns.

Also one last thing to note: since fungi are incredibly resilient creatures it's important to utilize a different active ingredient during each spray or else they might develop resistance (i.e. after spraying it with sulfur you should switch to copper and vice versa).

Oh and as a general advice: at least until the symptoms resolve the plant should be kept in a well-ventilated place (with low humidity) separate from other plants and fertilizer use should be avoided as well (nitrates help the infection to spread even more rapidly). Watering should also be decreased to a minimum (although an infected plant has usually diminished water intake anyway manifested by its soil taking a longer time to dry out). Once the fungus is gone, normal fertilizing and watering regime can be resumed (and even though I don't know anything about the "organic neem biomix" you're using as a fertilizer as a general rule you'd want to use something with higher potassium levels otherwise your dahlia's not gonna bloom).

1
Why are the leaves of my peach trees turning yellow?
3
Is my cactus infested with mealy bugs?
8
Sick Elderberry help
3
Is this pest? Please help me get rid of it
2
Help - kentia palm dying
0
Small aloe watering help
3
Chrysanthemum flowers and buds turning brown and dying, leaves wilting and getting brown spots
5
Is this a pest? How can I get rid of it?
1
Can someone help identify and diagnose this plant?