What kind of tree is this with light bark, small leaves, and purple flowers?

This picture was taken near Boise, Idaho, USA near the end of July. 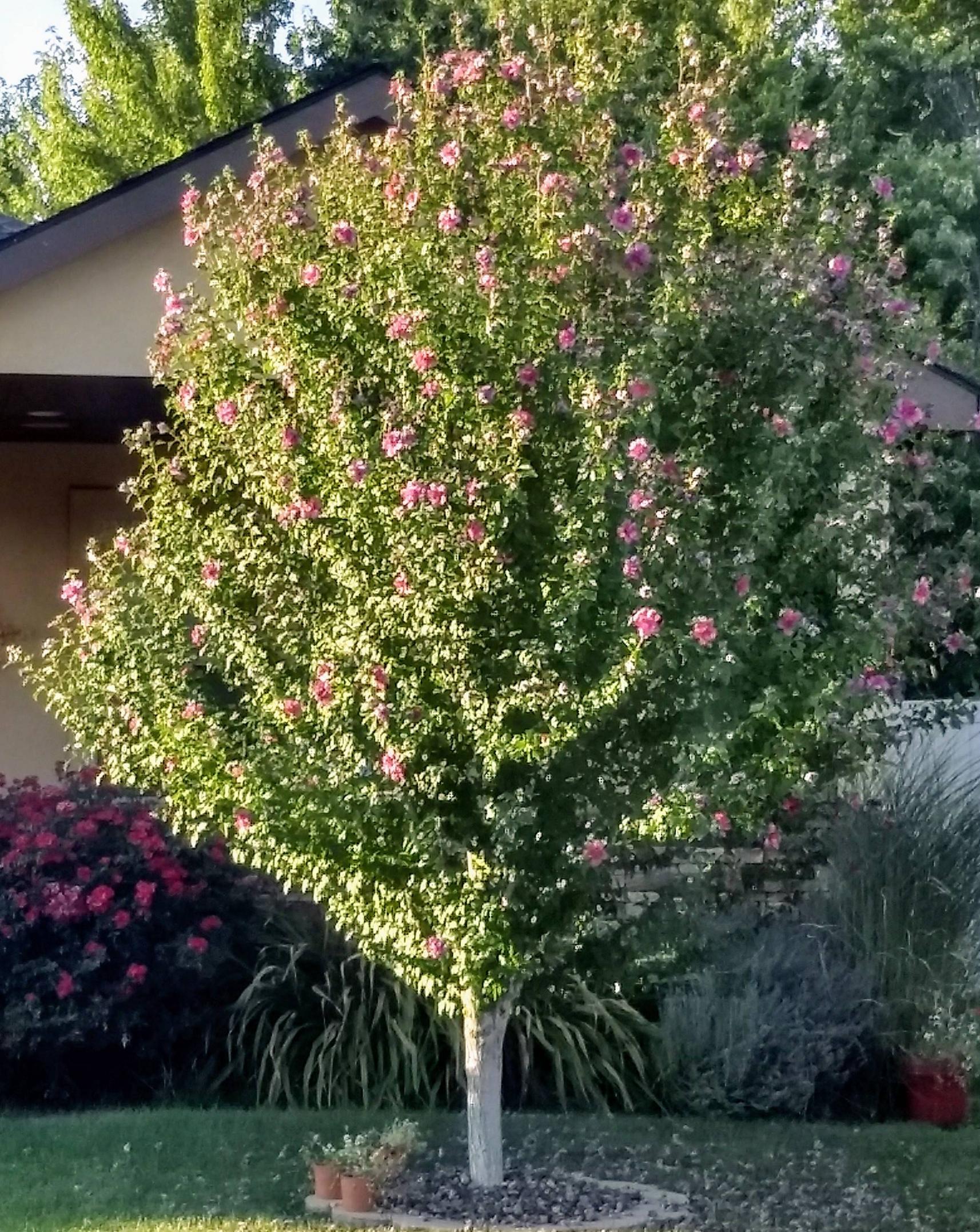 We really need a clearer, closer image of the flowers and especially the foliage, but on current showing, it would appear to be an Hibiscus, possibly Hibiscus syriacus 'Woodbridge' or similar. With the current image, it's difficult to be certain of that, but that's my best guess https://www.gardendesign.com/flowers/rose-of-sharon.html

When and where this picture was taken is also quite important to know - the Hibiscus I've mentioned flowers relatively late in summer, but there are other Hibiscus which flower earlier, particularly in warmer regions. Otherwise, tree/shrub mallows (Lavatera x clementii for instance) look not dissimilar once large, and they have similar flowers, but flower from early summer onwards - that's another (but rather less likely) possibility for ID.