This shrub was flowering in October in Exeter, UK. On the University campus which has collections of exotic species. 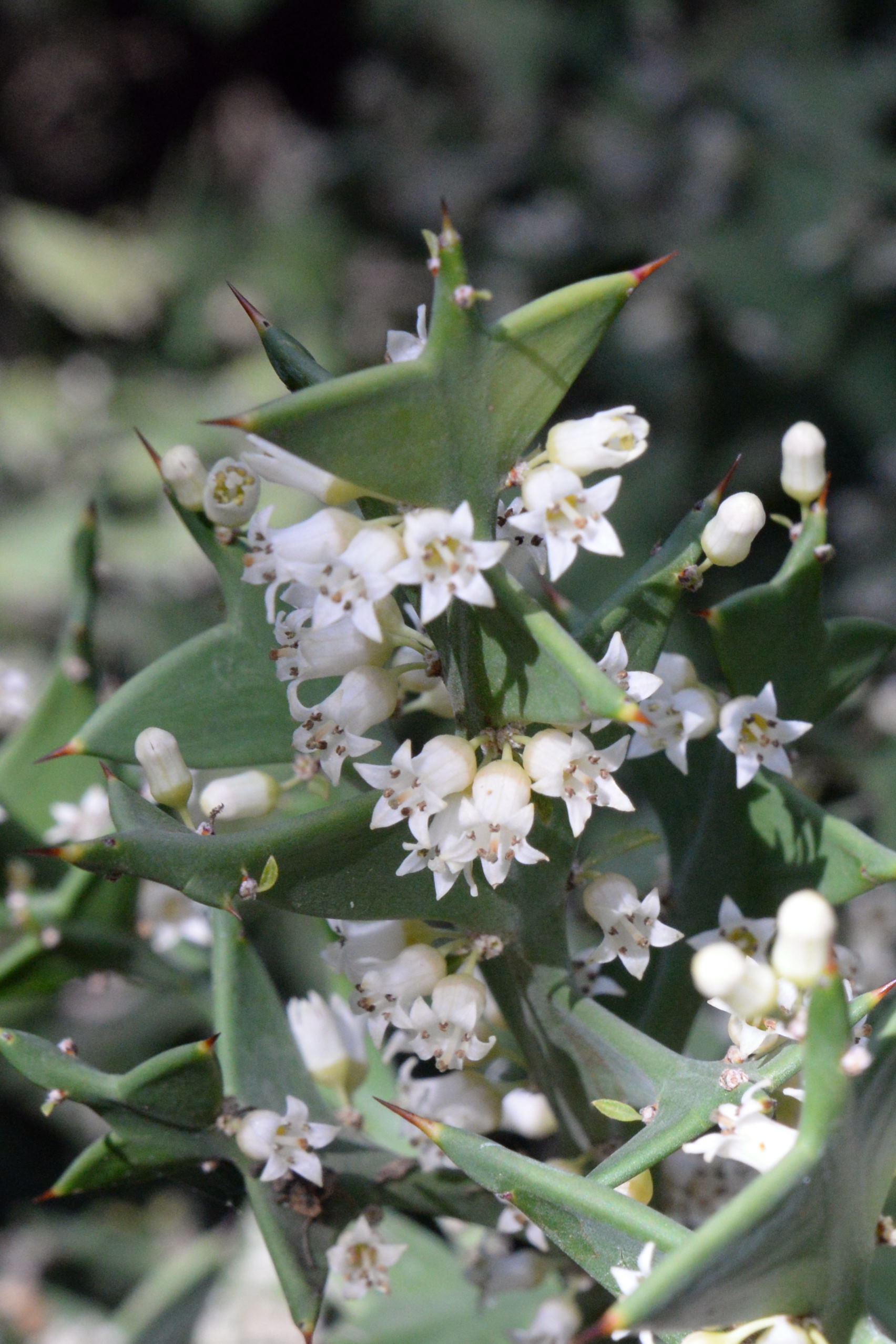 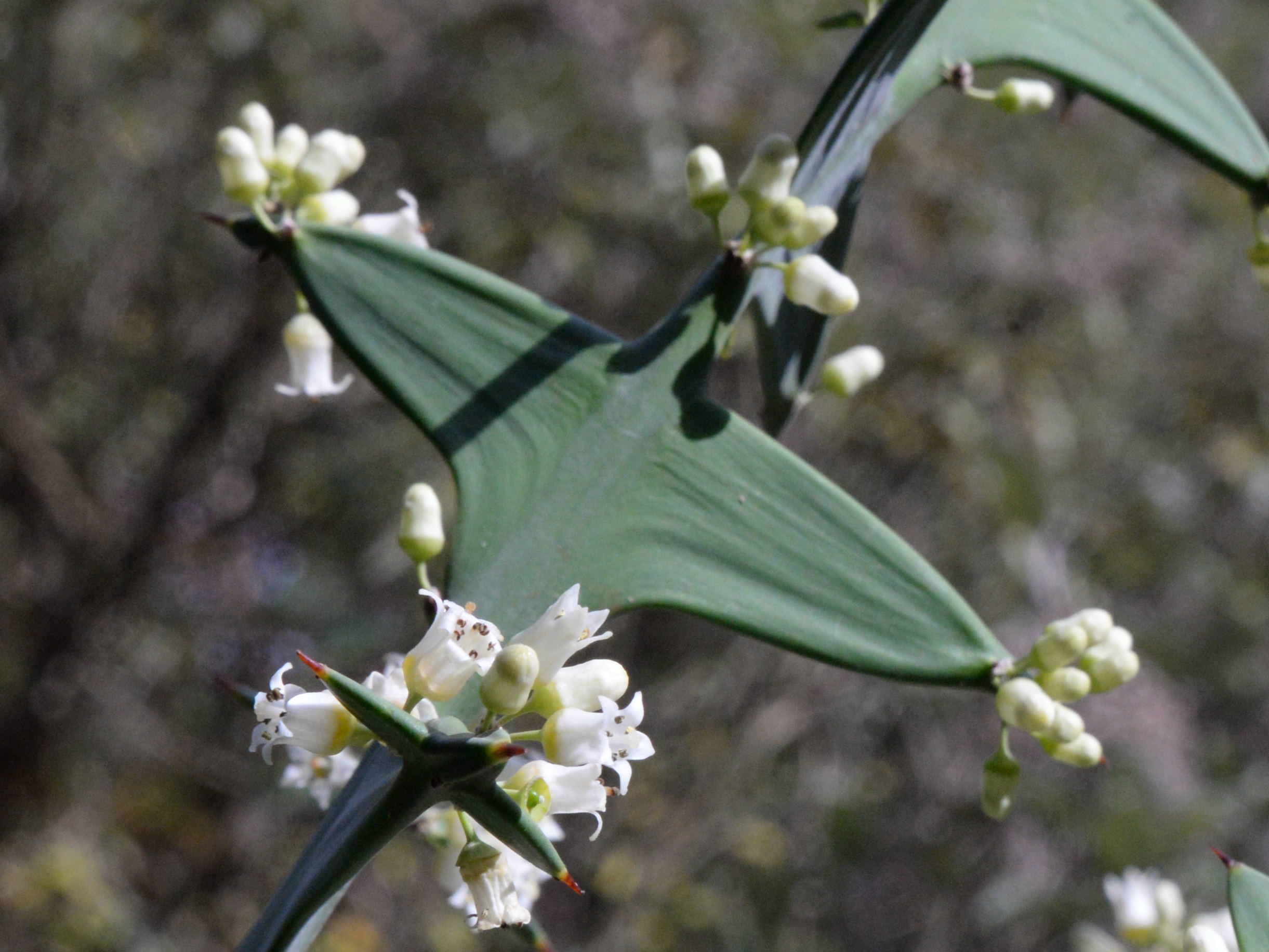 What a fascinating looking plant! I hunted and hunted through my go-to plant references (AKA the internet), and came upon quite a few references, including a blog about the plant collection at your very university.

The plant is called Colletia Paradoxa, also known as the Anchor Plant , Thorn of the Cross, Crucifixion Thorn and Jet Plane Plant. You can read about it at

"Flowers are very sweetly scented, close to the smell of marzipan. Originally named Colletia Cruciata discovered by Gillies and hook.

Sir William Jackson Hooker’s Father came from Exeter and was also a collector of unusual plants....

This striking and unusual plant ... is a member of the Rhamnaceae family."

and a "non-legume nitrogen fixer."