Cactus Identification? Are the buds real?

My friend brought me a little cactus from a plant sale. Unfortunately I don't have a clue about cacti and was wondering if someone could tell me what the little orange buds are? Are they real? I can't see any glue around it but they seem too perfectly placed to be real.

Thanks for your time & enjoy the pictures of my cactus: 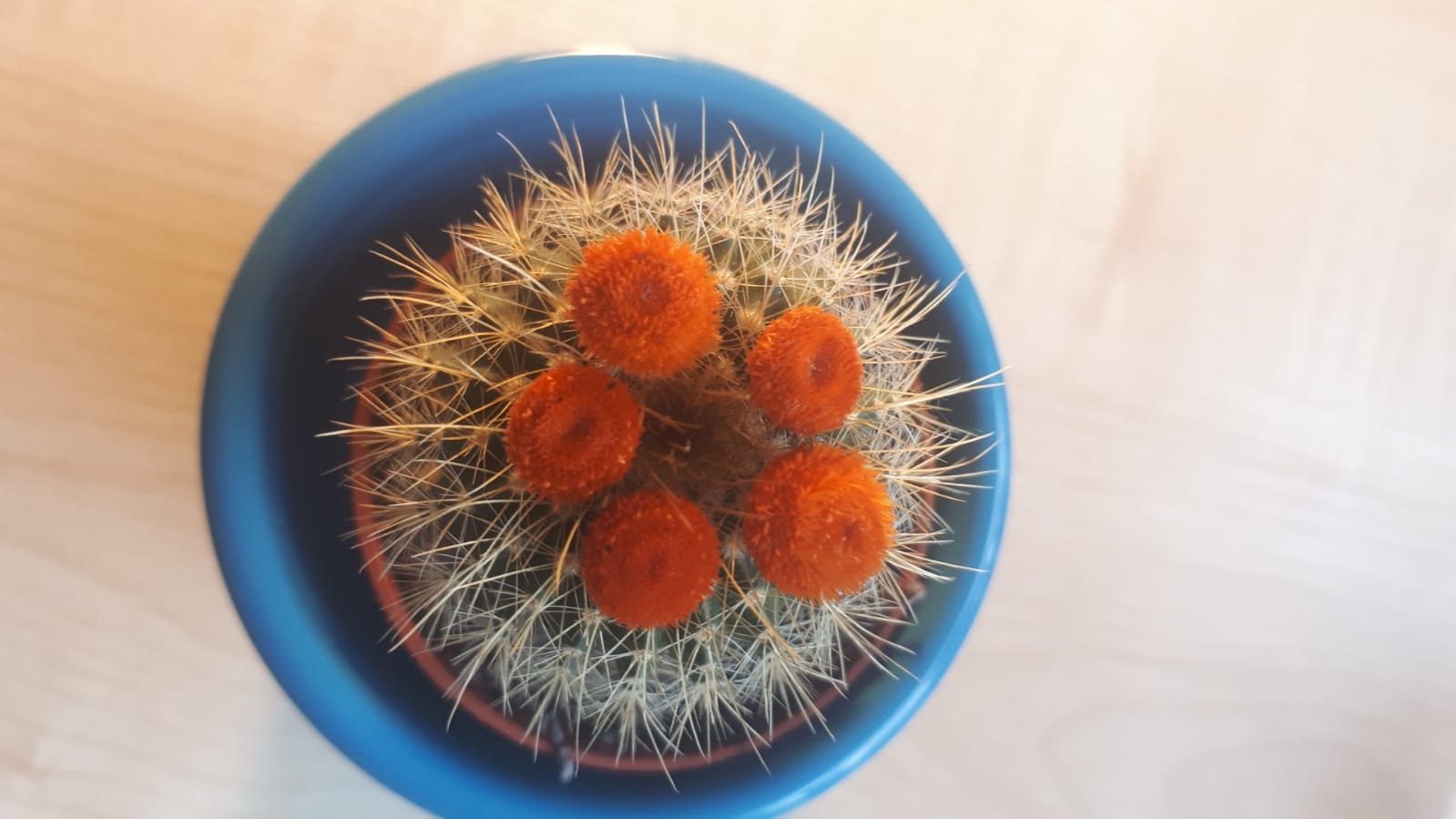 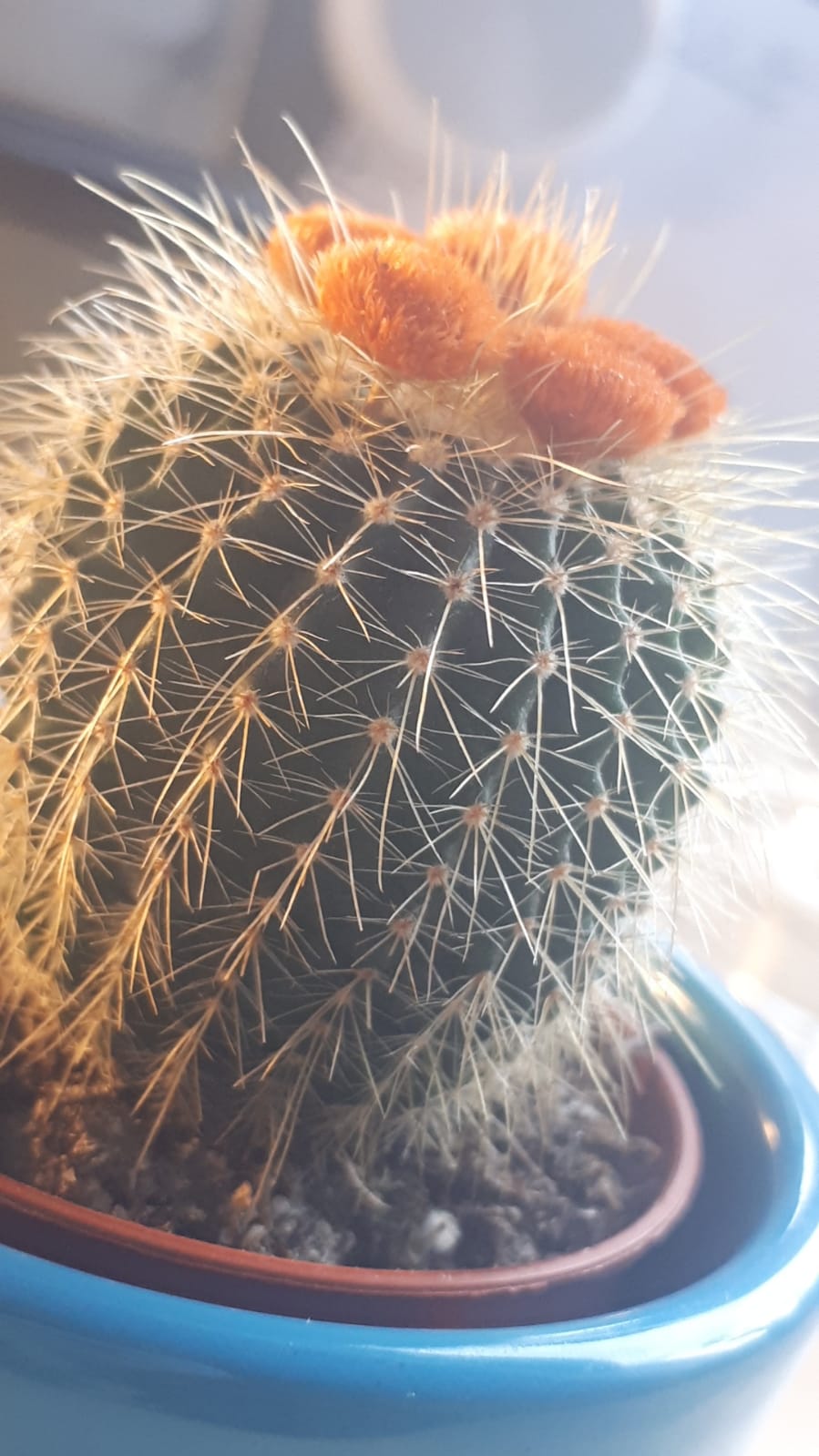 Those are what is known in the trade as "wheat flowers". They're made from wheat leaves/blades, dyed and glued on.

There are no cactus flowers that I'm aware of that look like that. There are no petals, no sepals, no stigma, nothing that remotely looks like a flower other than position and color.

It's also definitely not a Mammillaria. The pictured plant has tubercles in vertical ribs. Mammillaria have separated tubercles that grow in a swirl pattern.

I suspect that this is south American. If/whg it flowers it will probably flower from around the middle.

Leave them alone for now. As the plant grows it may shed them on it's own. They won't hurt the plant, but it will be a constant reminder that there are monsters out there who glue unnecessary things to cactus.

It looks like a mammillaria species, and they often produce a neat ring of flower buds around the growing point. See https://www.alamy.com/stock-photo/cactus-mammillaria-sempervivi-flowers-close.html for example. But the ones in your picture don't look very "real" to me.

If you don't see any change in them in a couple of weeks, they are most likely false. I don't know why people stick false flowers and buds onto cacti, but they do!

If you touch one of them (carefully, to avoid the cactus spines) it should be fairly obvious if it's part of the plant, or a bit of plastic. I said touch one of them, because if they are real you want the rest of them to develop and flower without being damaged by you prodding them!

Be careful if you try to remove them. They may be held on by pins stuck into the cactus, which are easy to pull out but will leave scars, and will increase the risk of diseases getting into the plant until the plant heals itself. But if they are glued on, removing them can seriously damage the plant, and you might be better off just leaving them where they are.

One way to try to remove glued-on "flowers" is to heat a kitchen knife in boiling water, and hope the heated knife will soften the glue as you try to cut through it. But try that at your own risk, of course.