Weed identification: will this spiky vine with bulbs kill a future flower garden?

I bought a house a few months ago (zone 9a). It has a large (12'x25') flower bed that was badly overgrown. My house is 'U' shaped and this is inside the 'U', so it gets full sun for about 40% of the day and shade otherwise. It had some bushes in it that were in poor shape. I've overturned everything, yanked out all the weeds, pulled out the bushes, and am getting ready to plant what we want.

However, I pulled out a large number of these spiky Vines (they were covering the bushes and also the sides of my house). The roots were extensive, criss crossing almost the entire area - I pulled out some 5 foot sections of root. Some of the bulbs we're as large as my hand, and while scattered throughout, they also seemed concentrated under the bushes. I don't know if they were what was killing the bushes, but I doubt they helped.

I want to figure out what these vines were. Mainly because, thanks to how extensively they covered the garden area, I doubt I got all the bulbs (in fact some of the roots went under the house, so there are probably some bulbs I can't ever get). I want to figure out how worried I should be for a new garden, how much effort I should take to try to find any remaining bulbs, and whether or not any extra steps might be required to safe guard my flower garden.

The weed (long thin leaves) in a scraggly bush: 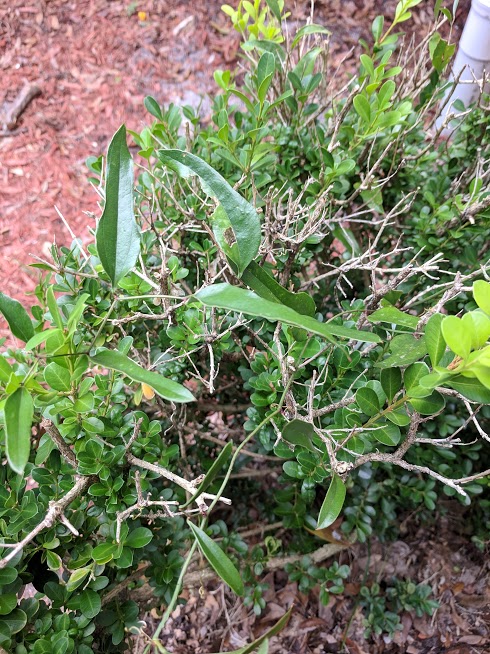 The bulb that was hiding under the bush when I pulled it up: 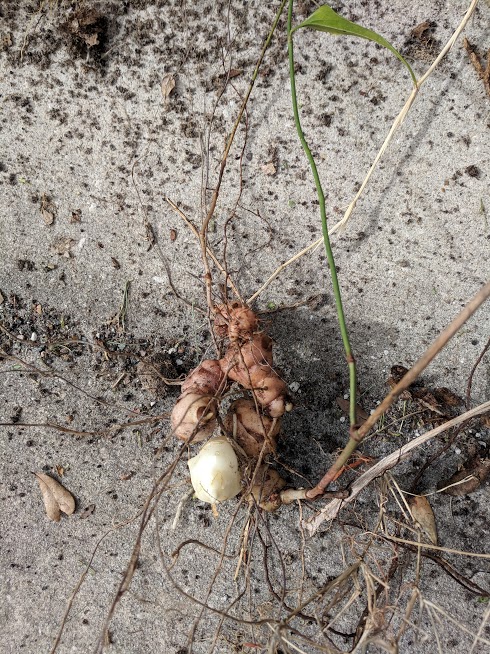 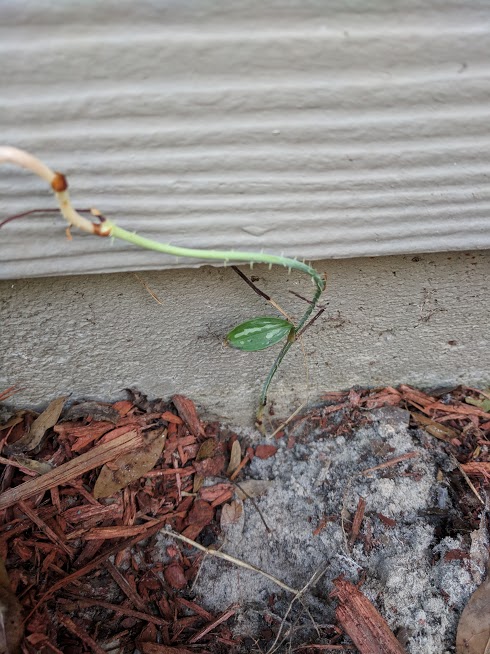 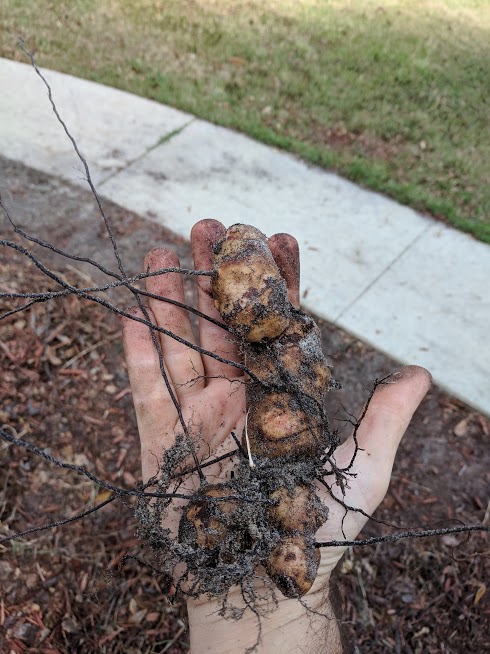 Read what you can find about Greenbriar or Thorny Smilax (Smilax bona-nox) and see if it (or one of its relatives) is the plant you have. As you read you will find it is quite a problem to get rid of. Tubers and bulbs will persist, but persistence on your part will overcome it eventually. It will resist herbicides when the plant is mature and has underground resources, so it is more a matter of physical measures such as digging that will be required.

12
How to start a bulb bed so that it doesn't need weeding?
6
What is this lawn weed with cut-edged leaves and five petaled pink-purple flowers, found in Belgium?
8
What is this tiny blue/purple flower with thin, vinelike stems, in Charles City, Virginia?
5
What are these wooden posts ringed with copper tubes for?
2
How to completely overhaul a weedy flower bed
1
plant identification and remove of seedlings/overgrow
3
What is this bulb with vanilla scented flowers?
1
What is the best way to de-weed a lawn?
3
Is this bush a male or female holly?
1
Need some advice on a lawn full of weed