Can These Plants Be Saved?

I believe the more dead one is sage. How should I help it? Also the plant with brown ends on the stems is mint. Should I cut off the brown bits? I don't care about harvesting or eating them I mostly just want to help them but I'm not sure how.

I would gladly appreciate any links to some good sites for learning how to care for them. There's so much info and I'm not sure where to start 😬 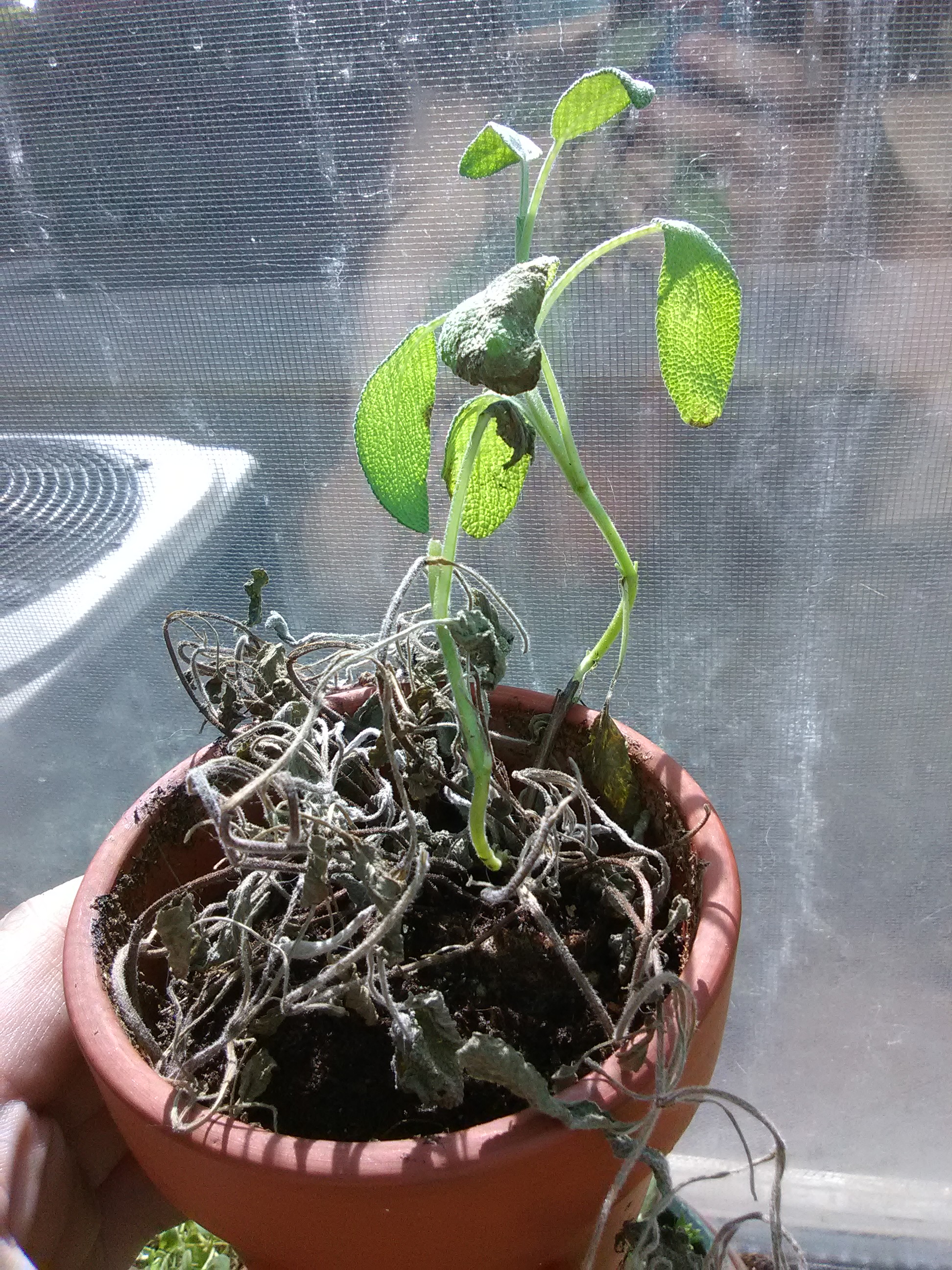 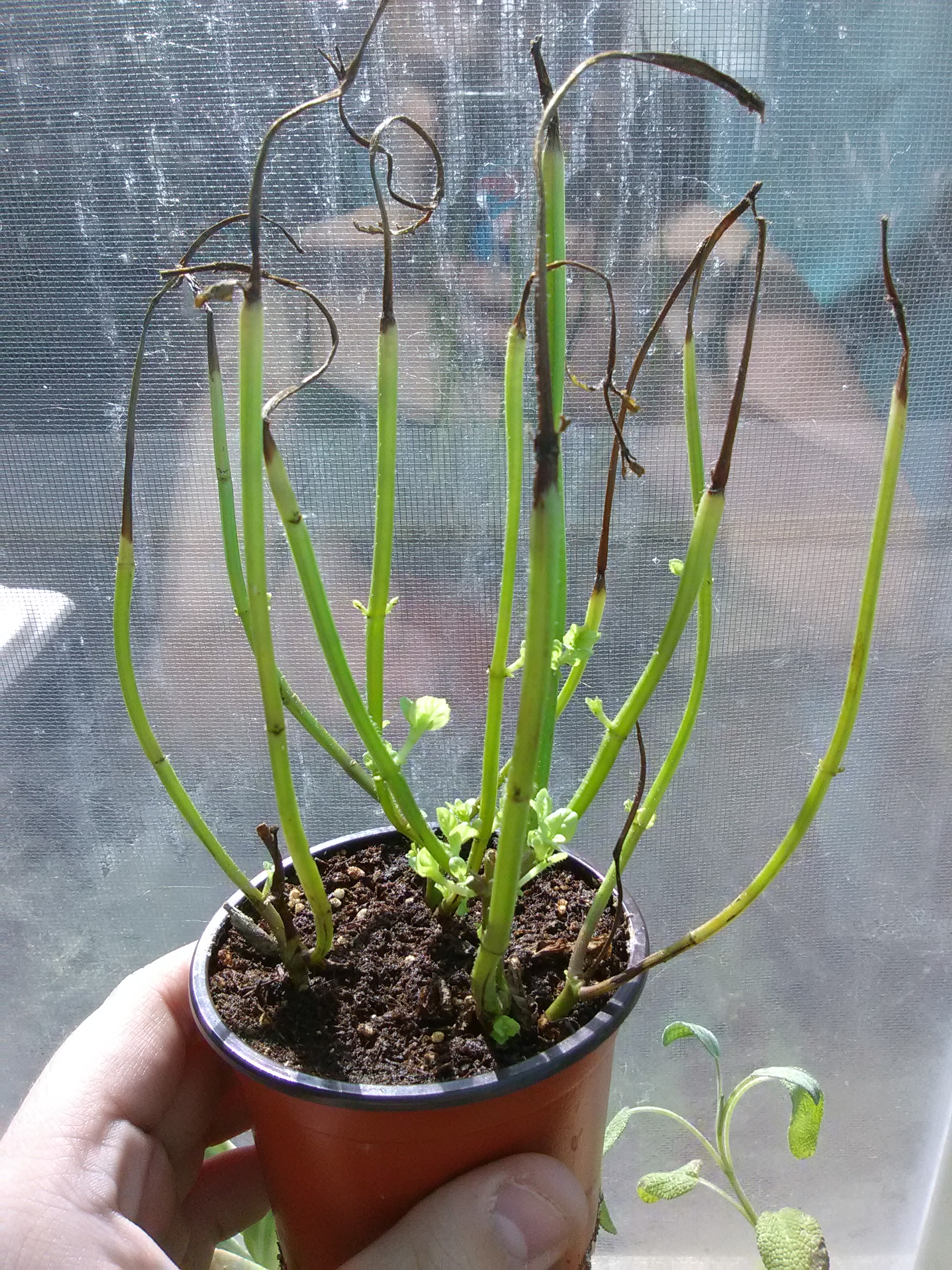 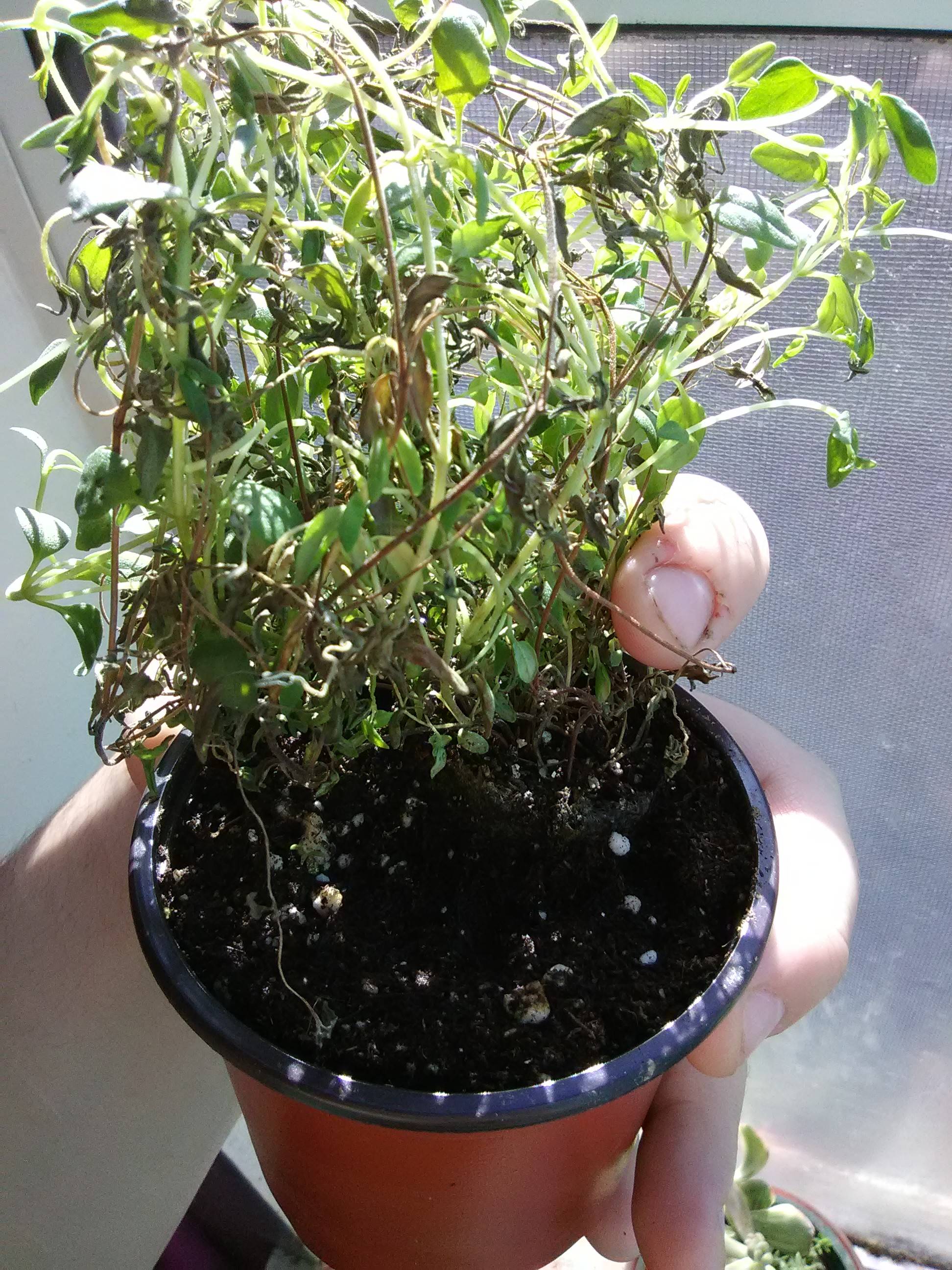 From your few pictures, it looks like some combination of lack of light, infrequency of watering, too low of temperature, and/or not enough fertilizer. Cut off the brown and leafless parts unless they connect a leafy part to the pot. Put them in a south-facing window that doesn't get below freezing, if you have one. Get a fork and some used coffee grounds, put the coffee grounds on top of the dirt, and use the fork to loosen the top inch of soil. Give them each water, maybe half a cup each for now. Might want to put something underneath the pots so the water doesn't ruin a windowsill.

You might be doing some of these things already; it's really hard to tell given the overall neglect. But neither one is dead, and they'll spring back in a month or two with some TLC.

If that plant in the plastic pot was bought from the supermarket as living herbs, I am guessing they have been sprayed so they end up dying after a few months.

Not the answer you're looking for? Browse other questions tagged diagnosis houseplants plant-health diseases mint or ask your own question.

10
What are these long, mostly translucent worms in my potted trees?
5
Why are all my houseplants "leggy"?
4
Does anyone know what’s wrong with my Areca Palm?
1
Broccoli Plants Stem Problem it is too thin and sometimes it is chewed