I got two cuttings from healthy basil plant and put those cuttings in glass bottle. After week(2 days before) i planted those two cuttings in new pot i used mixture of potting soil and sand. But it didnt survive. 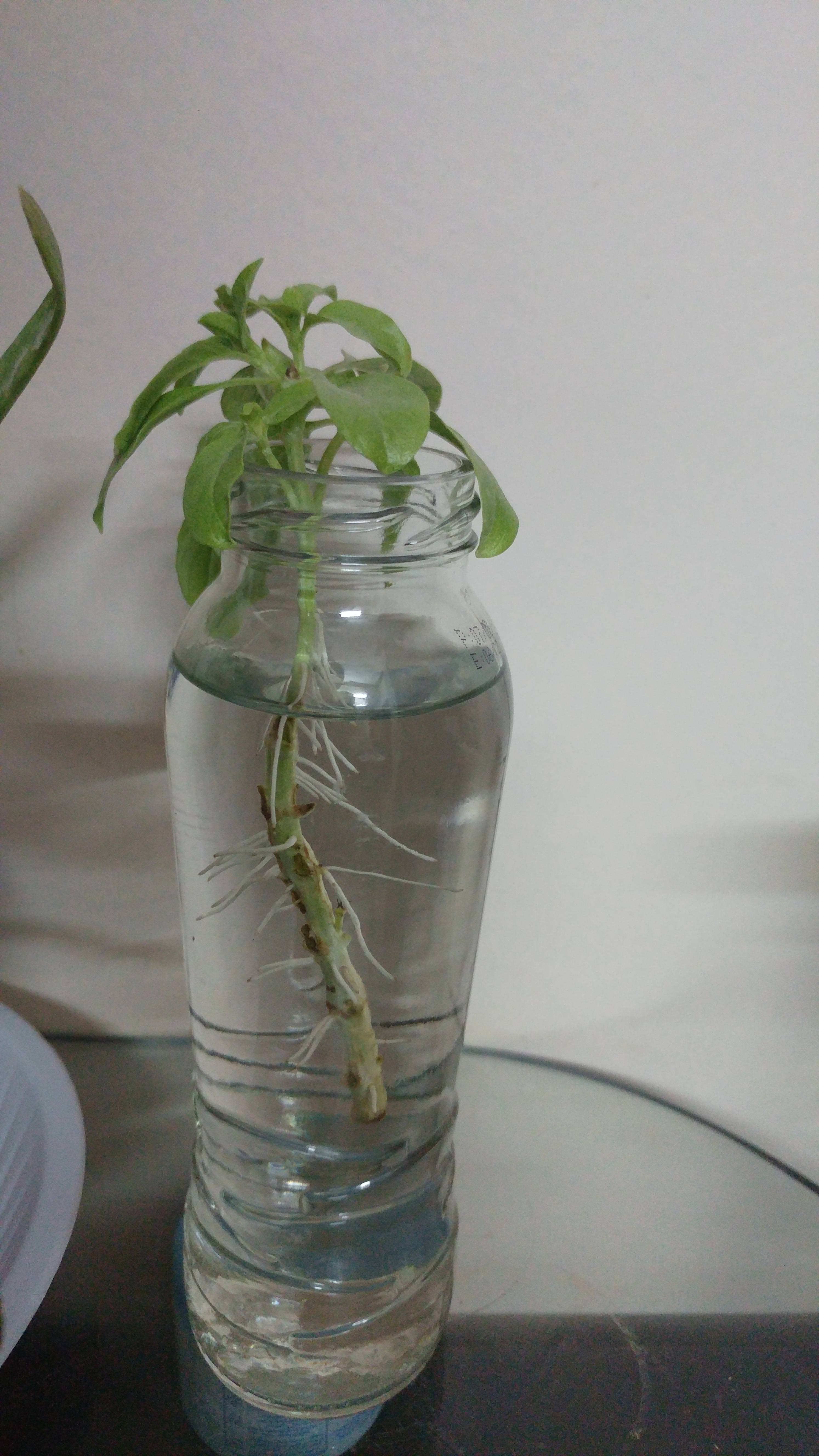 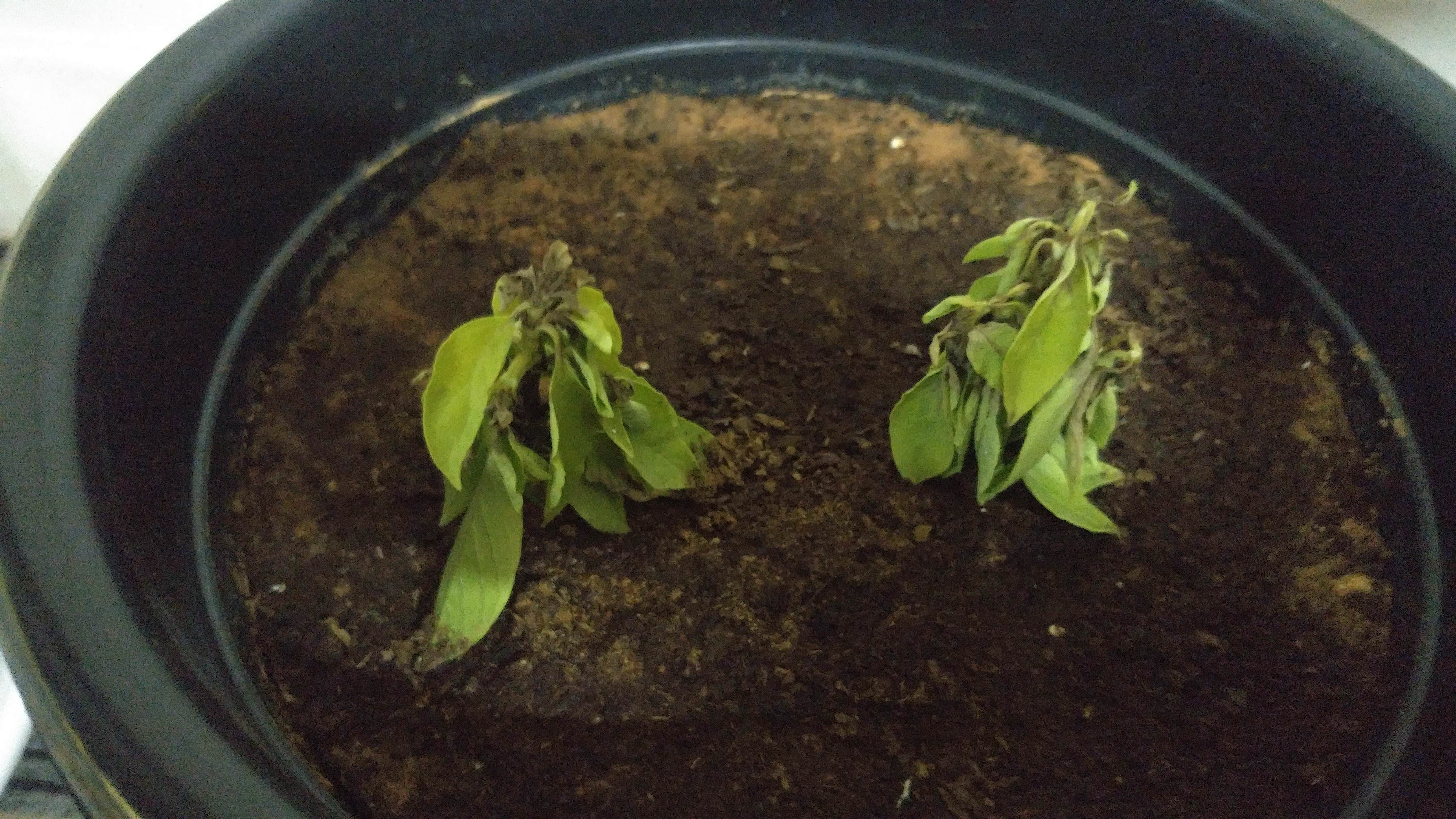 please note that cuttings in pot only had 6-10 roots. I dont know if those were enough.

This time i used cuttings with developed roots, and used Potting soil and one other cutting as used Peat moss + perlite as soil medium. Again both cuttings died. Both cuttings were inside home 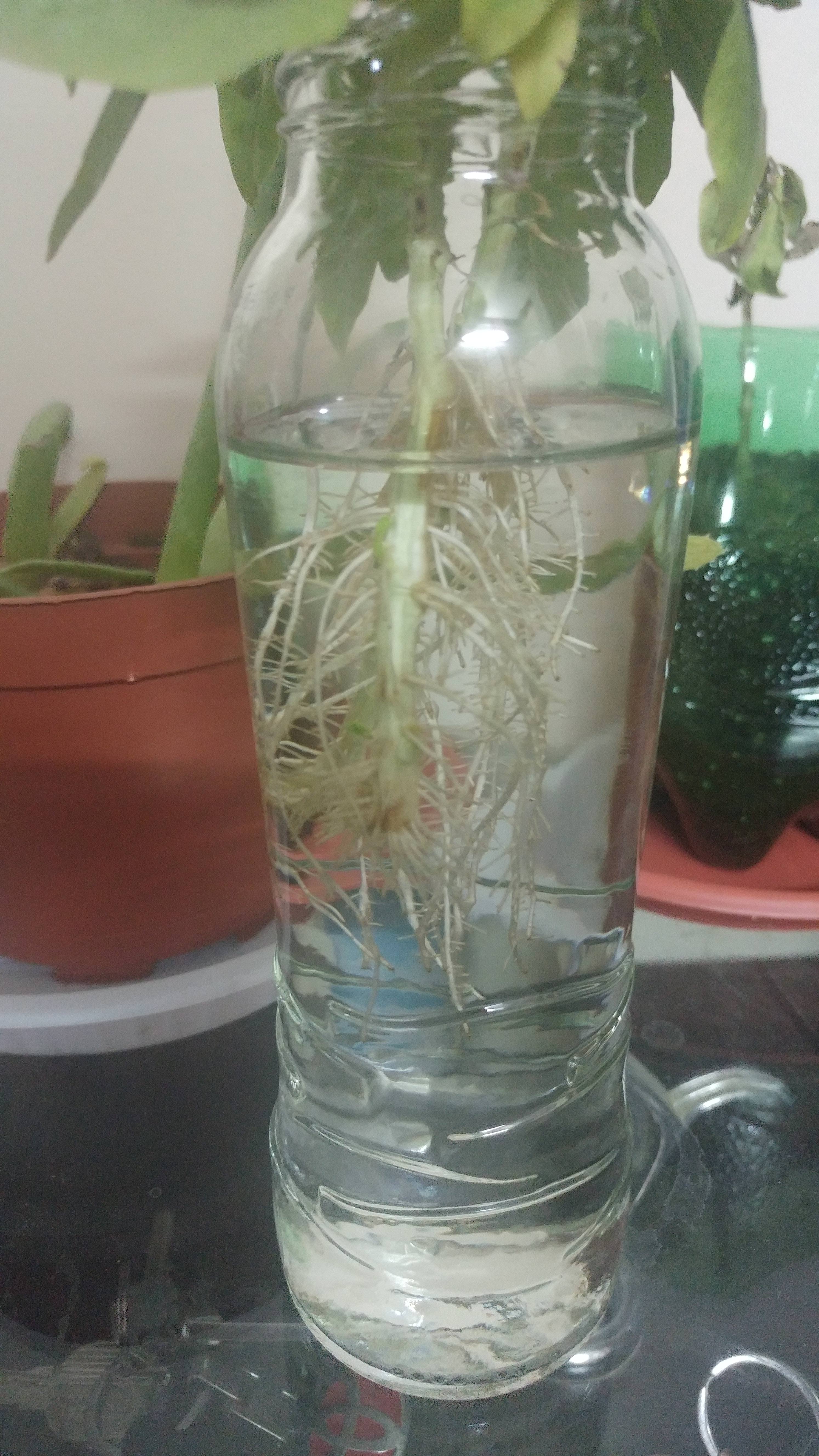 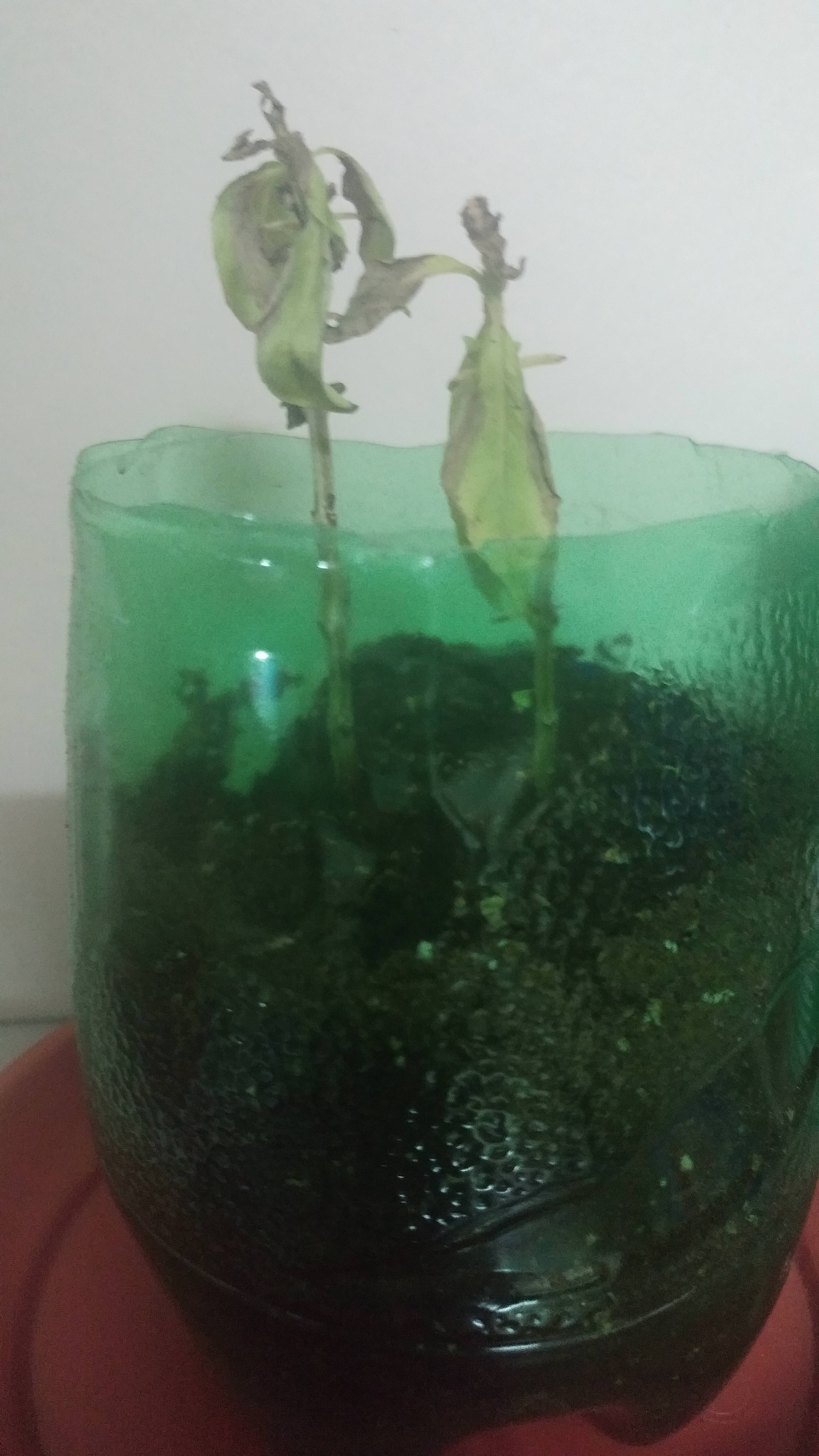 I'll take a guess that you were too rough with it when you potted it up, and broke off most of the roots. It certainly looks healthy enough as a cutting, but remember that the roots and especially the root hairs, which are what actually absorb water and nutrients, are quite fragile.

A good method is to put some compost in the bottom of the pot up to the level of the base of the cutting. Then hold the cutting upright and gently fill the rest of the pot with fine compost. Just sprinkle the compost into the pot with your fingers, or use a small spoon or something similar, but don't try to "pack" it in around the plant.

Don't make any attempt to firm the compost by pressing on it, as you fill the pot!!

Finally, immerse the pot completely in water, so the roots and roots hairs are guaranteed to be in contact with water and compost, not sitting in air pockets.

Leave the pot alone as it drains. As the water drains out, the surface tension will tend to pull the soil particles together, and pull them around the plant roots.

If you end up with some "sink holes" in the surface of the compost, you can fill them up later, but again don't attempt to firm the compost when you do that.

Finally, you won't need to water it for quite a while, since the pot is starting off completely waterlogged - but of course that is the same condition that the cutting was in when it was growing in water with no soil, so it causes the minimum amount of shock to the plant.

It's easier to do this using the smallest size pot that will hold a single cutting, rather than several cuttings in a bigger pot. You can always pot them on after a week or two when the roots and the soil have knitted together and the plant is obviously growing. If you knock the complete root ball out of the pot without disturbing it, and "plant" it in the same size hole in the compost of a bigger pot, the plant won't even know it has been transplanted.

If that is the current state of the cuttings, I would be inclined to remove half the leaves. The water roots you get aren't quite adapted to soil so in the meantime you're losing moisture by transpiration from the leaves without compensatory uptake from the roots.

Or, you could try and cover the seedlings in a humidity dome so that it doesn't lose too much water.

Not the answer you're looking for? Browse other questions tagged basil cuttings or ask your own question.

7
Why are my basil seeds instantly covered with a white goo after planting?
5
Basil: Main stem keeps growing back after first pruning
6
Can annuals work like perennials if you keep using cuttings?
4
Basil stem turning brown after pruning
5
Cuttings growing leaves underground
7
Planting too many seeds in small pot
3
What is causing large white spots on my sweet basil seedling's leaves, and can the plant be saved?
2
Cutting of Cinnamon Basil