What is this ornamental plant with leaves similar to corn?

I saw this plant in a park in Silistra (Bulgaria) and I don't know what it is. There were people nearby but I don't speak their language, so I couldn't ask. I tried to take a more detailed picture of the flowers, but they were all starting to wilt and not looking well on close-ups.

My mother says her parents had a plant similar to this one. The roots were taken out from soil during winter and stored inside, otherwise they wouldn't have survived the local temperature of -15 degrees Celsius (5 degrees Fahrenheit).

The pictures were taken in late September (beginning of autumn). 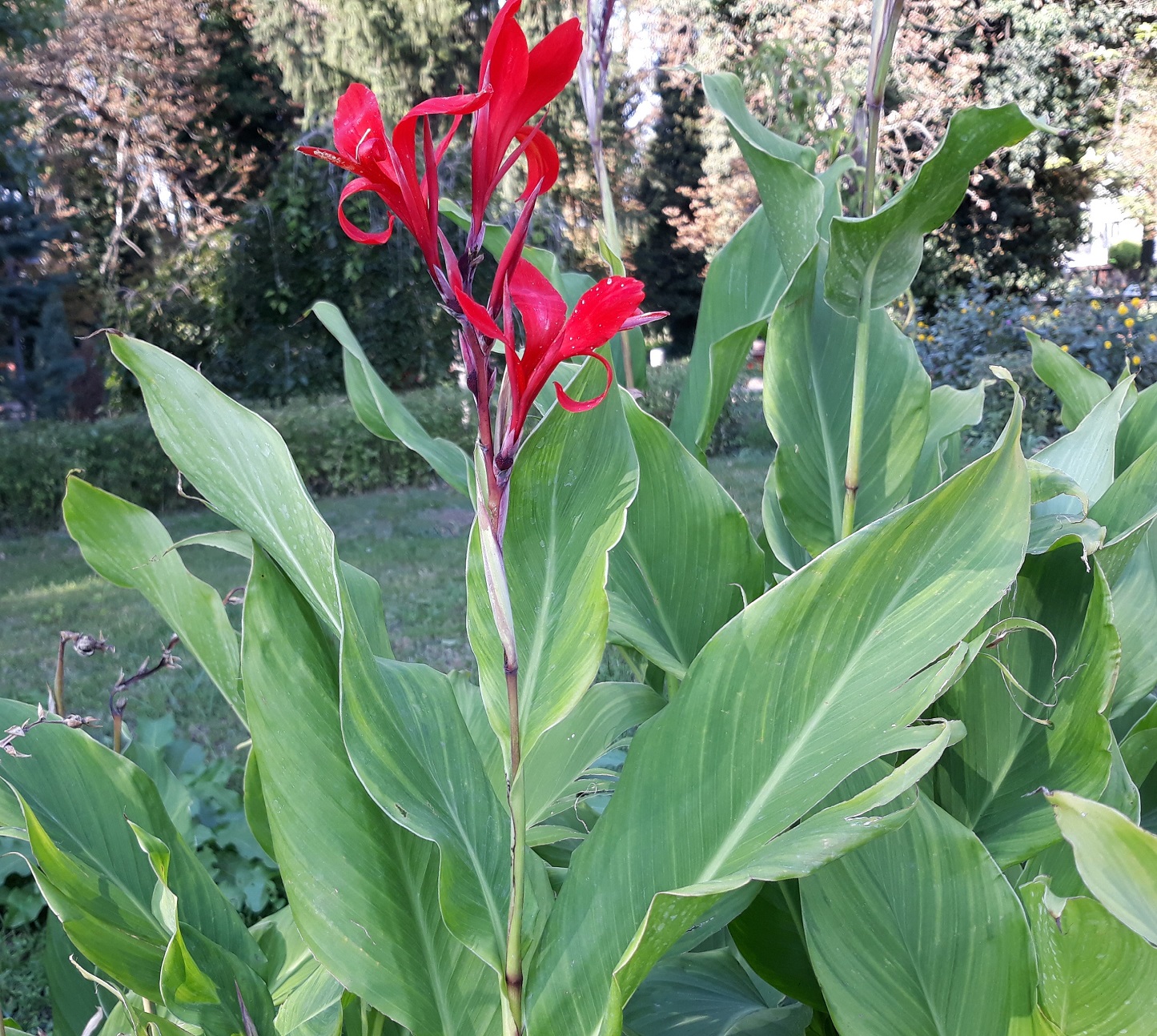 The leaves make me think it is a Canna Lily or "Canna indica". Strictly speaking, they aren't lilies exactly, but are loosely related to ginger.

Not the answer you're looking for? Browse other questions tagged identification ornamental-plant or ask your own question.