I have a protea growing in my garden. It has many young flowers on it at the moment (September 2018, early spring in Melbourne). One of the flowers is deformed, growing in an interesting almost fractal shape. Is this sort of deformity common? What causes it?

I have included a picture of a normal flower from the same plant below. 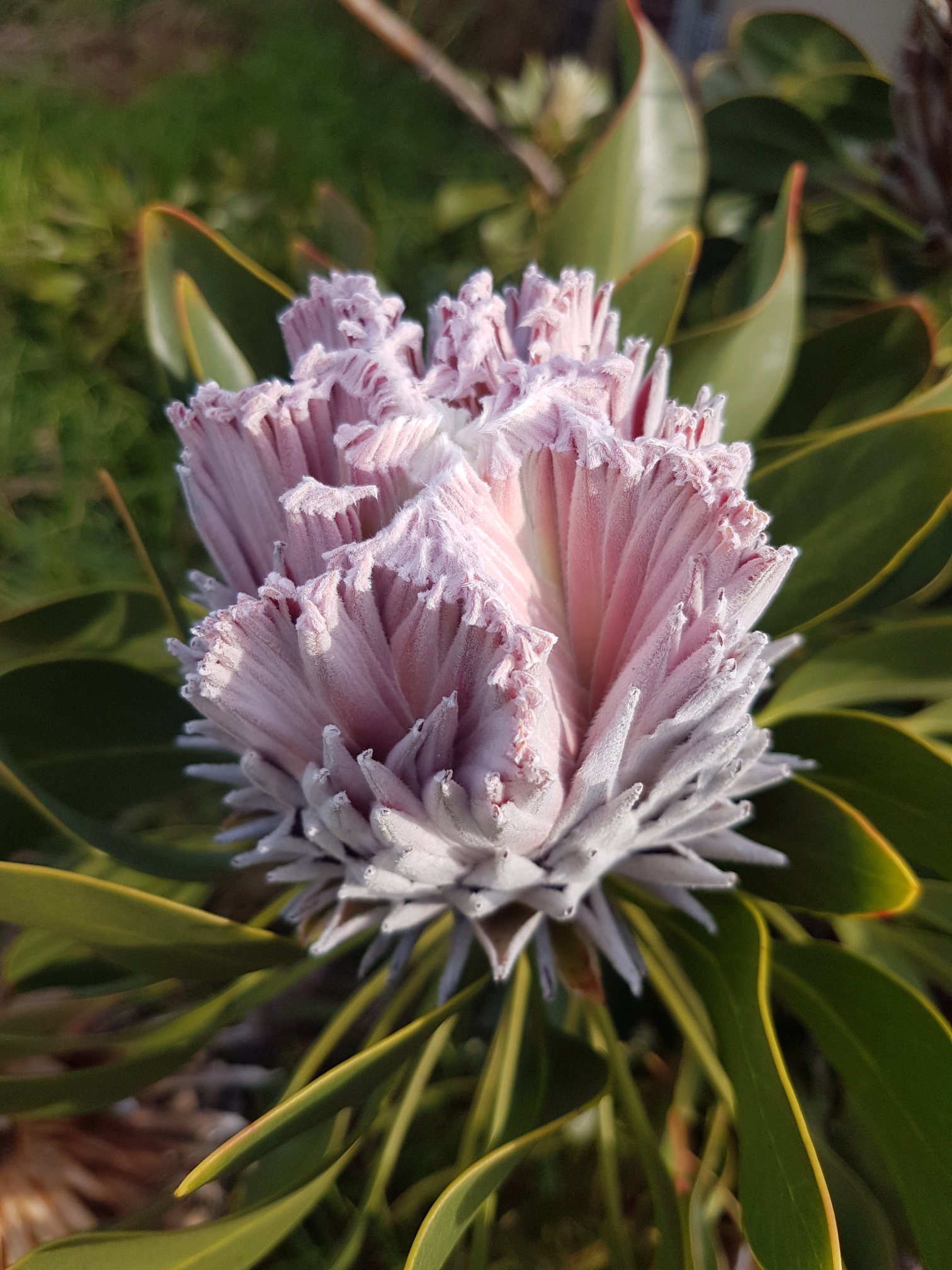 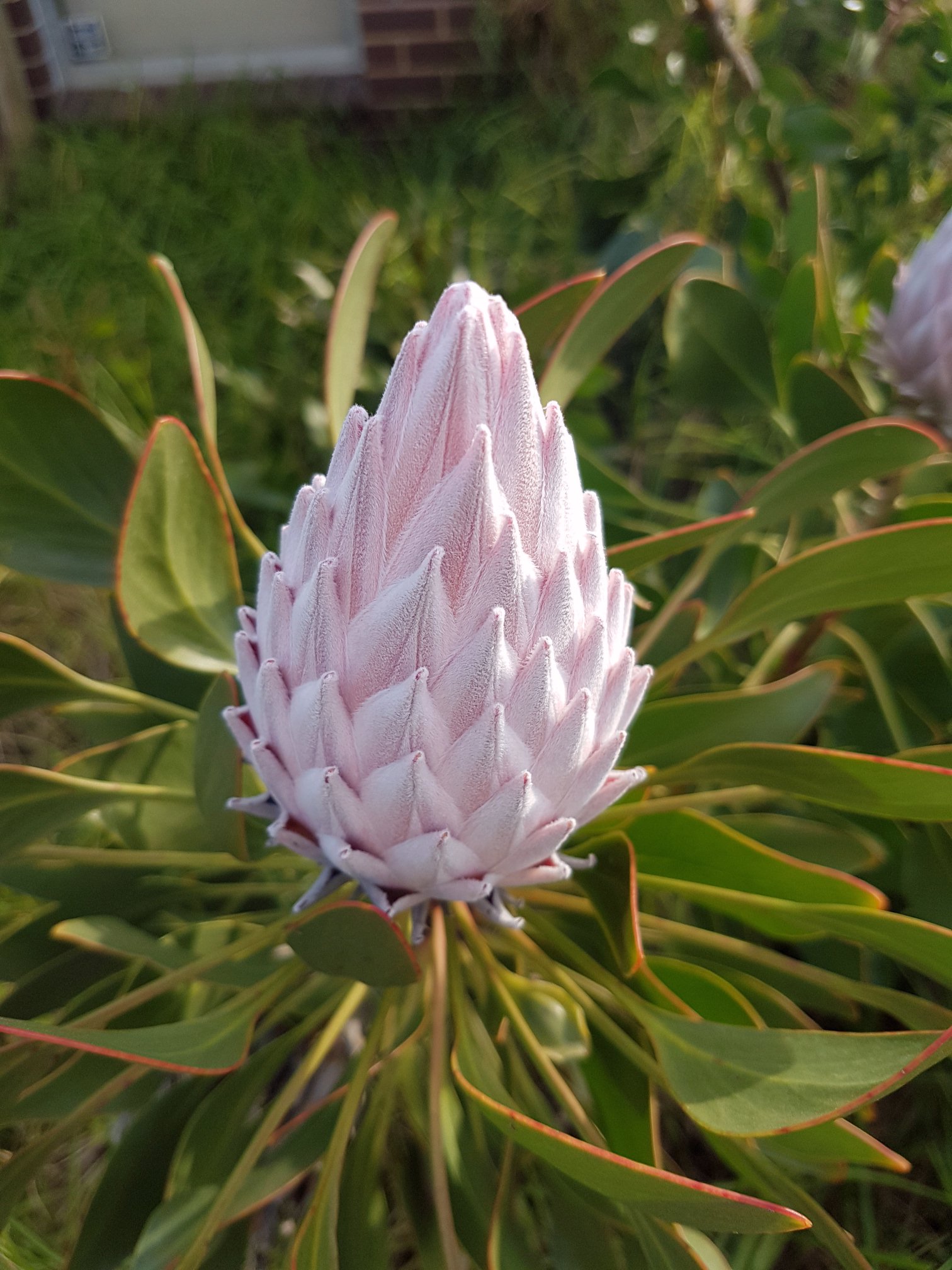 This appears to be an example of "cresting" or fasciation. It can happen on a number of species, perhaps the best known is the Celosia group (Crested cockscomb). One way to look at this is as the flower is being generated at the cellular level in normal circumstances each component of the flower will have its place in the spiral arrangement. Each has an individual numbered place and so does not challenge a neighbour for room to grow normally. However for various reasons (cold weather, insect attack, bacterial infection) individual parts can be "assigned the same number" and try to grow together in the same physical location pushing each other aside. This can be accompanied by hormonal imbalances and results in something of an interesting tangle.

This is a bit of a knotty subject - there are two named 'disorders' that cause oddly mutated flowers or stems; one is fasciation, and the other is proliferation. The latter usually only affects the flowers, but sometimes there is evidence of fasciation in the stem as well, whereas fasciation usually affects stems, but also can affect flowers. On examining that mutated flower in your top picture, it does appear almost as if one, two or three flowers have appeared in the same flowerhead causing this odd looking flower, with no apparent fasciation of the stem, in which case, it's more likely proliferation - but the dividing line is a grey area!

The cause is essentially the same in both conditions; it's a mutation caused by a disturbance or break in the genetic code. As to what causes that, it might be weather conditions at the time the growing tip or flower was just beginning to form, viral, bacterial, physical damage, or simply an internal genetic DNA blip. It generally occurs on just the one flower (but not always) and subsequent flowers are perfectly normal, but the phenomenon may be more common on some plants than others - some roses varieties can be more prone to proliferation. Info on Fasciation https://www.rhs.org.uk/advice/profile?pid=525 and more on Proliferation https://www.rhs.org.uk/advice/profile?PID=634

2
flower suggestion for outside the window
3
Tall-flower support
4
A conical white flower
6
What's that flower!
4
What flower is this?
2
Flower Identification (Anthurium ?)
3
Flower with one petal long
2
Identify this flower
1
Flowering plant identification and why might flowers not open?
2
Chrysanthemum blooms partially deformed and colors faded