Can anyone tell me what type of chillies these are?

I have been given these chillies as a gift so that I can re-plant them next summer. Could anyone please help me with the names? 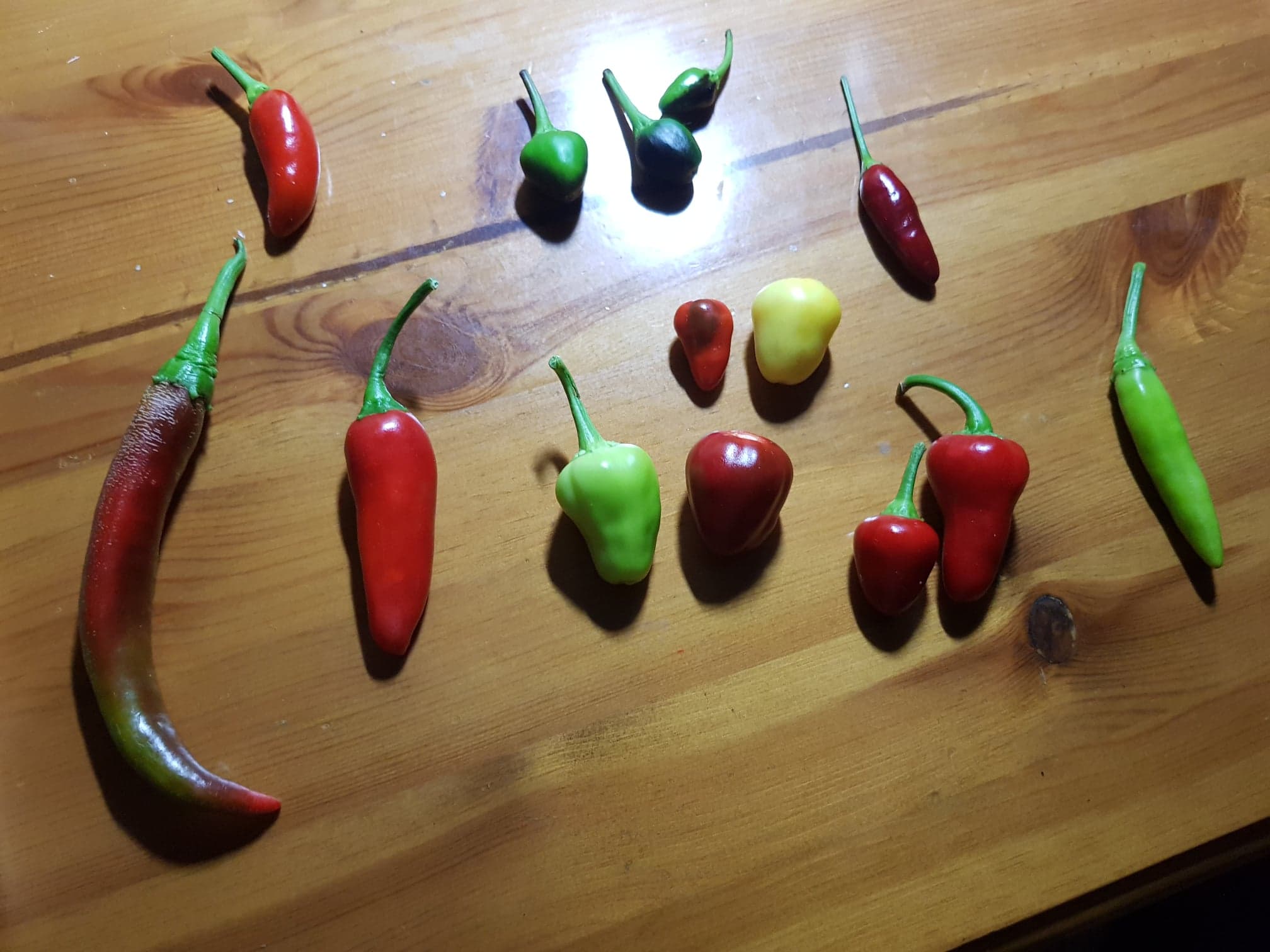 There are thousands of breeds of peppers, and many of them look the same. People breed lots of new ones every year. An educated chile grower could tell you fruit shape names, probable species names, and stuff like that, but I wouldn't expect to know the breed names just by the way they look.

I can tell you that that long pepper on the far left is really cool. It's got corking, which is supposed to be indicative of increased flavor, although I'm not sure how true that is; the pictures I've seen of peppers with corking were primarily Jalapeños (so that one may have a Jalapeño in its ancestry); it's got a shape like a Serrano. The pepper next to it might be some kind of Jalapeño. The red one two from the right might be a Fresno. You might have a Pimento in there. These are all guesses, though.

That one on the upper-right looks like Capsicum baccatum (the breed names of that species usually start with Aji), considering the thin stem (but I could be wrong). The others all look like Capsicum annuum.

4
My habeneros have shrunk over winter!
3
Chilli Plant Bugs/Brown-Purple Staining
3
Can I germinate chilli seeds from dried chillies?
9
Carolina Chili fruit not turning red
4
What are these loops on my chillies?
2
What should I do with multiple pots with a lot of young Jalapeños seedlings?
2
What are these bugs and spots on my Chilli Plant