I recently bought some English Ivy for indoors, at first everything was going well, it was growing fine and technically it still is mostly, but some leaves start getting brown on the edges and the brown spots get bigger and bigger until the whole leaf is dead. What's happening?

I read that it can be either too much water or not enough or a fungus or low humidity etc. and I hope you'll be able to help me identify the issue.

Here are some photos: https://imgur.com/a/k7sZcaU - please note that the holes in some of those leaves were already there as I bought them, new leaves don't get any more holes and the issue with those brown spots also starts to affect some new leaves. 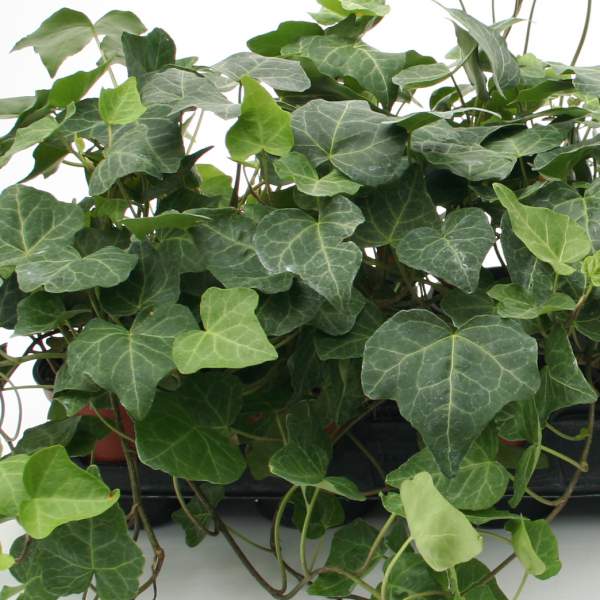 You are overwatering. I think it would do better with more light, less watering. Do you know what fertilizer had been used on this plant before you purchased it? Looks fine for fertilizer right now. Plants taken from a sunny or highly lighted space and placed in a very low light space will start having thinning and larger leaves. As well as losing any gloss. Gloss is made by the plant when the epidermis is acclimated to actual sun. I think this plant is trying to survive in lower light levels with too much water.

What are you doing for fertilizer? Don't do anything for a while for sure. Also, more air flow.

I thought I already asked this question, I shall do it again. Did you transplant this plant in new soil, new pot? Learn the heft of the plant when soaked/watered. You will easily feel a marked difference in weight that will let you know when this plant needs to be watered. Do not water until your pot with plant and soil are light in weight.

When we imagine ivy growing in a natural context we imagine the plant with its roots in the forest soil at the base of a tree, the top part climbing up into the tree, or clambering over a shed or trained up a wall. We think of medium to low light, combined with almost constant soil moisture, not wet, and rained on by tree leaves that decompose to provide continuing weak fertilizer. Leaves sometimes glossy, other times matt but still substantially leathery making fungus possible but unlikely.

Your plant seems to have a history. See the base of one of the multiple plants has been cut at some time forcing the plant to send out shoots further down. My guess is the plant has been in the same soil for some time, the pruning has removed much of the nourishment that was available and now the reserves are very low. It has probably had water but needs weak feeding. Consider repotting to refresh the growing conditions.

That looks to be quite a shallow pot its growing in, unless we can only see the top of it, so repotting into something with a little more depth might be useful, using new potting soil.

When you water, do you empty out the outer pot after 30 minutes if there's any sitting in there? If not, then do so - water when the surface of the soil feels just about dry to the touch, water thoroughly, allowing the excess to drain away freely from the bottom of the pot. And empty out the outer pot 30 minutes later so its not left sitting in water.

It is a Hedera helix variety, not sure which. When you repot, or if you don't, turn it out of its pot and inspect the roots/rootball for signs of invaders, just to make sure there's nothing that shouldn't be there at the root.

Otherwise, has it been in direct sun? If so, remove it from direct sunlight - it will prefer medium to bright daylight and relatively cool temperatures. If the humidity is very low indoors, that can cause browning at the edge of the leaves, so don't stand it near any heat source (radiator, computer and so on). Otherwise, it looks relatively healthy, evidenced by the new and glossy leaves growing at the top.

UPDATE: Now you've posted an image showing the whole pot and the plant, far from the pot it's in being too shallow, it's actually too large. It's always best to pot up by one or two sizes at most; too large of a pot means a lot of soil that is unoccupied by roots, yet you need to keep that soil moist or the small rootball of the plant dries out. This means the plant is either sitting in sour, waterlogged soil, or has insufficient water - either way, it suffers. I suggest you repot into something of a more suitable size, then move it into the larger pot once its grown on some.

Not the answer you're looking for? Browse other questions tagged houseplants leaves or ask your own question.

4
Why are the leaves dying on my Ctenanthe?
3
Why are my Dracaena Fragrans leaves browning from the base?
2
Why is my ivy losing its leaves?
1
Is this scale on my English ivy? How to prevent spreading to other outdoor and indoor plants ? Should I just uproot and throw them out?
1
Is this overwatered English Ivy beyond salvation?
3
Brown leaves and spots on Baby Rubber Plant (Peperomia Obtusifolia)