Is there a problem with my Japanese Maple shrub?

We live in Vienna, Austria, very near the Danube. We planted this Japanese Maple in the first year after moving in the spring of 2013. It has been slow but steady growing, improving a bit every year. After five years, it really started looking like a nice bush, when the leaves started curling and dying. It has one branch that produces no new growth, the rest seems to be still growing new leaves, but the existing ones seem to dry up very quickly and fall off. I don't know enough about the tree to figure out if this is normal or not or where the problem might be. I hope the pictures will help, because other than the images, I can't provide much more information. We have not done anything different with the tree this year that would cause this strange behavior. 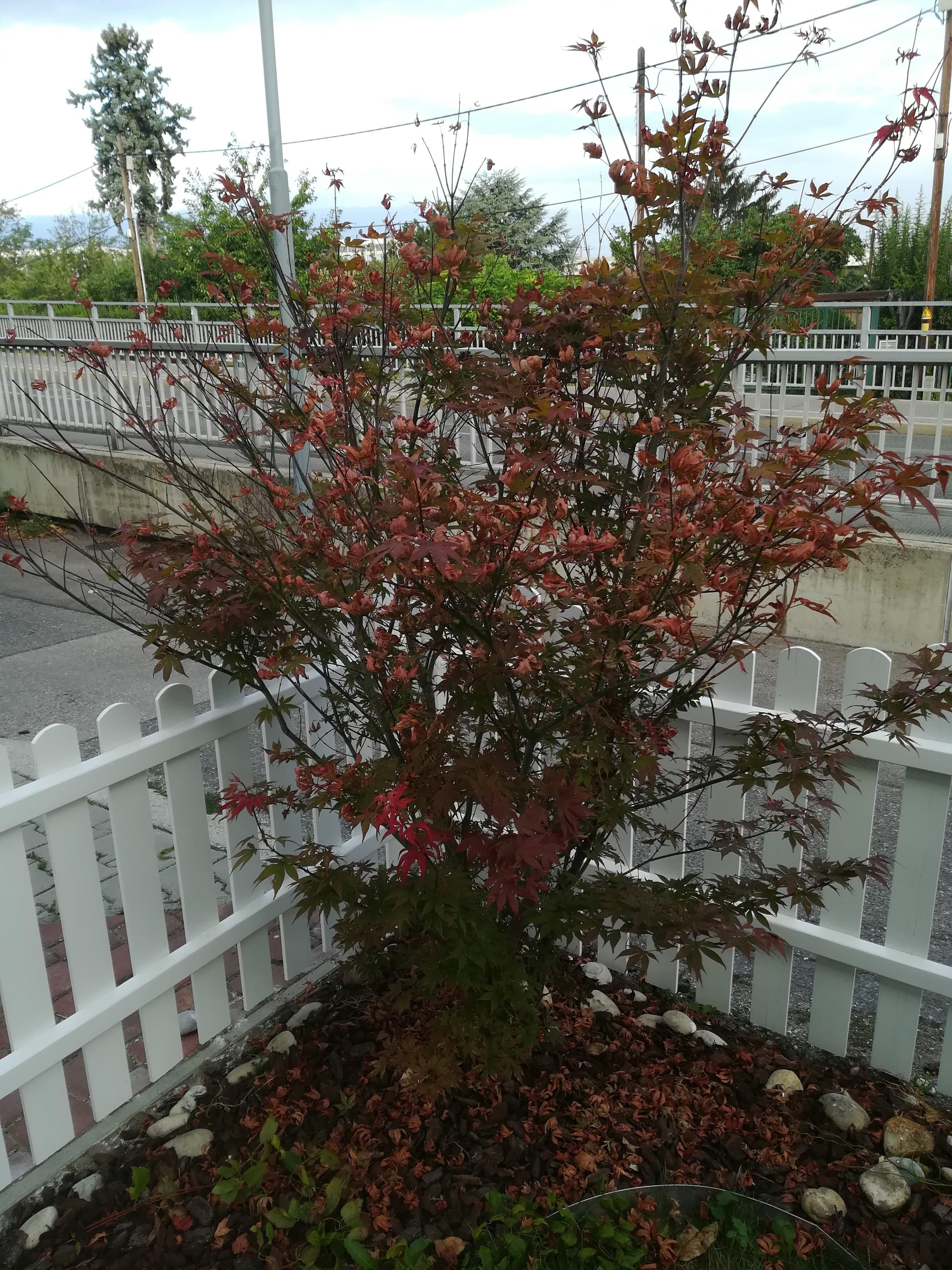 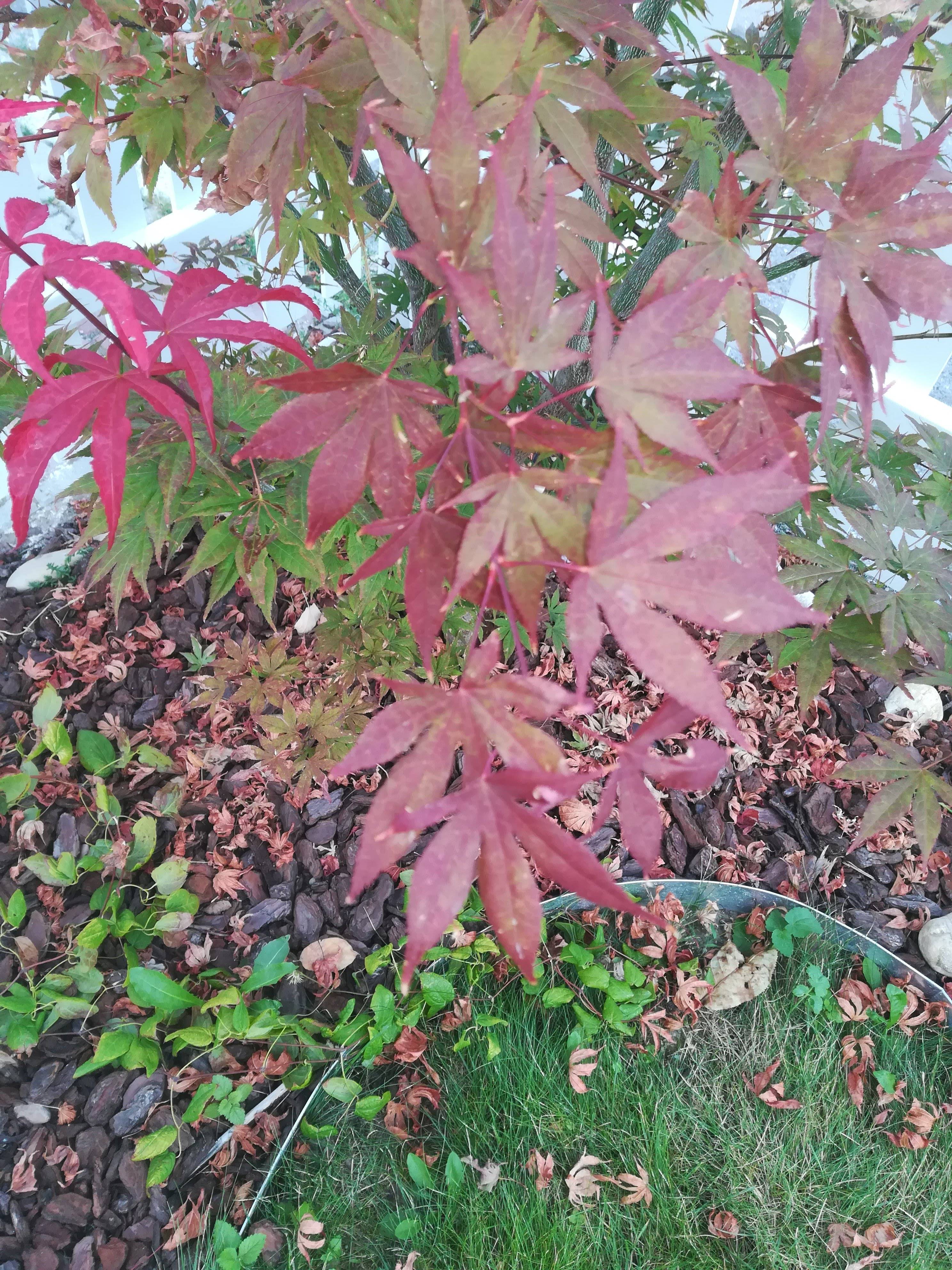 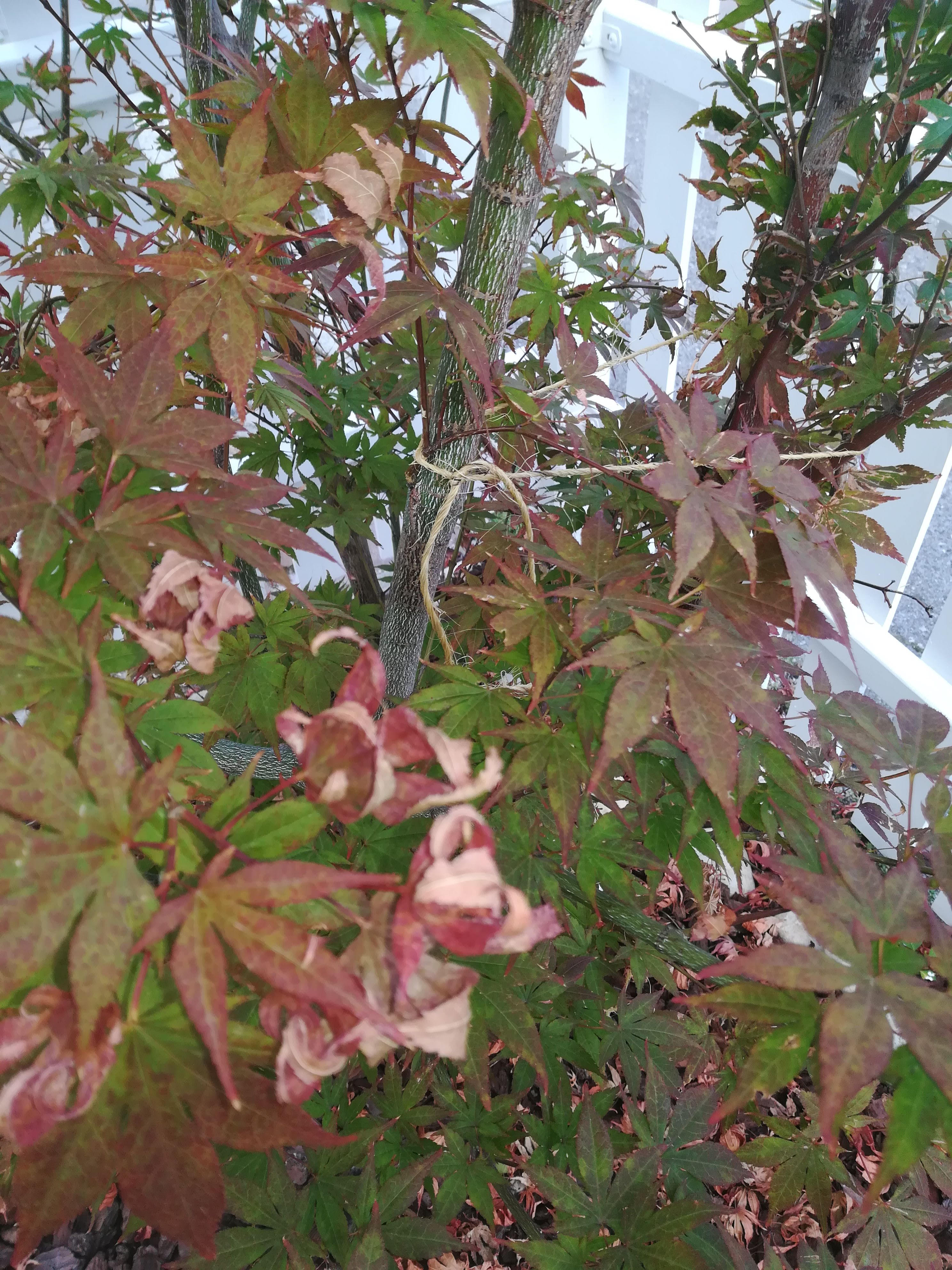 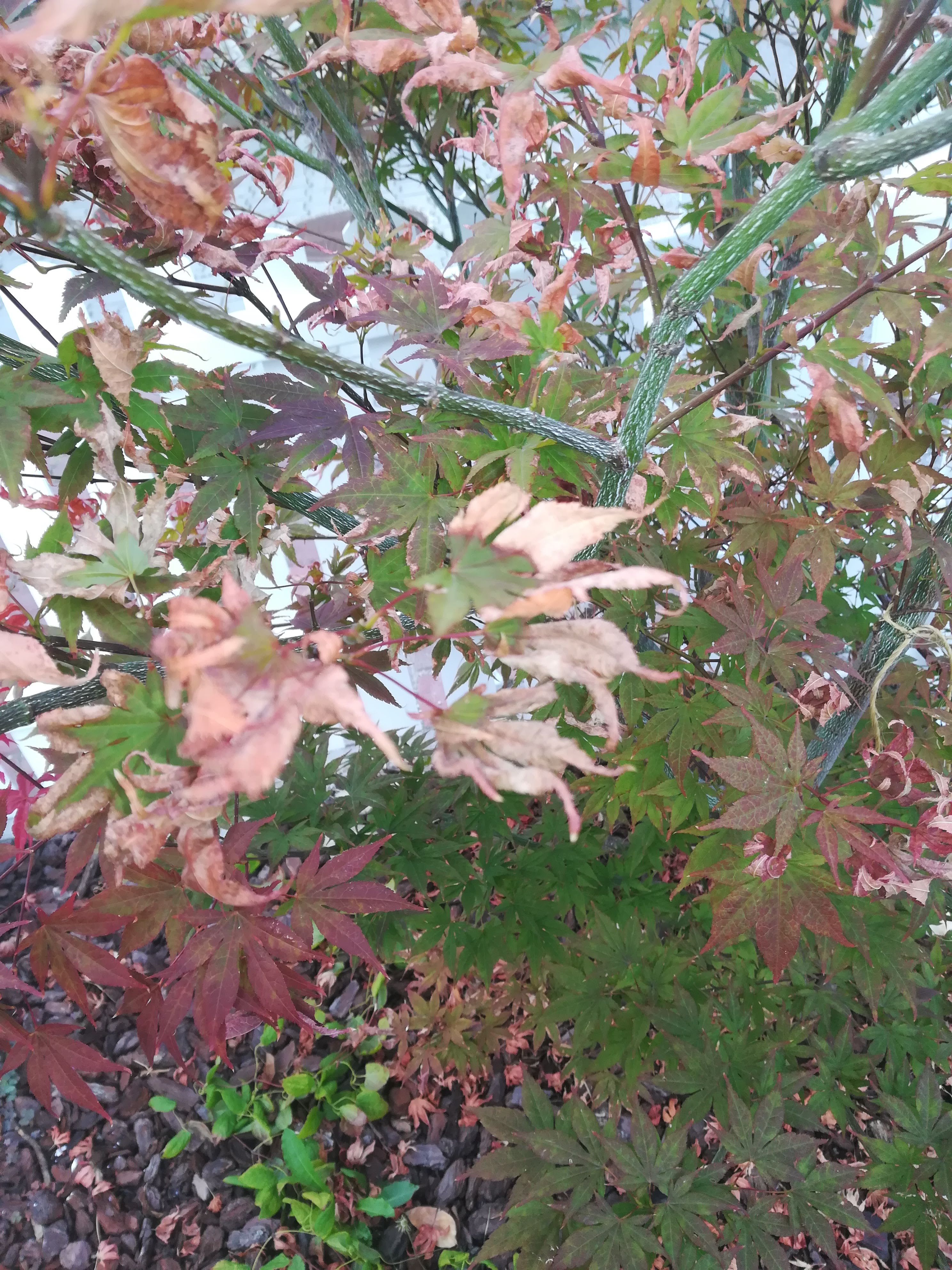 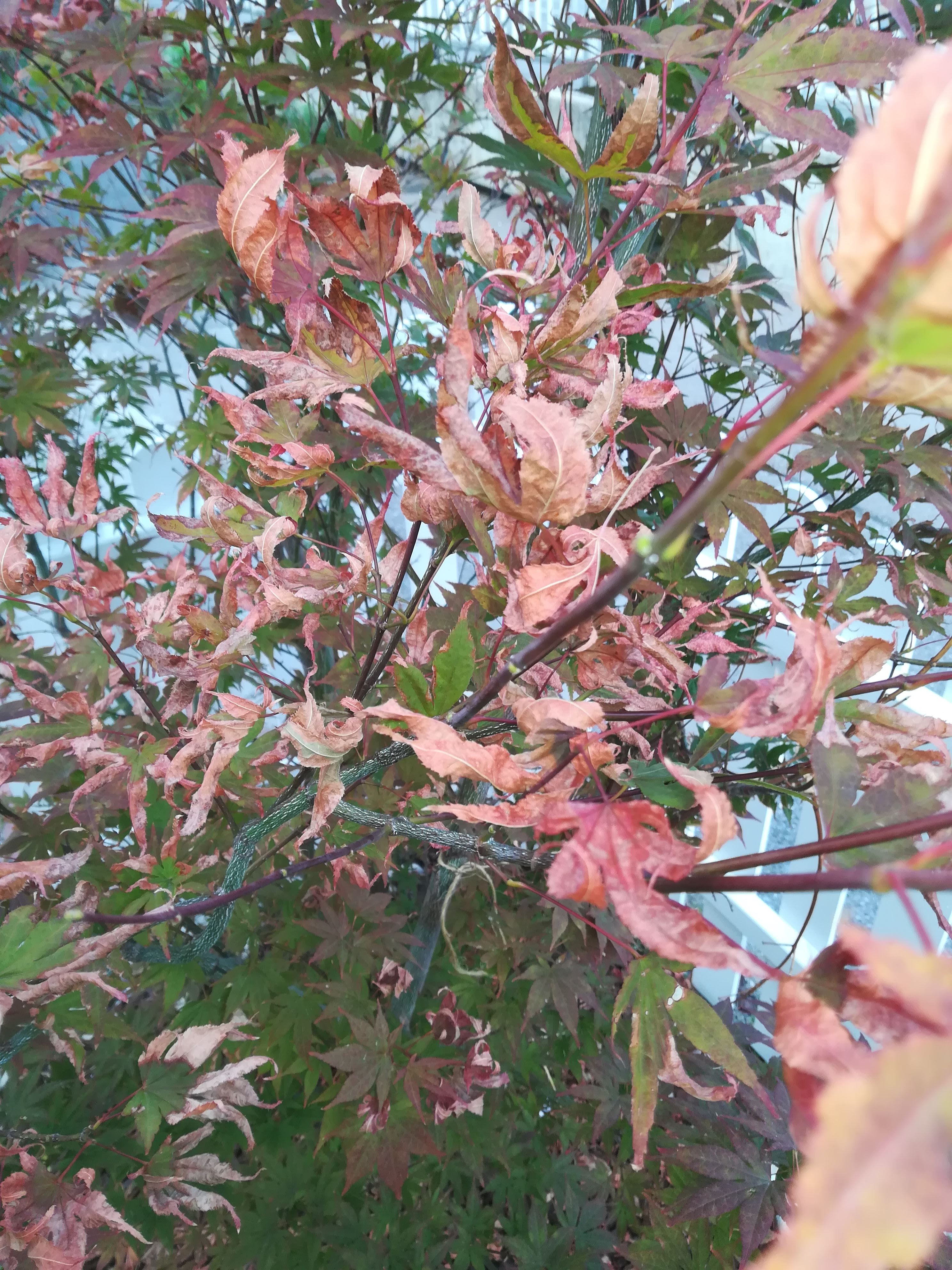 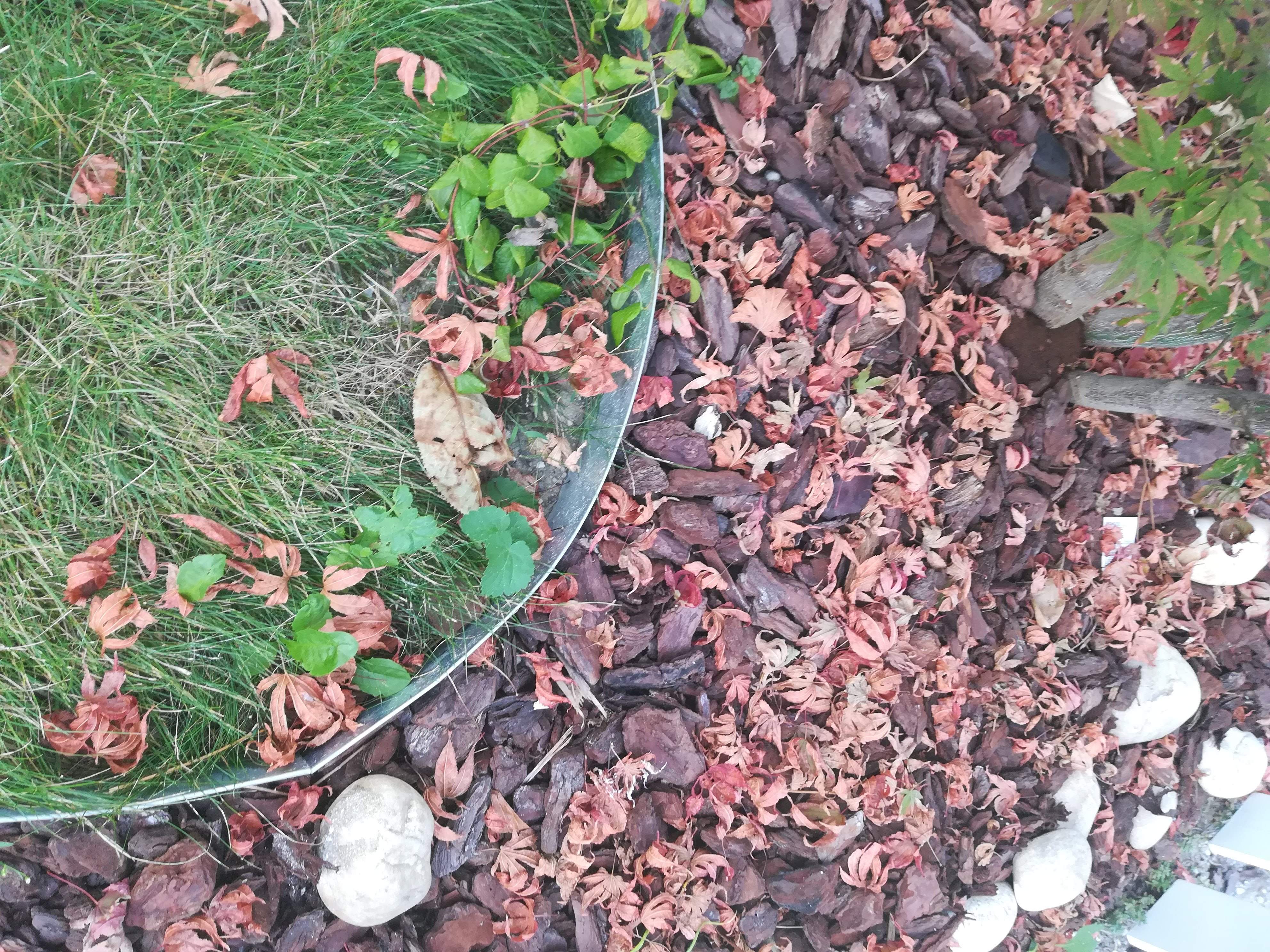 It is very odd that you should have two trees with a problem with unexplained die back, the apricot mentioned in this question and also this one. Once you are convinced one or the other needs removal, or even in a non-planted location, it would be helpful to dig down about a half metre and see what kind of soil you have underneath the immediate topsoil. Check with your local utility companies first, though, they can get very irate if people cut gas lines or fibre optic cables.

I'm sorry to say it's probably not good news again. Japanese Acers are particularly vulnerable to verticillium wilt, again caused by a fungal infection, though it's not the same as the fungal infection on your apricot tree. The likely culprit in this case is verticillium dahliae, commonly known as die back; it is extremely common for dieback to occur in Acer palmatum varieties, and I'm afraid there is no effective treatment https://www.rhs.org.uk/advice/profile?pid=255

Verticillium dahliae resides in the soil, so it's best not to plant another Acer in the same position, nor to transfer any of the soil around its roots to anywhere else in the garden. In the meantime, you can prune back dead branches - it may still produce growth next year, but will likely eventually give up and die altogether, at which point it should be removed.

I'm very sorry to have to have given such bad news in regard to both your questions. It's probably best to choose different replacement plants which are not particularly susceptible to fungal infections.

First thing is to rake up all that debris and get it away from the 'graft'. Those green leaves are growing from below the graft from the root stock, I think.

Take a good pair of by pass pruners and cut off without leaving stumps all little thin branches that grow towards the center as well as are in the center of this tree.

Don't tie up limbs as you've done. Makes weak branches and branching angles. Better is to head back that limb taking the weight off the end of the branch. Cut back to a bud growing upwards and outwards.

Please pull the debris back, the chips included and take a picture of the trunk and soil connection. And graft.

Not the answer you're looking for? Browse other questions tagged diseases leaves urban-gardening japanese-maple or ask your own question.

4
How to tackle this disease on an apricot tree

18
How do I prevent the seeds on my Japanese Maple from falling off?
3
dying leaves on Japanese maple: water damage, drought, or disease?
4
Japanese Maple shrub dying
7
Japanese Maple Care after years of neglect
2
Care of and shaping of an Acer Palmatum where many branches seem dead
5
Japanese Maple: Overwatering or Underwatering?
3
What is wrong with this Shaina Japanese Maple
8
Japanese Maple Prognosis?
1
My over 23 year old Mango tree wilted and cracks on barks. Verticillium wilt or Dieback?
2
Pepper plants are showing strange, deformed new growth, what could it be? Virus? Deficiency? Herbicide?