What variety is this curvy courgette / zucchini with a bulge at the flower end?

This is a picture of courgette/zucchini from a plant I bought but no longer have the tag for. The shape shown is the same as every other courgette from the plant. They look like a coat hook to me!

The plant itself has relatively small leaves compared with the standard courgettes people grow, and the fruit is smaller too and probably a bit less prolific.

However, unlike the standard ones, the courgettes were also a little more crisp to eat, and didn't grow too large within a few days if left unpicked (the one shown was probably 2 weeks old and is larger than I generally picked them, as I didn't notice it for a while, but it was still delicious!). The plant has also lasted much much longer with no sign of mildew, and is still producing as we get into wintery weather.

I'm wondering if anyone can identify the variety? (it was purchased in New Zealand, but may still be grown elsewhere?) 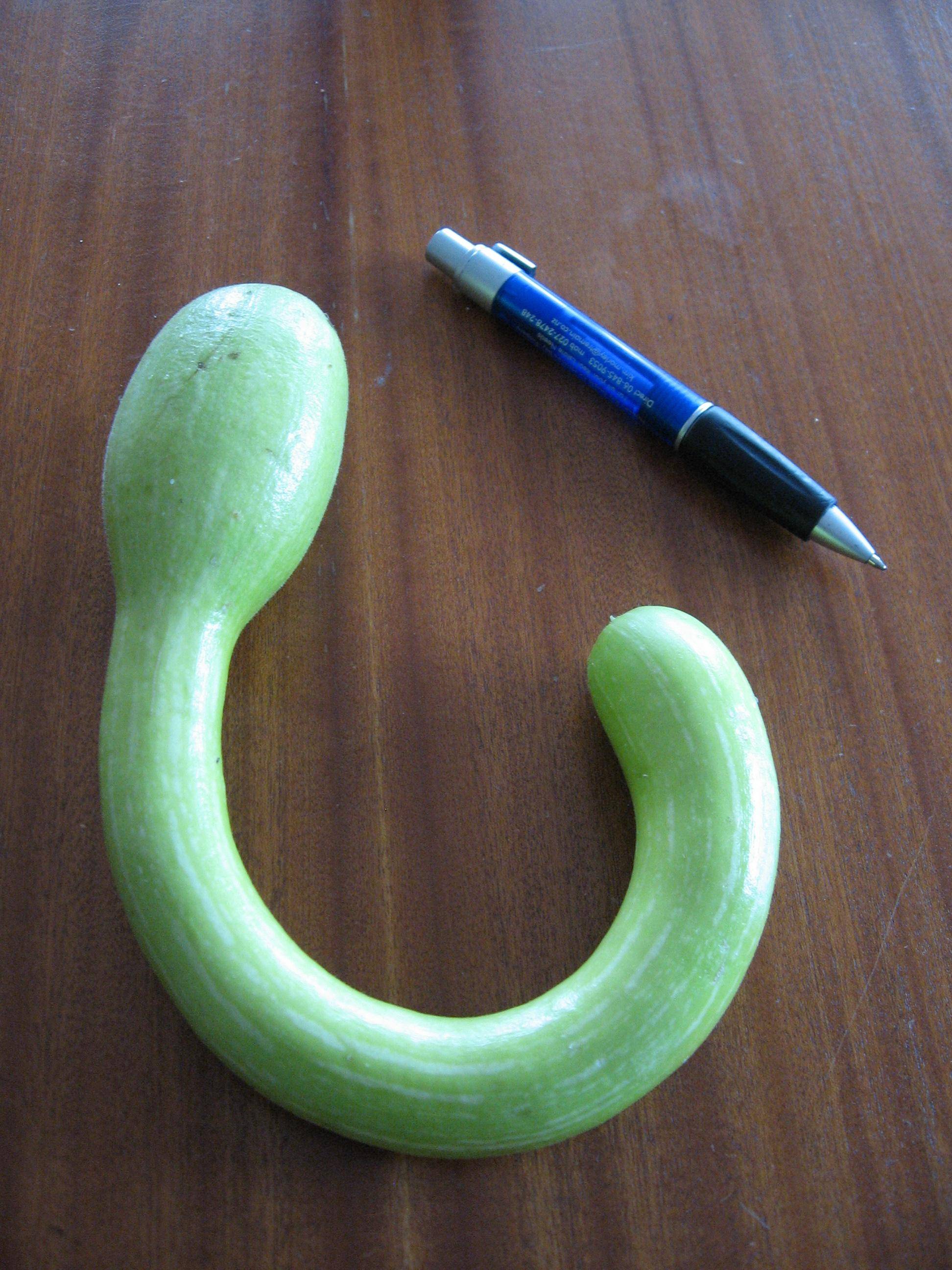 identification zucchini
Share
Improve this question
asked May 12 '12 at 9:44

It seems to be called zucchini tromboncino. Here are some pictures that all look like yours. North American zucchini = European courgette. (BTW some of the pictures fall somewhere between funny and not quite NSFW.)

Not the answer you're looking for? Browse other questions tagged identification zucchini or ask your own question.

7
Why do some of my zucchini shrivel and turn yellow at the blossom end?
3
What is this white flower with stacked petals?
3
Is a zucchini that had a maggot under the flower still safe to eat?
7
Please identify this flower with variety/species & color classification...?
3
What is this variety of African violet, which has a tubular white with purple flower?
2
What is this flower-like succulent with hair on the tips?
2
What is this plant with a purple flower?
3
What variety is this tomato with long, milky green branches?
3
What variety of euonymus is this?