Okra will not produce pods

I am attempting to grow okra around Portland, Oregon area, USDA hardiness zone 8b.

I am growing them in a makeshift greenhouse make of some clear plastic tarp over a raised garden bed. This was closed most of the time but I have left it open for the last few weeks due to high temperatures 80-90F+ 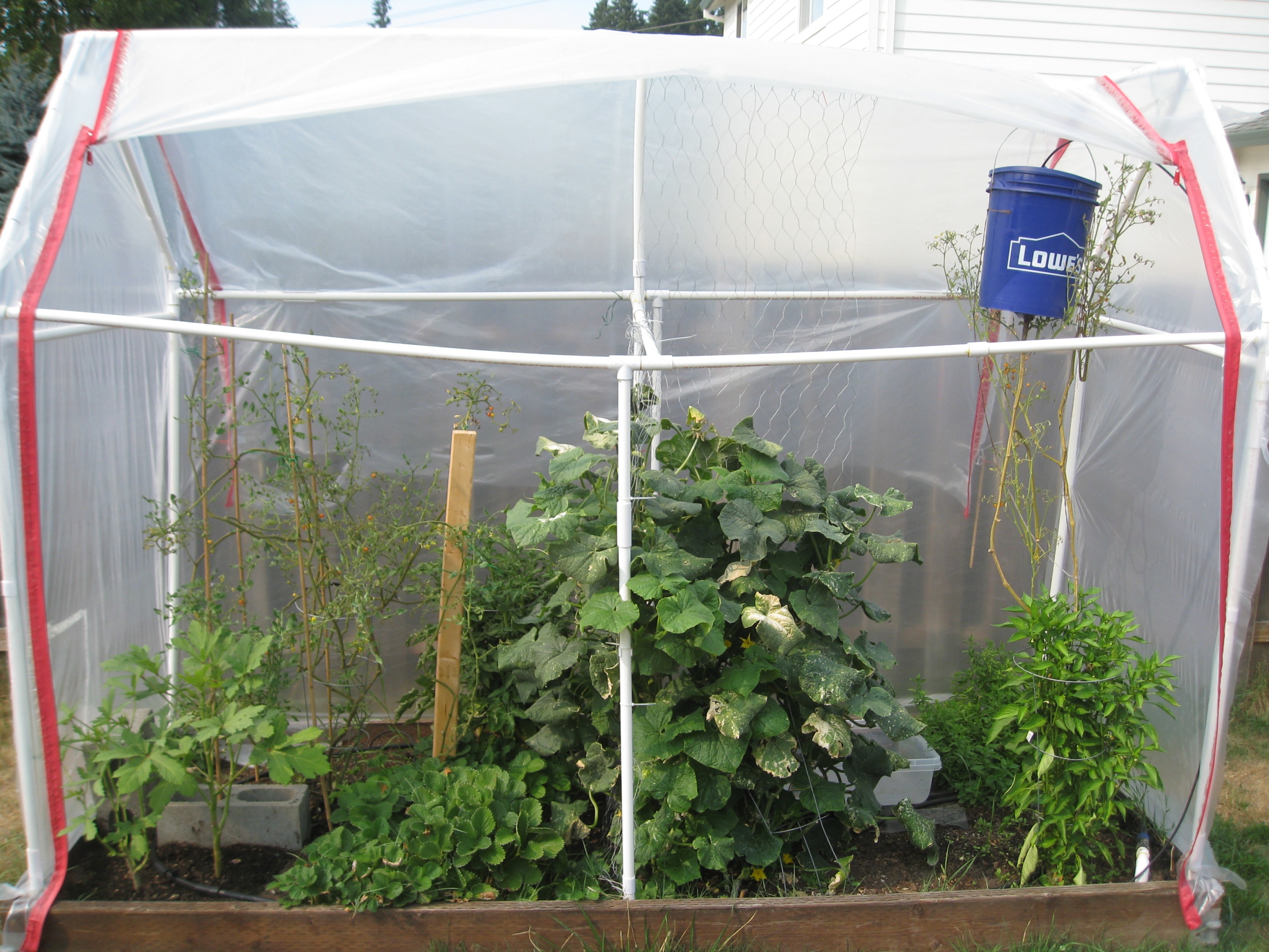 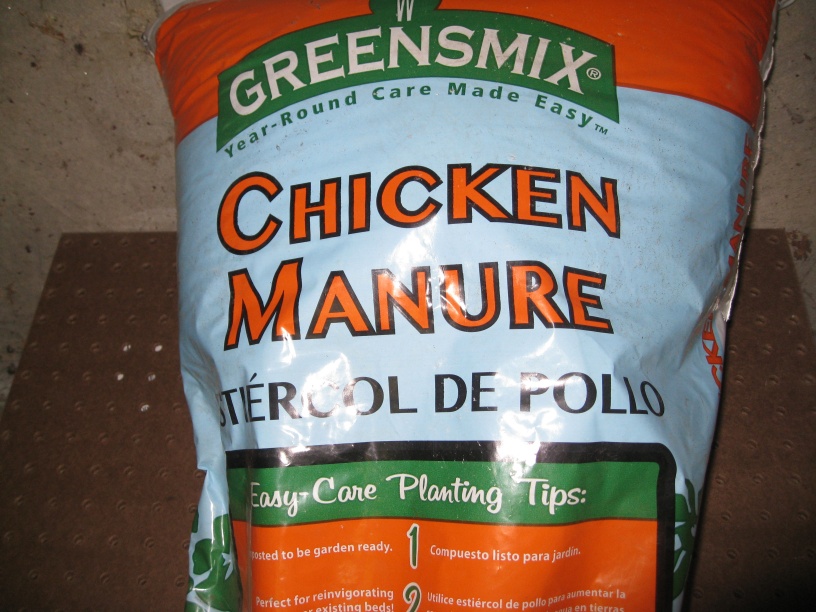 I have two plants that are around 6-8 months old (estimate). They appear to healthy however have failed to produce any pods. What happens is: a flower will appear and open, the flower will close and drop off, a small green "nub" will be left behind, then this nub and the stem that is attached to will dry up and turn brown and then fall off the plant.

I found some information about growing orka in my area which says that the night temperatures should be above 55F. I have measured soil temperatures with a temperature logger and the minimum temperature at night it 67F, max temperature during the day has been around 90F recently.

I found a person with what appears to be the same problem in this comment and the responses seem to indicate that there is some problem will pollination? Here is a video showing manual pollination of an okra flower with a q-tip. I attempted this, however I get almost no pollen to stick to the q-tip, so my guess is that the flowers are not producing pollen for some reason. 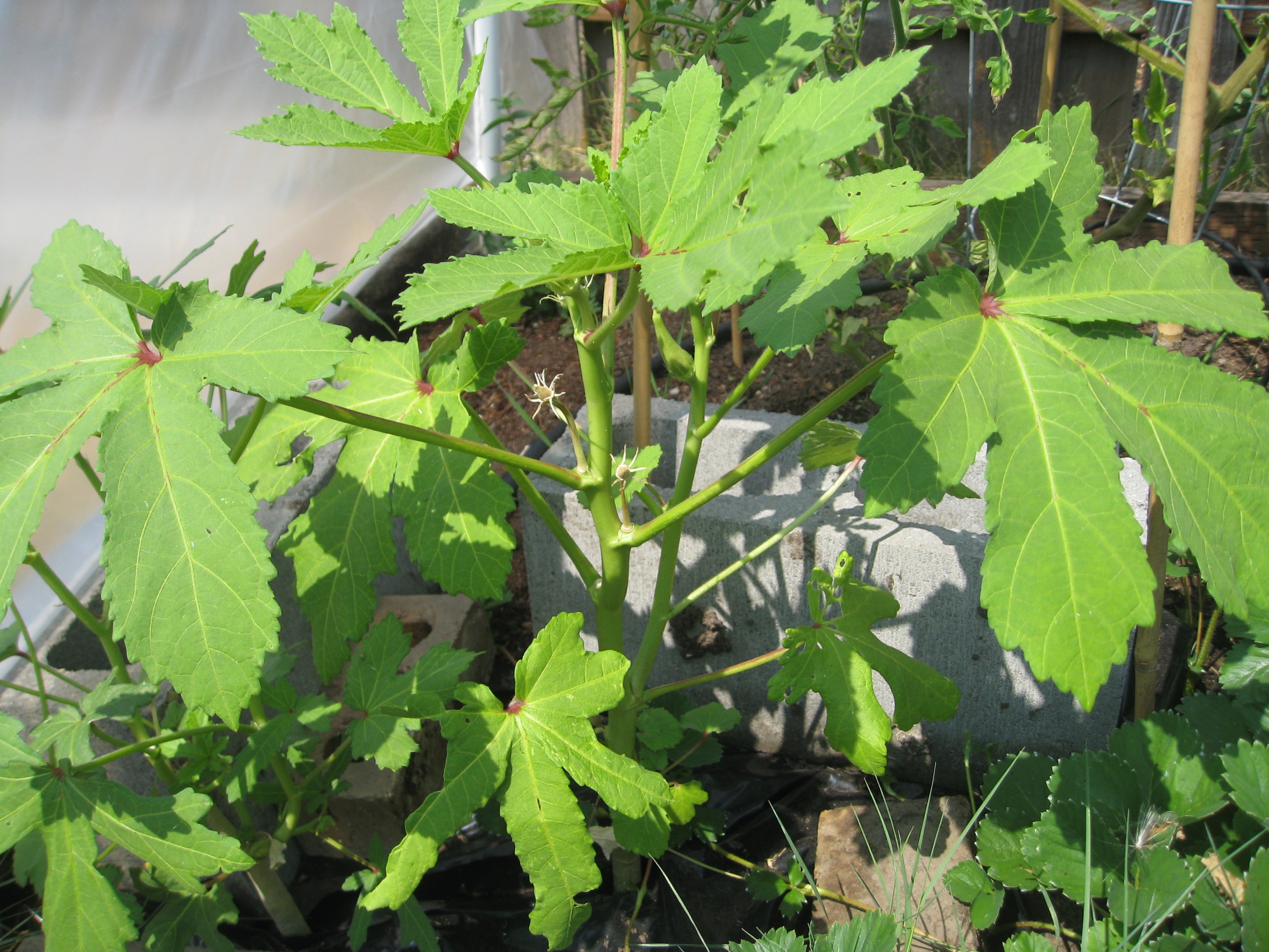 flower (not fully open here, but I have seen them fully open) 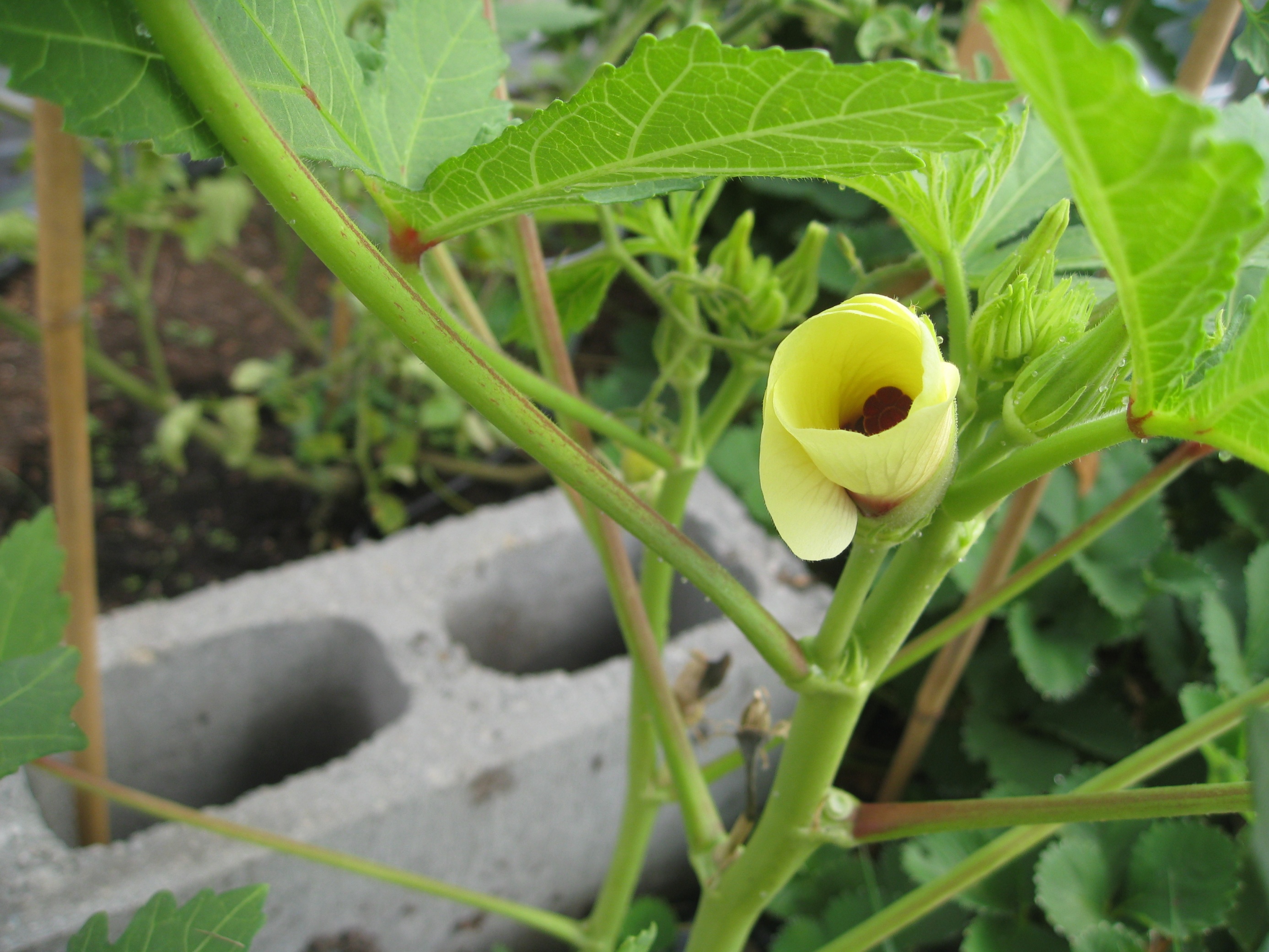 and my failed attempts at hand pollination 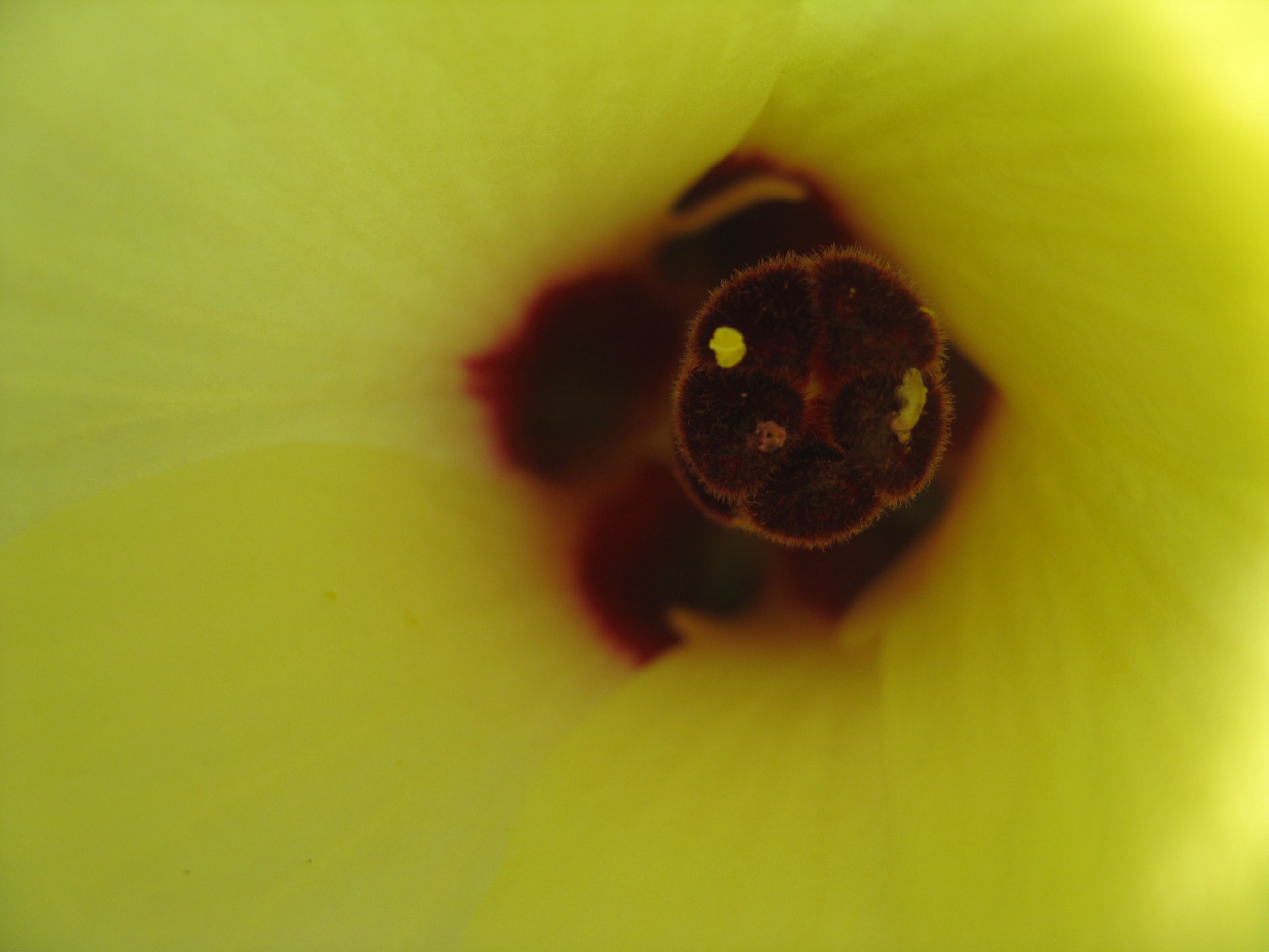 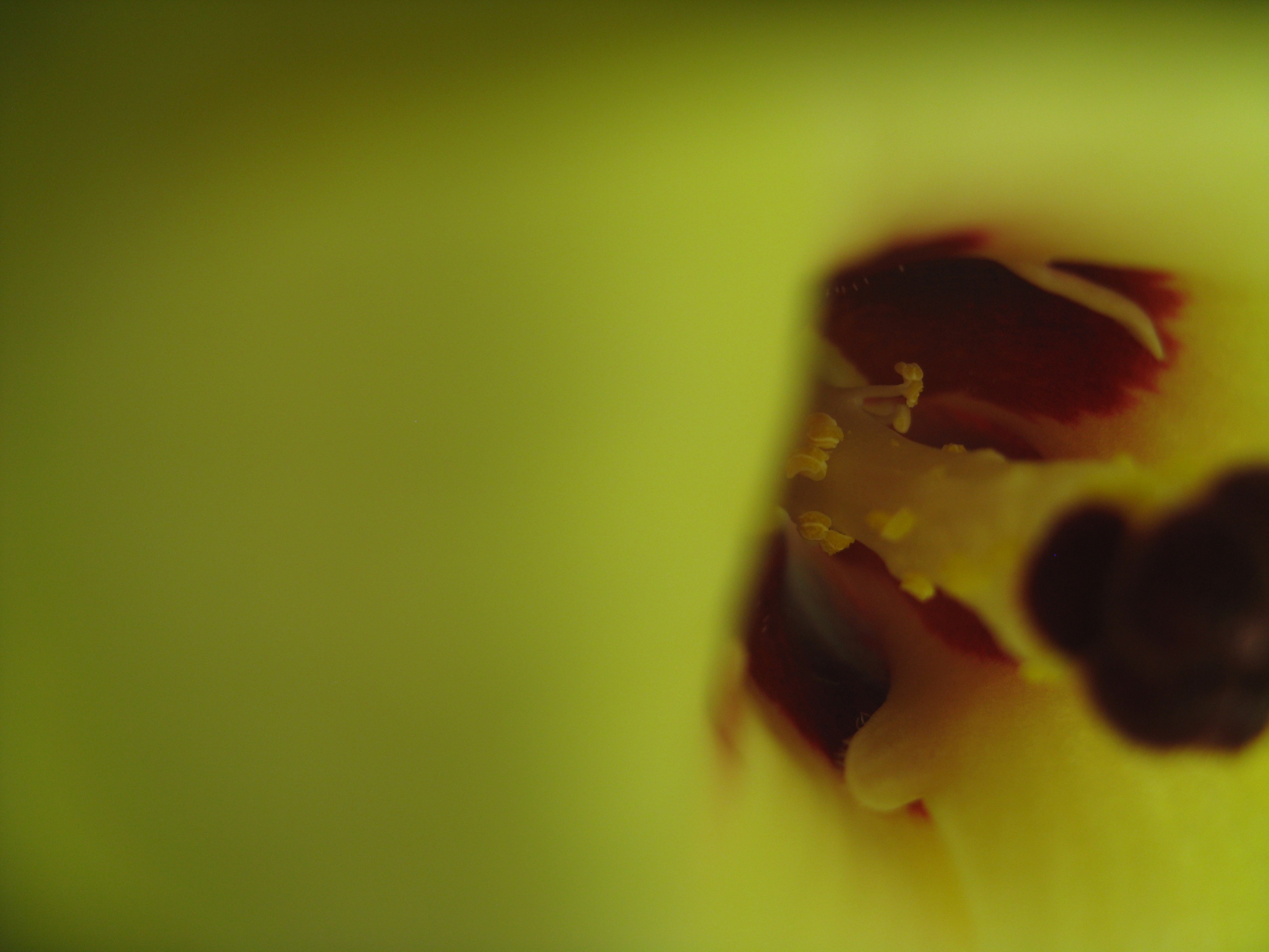 note that there really is no powdery pollen as seen in the linked video above. 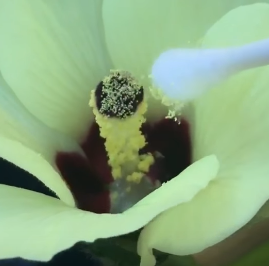 If anyone has any idea what could be causing the plant to not produce pods and/or pollen or has any experience with okra I would appreciate any advice as to what to try next. I was thinking at this point I may want to try some soil/pH testing, but I have no experience with this.

Update tried to remove most of the soil from around the plants and replaced it with soil that I had not added any chicken manure to as I think this would remove some of the nitrogen. Did soil testing, pH is around 6.5 and nutrient results: 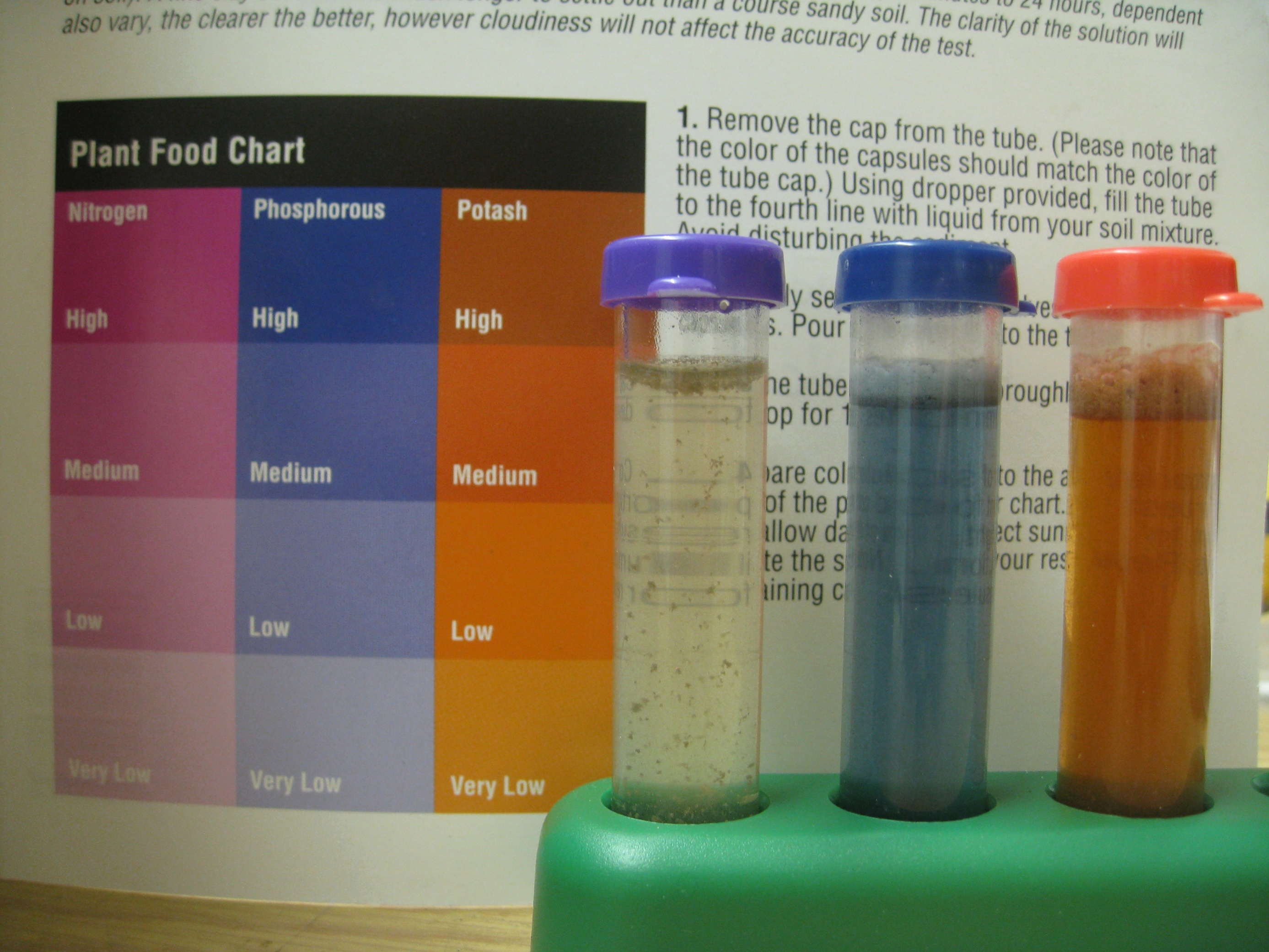 So, I guess too much nitrogen is definitely not a problem now...because it appears that there is none...oops?

Also, the next few flowers appeared to have a small amount of pollen that I was able to put onto the stigma. 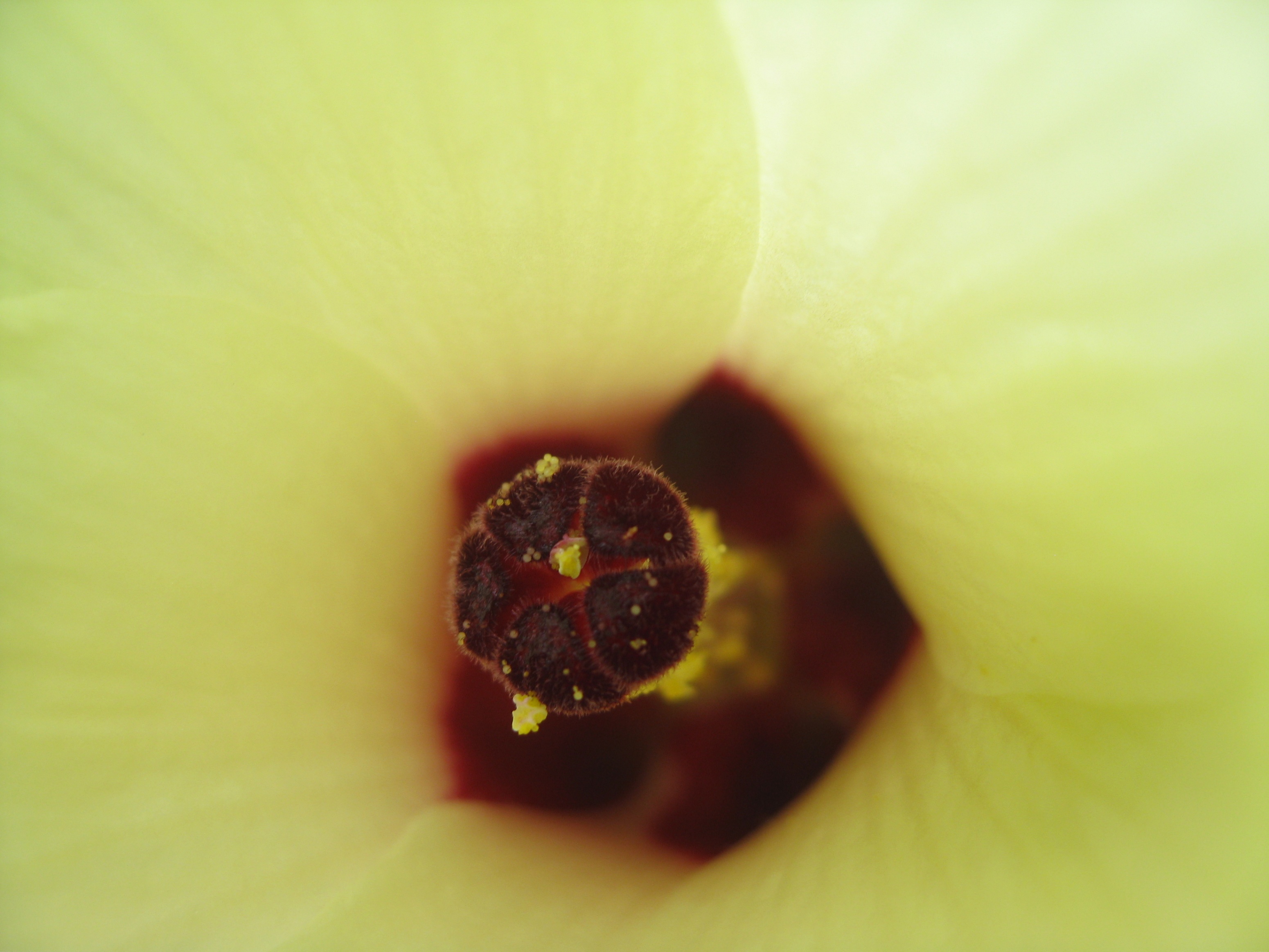 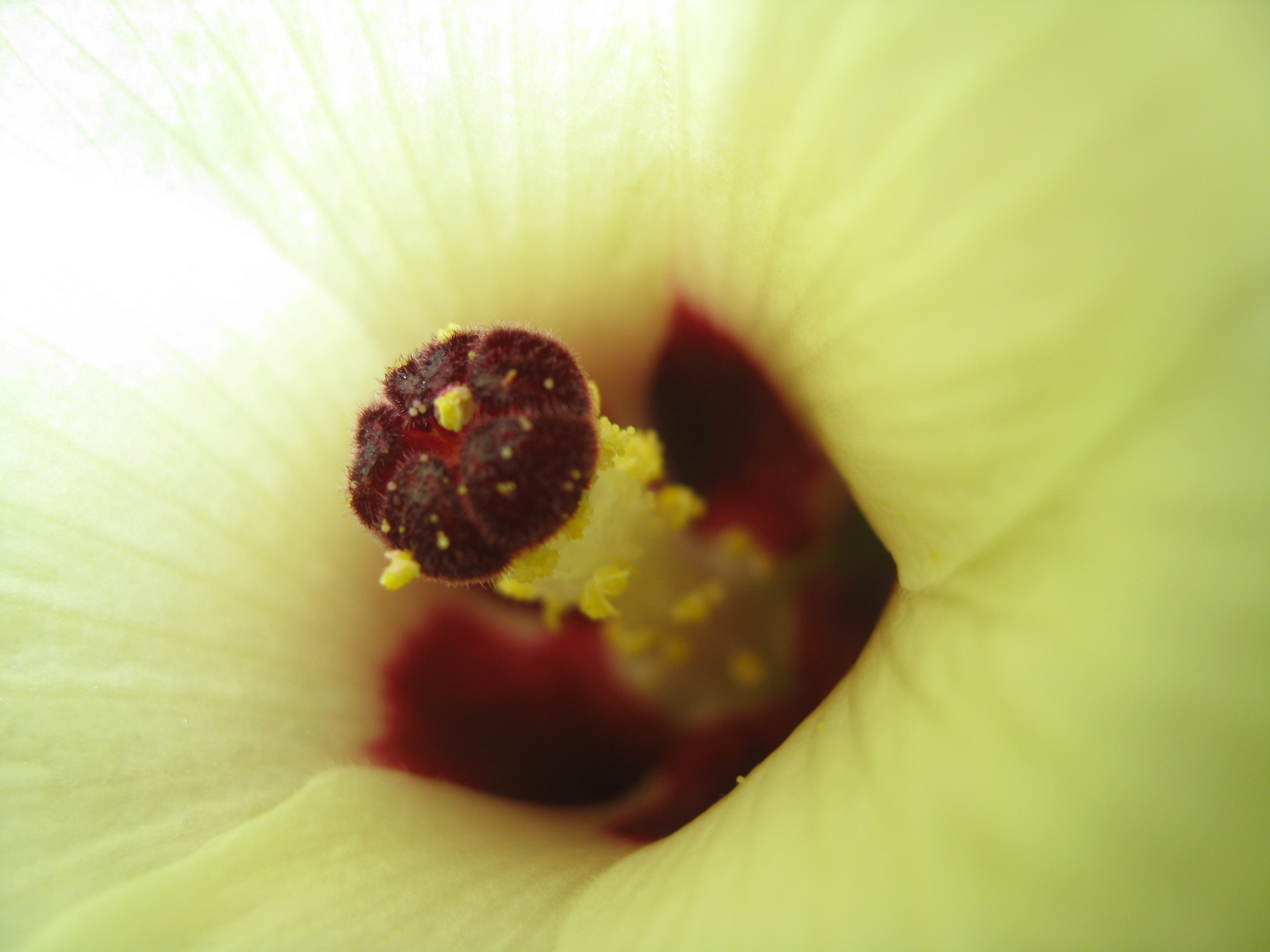 Still pretty pitiful amount, but better than before which was nothing. Will see if I finally get any pods.

A few days later update: These two flowers with the small amount of pollen appear to be growing pods, finally. However I have observed other flowers blooming after this time that again have no pollen. So there is some problem causing pollen to not be produced.

Okra is self-pollinating--each flower is both male and female--so you shouldn't need to move pollen between flowers.

However, I'm wondering if that greenhouse is discouraging bees and sheltering the plants from breeze. People sometimes "shake" tomatoes or flick the blossoms to encourage pollination within the flower; you could try that with your okra.

Temperatures in Portland have been in the nineties, which is a bit high for okra. That greenhouse will increase the temperature more. I'm tempted to advise you to remove the plastic altogether, to reduce temperature, give better access to pollinating insects, and eliminate shelter from breeze. On the other hand, you might then promptly get a chilly spell that will take your okra below its preferred temperature.

So maybe just shake the plants/flick the blossoms.

I wouldn't dig up any more soil--the amount of root damage you're likely to do will probably outweigh anything you accomplish.

I'm also seeing fences and buildings that might produce shade--Okra should get at least six hours of sun a day.

If you have used Miracle gro soil make sure it did not come with more nitrogen fertilizer. Ocra, like any plant producing seed that gets too much nitrogen will not set seed, set fruit. It will focus on great leaves and stems, not reproductive growth.

Greenhouses are an entire new chapter for newbie gardeners. You need FANS! Open up the bottom flaps and/or the end pieces to get air flow and reduce the temperatures. This is so critical I am YELLING! Grins!

Do you have a thermometer in that little greenhouse? At 85-90 degrees F, plants stop all photosynthetic factories. When the temperature gets past 90 you cut days of reproductive maturity from your calendar.

Adding high nitrogen compost along with potting soil that has had fertilizer added would definitely account for no flowers, no fruit, no seed. Or few.

Well I decided to remedy the low nitrogen, so I removed all of the soil around the okra plants and replaced it with chicken manure compost. (I tested the manure compost with the same soil test kit and verified that it has high nitrogen, as expected) and about a week and a half later I have seen around 5 flowers bloom with plenty of pollen in them. 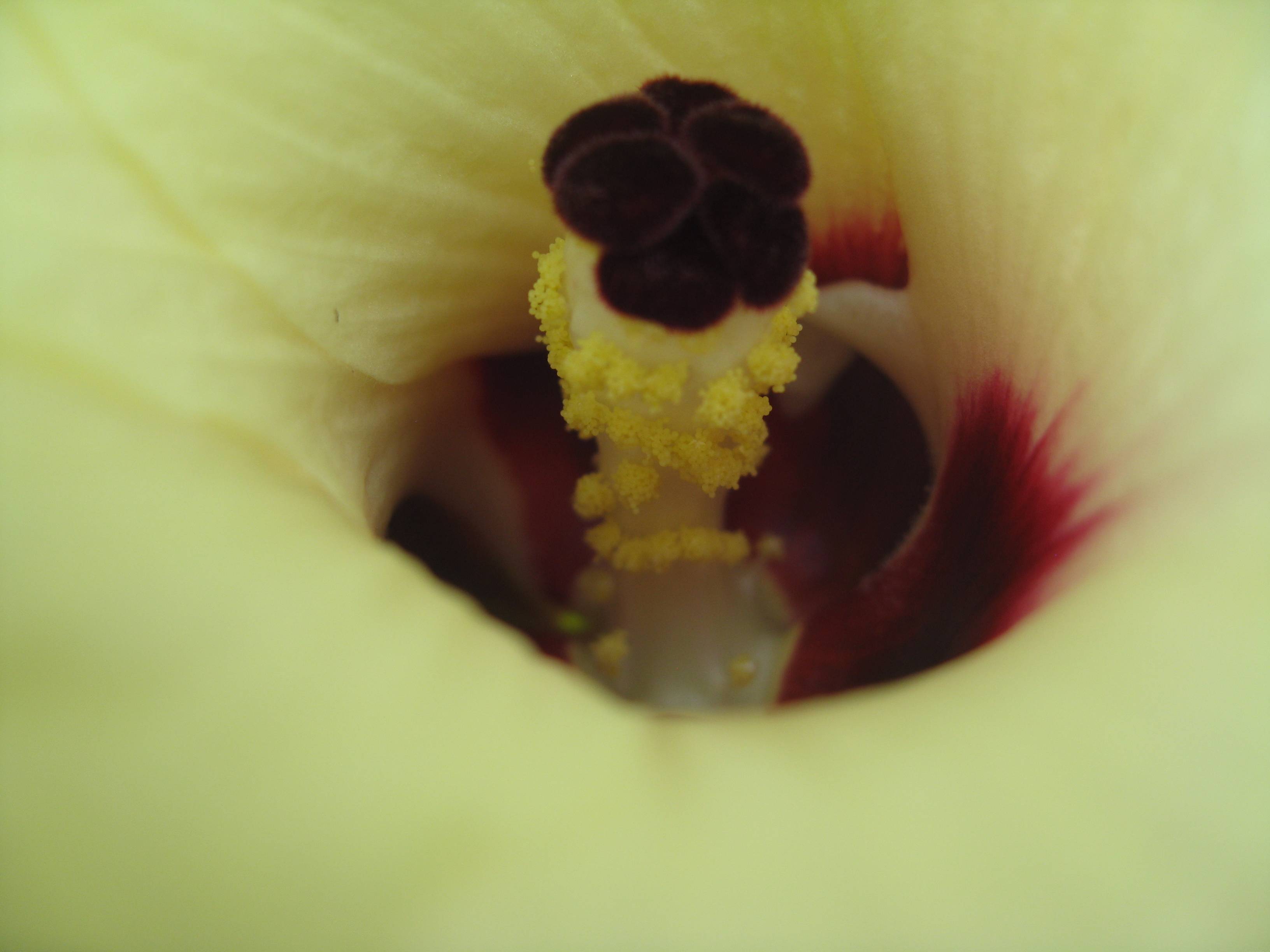 And I was able to easily hand-pollinate them. (and yes, I know that I shouldn't have to do this, but I wanted to make sure it worked for now) 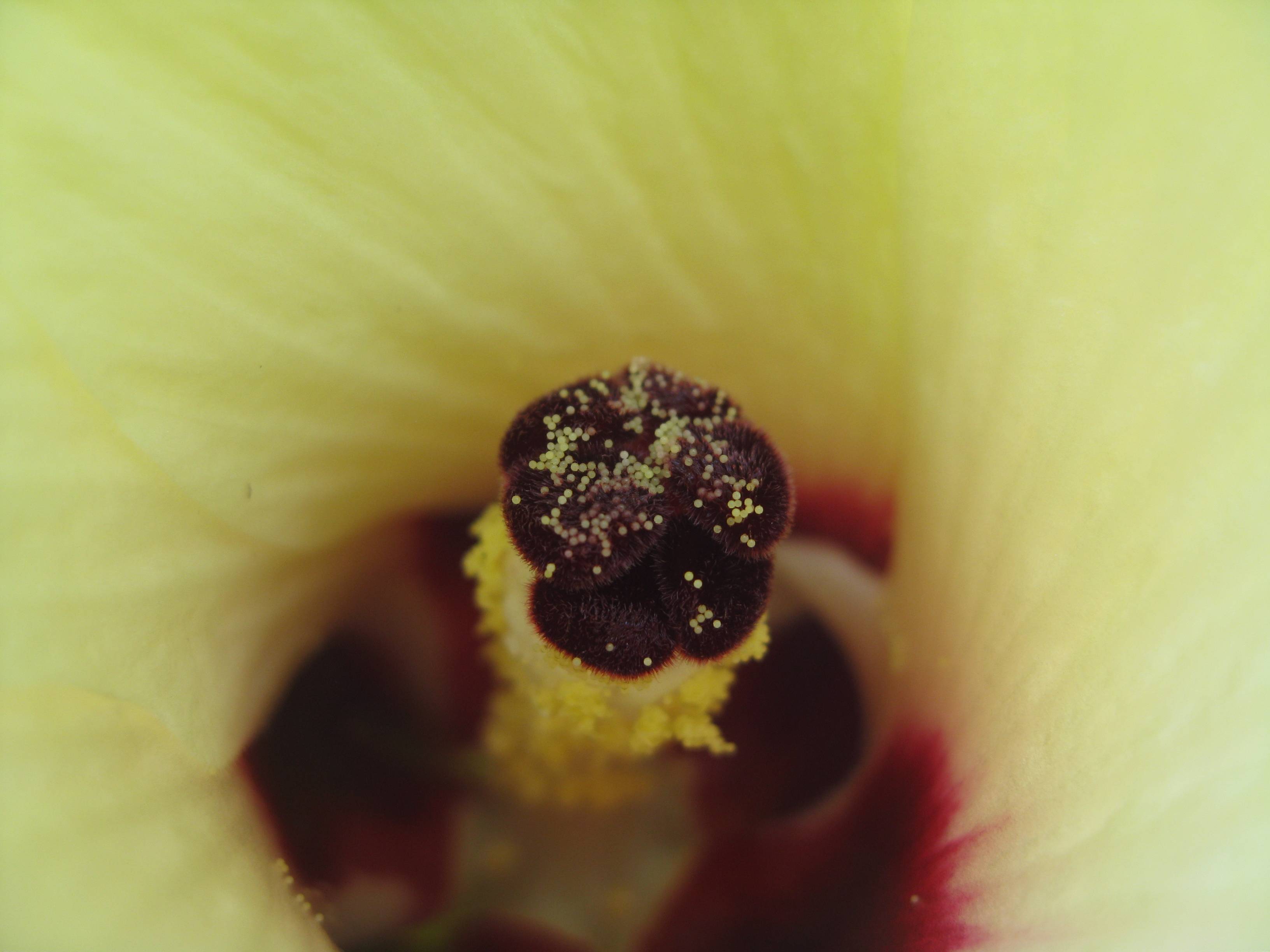 So I guess low nitrogen was probably the problem?

Not the answer you're looking for? Browse other questions tagged diagnosis vegetables plant-health okra or ask your own question.

17
Why are my squash shrivelling?
23
Why is an indoor pepper plant flowering but not producing fruit?
6
How should I transition my Thanksgiving Cactus to artificial indoor light?
10
Why does my Goji Berry produce many flowers but never bear fruit?
6
zucchini plant issues- fruit not setting, blossom buds black tipped & small
5
What is happening to the okra plants
1
What's wrong with my Peony?
3
Chrysanthemum flowers and buds turning brown and dying, leaves wilting and getting brown spots
2
Orchid buds yellow and fall off