Leaves are dying slowly on Raspberry plant-what on earth is wrong?

I am in desperate need of some help. I have been trying to figure out what is killing my Raspberry plants and have come up with nothing so far.

Let me give some background information that may be of some help. I purchased two raspberry plants in 2017. I planted them in an area that was heavily mulched every few year. They got about part to full sun. I picked a couple berries and then the leaves started to turn yellow and die from the bottom of the plant on up (I remember them having brown spots on them) . The leaves would die and so would the branch. I gave up on those plants and decided to build a raised bed for the next set of plants I would buy.

Earlier this year, I bought a bunch of Raspberry plants (2 Baba raspberries, 2 heritage, 2 fall gold, 1 Anne, 1 Joanne J, and some Caroline rootstock). I planted them in a raised bed that I filled with some Miracle grow raised bed soil, some black kow, and a little bit of soil from behind the house. I planted all the Raspberries (some were planted a little later than the others) and all of them started growing fine (some of them were growing too fast and blocking sun from the smaller ones so I trimmed the tops down). Here is a picture of the bed(s): 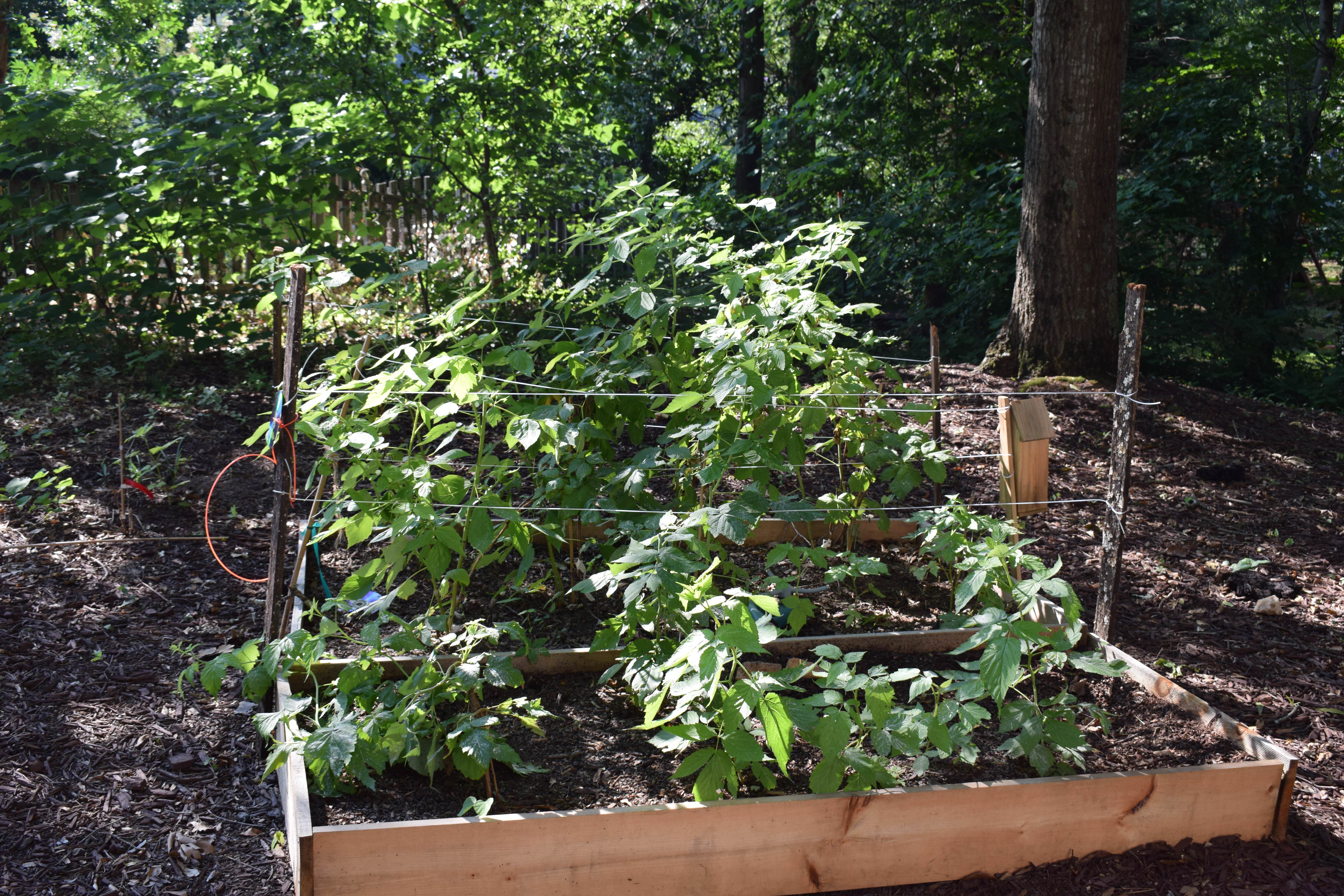 I picked a number of berries for the summer crop and that's when I began to notice spots on the leaves of the floricanes. The leaves were turning yellow and falling off. Well, I figured they were done fruiting and cut all of the floricanes out early (they were going to die anyway). I hoped that it would stop whatever they had from spreading to the primocanes. Well, it didn't work.

Slowly, the primocanes started to get infected too. I diagnosed them with Leaf spot. I bought some 3 in 1 fungicide/insecticide spray I sprayed the plants with and quickly went through the whole bottle. I then bought a sprayer and some immunox and began spraying that every 9/10 days. I just completed my third treatment of immunox and there doesn't seem to be much leaf spot left. However, leaves are still turning yellow and falling off. On a few plants, 2/3 of the plants have been completely defoliated. Now the leaves have a weird whitish/yellowish tint/glaze over them and I have no idea what is wrong with them. I have also noticed that are tiny black seed/spore things all over the Raspberry canes/leaves (it looks like the black spores/seeds have some sort of string attached to them). I have spent countless hours and hundreds of dollars on my plants and I don't want to see them die! If you have any ideas of what might be wrong, please let me know! 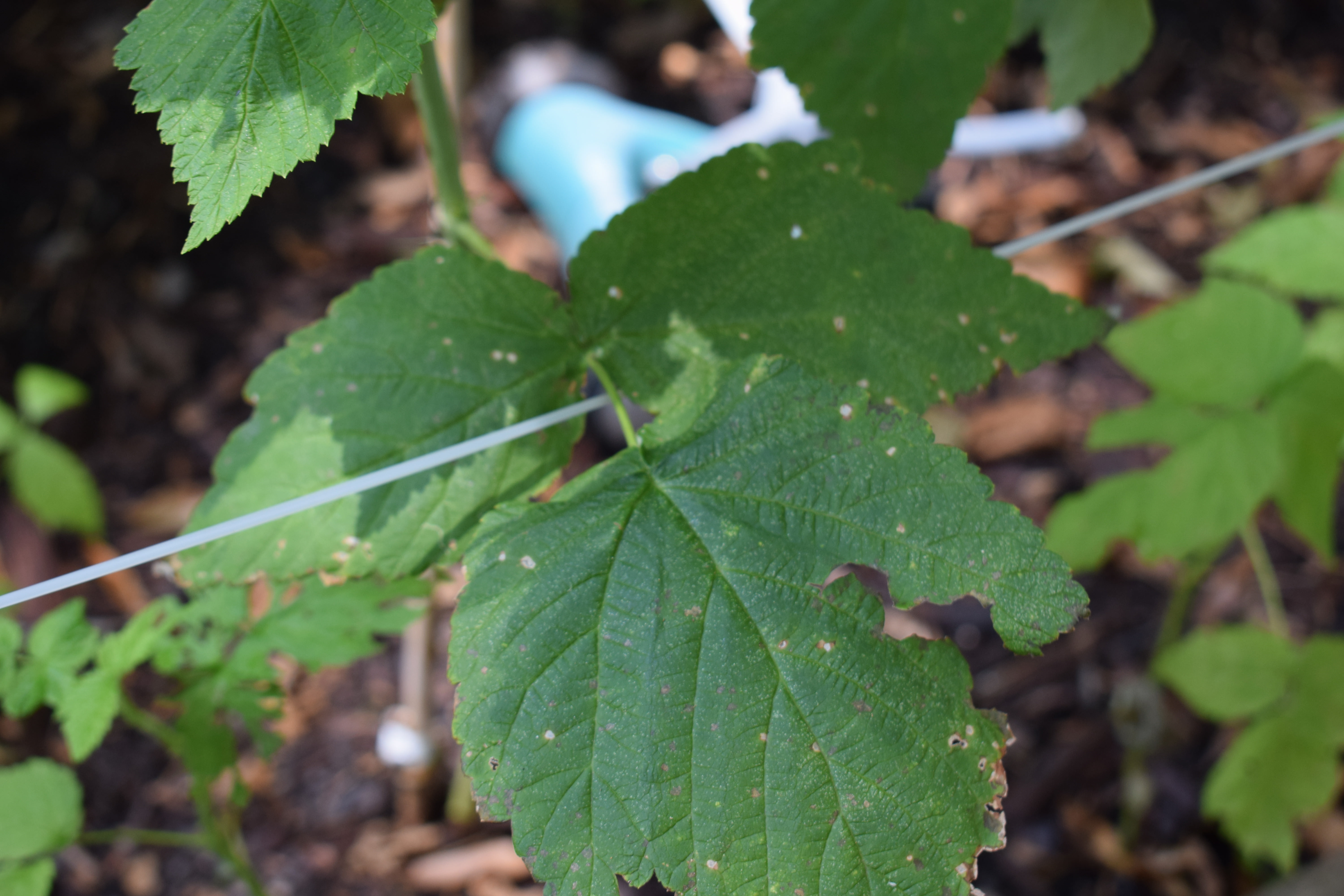 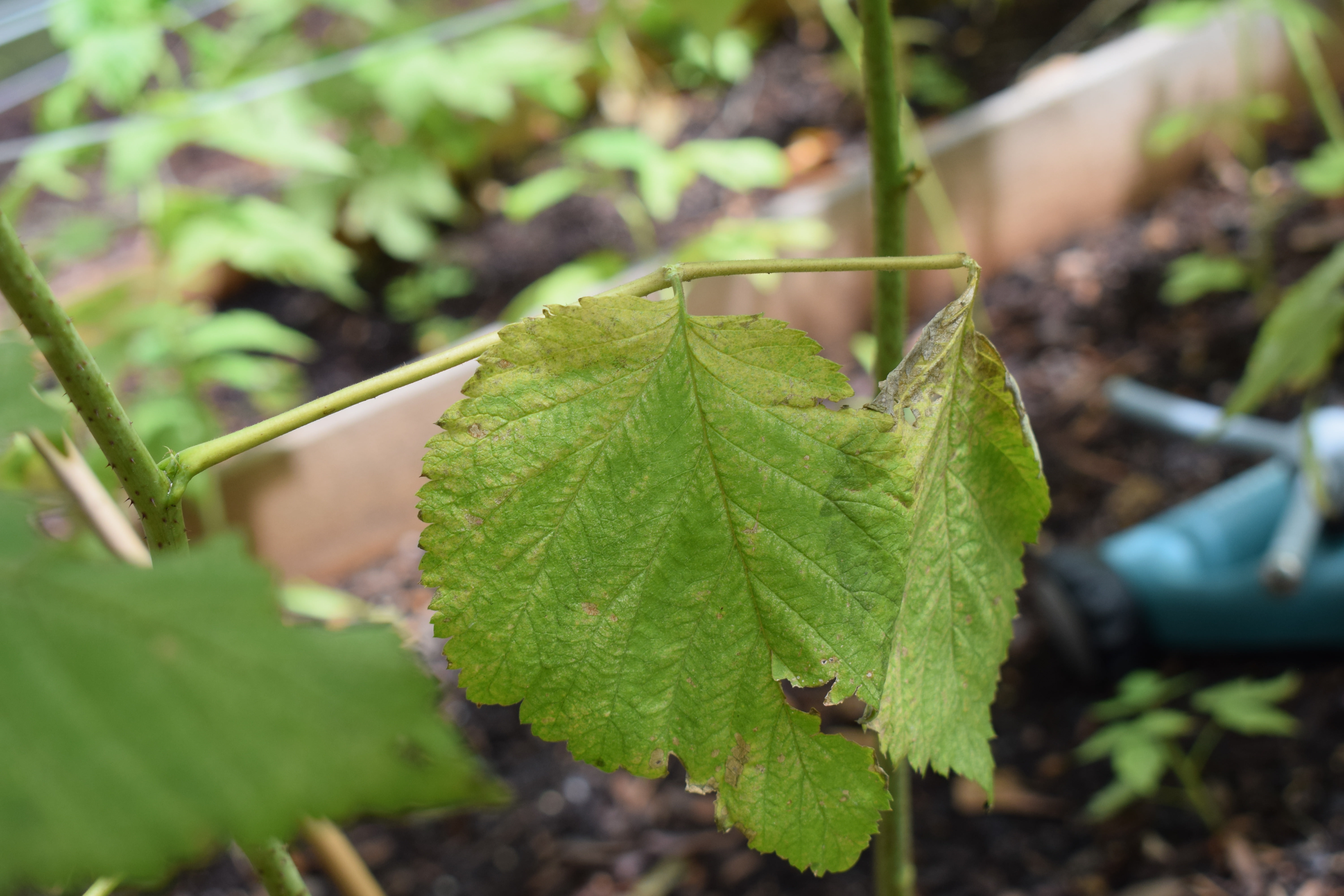 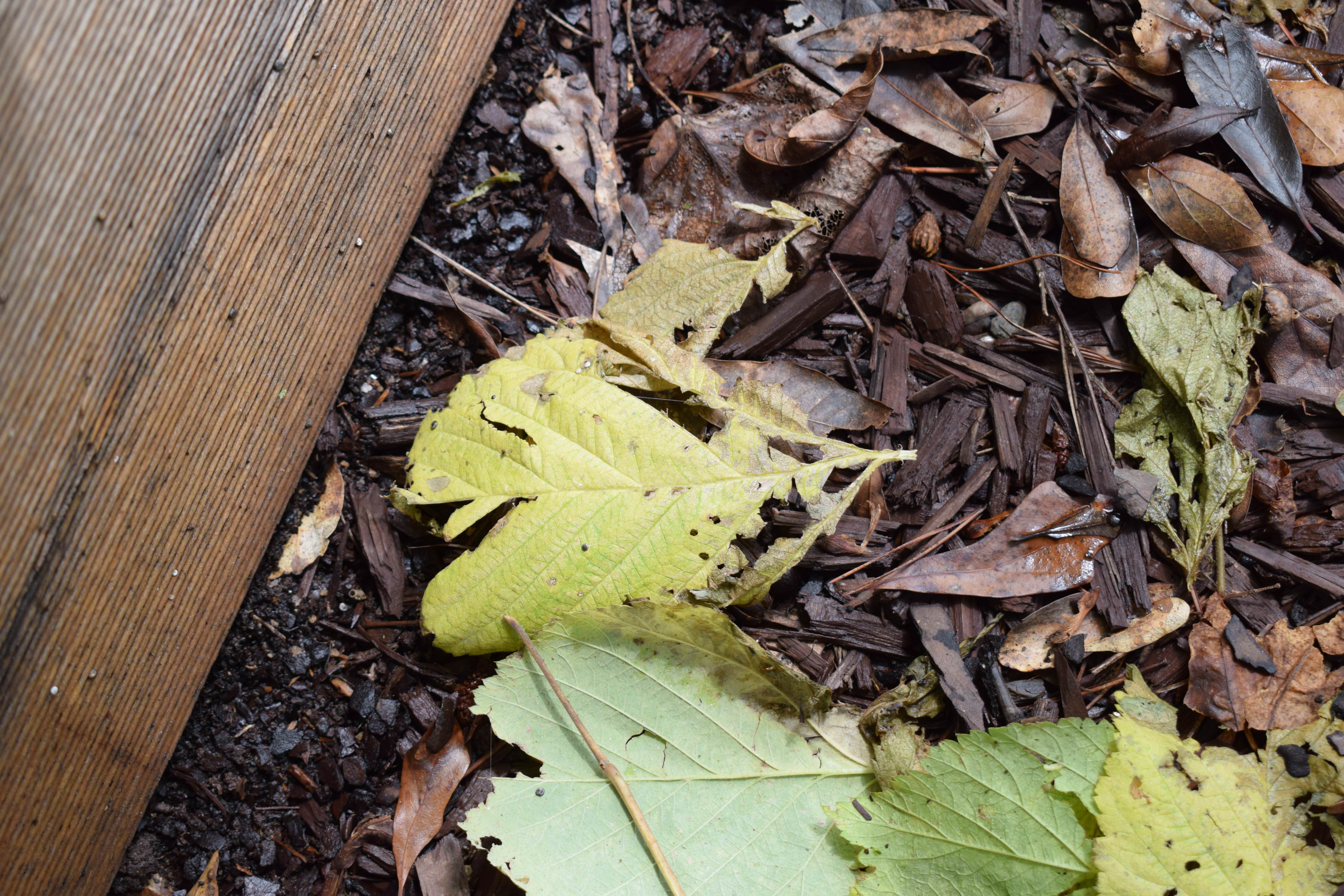 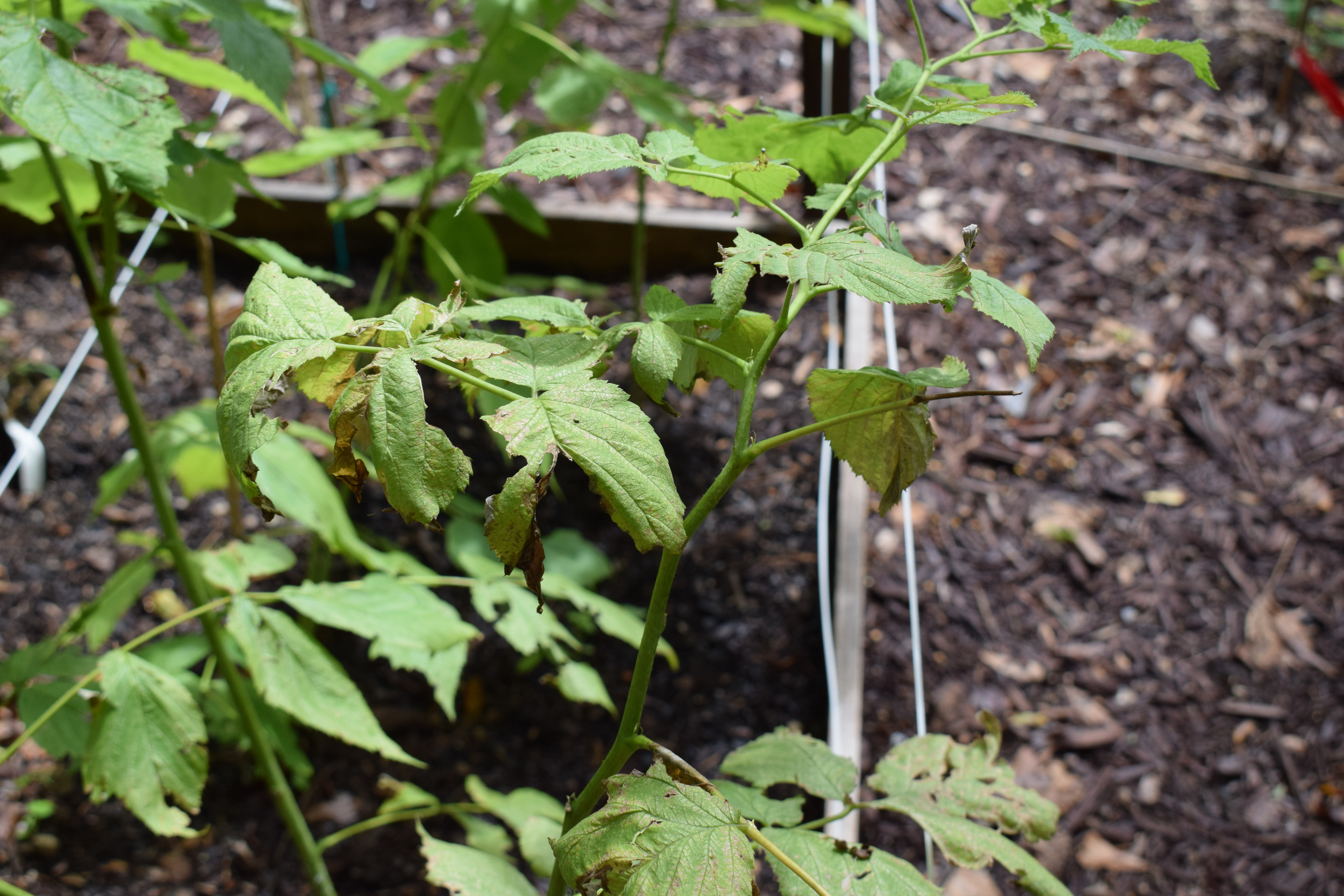 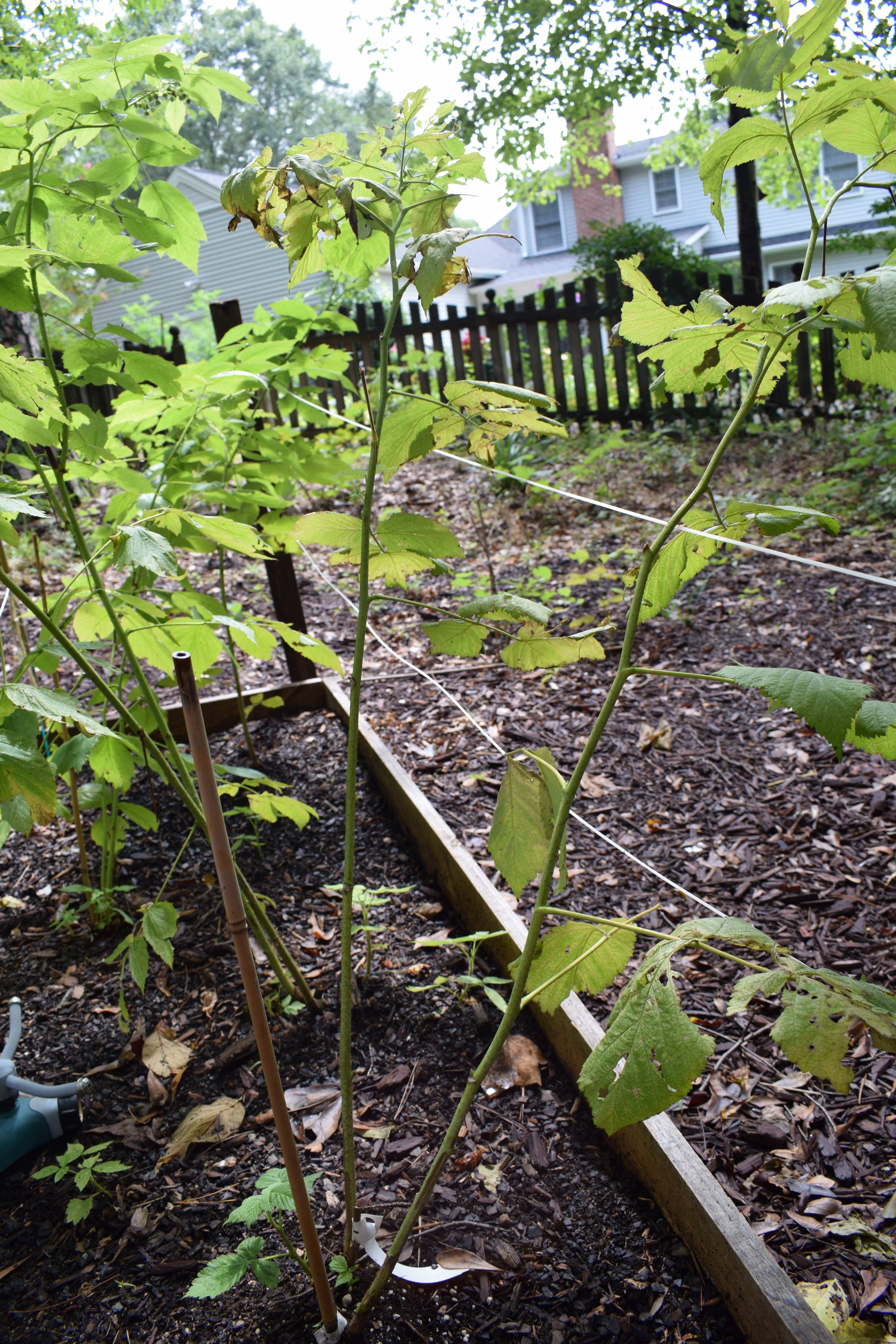 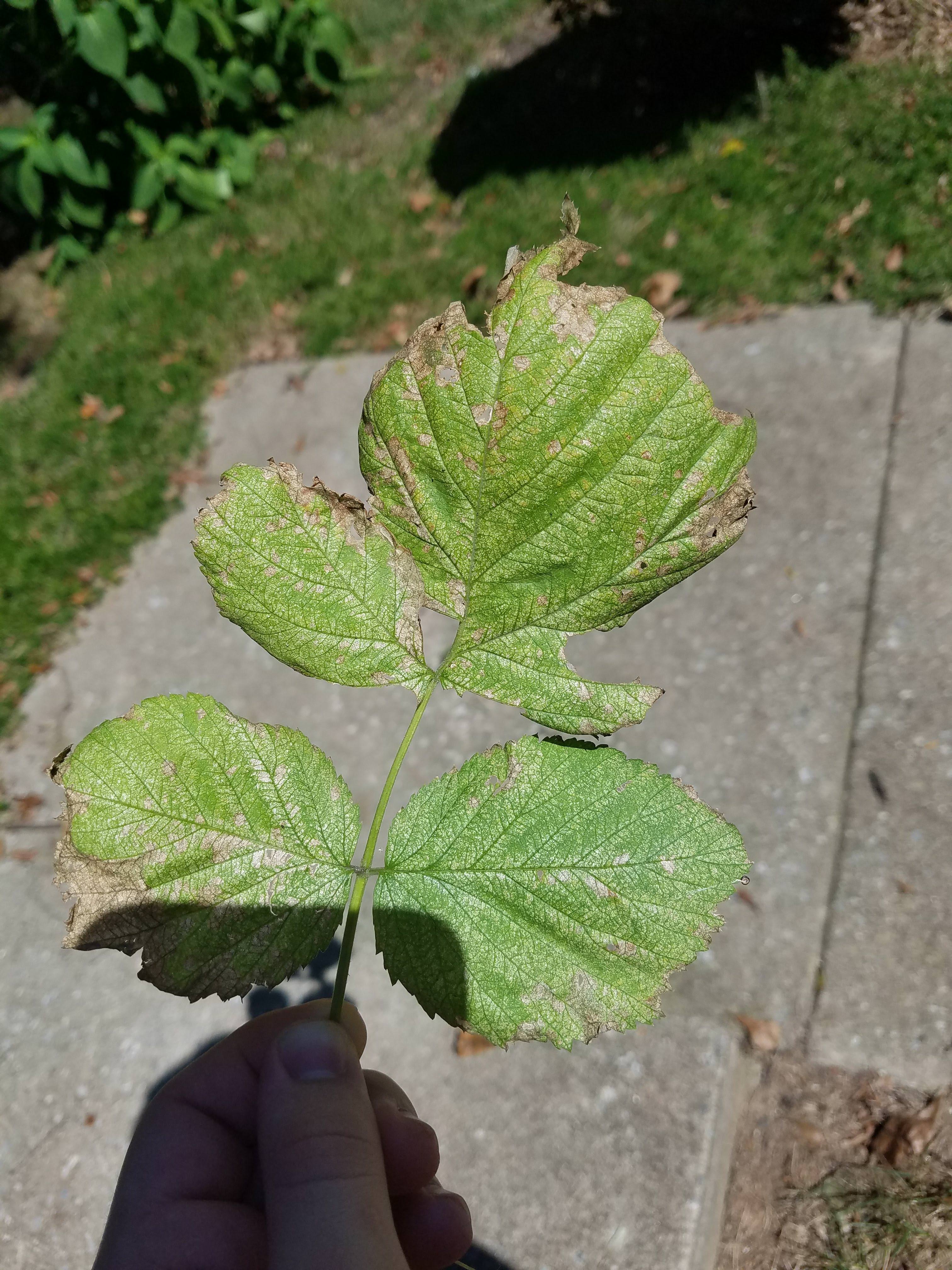 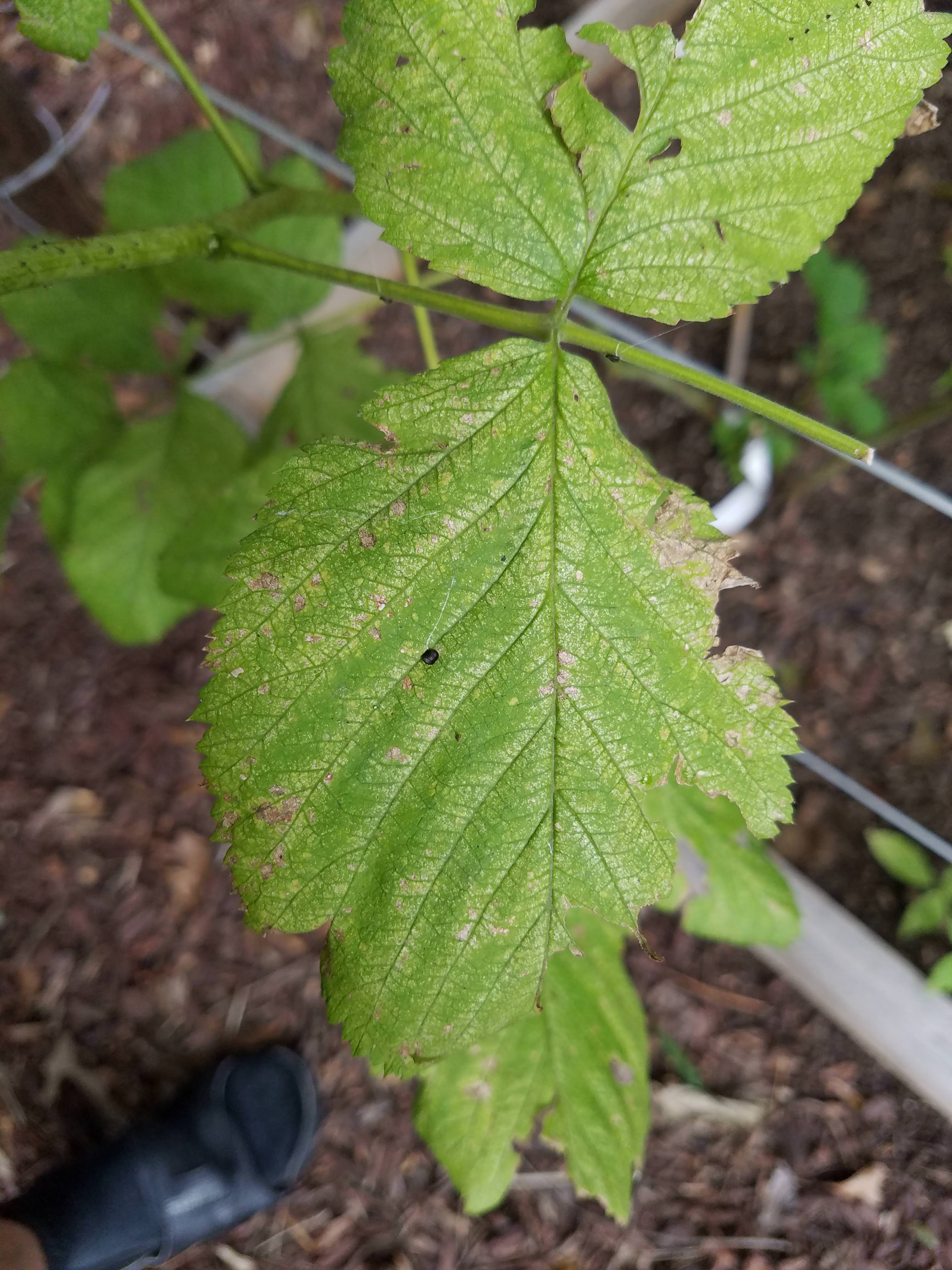 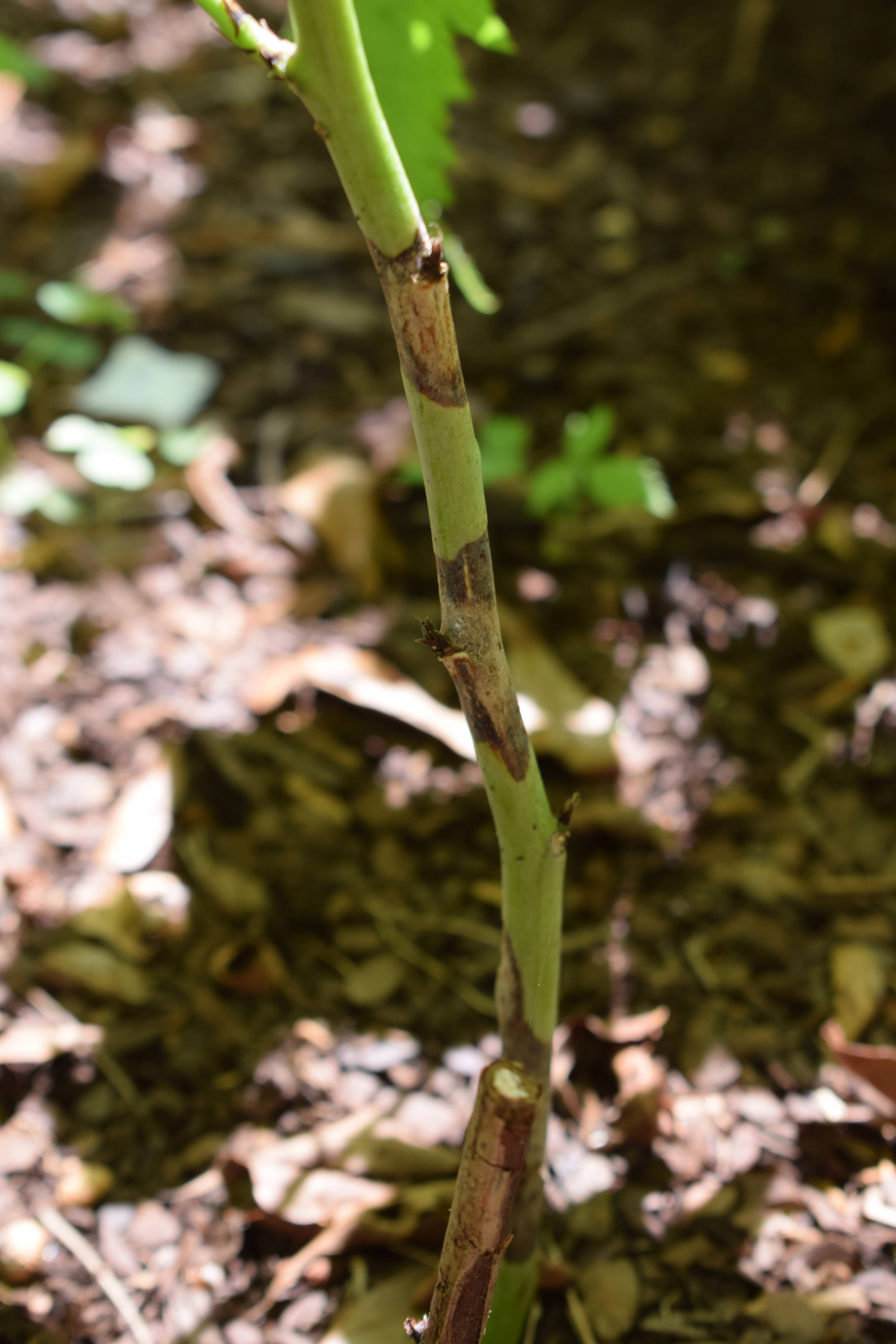 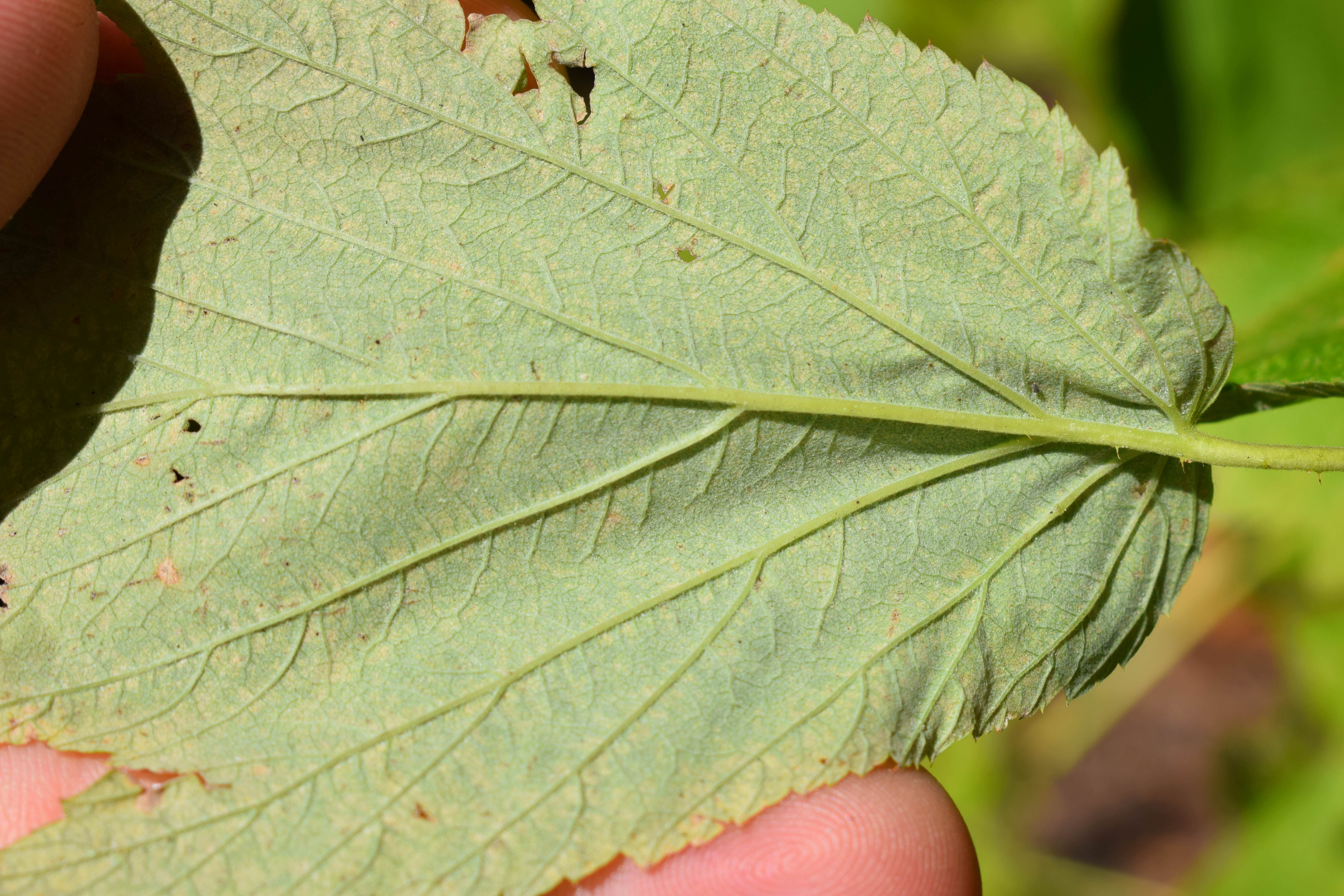 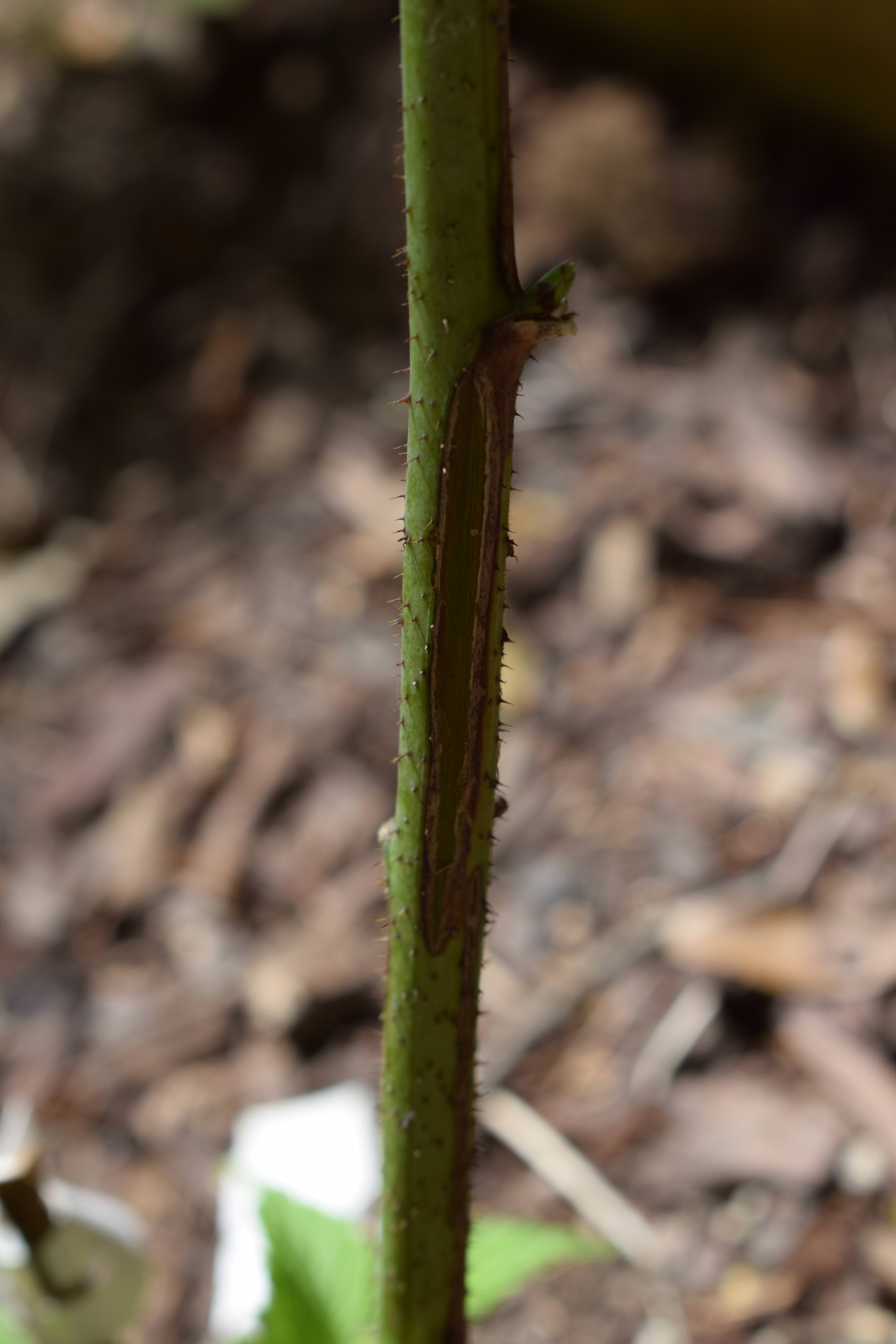 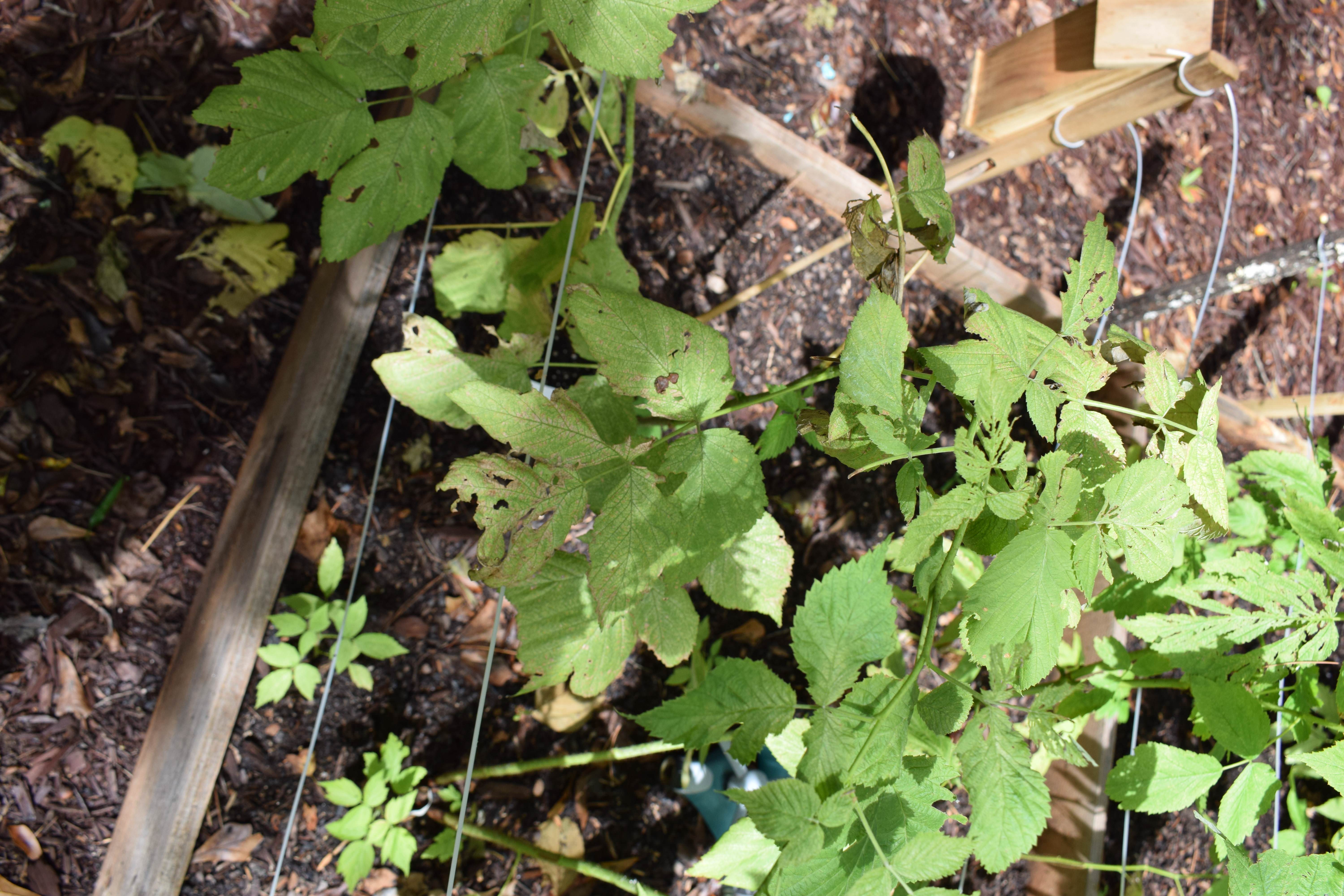 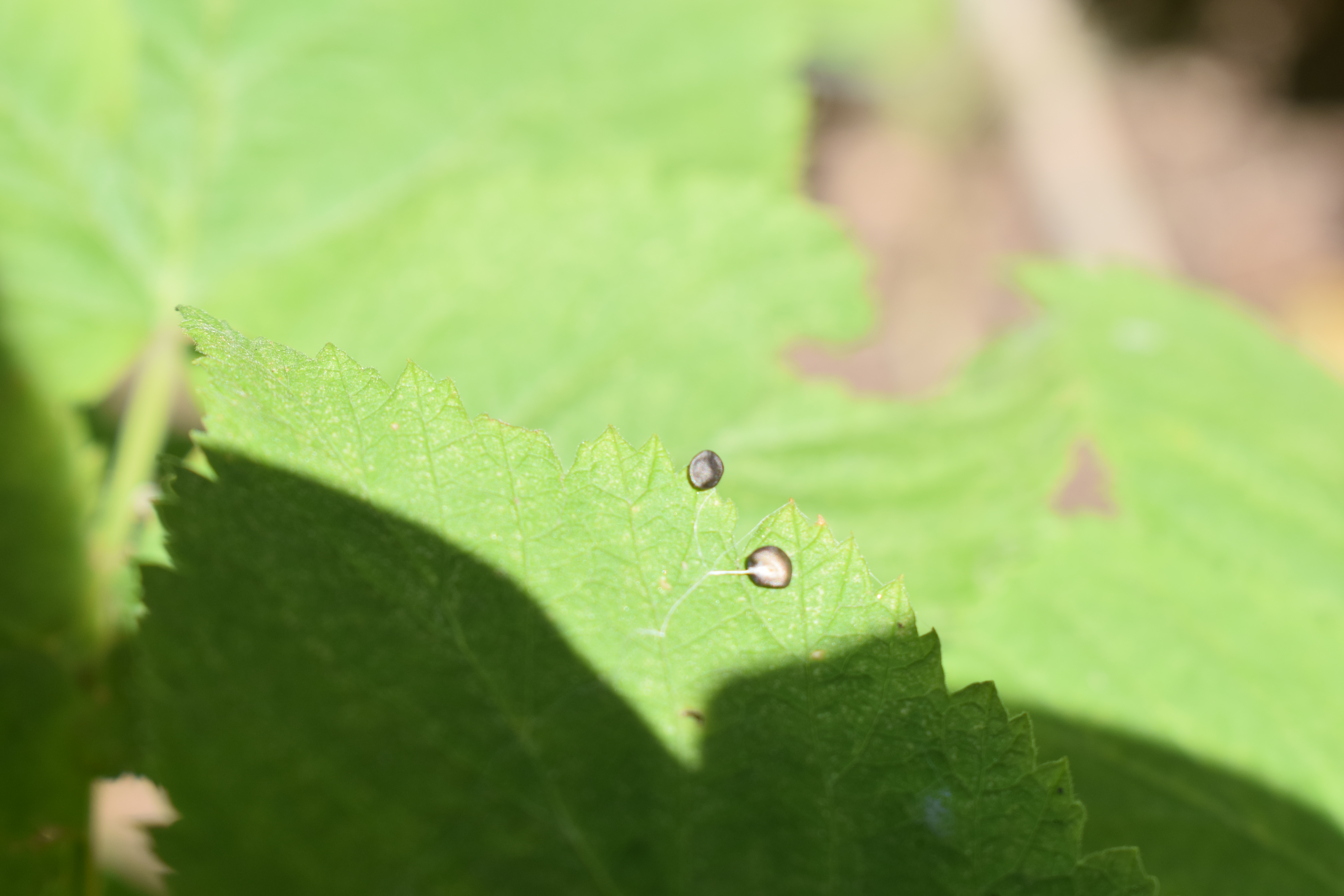 Thanks for the greats pictures.

Honestly, I do not think there is anything to worry about.

Raspberries branches grow in a cycle of 2 seasons: * growth the first year, fruits if it has time * fruits in summer, then prepares to go dormant, so some leaves may fall.

This is what you observe: your young plant mainly grown roots, so you had few fruits, and now it sheds in preparation for the next cycle.

About the damaged branches:

If it is possible to you, more sun should help have more fruits. But it is often difficult to change your yard configuration like that.

Not the answer you're looking for? Browse other questions tagged diseases fruits fungus raspberries berries or ask your own question.

5
Why are my raspberry's leaves curling up?
4
What are these abnormal tomatoes on my tomato plant?
4
What is this cluster?
1
Do raspberries commonly reseed themselves?
0
Raspberry leaves going brown in the centre
1
Identifying unusual wild raspberry plants?
2
Crispy burnt leaves on raspberry plant