What’s wrong with my tree? 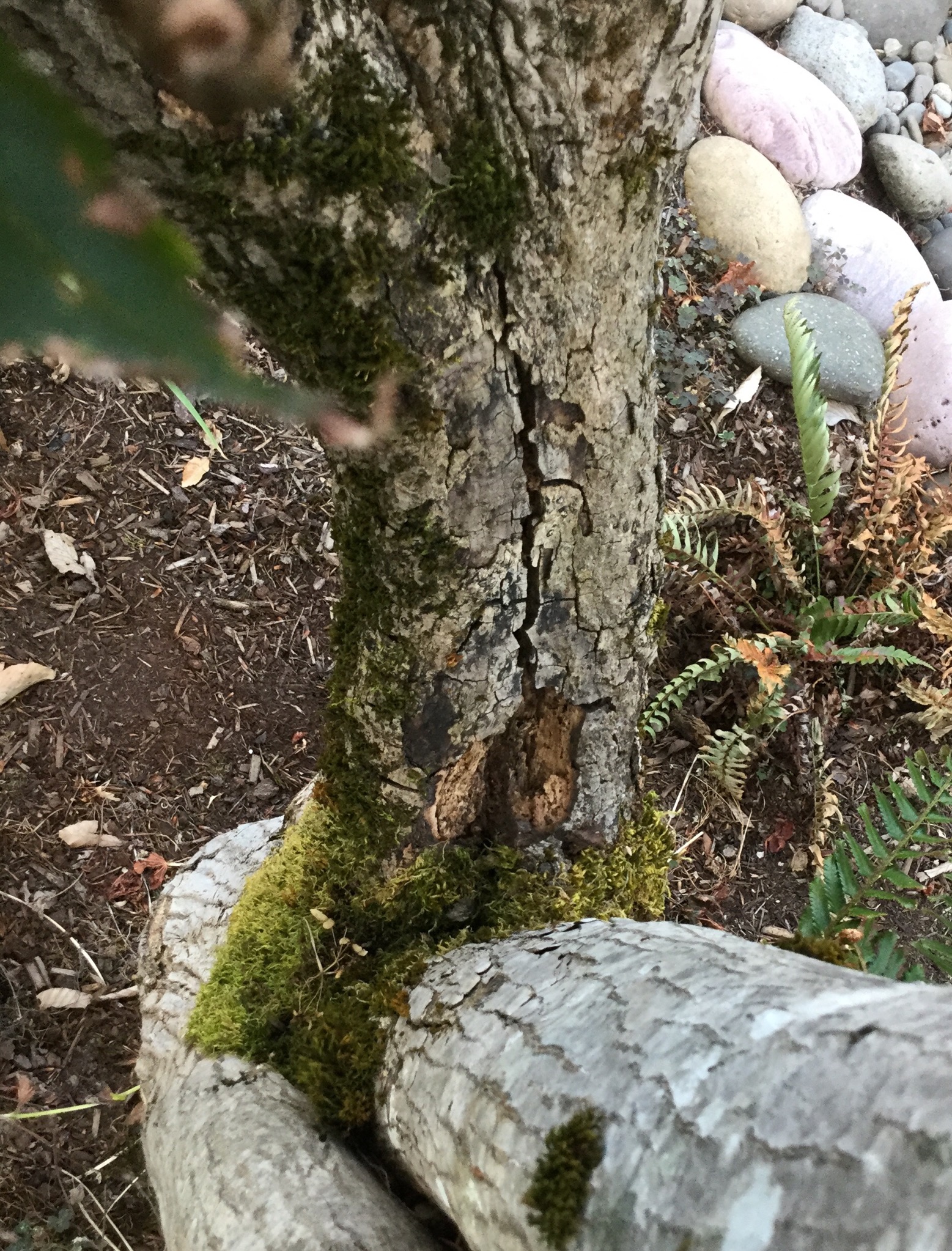 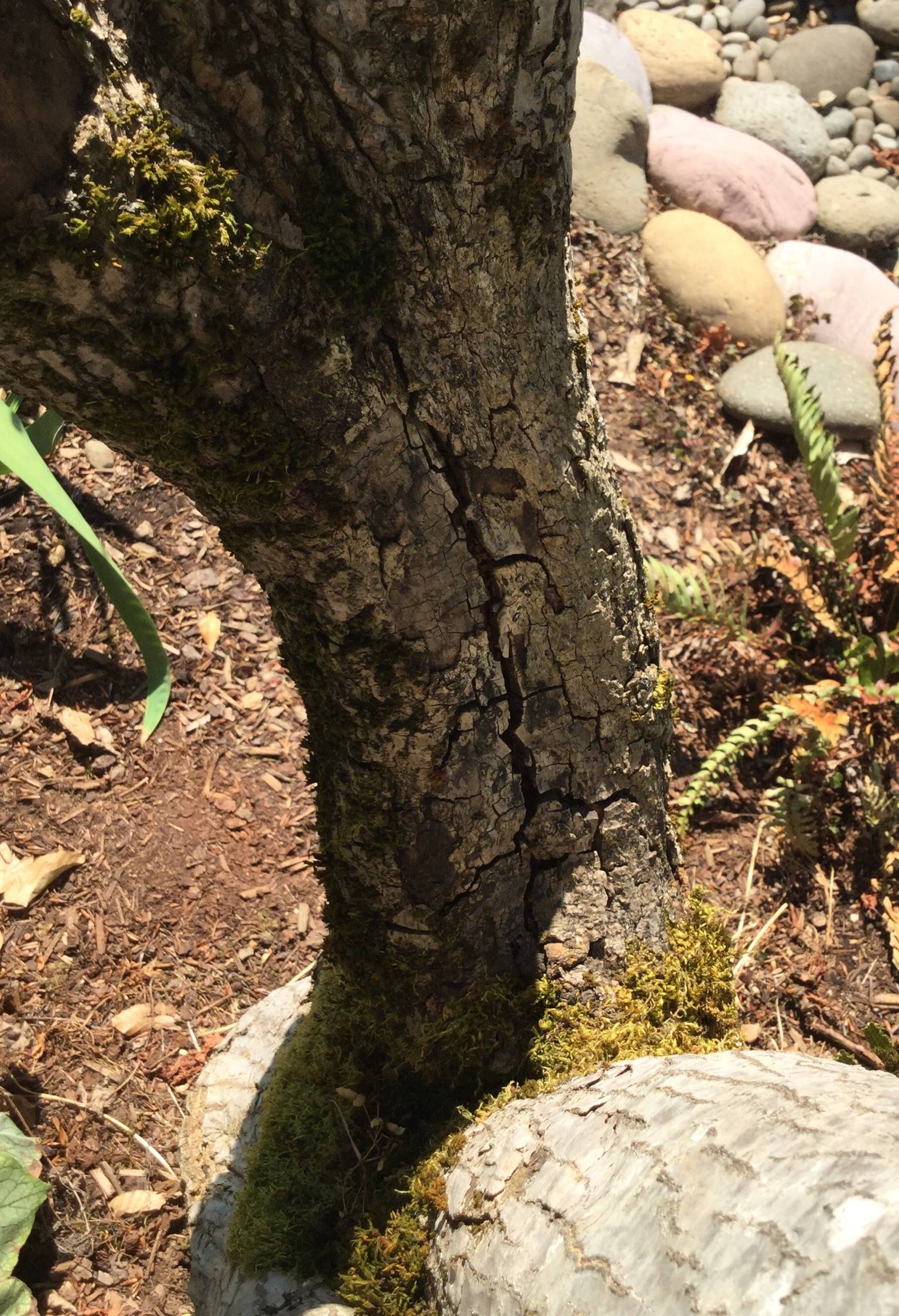 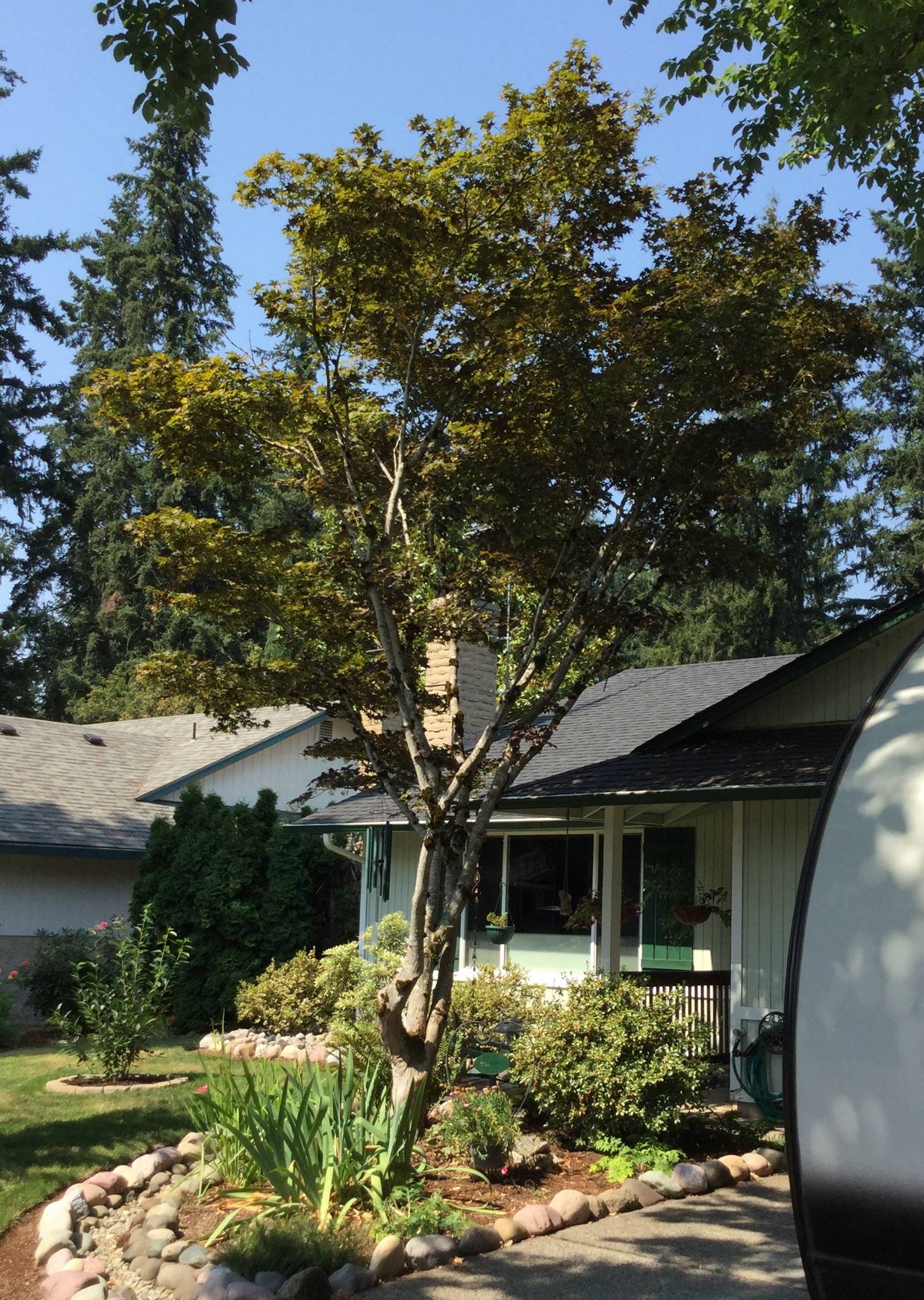 I just noticed what seems to be rot in the main limb crotch. Should I cut off the limb? Can I save the tree? 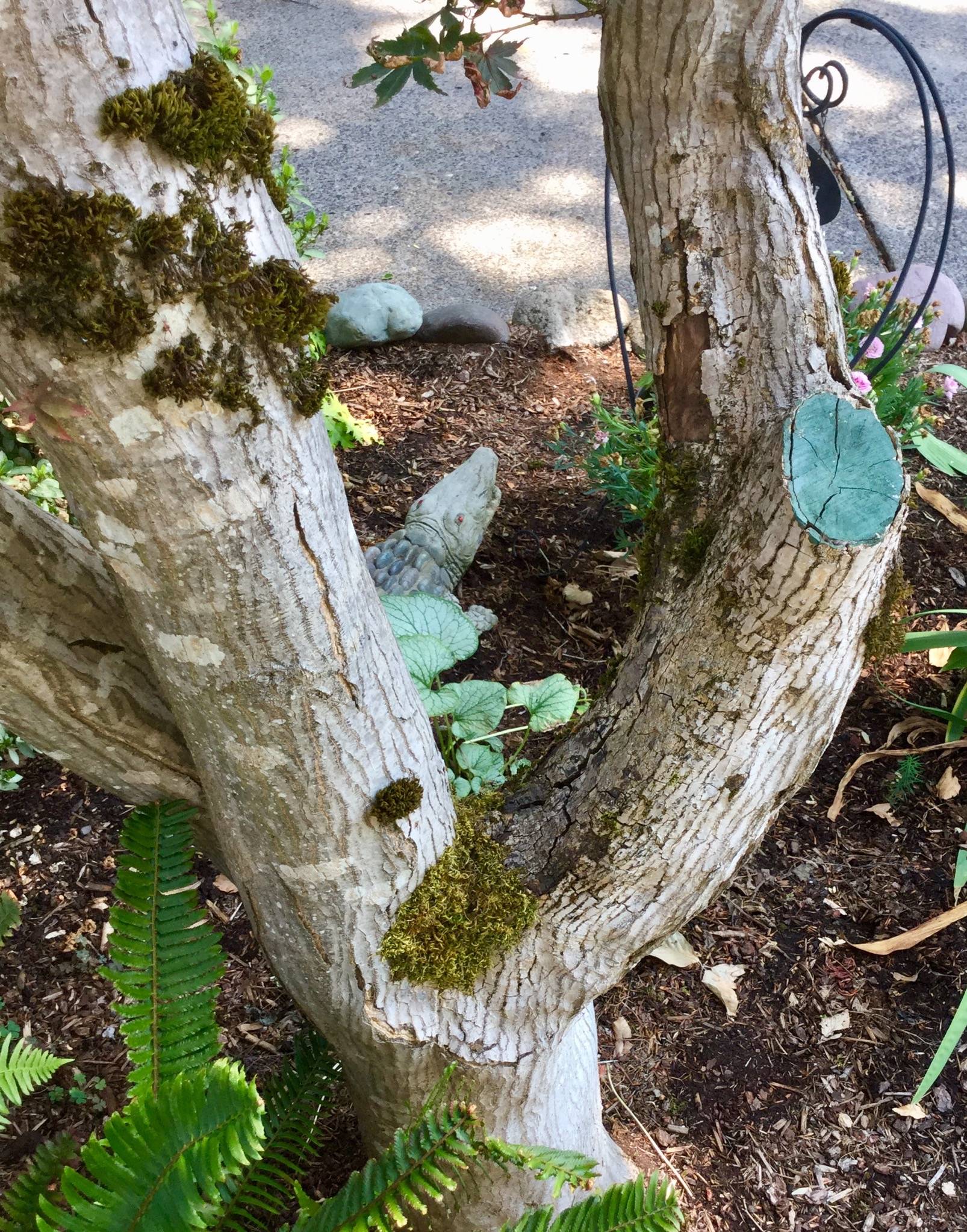 Alright so you could just chop that branch off; however, if I were you I would attempt to save it first. At least this way we will know (next year or so) if the tree can make a proper recovery. So I drew a simple diagram that I am attaching to this comment for how I would go about attempting to support the branch. I would use a Canadian jam knot or a similar jamming knot so that your tension is adjustable.

In order to spur the tree into recovery mode or at least help it during the process. I would suggest you do heavy/semi-heavy pruning on this branch section early this winter.

The following diagram is just a suggestion; obviously, this could be done in other ways but I think it gets the point across. You might think about flipping the hangers or maybe attaching to steaks in the ground instead. 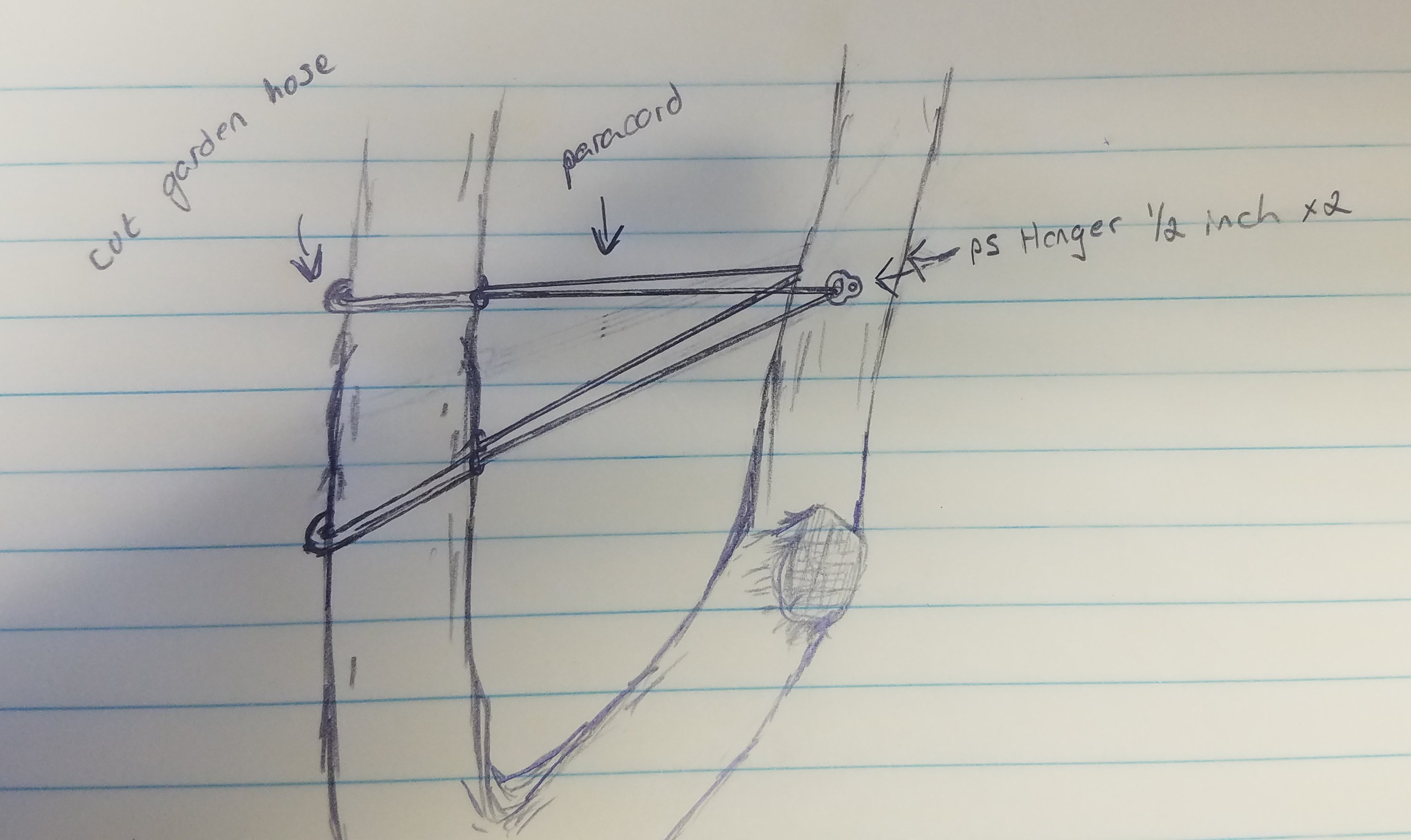 In the end we want the larger branch to be able to support the smaller. Based on the images you posted I don't think this is a diseased tree. Rather the tree's eyes were too big for its head so to speak and the main branch simply couldn't support the the other. Which resulted in the branch splitting thusly.

You're right, it doesn't look good. It does appear the cracked branch which is shedding bark is closest to the house, and because of that, I suggest you consult a qualified arborist regarding the tree - if that limb falls (and it does look like its on its way out) that wouldn't be good at all. This might have happened because damp lingers in the crotch of the tree, and over time, a fracture has appeared and perhaps some rot has occurred. The big question is, has any possible rot affected the other, apparently healthy limb coming off the same crotch... there's no sign of it from your pictures, but an inspection by a qualified arborist should determine if the tree is safe (or not), and whether the cracked limb should be removed.

Not the answer you're looking for? Browse other questions tagged trees rot or ask your own question.

12
Damaged Tree Heather: can it survive?
4
Construction damage to tree
6
Is my maple tree beyond saving?
8
Dying tree with many holes
7
Best remedy for rot in plum tree
4
Is my tree starting to rot?
5
What’s wrong with my mango tree
2
My tree seems to be dying or is in shock. I don’t know what to do
3
Can you “seal” a cut off section of a tree to protect it from rot?
1
What is wrong with my tree?