I bought this Pink Hawaiian Coral Paeony when it was flowering last summer, and thought it had died due to lack of care early autumn. I hoped it wasn't the case and left it exposed to get a good frost.

But now it's two months into our winter and shoots are appearing. I hadn't cut the dead stem back but luckily don't see any fungus yet so I should do that today. Should I cut right it back to ground?

I'm wondering if I should put some sheep pellets down on the surface as a mild low nitrogen fertilizer, and I'm also wondering how many flowers I might expect to see based on the numbers of shoots. And if I need to setup a tomato cage round it right now to support the flowers should I get them. 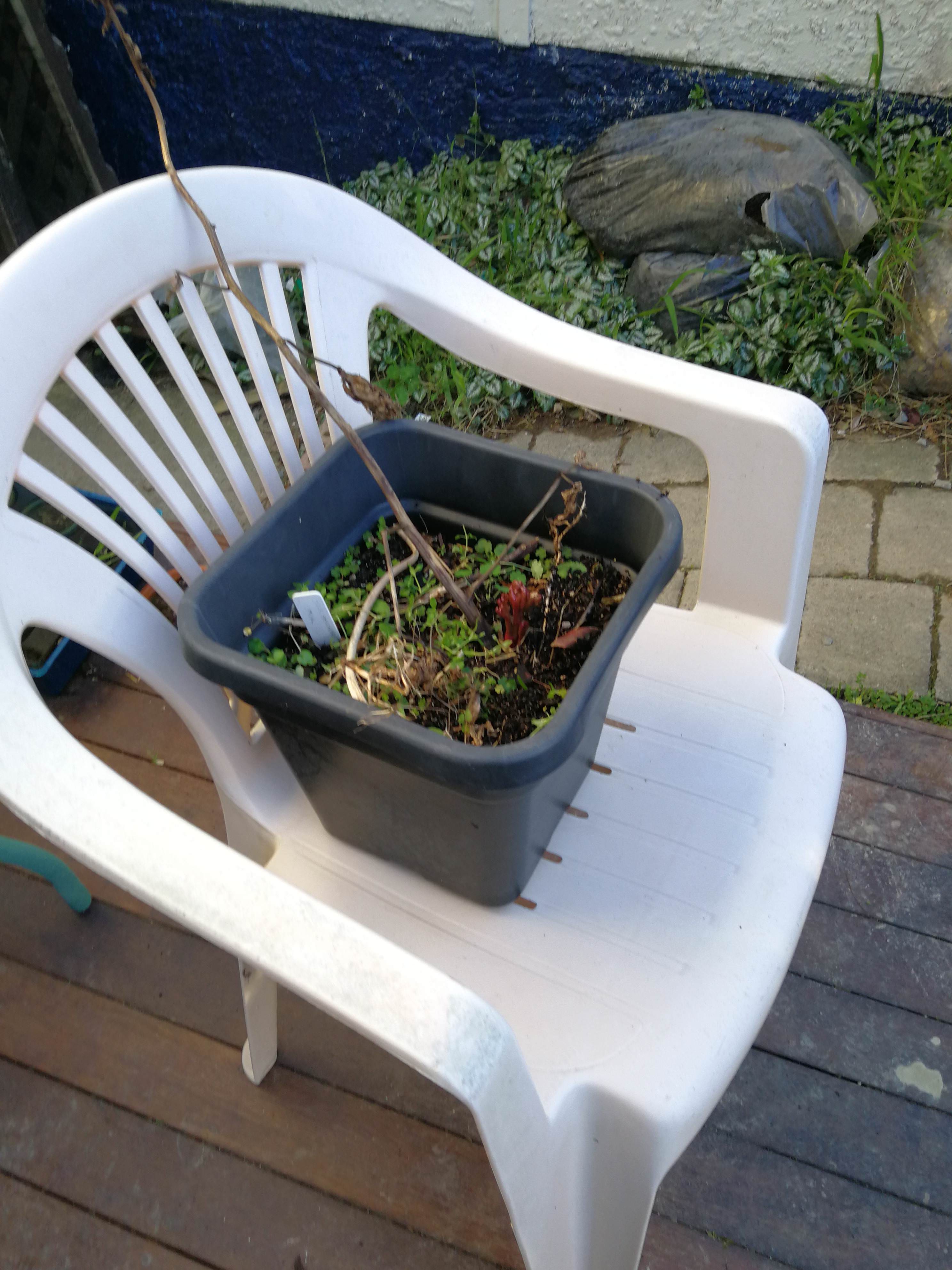 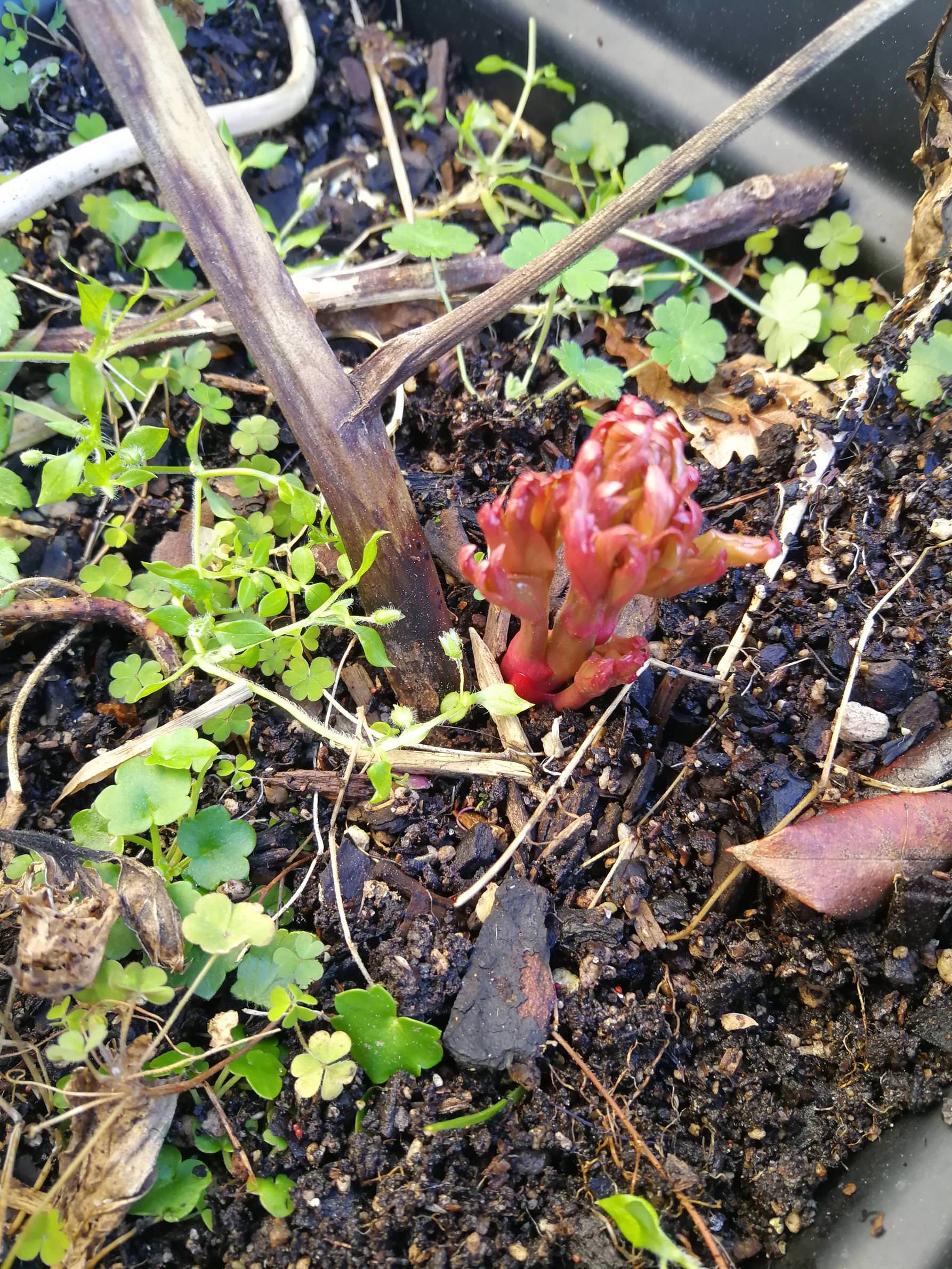 I will plant it into the ground once I find a suitable location.

If you're only two months into winter, I certainly wouldn't recommend fertilizing it in any way at all. Its not unusual for the buds to appear at ground level a couple of months before spring, but it used to be unusual for them to 'break' into growth this way. It isn't so unusual now that climate change is slowly creeping up on us, and maybe you've had mild weather recently, but I'd just leave it to get on with it. If it continues to grow, you might need to put supports in place, but its probably equally likely it will get caught by frost and die back. If that happens, it will just produce more growth buds at a more suitable time anyway, later on.

This happened here in the UK this year - lots of plants had started into growth early because we had a mild winter - and then the so called Beast from the East arrived and we had extremely cold, snowy weather from March through to mid April, just as spring should have arrived. New growth shrivelled and died... but more new growth arrived once the weather relented.

So essentially, my advice is to simply ignore it at this stage, although removing the dead wood is probably a good idea. Check it again once spring arrives and fertilize then.

Not the answer you're looking for? Browse other questions tagged flowers peonies or ask your own question.

10
What insect eats petals and what can I do to kill it?
10
Why does my Goji Berry produce many flowers but never bear fruit?
4
What is the plant with multiple lily-like yellow flowers with iris-plant-anatomy?
4
Should I let Echinodorus Tenellus flower?
6
Is powdery mildew spreading through my garden?
4
What is this bush with small yellow flowers and an orange substance in the stems?
5
How do I prune Verbena bonariensis?
0
Looking for a tall flower that blooms like a sparkler burns
1
plant identification and remove of seedlings/overgrow
1
How do you deadhead a snapdragon?