Why is my young fuyu persimmon tree struggling?

I have a young fuyu persimmon tree that’s struggling quite a bit. It’s watered by a drip system connected to a Rachio controller. I checked the soil, and it doesn’t appear too dry. Am I watering it too little? Too much?

Some additional context that might matter: there used to be another tree near where this one is that we had removed due to oak root fungus. Our local nursery told us that persimmon trees are resistant though.

Also, note that there are some wood chips used as ground cover where this is planted.

I planted this tree late last Fall. It had lots of new growth in the spring, and looked like it was going to have a great summer. Now, it looks like it’s dying. :( 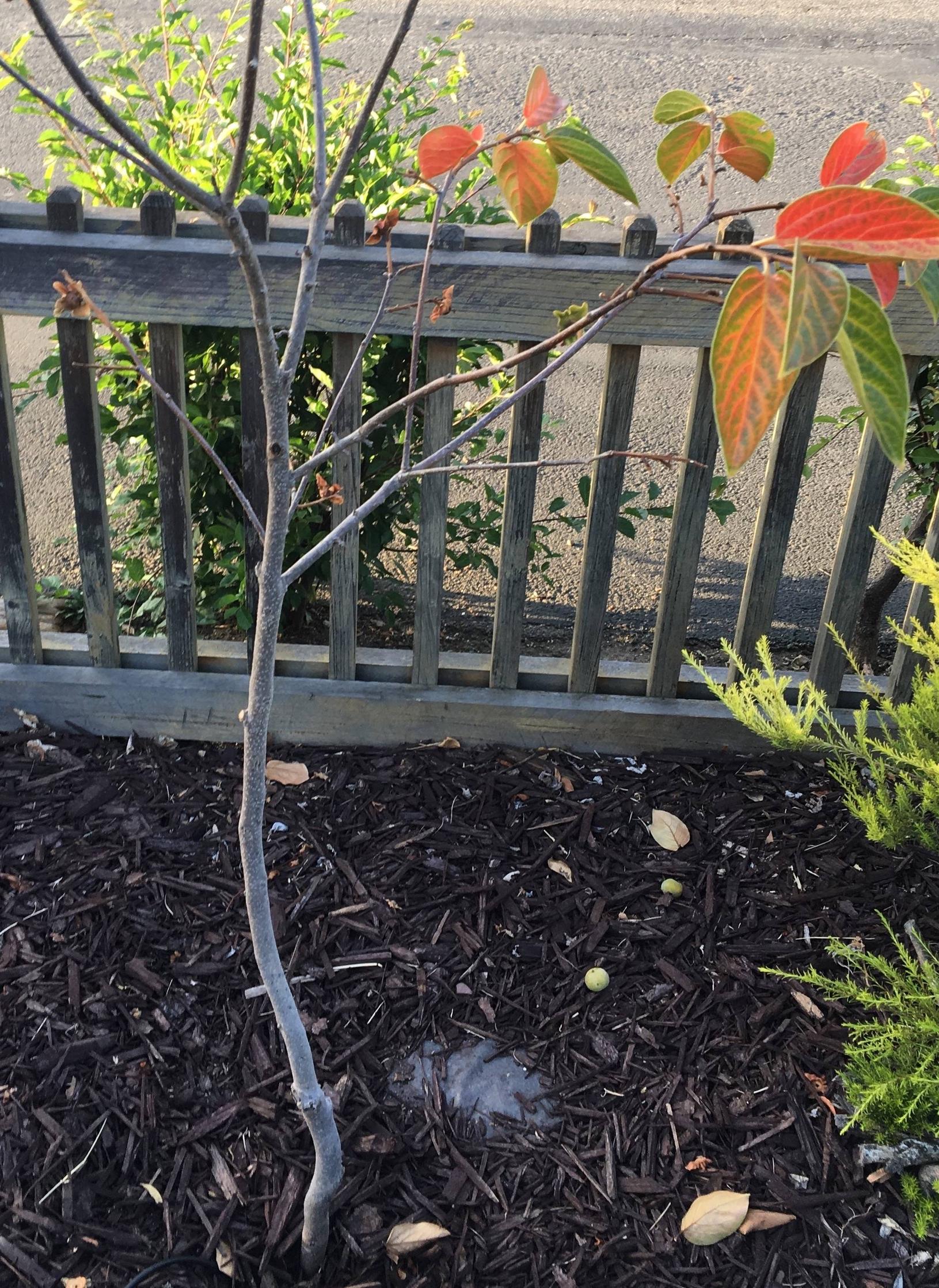 There is not a lot of information in the photo to support a diagnosis, but what I can't see could be a contributor. I can't see the root flare. If the little fella was planted too deeply, innocuous as it seems, the consequences could be dire, but it's fixable. It is not unusual for young trees to be planted too deeply by growers, shipped to nurseries and sold that way. The end user has a chance to correct the problem, as long as they know there is one. It usually takes years before the final price is paid.

Tve photographs bellos depict two trees with different fates awaiting them. The first one shows a tree that resembles a phone pole. The tree is doomed. The second is a properly planted tree. (Three other ideas about your fuyu follow the photos.). 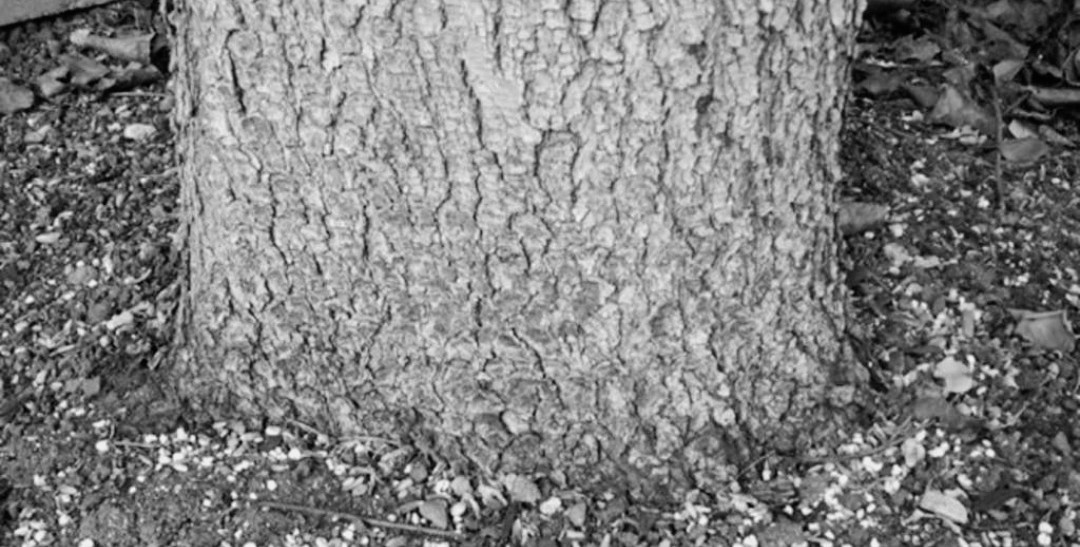 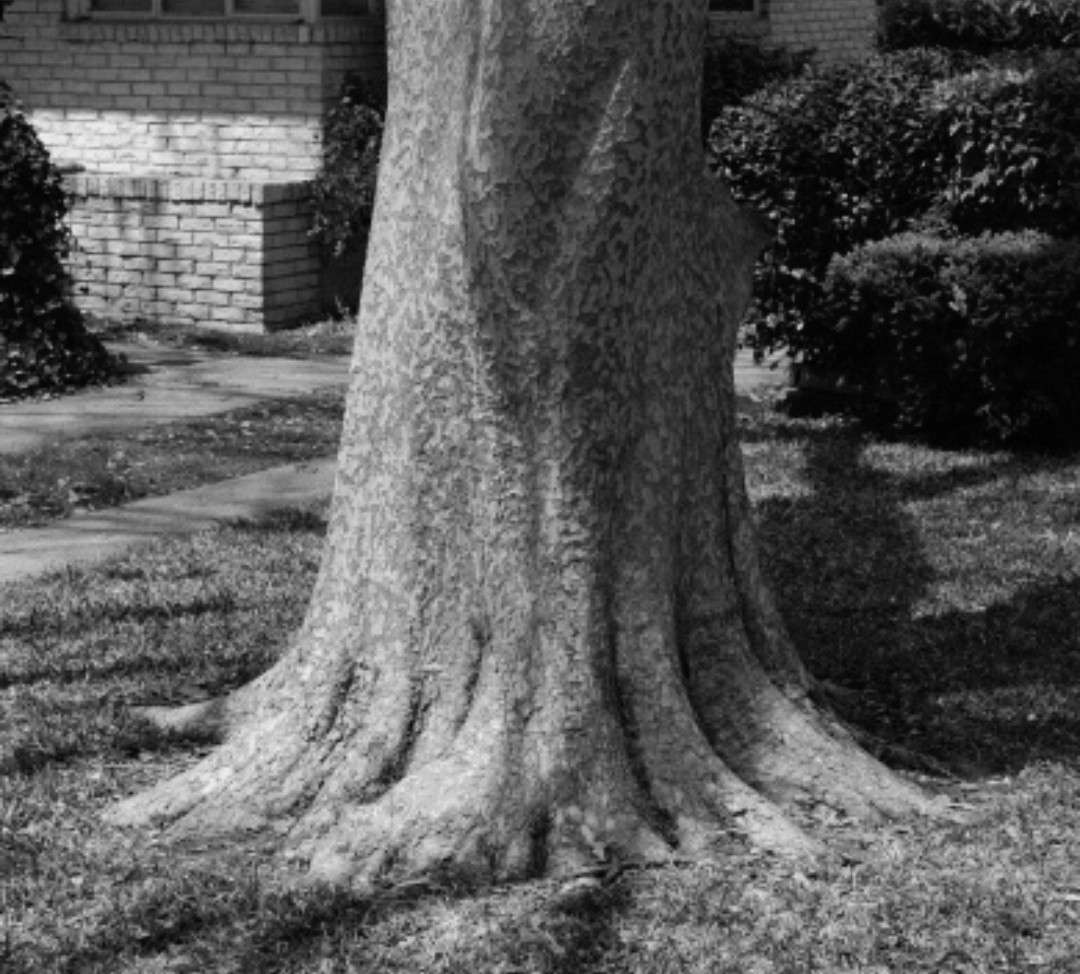 I was thrilled to learn that it is controllable, and possibly even curable. I bought a few slow-release tree injectors from the US distributor, some buffered phosphorous, not phosphoric, acid made by Monterey Lawn and Garden, sold as GardenFos by the company and lots if other online retailers. The tree soon had shed its ugly yellow-brown adornments and very promising new leaves have emerged. It might need additional injections, but I wouldn't resume until next year, if that's so.

The last part of the last thing: If you're in Australia or anywhere in the southern latitudes, it's winter, persimmons are deciduous.

Not the answer you're looking for? Browse other questions tagged fruit-trees or ask your own question.

2
What could be causing my top kakis' leaves to turn yellow and sick?