I don't believe any of the previous sick bay tree questions have shown the same symptoms: large brown patches on some leaves. 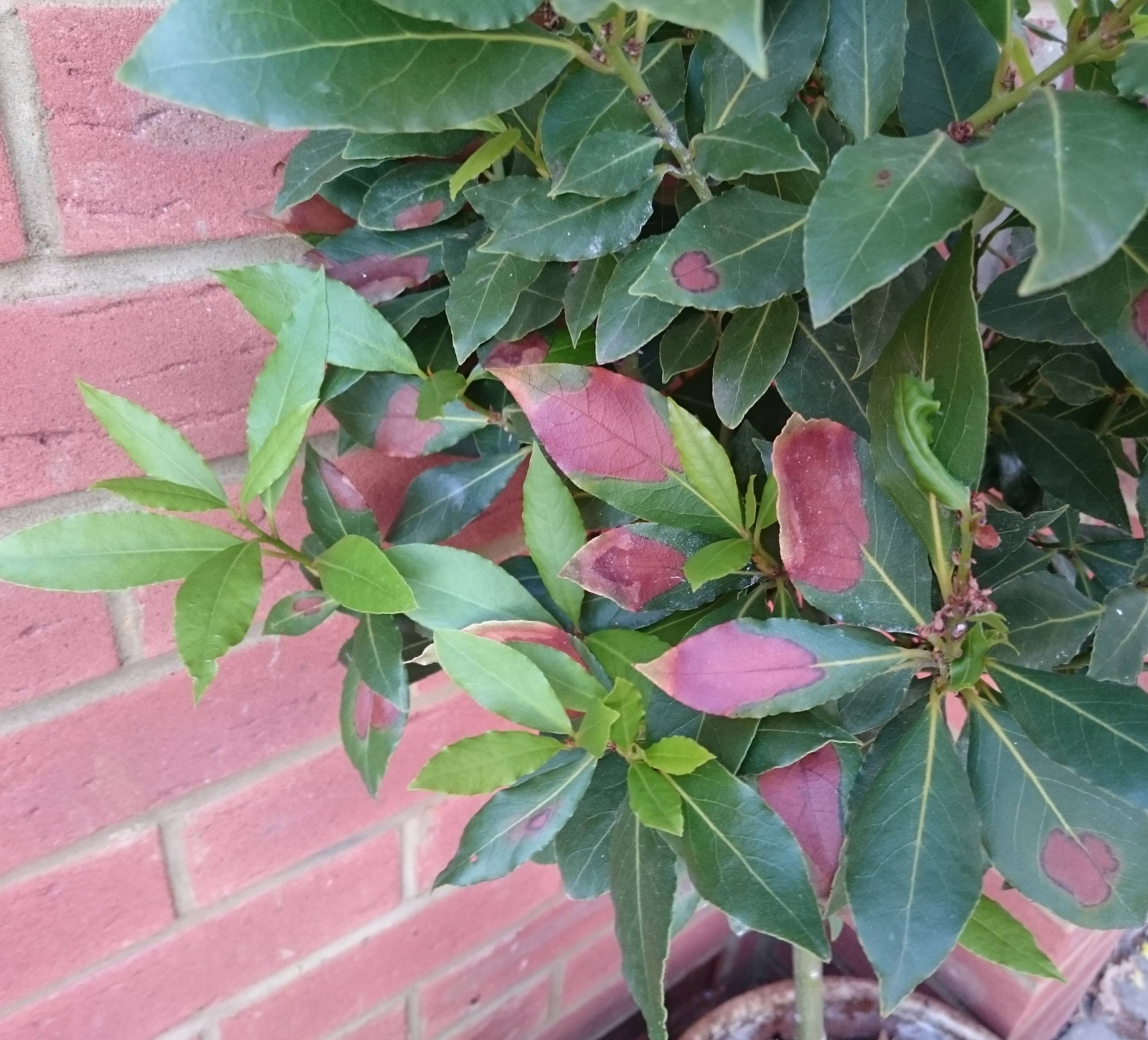 It's one of two standard bays I've got by the front door, both in pots of about 20-30 l. We're having a heatwave here (by British standards, i.e. getting up to about 30°C, <2 mm of rain in the last 6 weeks) but I've been watering the compost fairly generously every couple of days and I'd expect drought to cause a more general drying without the new growth. The other is healthy and has similar amounts of new growth. Both get the afternoon/evening sun, but are in shade for the hottest part of the day.

I potted them up last year into home-made compost, which I've found successful for other long-term pot plants including the kitchen-garden bay several years older. Besides I try to avoid using too much bought-in compost for environmental reasons (most of what I can buy without a special trip is based on peat). I don't usually pick the leaves off this one as I have another closer to the kitchen, so any treatment doesn't have to be suitable for crops.

So I'd like to know what's wrong, what to do about it, and especially whether it's like to spread to the other tree a metre or so away.

Browse other questions tagged trees herbs or ask your own question.

28
How do I help my kitchen window herb garden thrive?
20
How to get rid of insects on basil while leaving the leaves safe to eat?
10
What to do with a this tree which has become too big for its current position?
8
Bay Leaf Tree (Laurus Nobilis) with severe scale
7
Christmas tree of unknown species
1
What do I do with Bay Tree saplings to grow a new tree?
3
What is this pest on an indoor mint plant, and how can I stop it coming back?
2
Monkey Puzzle Tree (Araucaria araucana) shedding seeds in Summer