Is this mycelium or does this shefflera has some kind disease on the roots?

I have an indoor shefflera. 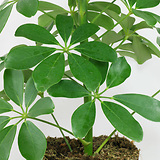 I noticed that it sometimes get sick so I checked the roots.

The roots were practically escaping the pot and I noticed a kind of white film everywhere.

What is growing on the roots? 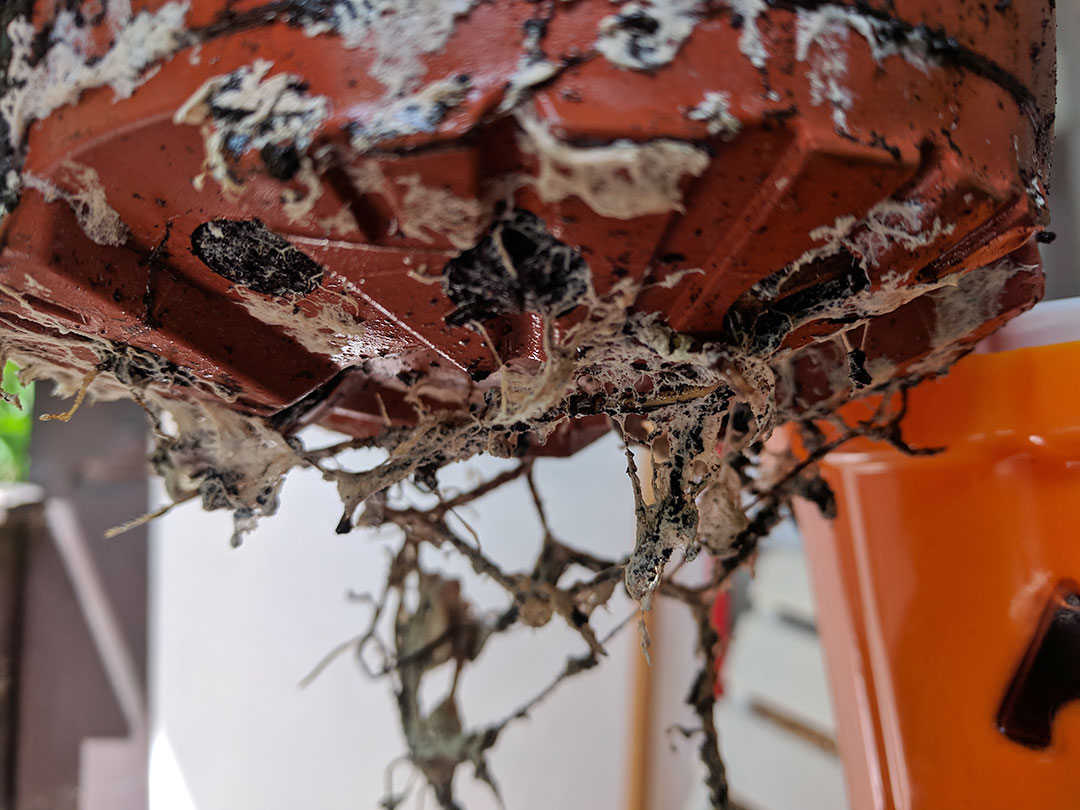 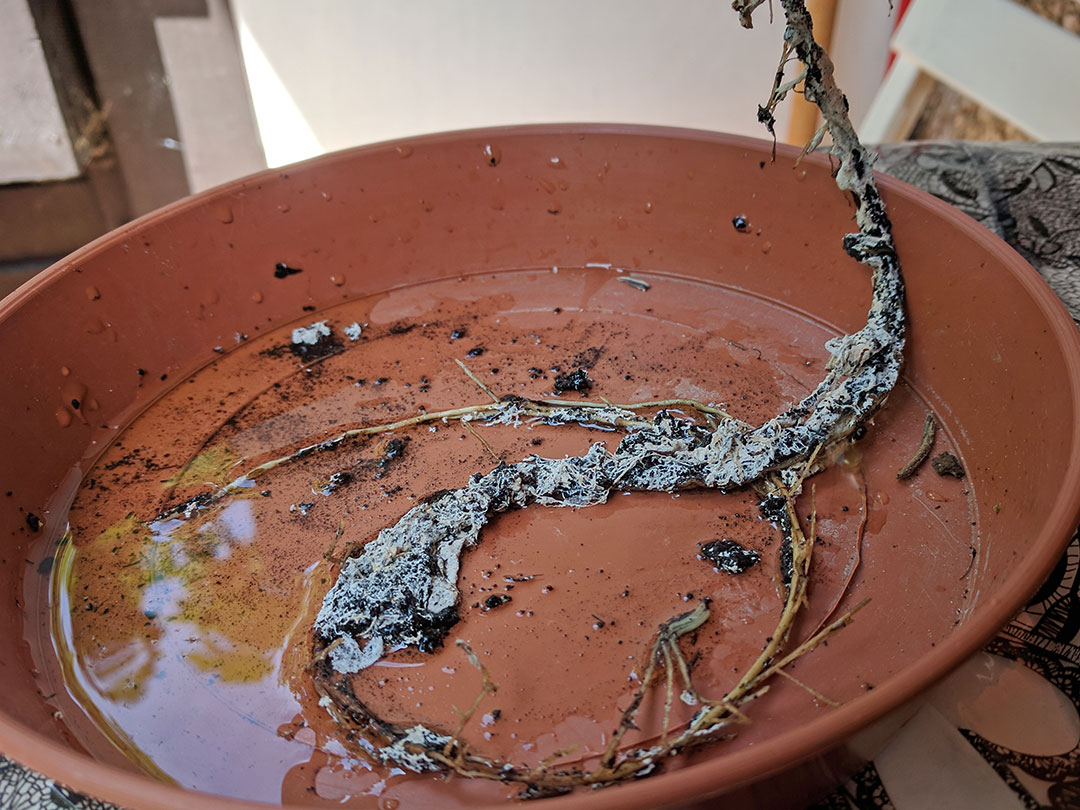 Should I clean this up, maybe even cut the huge root that is outside of the soil?

Note, you see a lot of water because I just used a temporary plate to check the plant, the plant itself wasn't overwatered.

EDIT: Added picture of the real pots after comment. 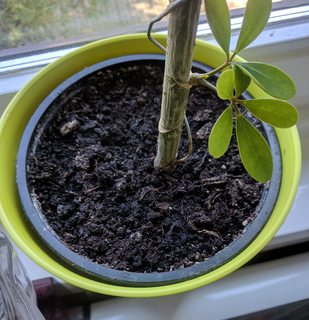 The white growth is not an issue, as Kevinsky says - you've added a picture of the outer pot it was standing in all this time; because the outer pot was close fitting, and water would have been sitting in it, roots have come out of the bottom and sat inside, wet or damp, and this white growth has formed. My advice is going to be very similar to that given in two of the other answers.

The reason your plant 'sometimes gets sick' is because it needs a new, bigger pot. Use a pot with drainage holes a size or two larger, and new potting soil, decant from the existing pot (it doesn't matter if you break the roots hanging out of the current pot) and repot, water in well. Allow the pot to drain down thoroughly, then place it back in a tray or outer pot.

When a plant has filled its current pot with roots, the ratio of soil to root is wrong, so it can be difficult for the plant to take up sufficient water because there's not enough potting soil to hold it for long. In this case, the roots have grown outside the pot because that's where water could be found. Ongoing, when you water, water thoroughly when the surface of the soil feels just about dry to the touch, then empty out the pot or tray it's standing in after 30 minutes so it's not left sitting in water.

As Bamboo says this plant has been standing in water and has grown roots into the "Water table". A little more air circulation and the white growths will not be able to compete.

A better solution is to repot the plant into a pot one size larger.

This plant responds well to being cut back so don't be afraid to cut some of the root ball off.

Get rid of that pot for sure. I would transplant into a pot a few inches larger in diameter, clay. Potting soil with no fertilizer or water holding gimmicks. Plain sterilized potting soil.

What are you using for fertilizer? Some formulations of fertilizer actually enhance or add fungus and bacteria. Your plant from what I can see looks healthy. When roots start coming out of the drain holes is a sure sign your plant needs up potting with fresh potting soil.

yes, it is mycelium as root rot is a type of mycelium that's parasitic.

Not the answer you're looking for? Browse other questions tagged roots or ask your own question.

11
What are some edible plants (vegetable or fruit) that can produce roots in water?
3
Epipremnum Aureum clone has brown roots
7
Are the roots of cherry trees dangerous to house foundations?
2
How long does it take for plant roots to break down?
6
Roots growing out the top of plant, last attempt?
5
Is it possible to regrow the roots of any plant?
5
Tree Biology, identify tree by the roots
1
Does cardboard suffocate plant roots?
1
Washing roots to make sure it has no hidden insects?