Plants growing between the pavers next to rain drainage

Plants (and not just weeds) grew between the tiles and pavers of my balcony next to the rain drainage. They may cause damage to the ground (and ceiling of the person living underneath me) so how do I remove them? which tools do I need and what's the easiest way?

They've been there for long and apparently their roots extend deep down. If it is too much hassle, how can I at least remove the ones appearing on the surface for now and worry about the rest later? Below is a picture 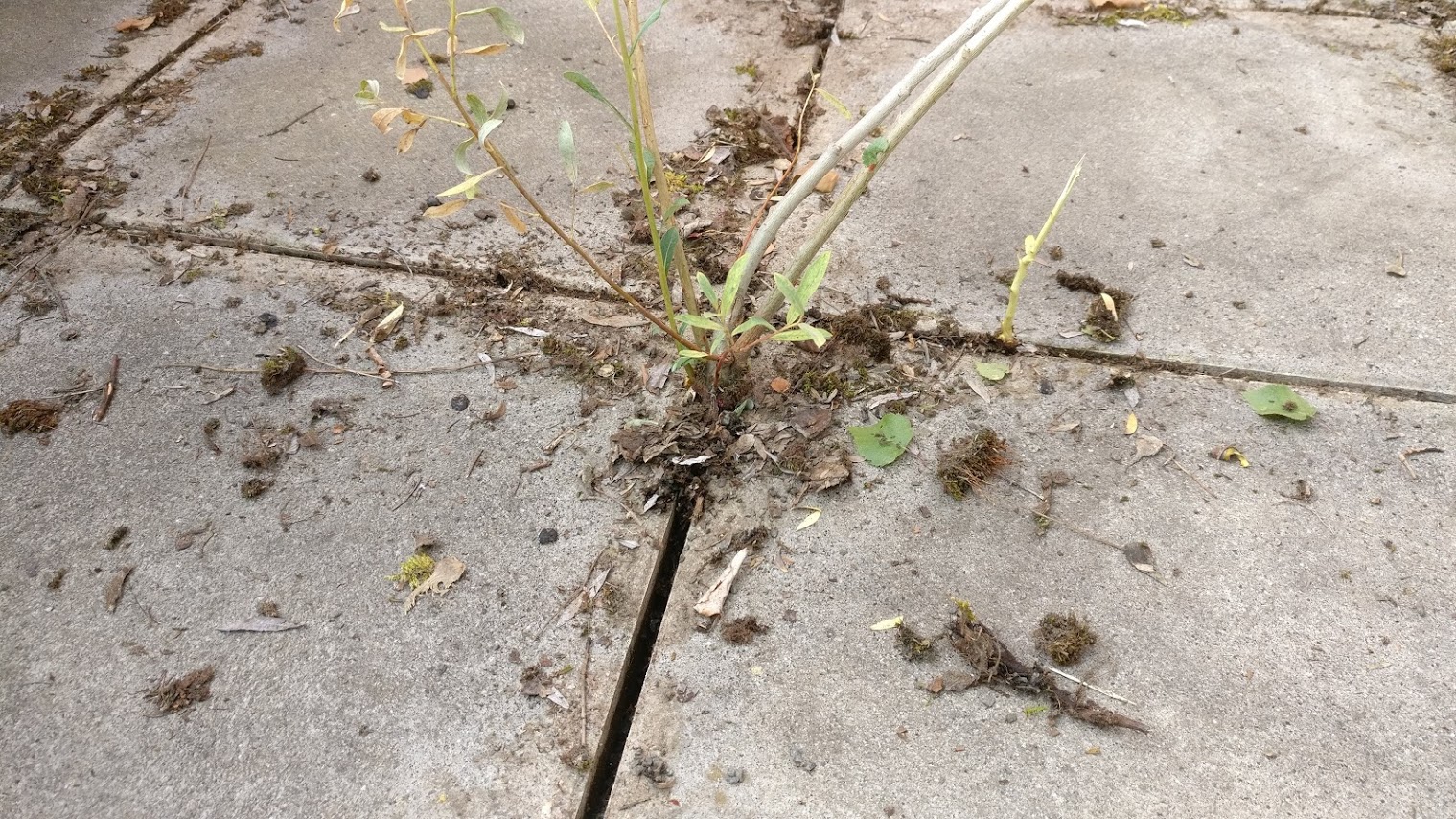 The plant in the picture appears to be woody at the base, which strongly suggests its a shrub or tree. In looks vaguely similar to Buddleia, but it doesn't have enough growth to be sure. Whatever it is, you won't get the roots of that out, since its had time to form wood at the base.

In the UK, I'd cut it down level with the paving, then drill into the centre with a small woodbit on the drill, and fill the well or hole made by the drill with neat SBK, a brushwood and stump killer, and cover with something temporarily. Alternatively, slash or make deep cuts in the remaining stump and apply. The big question is, do you have SBK where you are, or an alternative. You really only need a few drops..

Other, small seedlings (none visible in the picture, obviously) can be pulled or scraped out the cracks between the paving fairly easily, but this woody based one is the one that might very well cause damage to the roof of the balcony below, so deal with that asap.

Ongoing, you might want to consider grouting between the paving slabs if you can do that on the balcony, which would fill the gaps and prevent weed germination.

A couple of options:

One other element: if the plants have spread roots beyond your patio into a neighbor's patio then you need to work together to get rid of them. Otherwise you can spend effort pulling them out while the end of the plant on their patio gains food and feeds the part of it on your patio.

Not the answer you're looking for? Browse other questions tagged weeds pavers or ask your own question.

18
How do I remove weeds and prevent them growing between the bricks in a paved area?
3
Can I use weed killer to eliminate grass growing between my bulbs?
6
What is a shade tolerant, low ground-cover that can tolerate foot traffic for between bluestone pavers?
8
Identification - Plant growing next to my bonsai?
0
How do I kill this weeds. Is is the end of October -can I apply anything to prevent weeds next year?
1
Will installing pavers help keep the soil cool around trees and shrubs?
2
Will concrete and clay pavers between raised beds leech any harmful chemicals into vegetables?
5
How/When to Remove Dead Weeds and Reseed Lawn?
0
How can I remove the aggressive weeds growing in my fescue?