Can you help identify this bonsai tree?

I got a Bonsai tree and I can’t find anywhere what type it is.

Can someone help me, please? 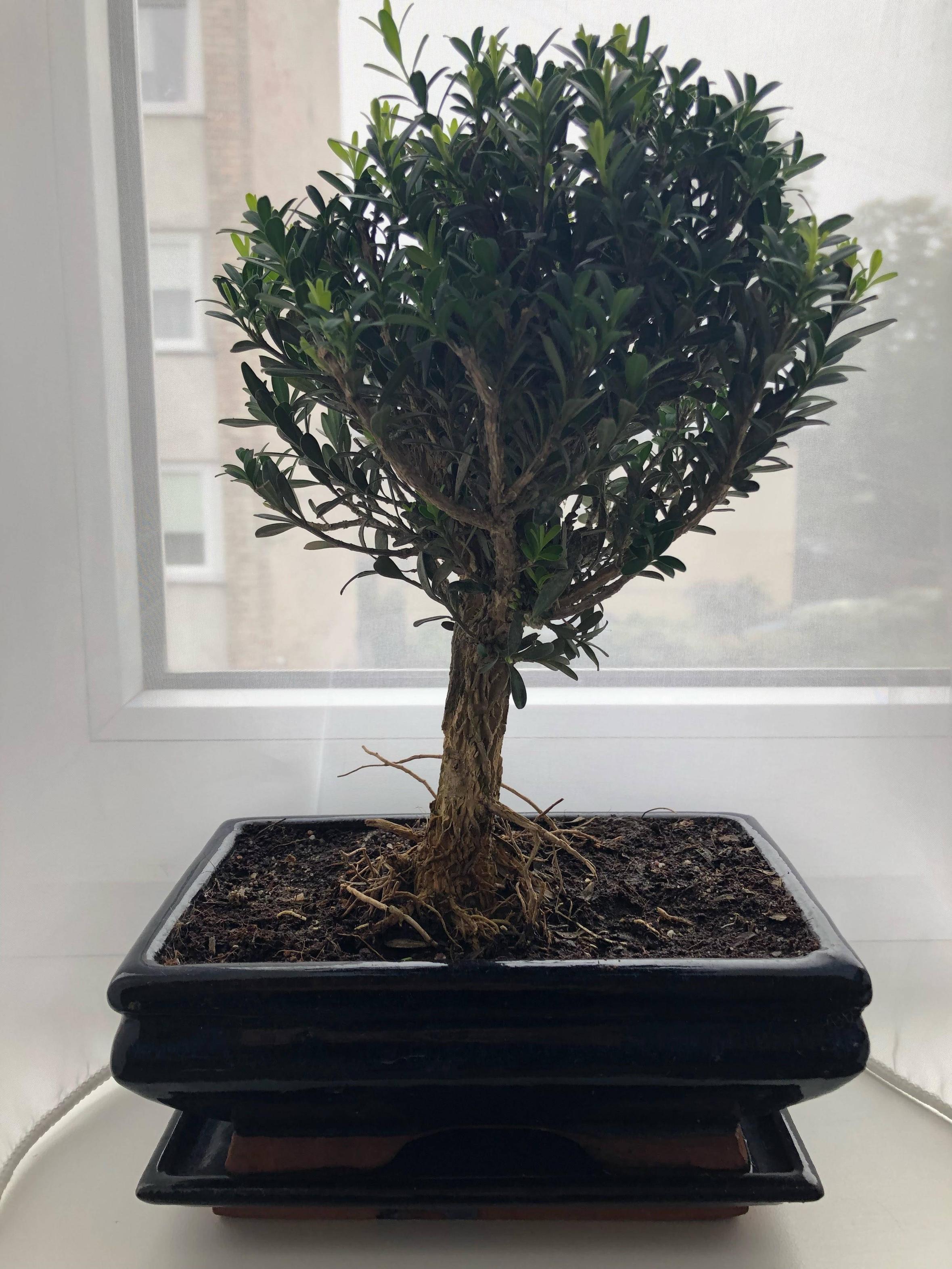 This is probably a Buddhist pine or Podocarpus macrophyllus. The tree is shaped in broom style. Look in the link for more info about how to keep this alive, especially indoors bonsai like these are hard to keep alive.

I don't think it is any kind of Podocarpus, nor olive or laurel, because of the bark. The bark on young trees of these possible species is relatively smooth. The bark looks to be deeply fissured. Hence I believe it is a variety of boxwood which is also a species commonly used as bonsai. If so, like most varieties of Podocarpus, boxwood is shade tolerant and could be kept outdoors in shade or indoors in a sunny window. It is an 'evergreen' species that does well in a wide range of climates (USDA zones 9 -5 and heat tolerant).