Beetles on my fruit trees

I have some plum and peach trees and have noticed several of these beetles on each one. There are also a lot of holes in the leaves which I assume are the beetles eating them. Now if that’s just cosmetic I don’t mind, but if not, should I get rid of them and how? Located in Illinois 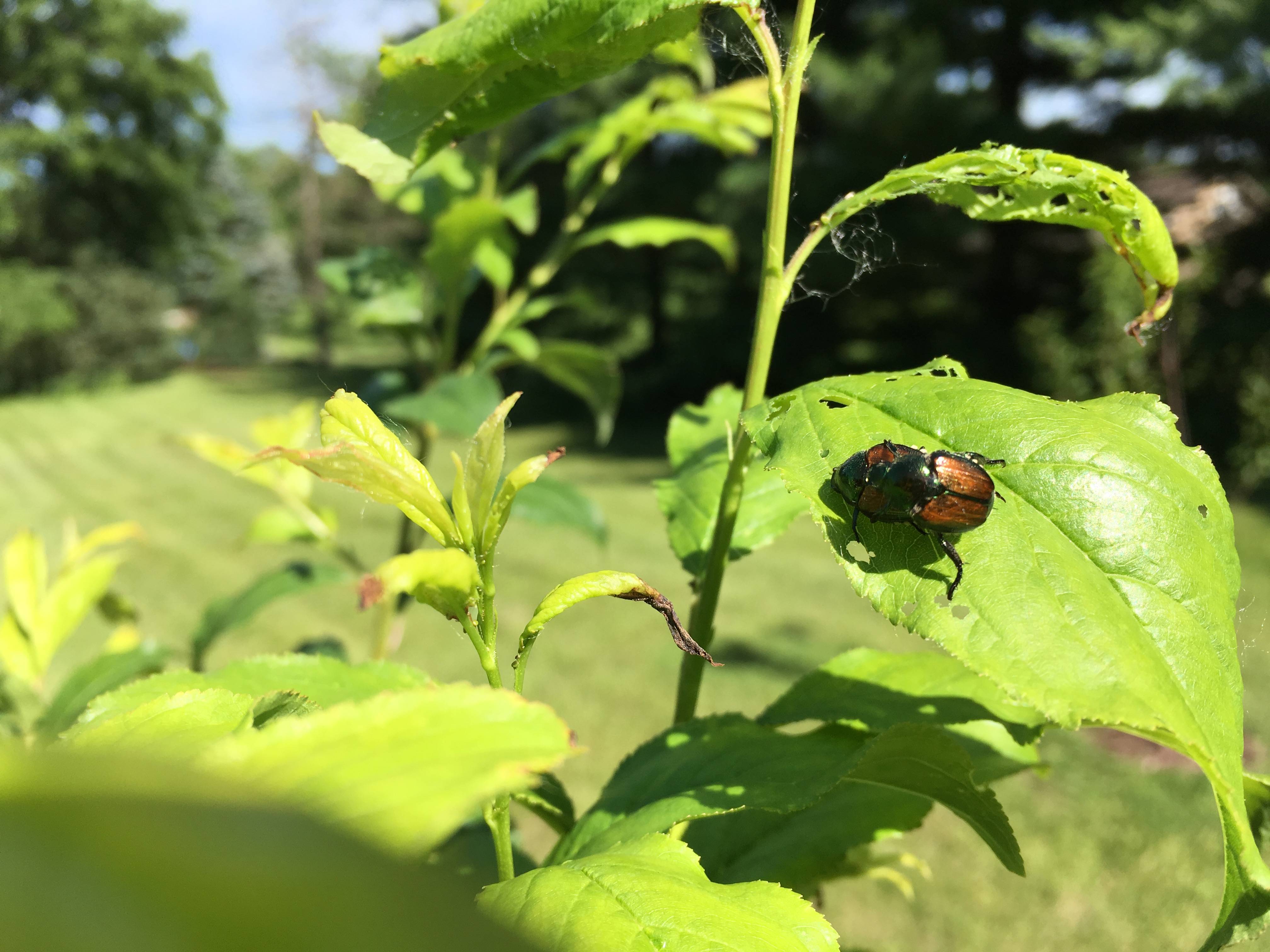 These are Japanese Beetles or Popillia japonica. In my yard they eat roses and last year was really bad.

Control is all a matter of timing. As wikipedia suggests

when present in small numbers, the beetles may be manually controlled using a soap-water spray mixture, shaking a plant in the morning hours and disposing of the fallen beetles,[13] or simply picking them off attractions such as rose flowers, since the presence of beetles attracts more beetles to that plant

Pheromone traps seem to attract more beetles than caught in the trap. A bucket of soap and water seems easier

Not the answer you're looking for? Browse other questions tagged fruit-trees insects pest-damage or ask your own question.

1
Should I prune skeletonized leaves?

15
Why aren't my fruit/nut trees flowering?
13
Managing weeds around fruit trees
8
How can I deal with the beetles eating my grapevine?
6
How much should I be watering my peach, pear and plum trees?
8
Do pine beetles kill healthy pitch pines, or is it safe to plant seedlings to replace trees killed by them?
7
How do I treat and care for trees infested with borers?
1
Is this flea beetle damage on this hollyhock?
4
How do I overwinter potted fruit trees?
4
Fruit on trees shriveling up before it develops (peach, apple, pear)