I'm looking at buying a house. There's a belt of trees on the south-west side, which is inside the property boundary but outside the fence.

The local council has a covenant on the property that says the trees are not to be removed ever but does permit periodic trimming, so its a glorified hedge.

What trees are these, and how could they impact my new home in the future? Do they drop leaves all year long and block up guttering? 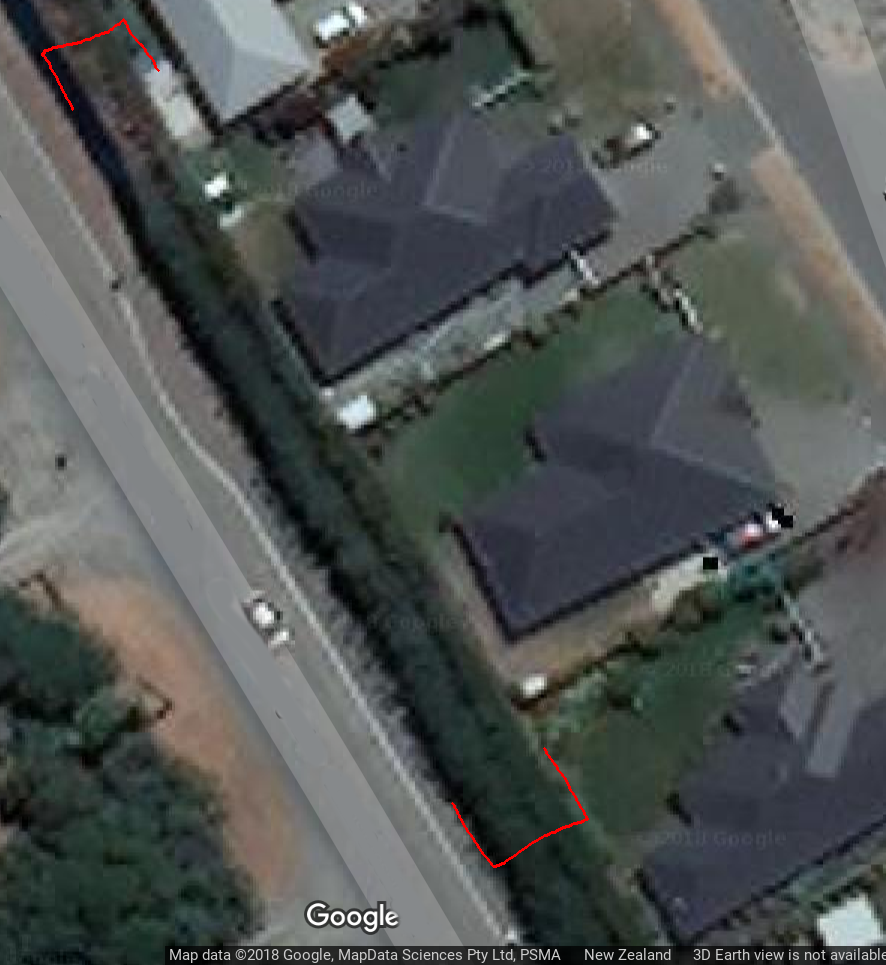 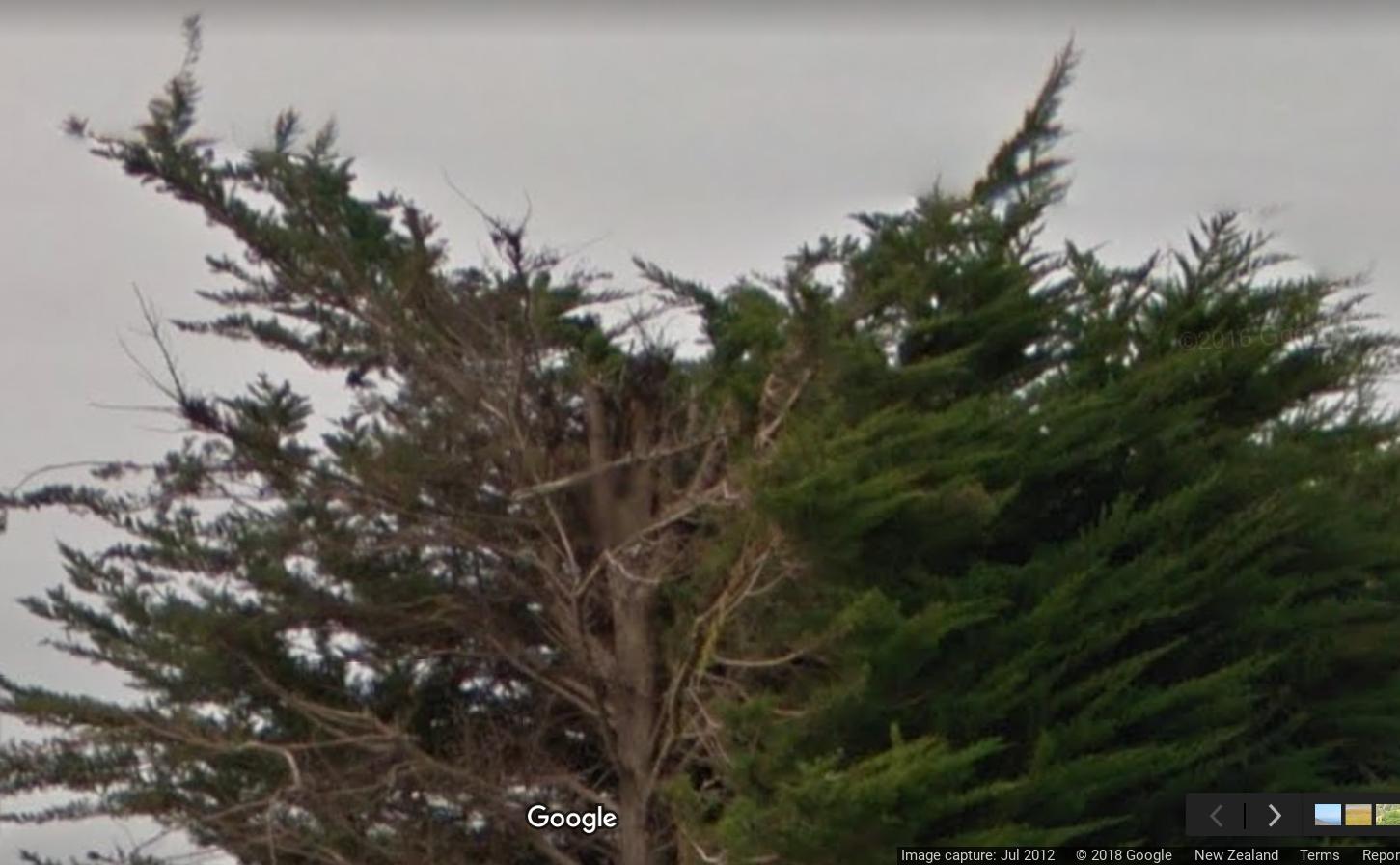 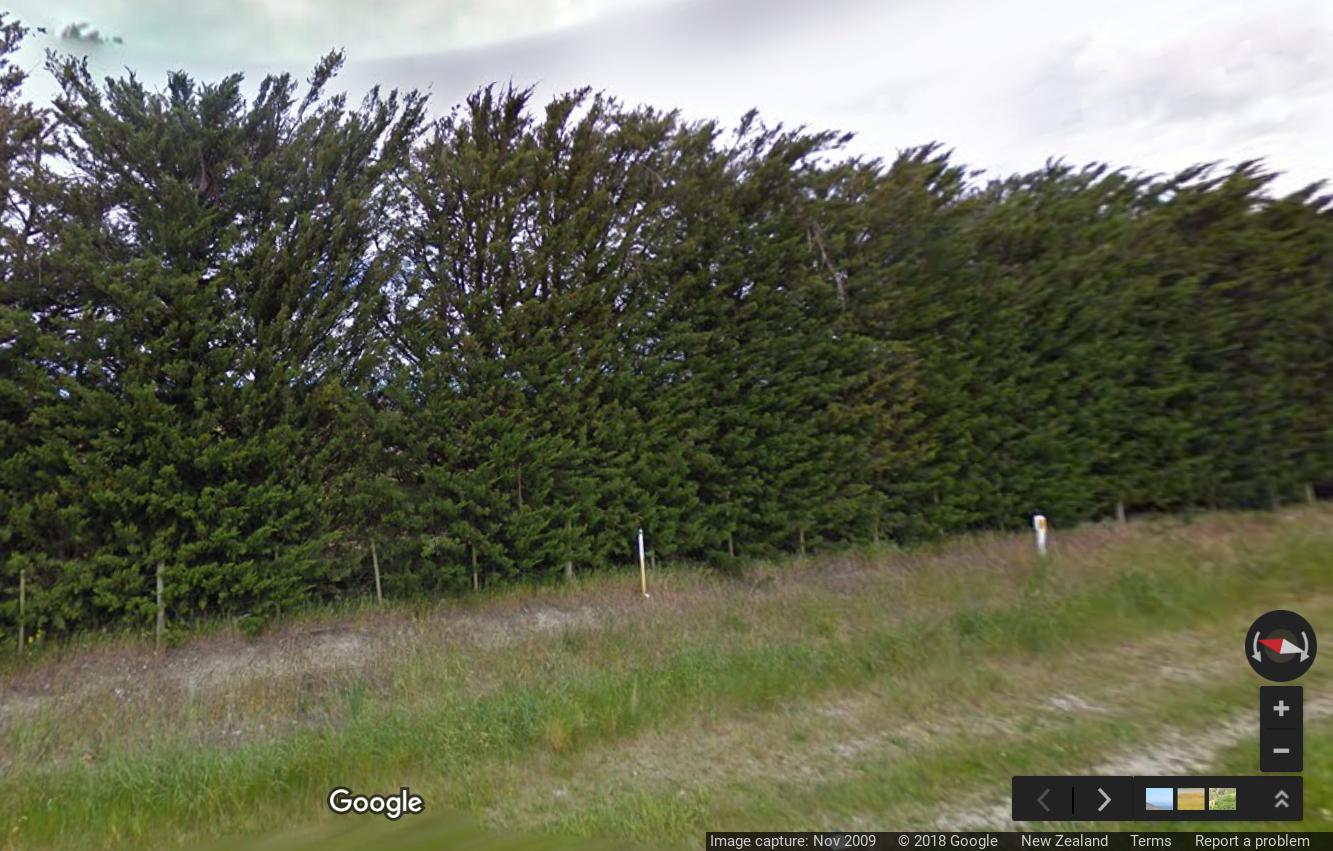 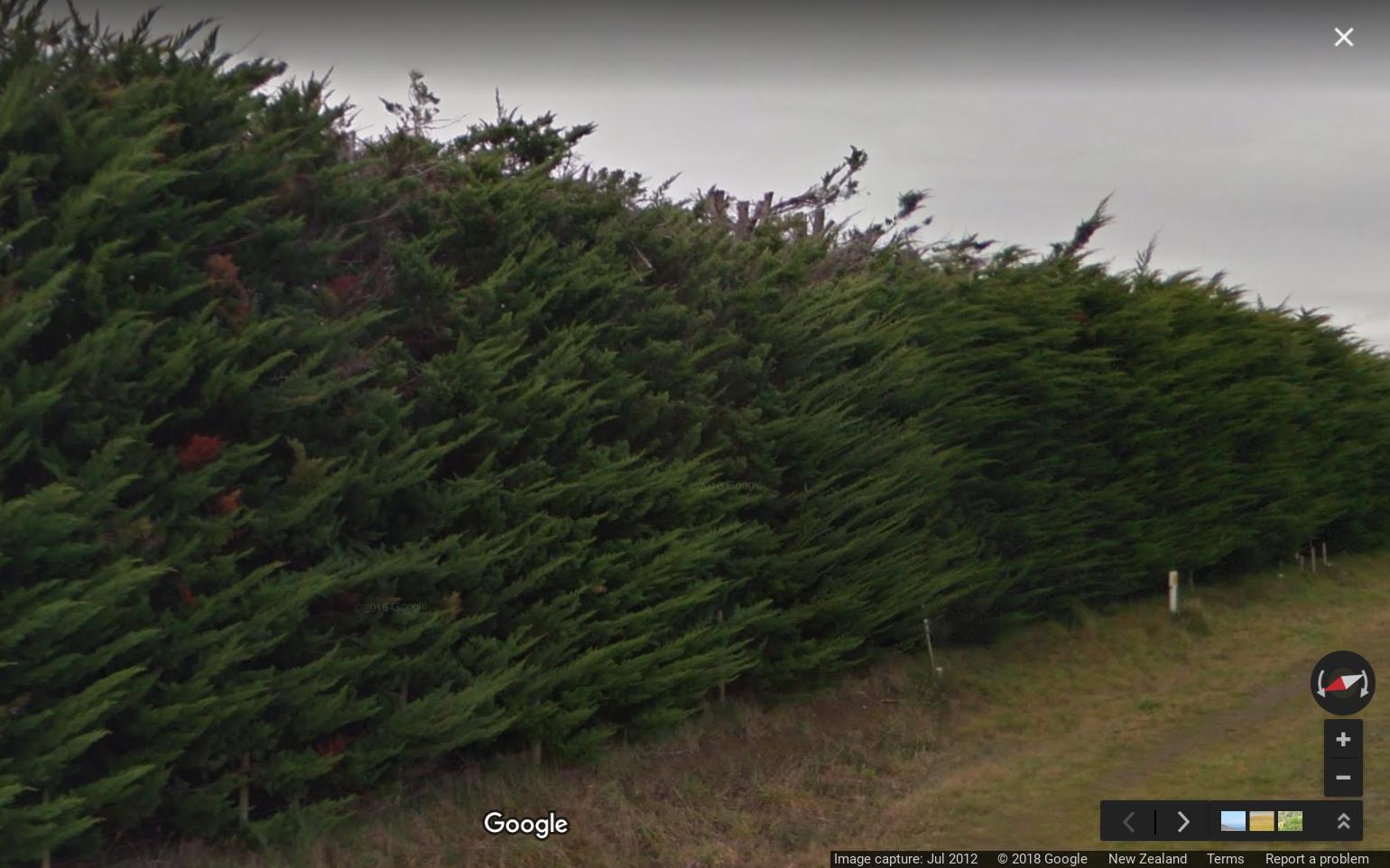 All imagery is from Google maps or streetview and their licence applies. 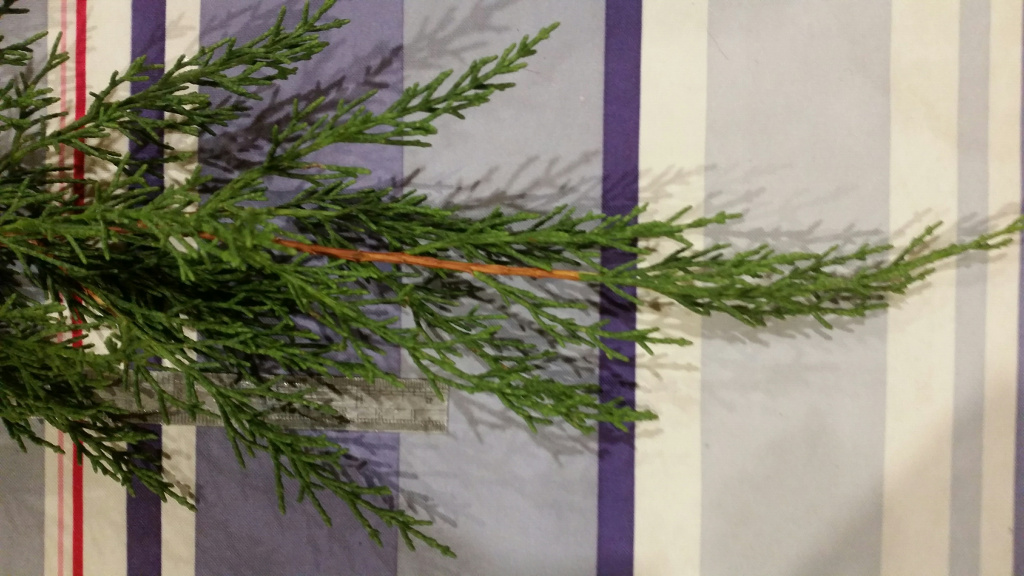 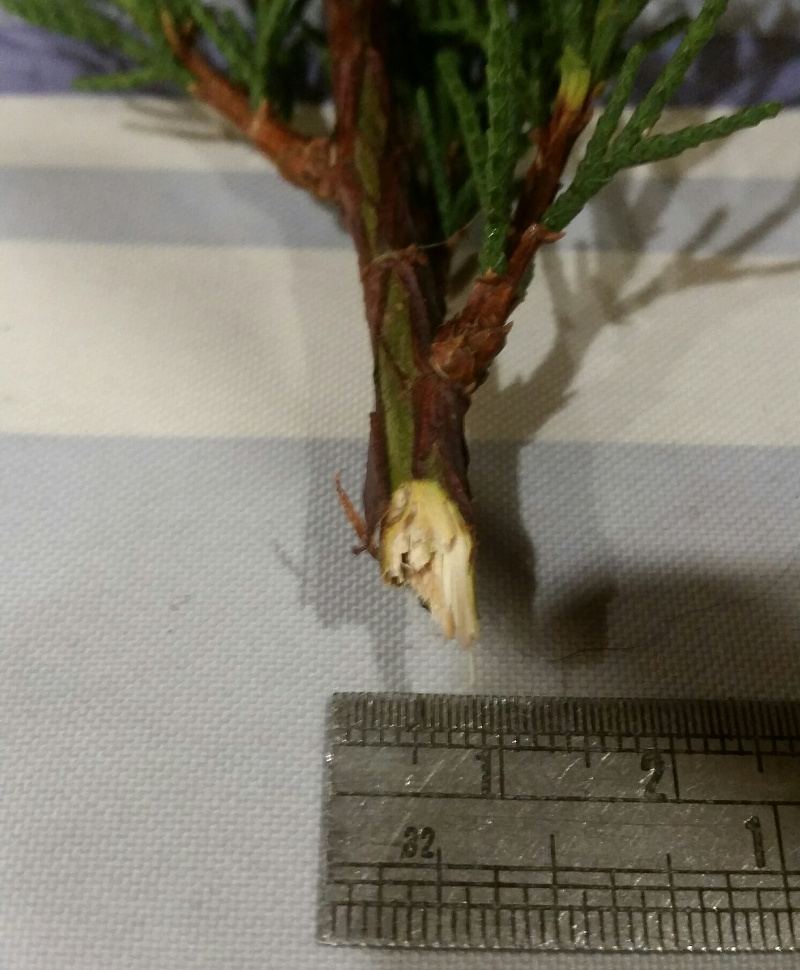 Update The local Council has them listed as Macrocarpa trees.

These seem to be a cultivar of Chamaecyparis or Cuprocyparis.

They are conifer trees used for hedges and sheltering , especially orchards and for noise protection(I see there’s a road there).

They will not affect your plot at all. Except for the shade they will provide. The soil around them will become ericaceous and if you plan to put any plants there, you will need to confirm that with a soil test.

The brown part is just poor trimming and/or natural shedding. looks quite bad but it’s no big deal and the tree should regenerate just fine.

You can’t stop nature dropping leaves or needles here and there. So some may fall in guttering but the tree’s habit means they shed needles throughout the year and also grow through the year with a stronger growth in spring. The drop of needles is barely noticeable.