What is this brown plant and how do I care for it? When do I water it?

I while back I got this interesting plant, but I never knew how to properly care for it, the leaves just seem to turn red and yellow and then fall off.

Here's a picture of it (it's the brown stick looking plant):

It is developing small leaves at the bottom: 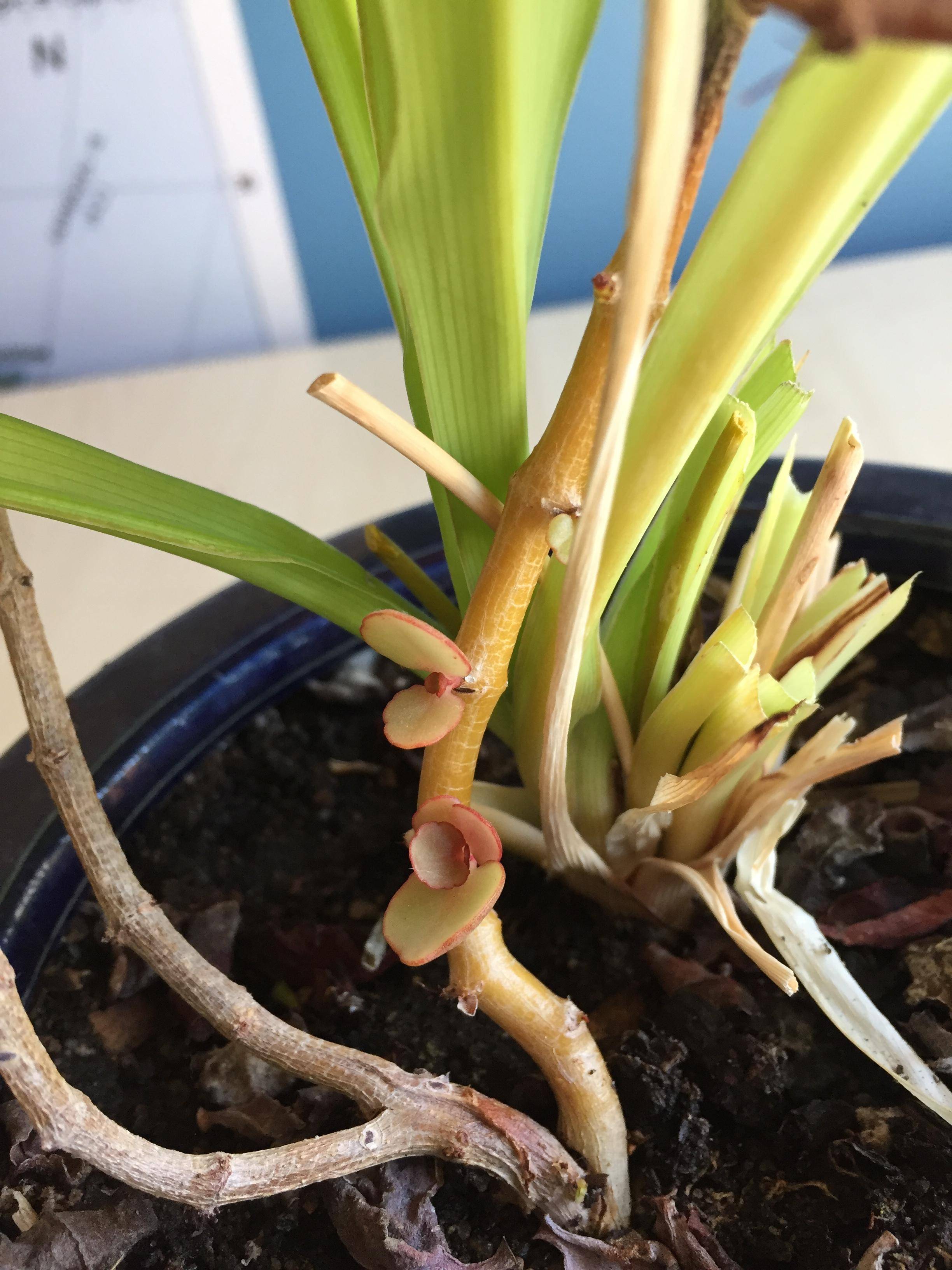 It might be too late already... that plant looks like it was once a Kalanchoe, maybe K. blossfeldiana judging by the edges of the leaves, but hard to be 100% because it's practically dead. It appears to be in a pot with at least one other plant, which might be a very few leaves belonging to a spider plant (Chlorophytum) or might not be. Not sure what the broader, strap shaped leaves you're holding out of the way belong to, but possibly, its another plant in the same container.

If you want to try to save the Kalanchoe, unpot it from that container, cut it down to about half an inch, and plant (using new potting soil) into a container on its own, with drainage, that is big enough to take the roots, but not too big. Place it somewhere with bright light but no sun, water thoroughly, then leave it alone - only water when the surface of the soil feels dry to the touch, but not so dry its shrunken from the sides of the pot. Do not leave it standing in water in any outer tray or pot, empty that out after watering.

It may or may not recover, and is unlikely to flower again without spending some time outdoors during summer (as a plant with proper leaves, not a brown stick), but you might like it as a foliage plant. Image of what it might once have looked like (could have had different colour flowers, there's a wide range of them) and info http://www.plantsrescue.com/kalanchoe-blossfeldiana/

Not the answer you're looking for? Browse other questions tagged identification plant-care or ask your own question.