What do I do with Bay Tree saplings to grow a new tree?

Below is a photo of the saplings growing from my bay tree's roots. I previously posted about this bay tree because I made some bad decisions with it. Probably because of all the stress the tree seems like it is trying to reproduce.

My question is, I want to grow at least one of these saplings into a tree/bush. What is the best thing to do with them? Would like to keep them both if possible.

My initial thought is to make sure they have enough roots and separate them quite soon. 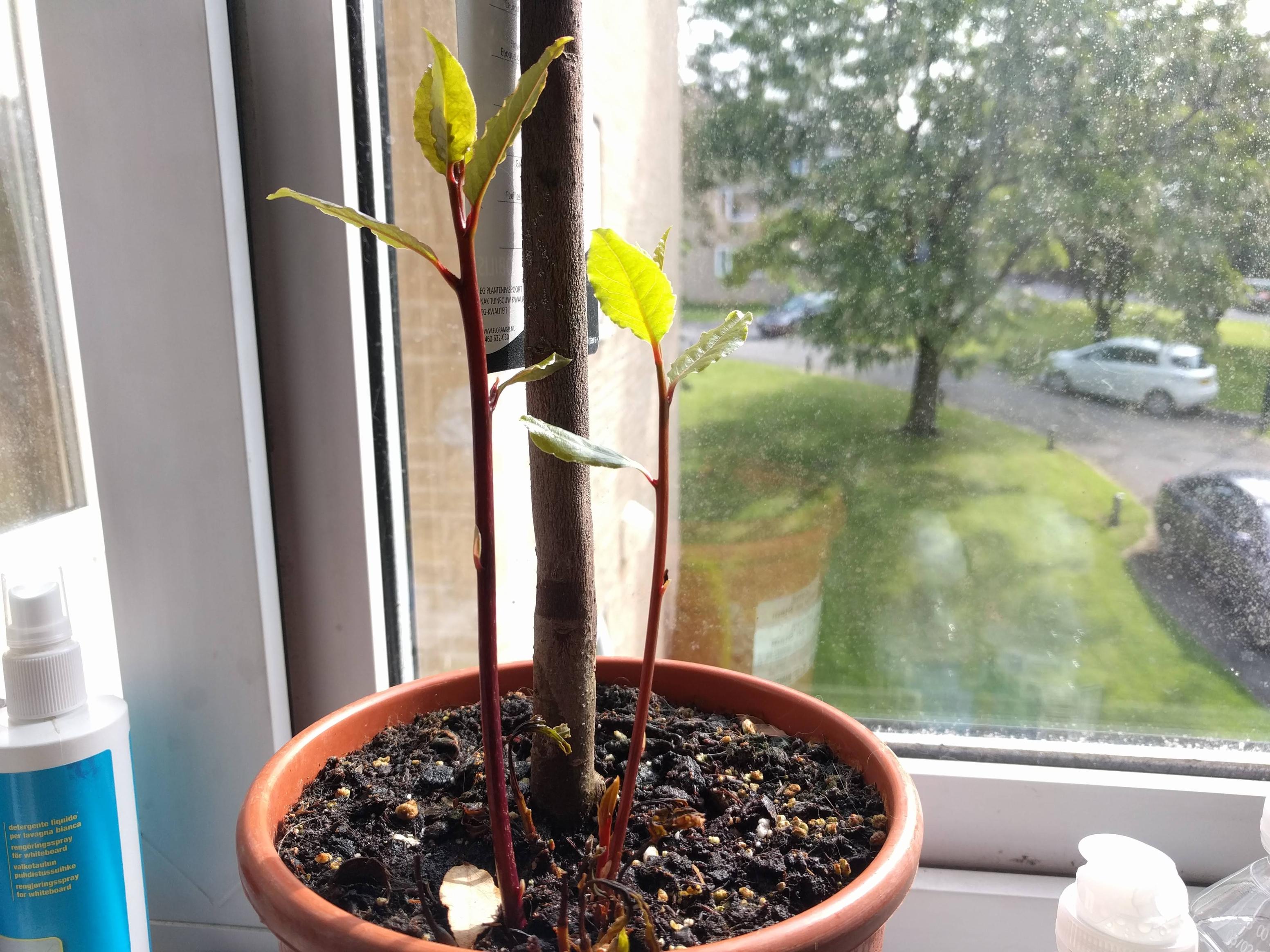 They're not saplings exactly, technically they're suckers. When a bay in a pot (especially if it was a standard, that is, one long straight stem with all the growth at the top) is in trouble or dies back, the roots send up new shoots. It might be possible to grow the suckers on separately from one another, but you need to turn the pot out and have a look at the rootball. If you can determine that both suckers have a good root supply each, then cut the rootball in half between the two suckers, and pot those up. However, because these shoots are growing very close together, you might find that one or the other dies afterwards because of too much root loss during the procedure, so it's a little bit of a gamble. If you wait longer, you may well find several more suckers appearing at the base in a similar fashion. If the original plant was a standard form, unless you train any new suckers you select, that growth habit won't be repeated - it will grow more as a bush, with more than one main stem.

The soil in that pot looks to be far too wet... you should water when the surface of the soil feels just about dry to the touch, then water thoroughly, allowing any excess to drain away freely from the pot, not kept trapped in an outer tray or container - empty either of those 30 minutes after watering. It would appear also that you have this plant indoors - it doesn't like being kept inside, best placed outdoors and only removed to shelter if your winters are severe, and even then, preferably not inside the house in heated rooms. They do like some sun - but if you move it outdoors, place it first in a shady spot and gradually move into a sunnier place to give the plant/s time to acclimatize to sunlight without burning.

Not the answer you're looking for? Browse other questions tagged trees tree-care herbs or ask your own question.

18
Will a cedar tree grow new limbs?
12
How far will pine tree roots spread?
10
Can I combine two or more fruit trees?
3
How should I deal with my willow tree that has been butchered by the council?
7
Can I trim my canary palm trunk or is it a lost cause?
4
Construction damage to tree
5
Should I prune this new olive tree?
2
How do I keep my olive tree from sending up shoots?