I had a dead branch fall from one of my Escarpment Live Oaks in a storm yesterday. It has these brown mushroom-like growths on it. There are 4 or 5 growths like the one pictured on the 10-foot section that fell. I only see them on this and one other dead branch that is still on the tree. The rest of the tree appears healthy. Also, the affected branches are not close to the ground (they're about 20 feet up). Any help identifying it is very much appreciated. 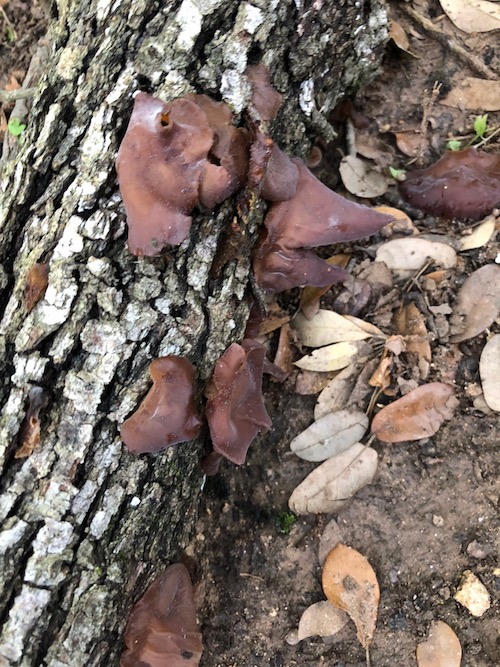 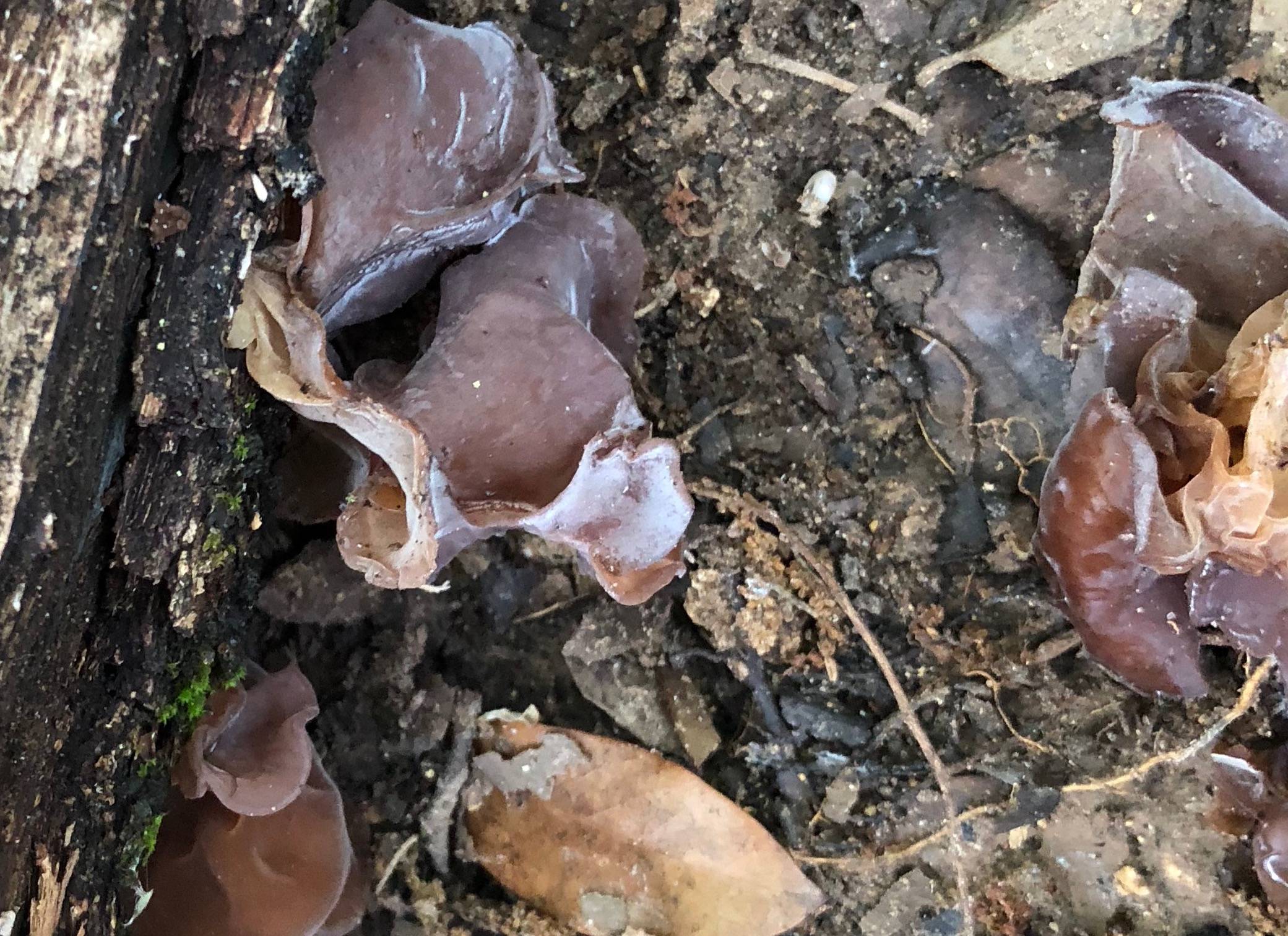 It is a little hard to tell for sure from the single photo (if you could pick a specimen & post more detailed photos including the underside & provide a description of the texture, it would help), but it looks to be what is commonly called a Wood Ear Fungus.

There are a couple species I am aware of that are commonly referred to as Wood Ear, & I'm sure there are other similar looking fungus out there too.

It is probably (withiout more photos) of the Auricularia genus. Fungus in this genus are generally understood to feed on dead wood, sometimes with a weak parasitic association. They are not thought to be harmful to their host trees.

Several species in the genus are considered edible Auricularia polytricha (also called Cloud Ear) and Auricularia auricula-judae are two commercially cultivated examples which are commonly called Wood Ear. Although I'd be hesitant to eat the ones growing on your tree without a more positive identification. 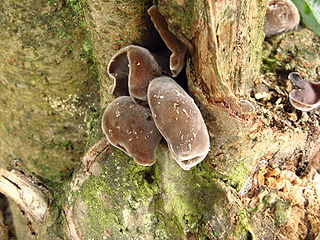 Not the answer you're looking for? Browse other questions tagged identification fungus oak or ask your own question.

20
What kind of plant/mushroom is this?
3
White fungus growing on tree branches
8
Need some help identifying a plum tree
2
Identifying brown spots with Jade and lemon tree
10
Can someone identify this tree from these leaves and this “fruit”?
4
Weeping Willow tree half dead with an abundance of hard fungus, How do I save it?
3
What is this fungus/mushroom on my oak tree?
5
What kind of tree is this and what should I do with it?
5
Need identification on this growth on cherry & possibly plum trees and possible remedies
1
What could've caused this strange split in this tree branch?