Can you identify this shrub which I have named “The Redemption Bush?”

This bush is in North-central Virginia on a farm. Most of each year when I lived there it would block the view of our pastures, interfere with mowing, and just look like a green mass. Every year, toward the end of winter, I'd say I was going to cut it down because I didn't like it. Then every spring it would flower and buy itself another year - thus earning my name for it - The Redemption Bush.

Someone said Deutzia, but it doesn't look like the examples I've found in other posts. Can anyone ID it? 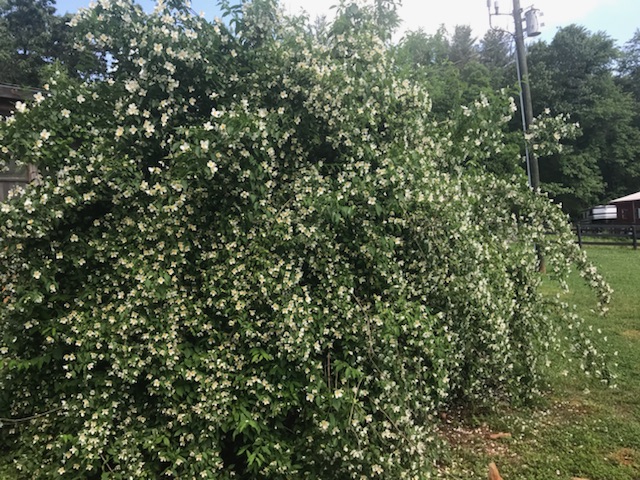 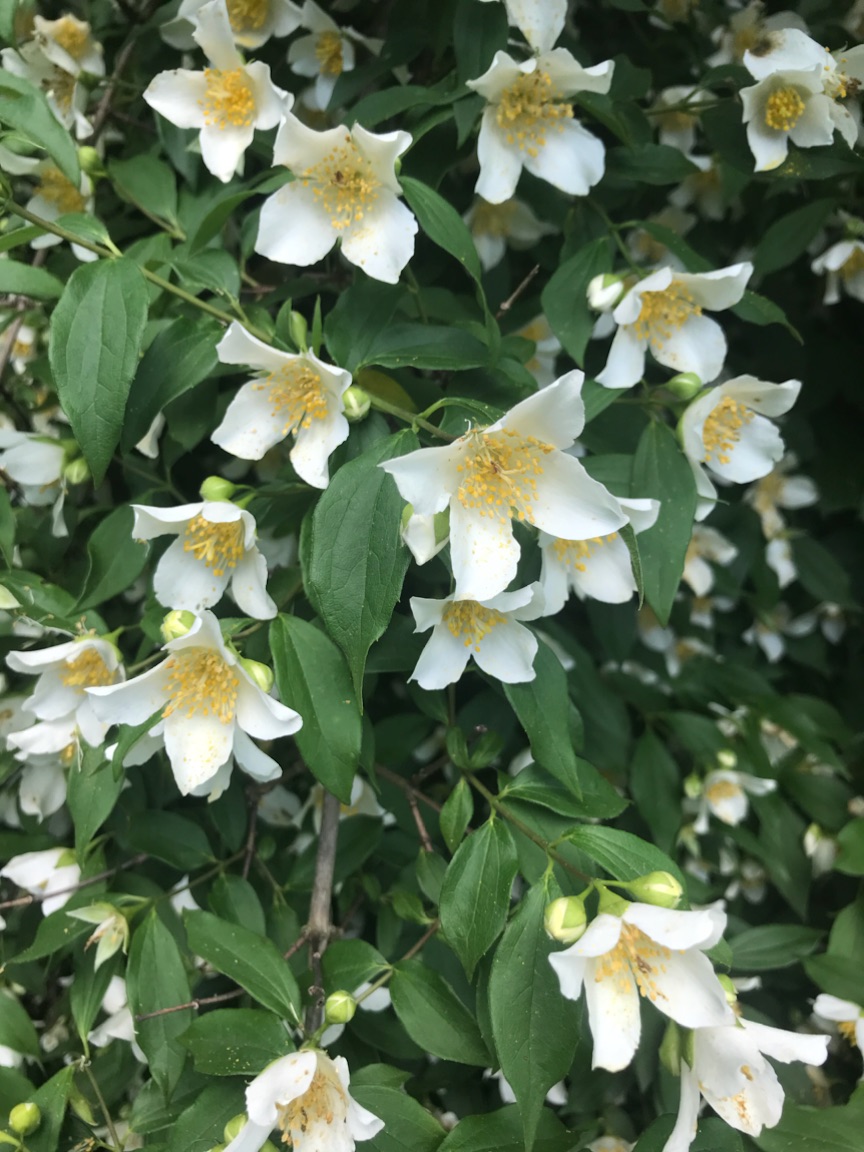 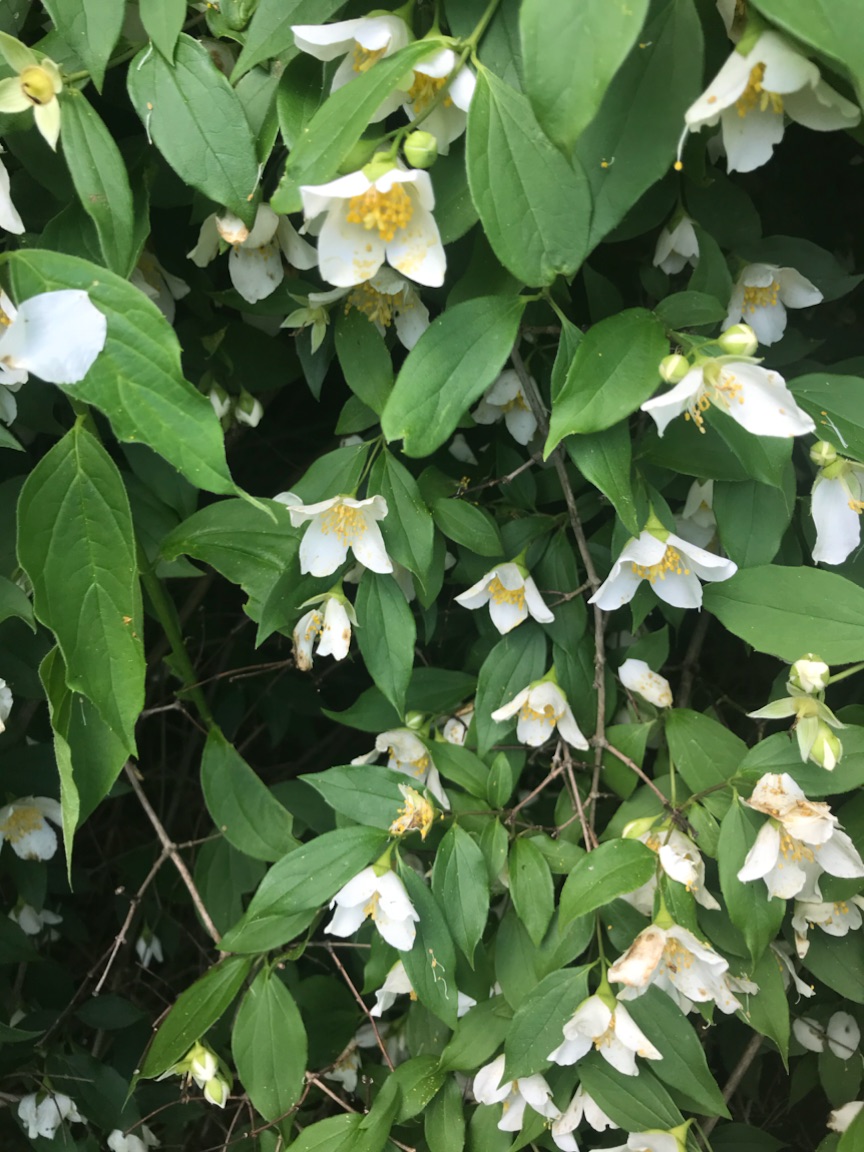 identification shrubs flowering
Share
Improve this question
asked May 24 '18 at 13:31

It looks like a nice specimen of Philadelphus, maybe P. coronarius judging by the flowers and leaves, but you haven't mentioned fragrance. It's possible its still that variety and just isn't fragrant (I've certainly had one myself that had no scent at all) but equally, there may be other varieties where you live which I'm not familiar with (Philadelphus coronarius L.). If you want to prune it back, do so immediately once the flowers are finished.

Not the answer you're looking for? Browse other questions tagged identification shrubs flowering or ask your own question.