How to revive a bonsai that was repotted after it was dying of overwatering?

I have a 15 year old Chinese Elm which I bought last year in April and keep indoors. It is placed next to a window, but due to british weather it doesn’t get very strong light.

The bonsai survived very well for a few months until the end of the summer, when it then started losing its leaves out of season. That time, the problem was spider mites, and the bonsai only recovered from them after a few months. It only started growing new leaves at the top of the tree, and very few of them.

A few months later, those leaves fell off with no signs of drying up or yellowing, and soon later even the branches were dying, and I realised the problem now was overwatering. I didn’t know that the soil the bonsai came with retained so much water, and since it is my first bonsai, I didn’t know how to check the soil properly before watering, so I just arbitrarily watered it once a week (but always drained it as much as I could).

Now I got the tree repotted with new soil which drains the water much better, and I am very careful to only water it when the soil is slightly moist. I am not feeding it with bonsai feed since the tree is struggling. It’s been over 6 weeks since the repotting, and the bonsai is still not growing new leaves. The branches that were dying that I had pruned to the point where they were still green underneath, are now still continuing to slowly die closer and closer to the trunk.

Am I still doing something wrong? Is there anything else I can do to try and revive my bonsai properly? Do I actually still have to wait even longer for the new leaves to grow? The tree was even getting more sun than usual in the past week, but it didn’t seem to make a difference.

NOTE: the tree is actually still alive since if I scratch the bark it is bright green underneath, however it is simply not growing new shoots or new leaves.

This is the state of the bonsai before being repotted and pruned, when it had only very few leaves at the top which did not change colour before they fell out. 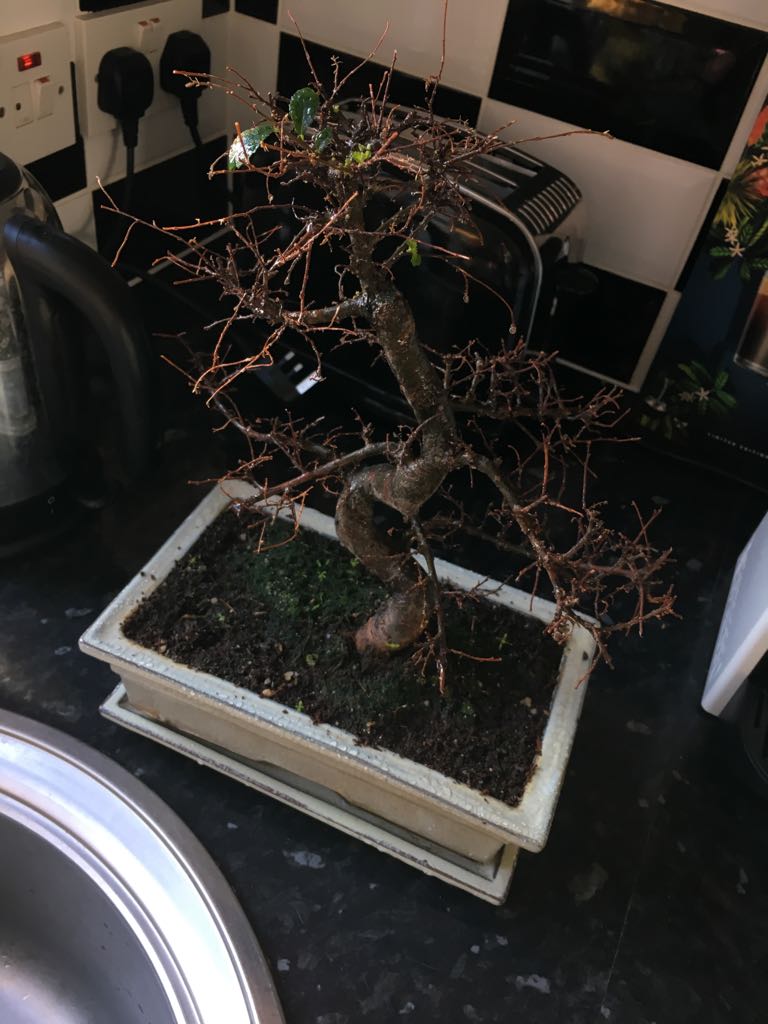 Bonsai 6 weeks after repotting and pruning, with new draining soil. 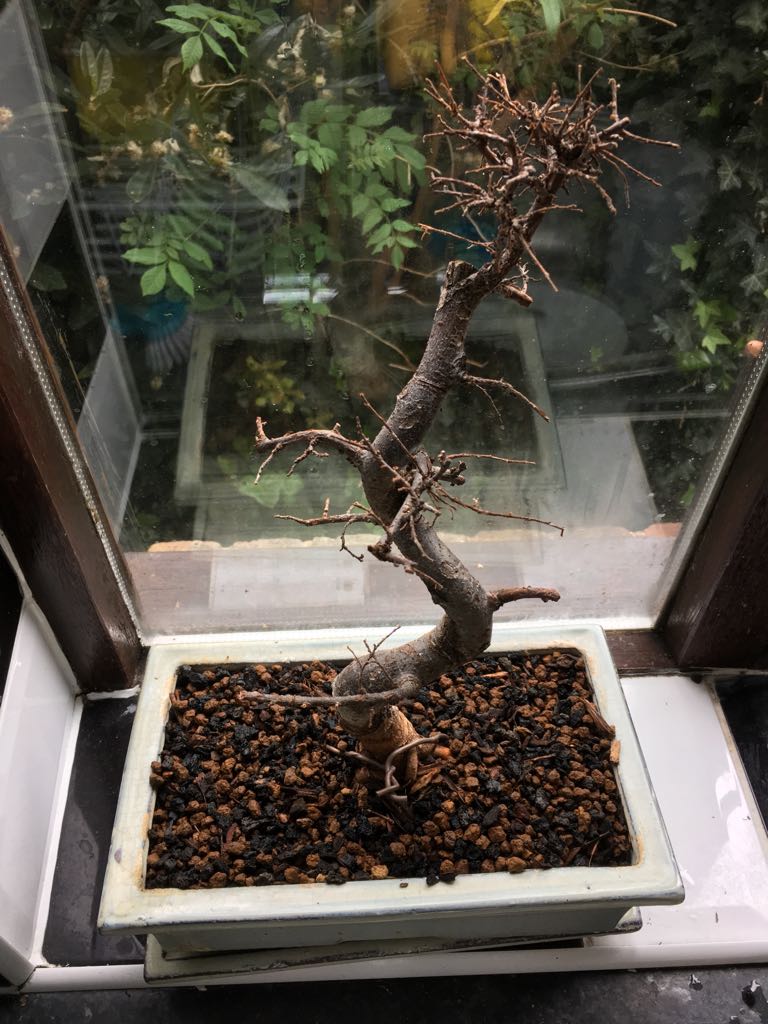 4
Chinese Elm bonsai turning yellow after repotting
4
Question Repotting Sansevieria (Mother-In-Law's Tounge)
7
How can I revive these house plants
4
What type of bonsai is this, and how do I revive it?
2
Bonsai Ficus, recently repotted now roots growing from surface
2
Bonsai sprout is loosing all of its leaves, help!
3
Bonsai growth stunted