How to get rid of this white fungus

I have this fungus in my garden and it is slowly moving to my house. The picture shows it with a one Euro coin so you have an idea of the scale. 1. Do you know what kind of fingus this is? 2. Is it harmfull 3. How do I get rid of it

Thanks for our help. Erwin 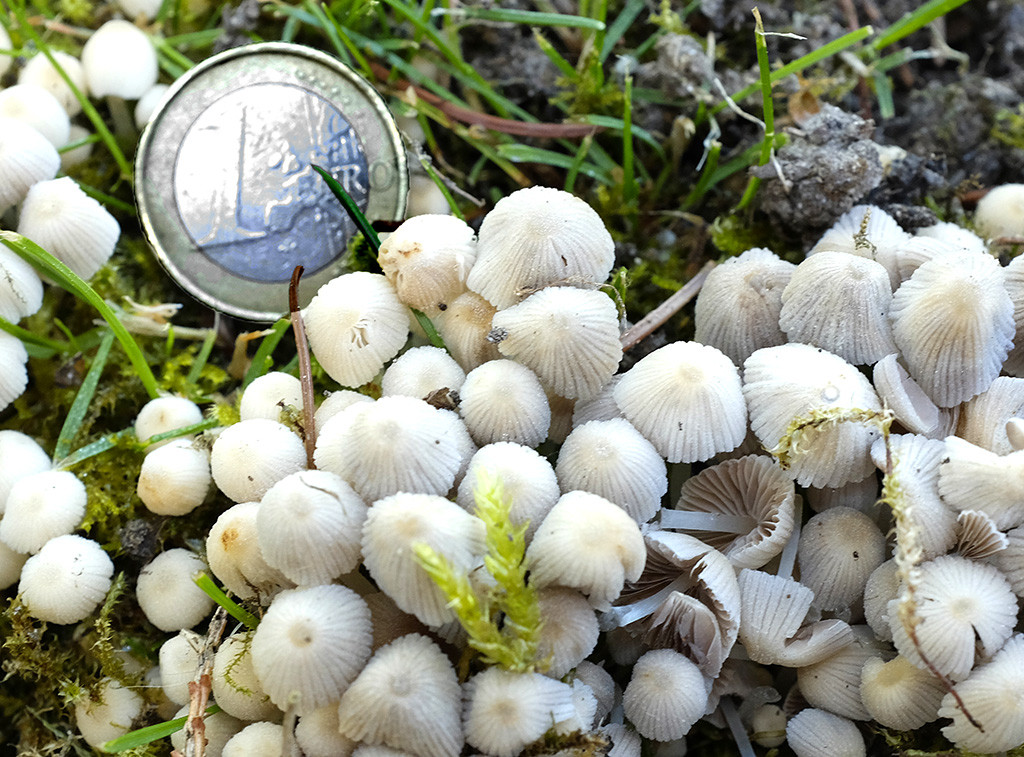 These are Parasola plicatilis, the pleated inkcap. They are saprobic, meaning they live off decaying matter in the soil, and these fruiting bodies are usually short lived. Common in grass, but whether they're moving towards your house or not, they're nothing to worry about, they're not going to damage your house. Fungal mycelium are everywhere in the soil, its chockful of it, and the only time you know it's there is when it produces such fruiting bodies in the form of mushrooms or toadstools. The vast majority of such fungal organisms are beneficial to soil and plants, with just a few exceptions (honey fungus for instance). Best not to eat any of the mushrooms though, unless you're experienced enough to recognise any edible ones that turn up -this one is considered inedible. If they don't disappear rapidly enough for your liking, just clear them away yourself.

4
Orange spherical fungus in garden
3
What is this fungus in my indoor snake plant's pot, and is it harmful?
5
How to prevent fungus on soil in self watering pots?
4
What is this fungus or mould on my oregano, and how should I treat it?
2
I am trying to identify and treat white fungus at the base of a tree
5
What fungus is this, and how to get rid of it?
6
What is the white fungus growing on my Hibiscus and how do I treat it?
5
What's this (yellow, rubbery thing - pic attached) I found in my Box Hedge plant?
6
Is this lawn fungus?
2
What are these fungus-like things in my tree?