Why are seeds of summer chrysanthemum different between suppliers?

I bought some seed of Chrysanthemum carinatum from two different producers, as seen on photos. How come they are different? The left hand side is 1gr, the right hand one 0.5gr. The price was about the same. Which one is better? 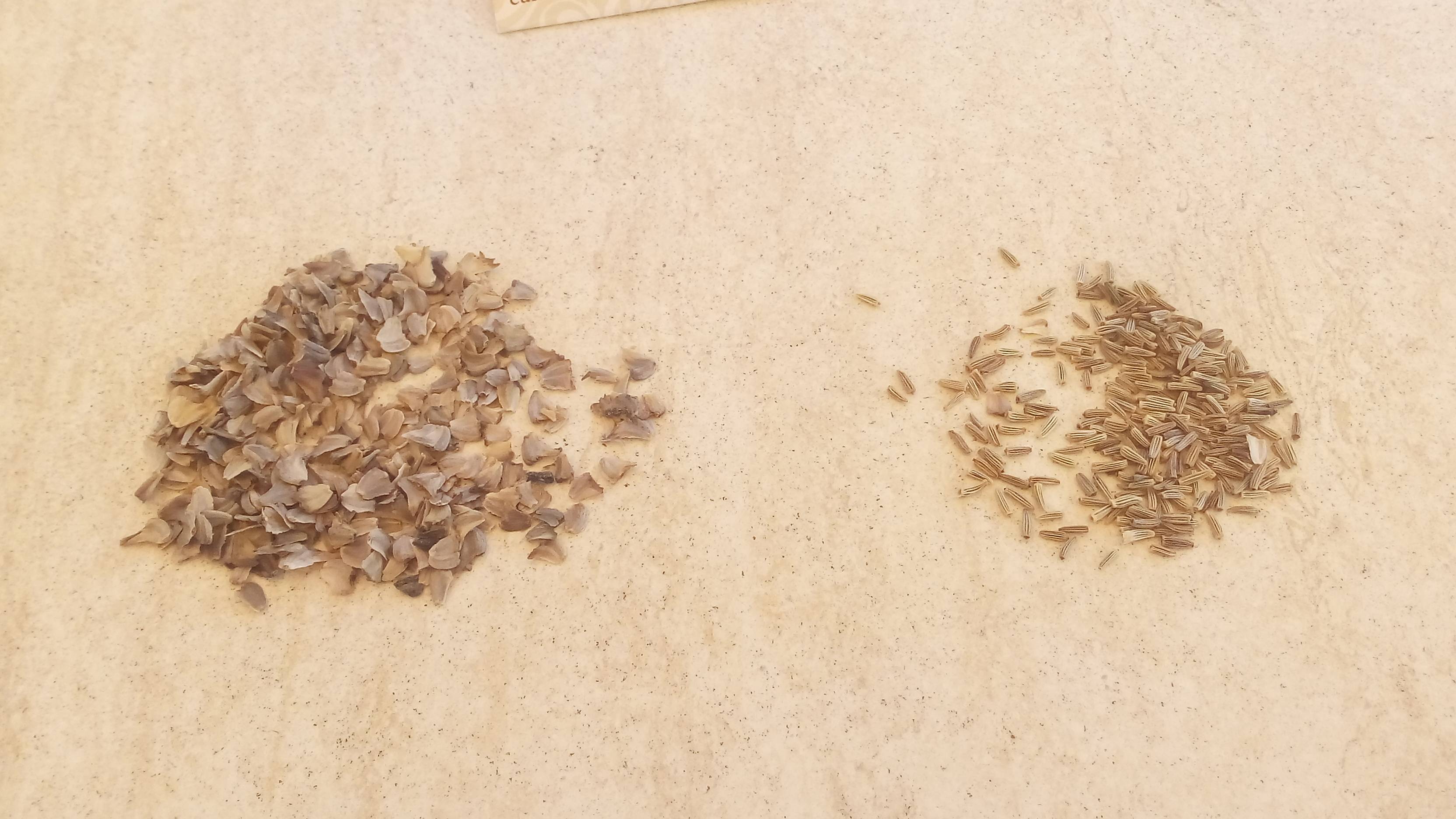 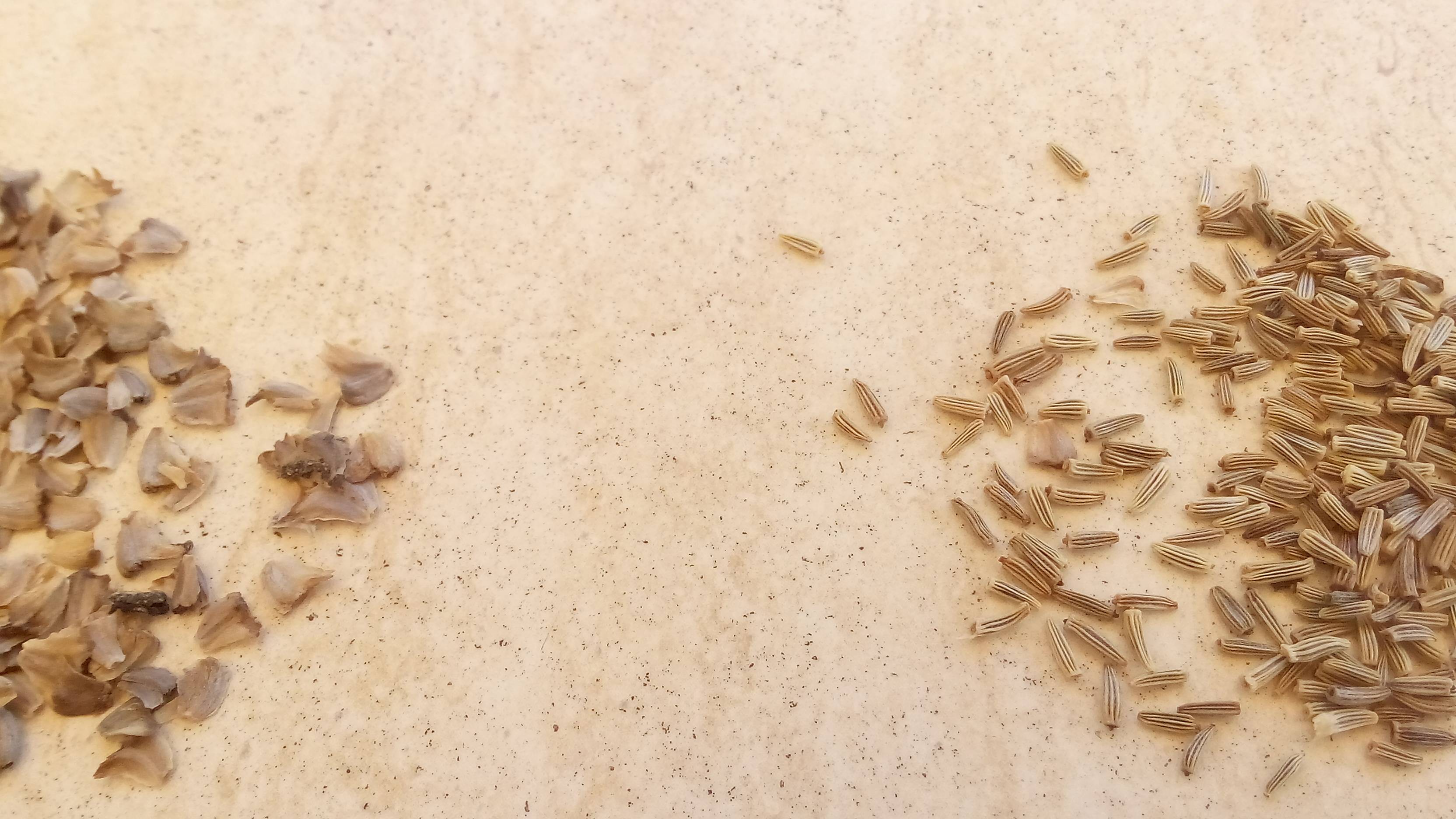 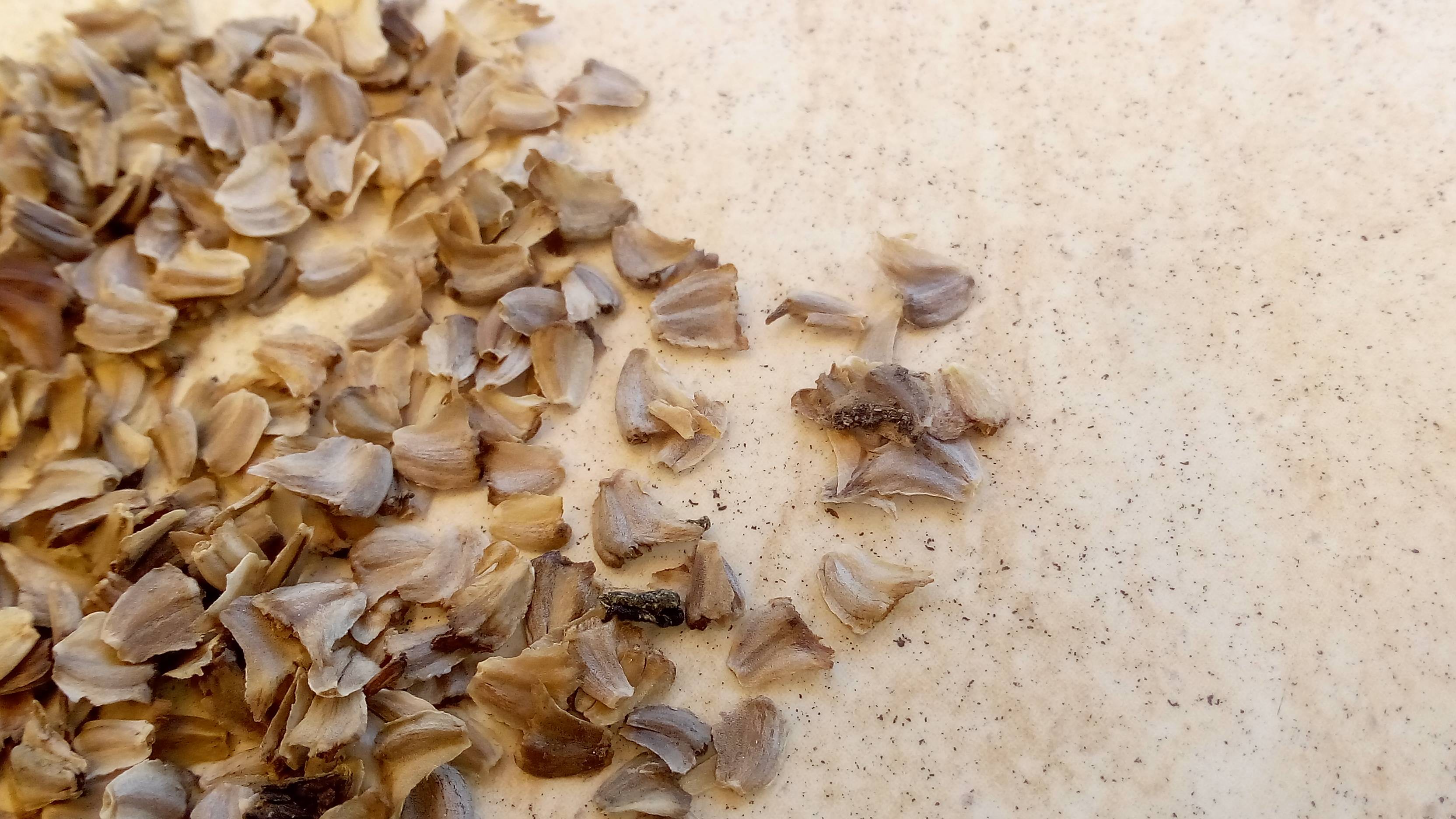 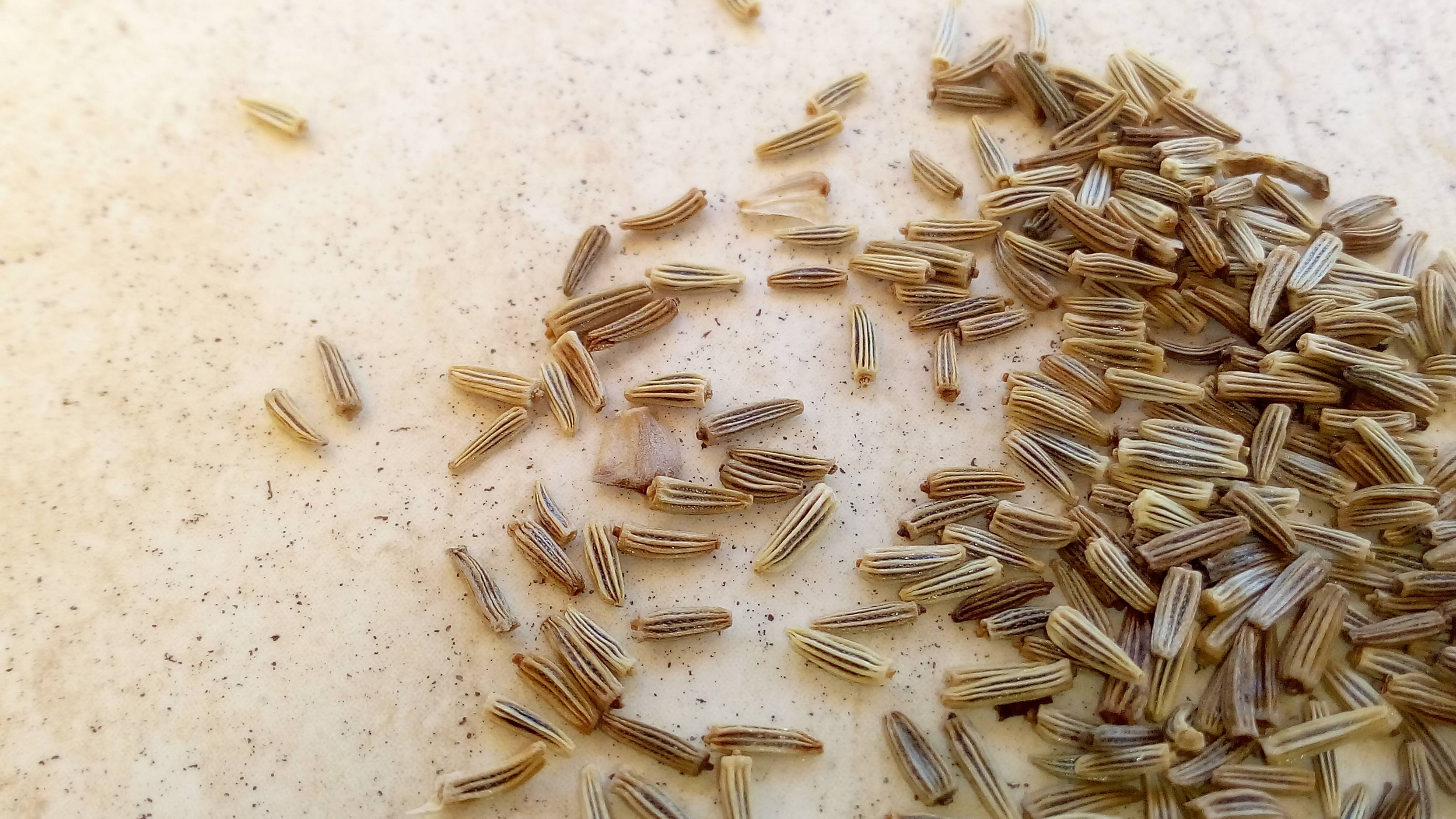 I bought a packet of "painted daisy" seeds that did not give the botanical name. The image on the packet, and the common name, most closely matched Tanacetum coccineum, formerly known as Chrysanthemum coccineum, and it has white, pink, or red rays and yellow center disks, Painted Daisy (Tanacetum coccineum). Another name for it is "Pyrethrum". The seeds I have look similar to the ones on the right of your first image, though they do not have the prominent striping. 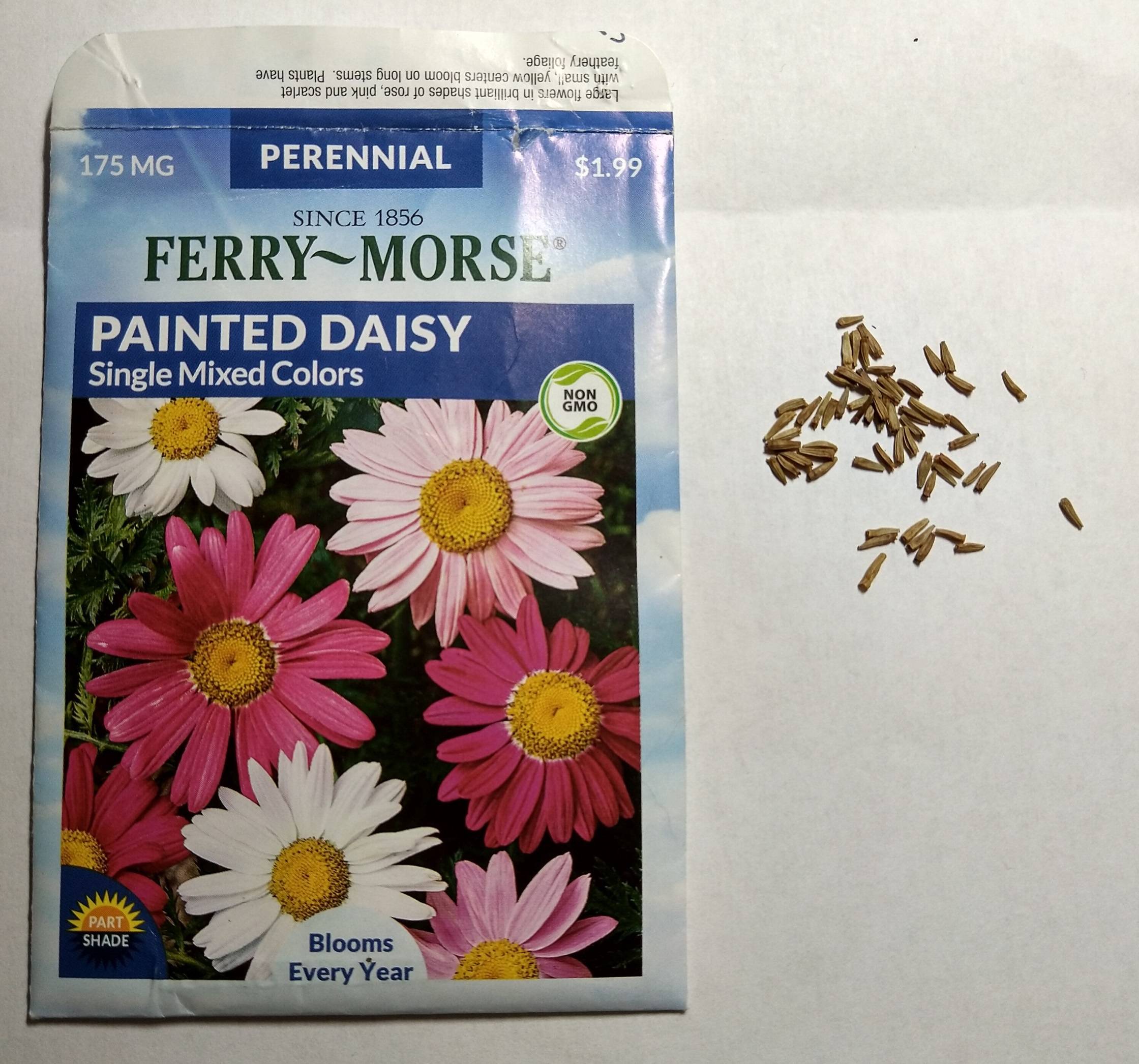 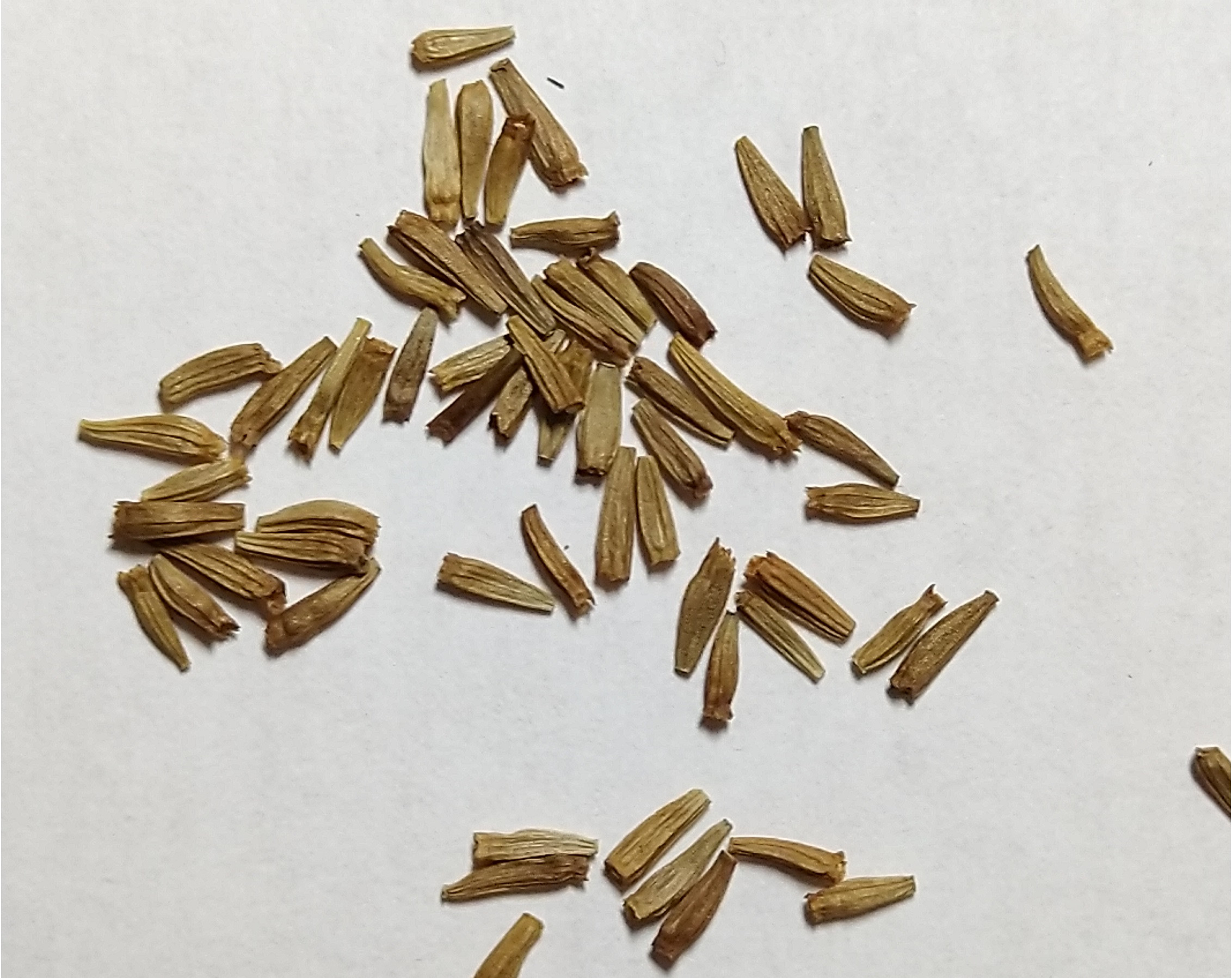 Given all the name changes of these two plants, and their similarity, I'm going to guess that your mystery seeds might be Tanacetum coccineum.

9
What are these seeds in papery pink casing?
11
Is it better to plant many seeds in one hole or few?
7
What are the practical differences between cucurbits grown from seed and cuttings?
4
How should Cleome seeds be sown in the Northeast?
7
How to get a Kalanchoe to flower in bunch
2
What are these green weeds on my grass?
1
Are hollow jujube seeds viable?
2
How to germinate seeds using the plastic bag method
2
Mixtures of seeds of flowers for a roof
1
chrysanthemum plant looks dull and almost dying