Is All this blackberry plant or is there more then 1 plant?

Just started gardening with my kids. We bought some dieing plants from H.D. for $3 each and figured we would see if we could save them. So far so good, we have some new growth.

One of the plants, however, has a different set of stalks, leaves, and buds(?) Along with the stalks that look like the other plant. It looks like it is growing out of the center of the growth in old stalks that look to of been cut back.

Is this part of the blackberry plant or something we need to eliminate?

1 in picture of where plant in question is growing out of, 2 is next to the stalk that looks like the other blackberry plant.

(1) EDIT FOR ADDITIONAL INFO. Thanks for the replies. We have about 12 other plants we are growing from seeds, they just spouted so the kids are excited.

We brought them back to pretty good health compared to when we bought them. We just recently repotted out of the store pot into these knee high pots I had. (Future build of raised beds so don't have a layout to ground plant them yet.

The are in a mixture of potting soil, our local sandy "dirt", pine needles compost, and maybe some other leftover bags I had. I didn't notice the green beads before. I assume that was in the plant potting mix. Yes I did put rocks in bottom, it has drainage. The soil had dried out to at least a deep as my index finger so we had just watered it before I took pictures.
I was going to pull the growth in question but then I noticed it was growing out of a thick stalk right next to the blackberry. I just wanted to verify before I ripped plants out. Then I found this nice site.

Thank you all for answers, and input.

(2) MY RESULTS Thanks for the suggestions and answers. I figured it was not a blackberry, but wanted to make sure I didn't miss something in my googling. I removed the plant in question. See how it goes. It was in the middle of two B.Berry stalks. Had to separate the potting clump to pull it out of the middle of the two. Hopefully I didn't damage it. We shall see. Fun project for the kids. Including updated pictures. 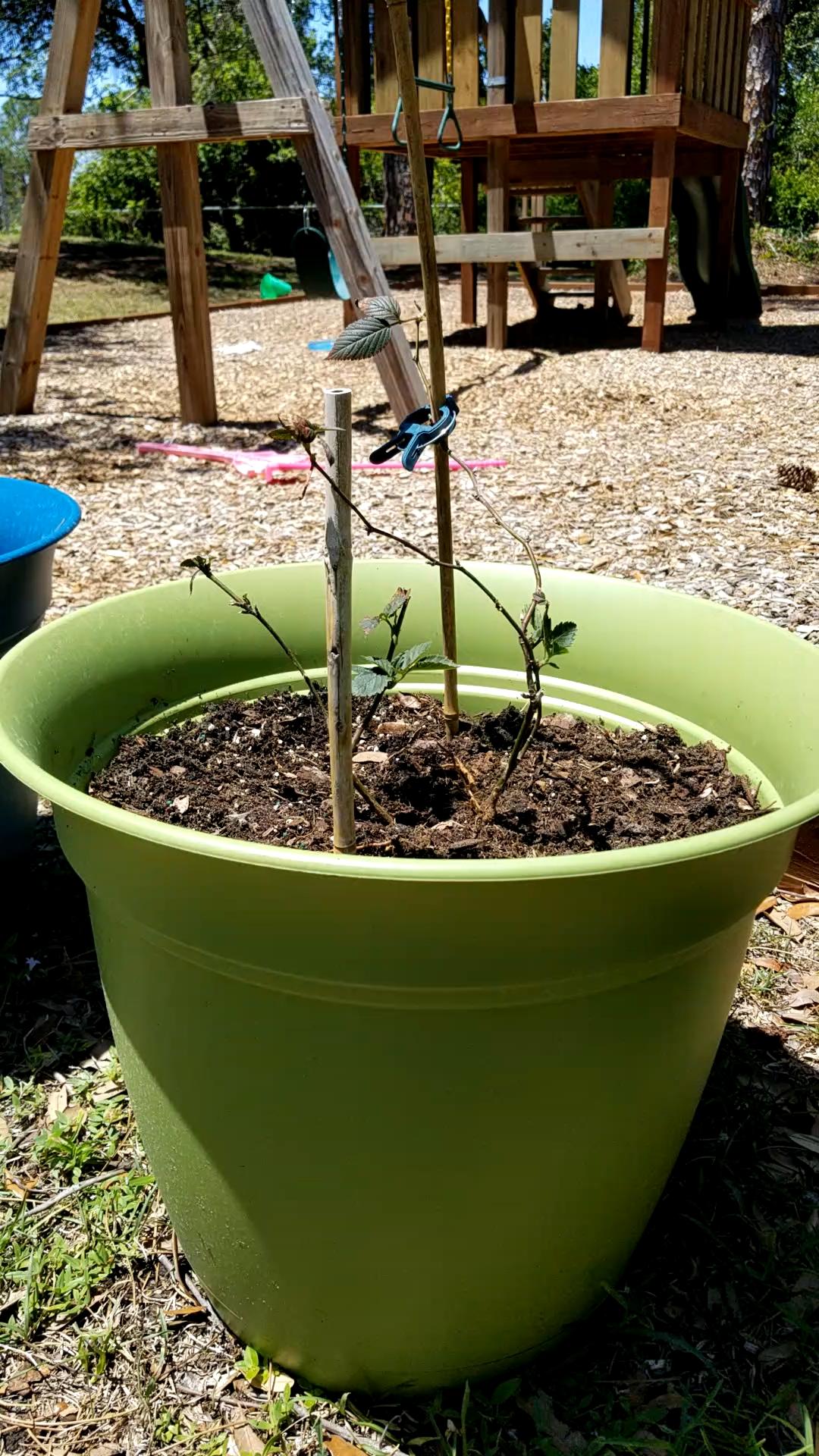 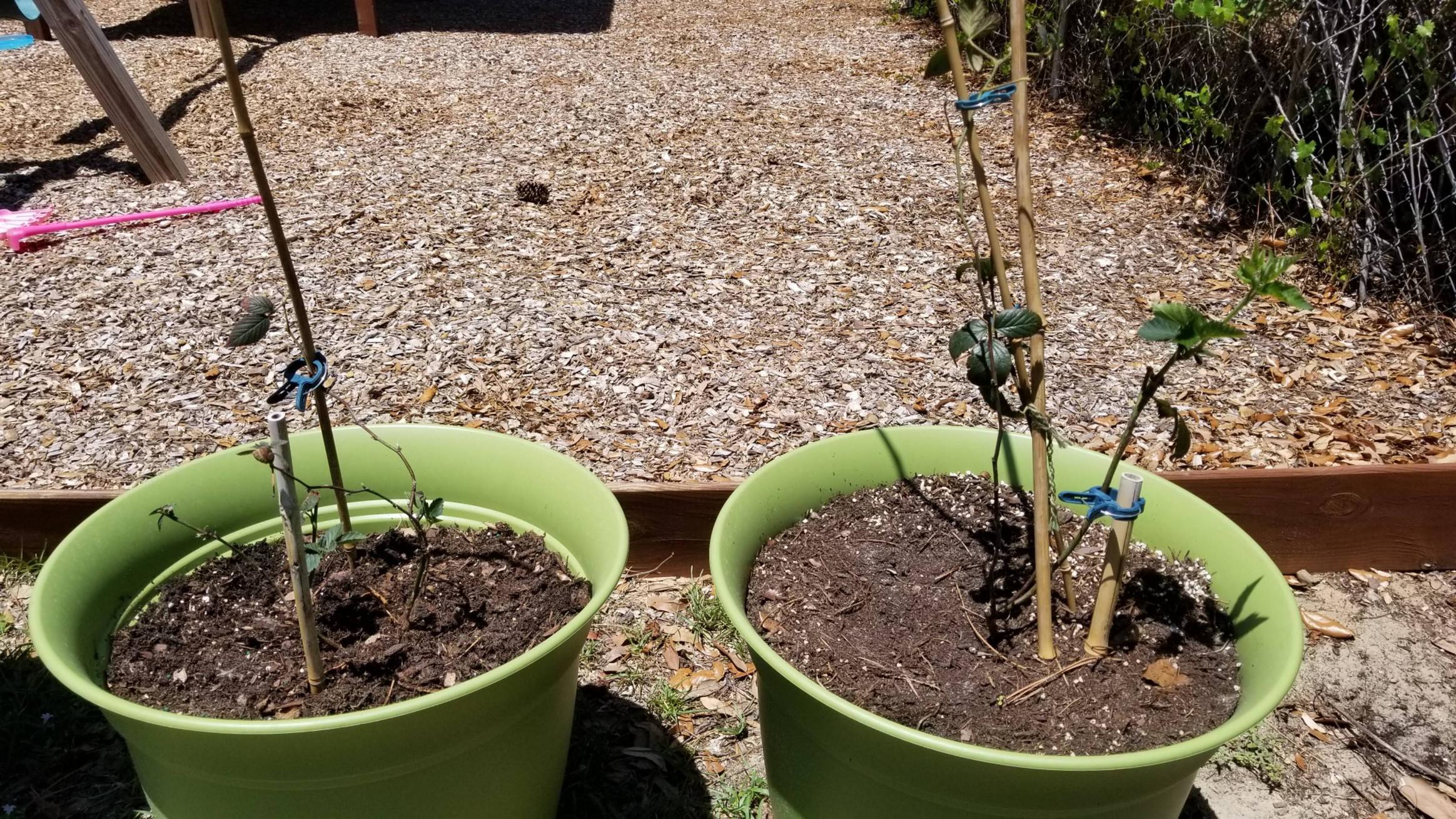 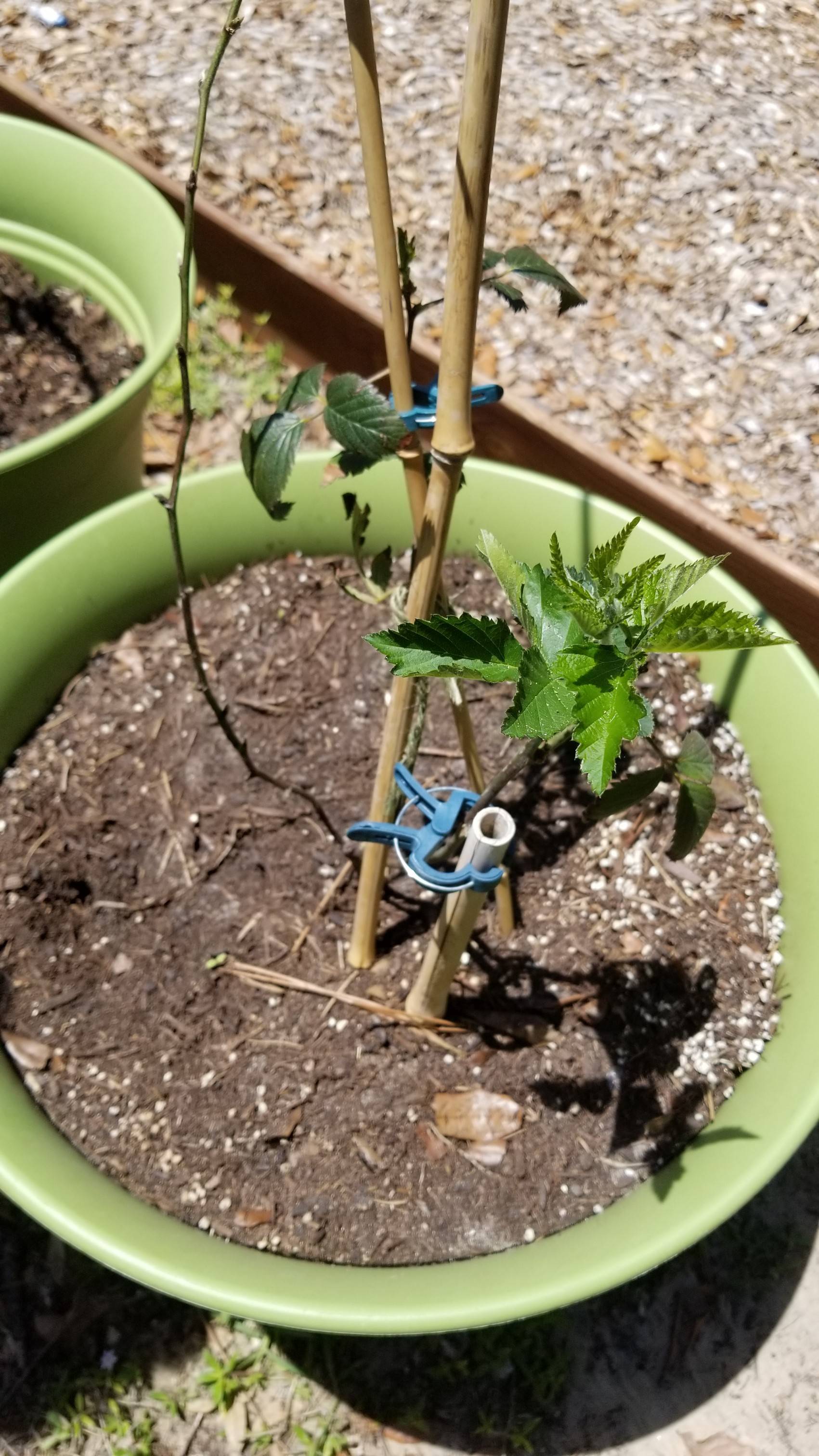 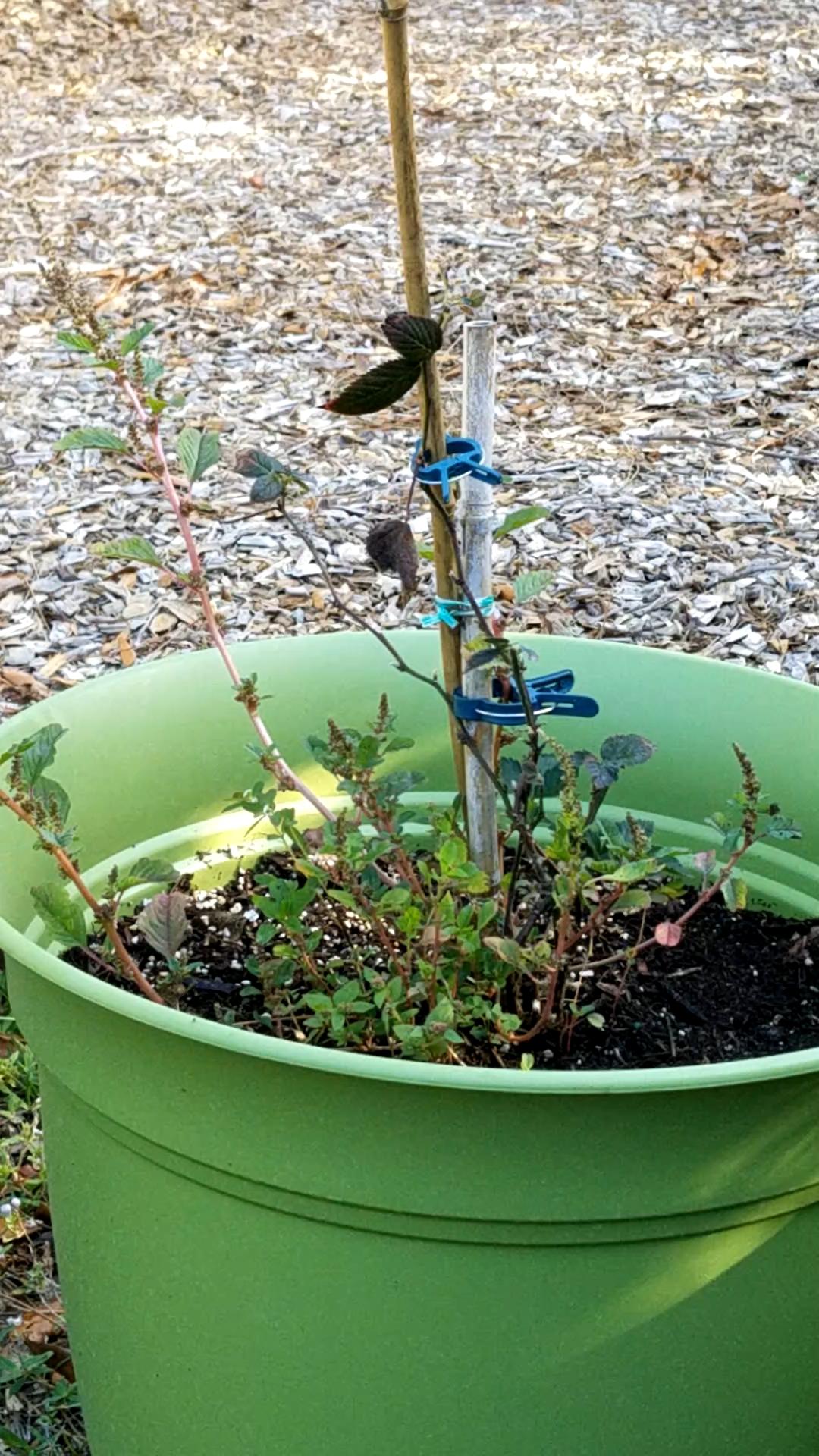 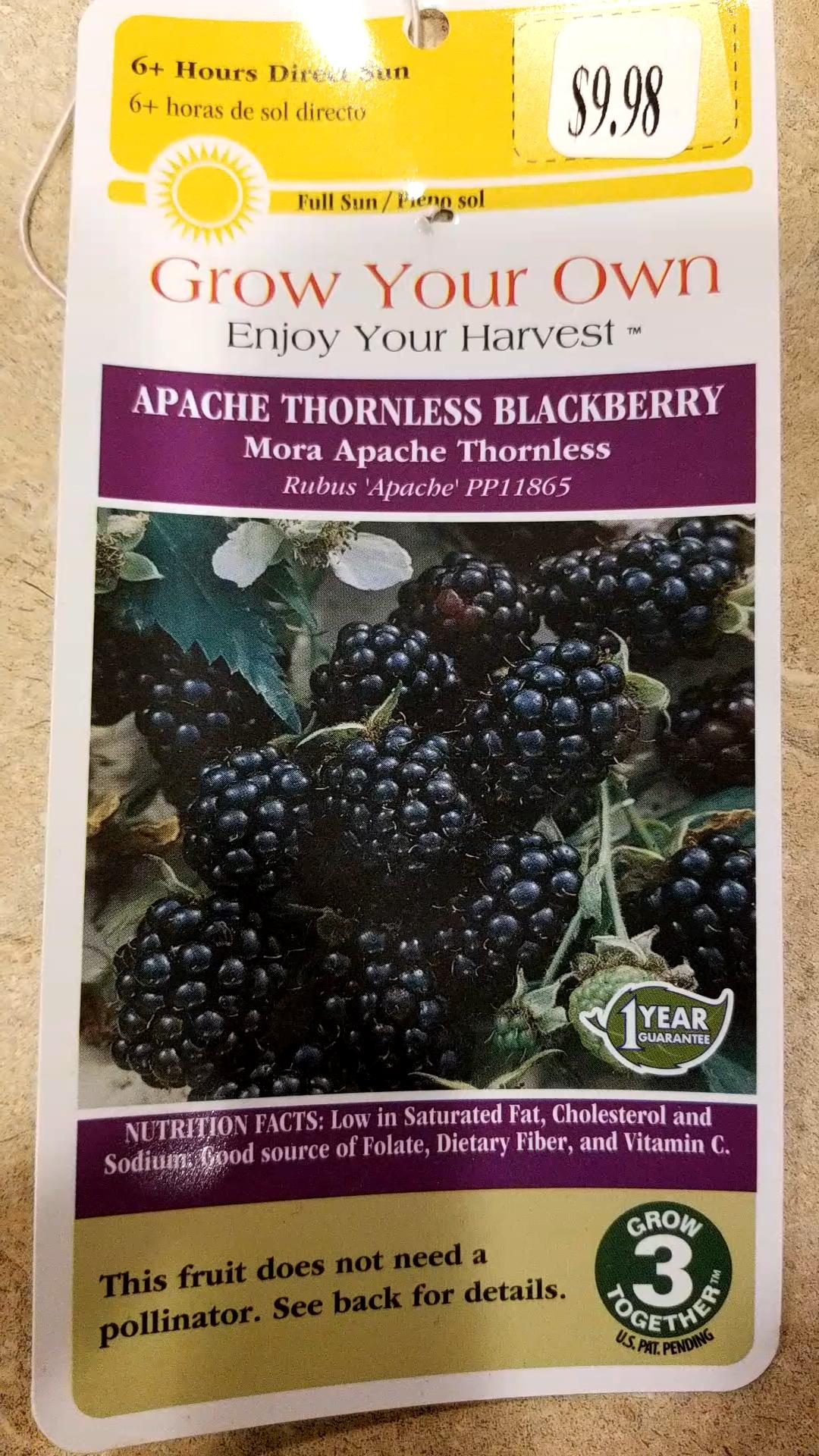 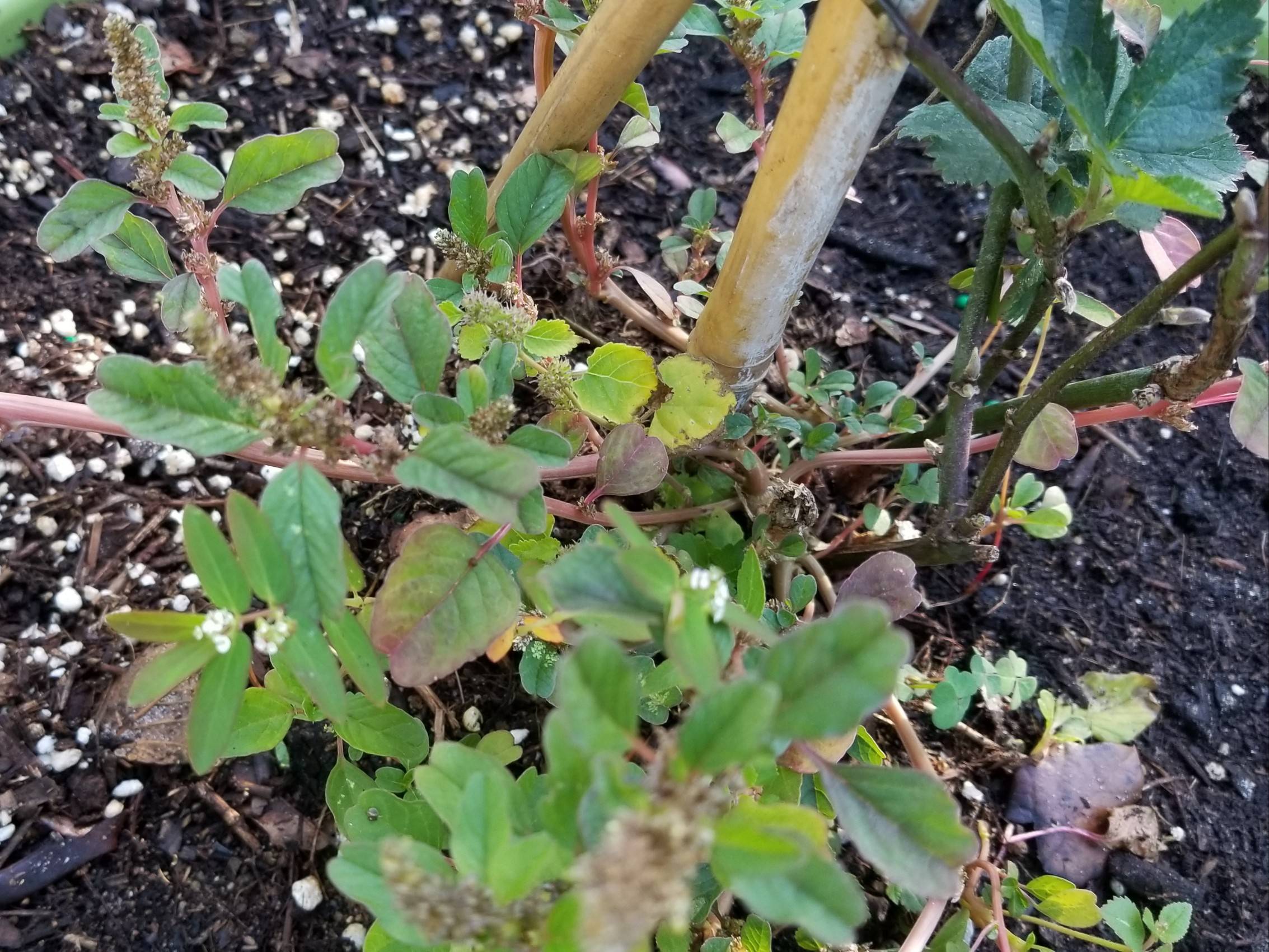 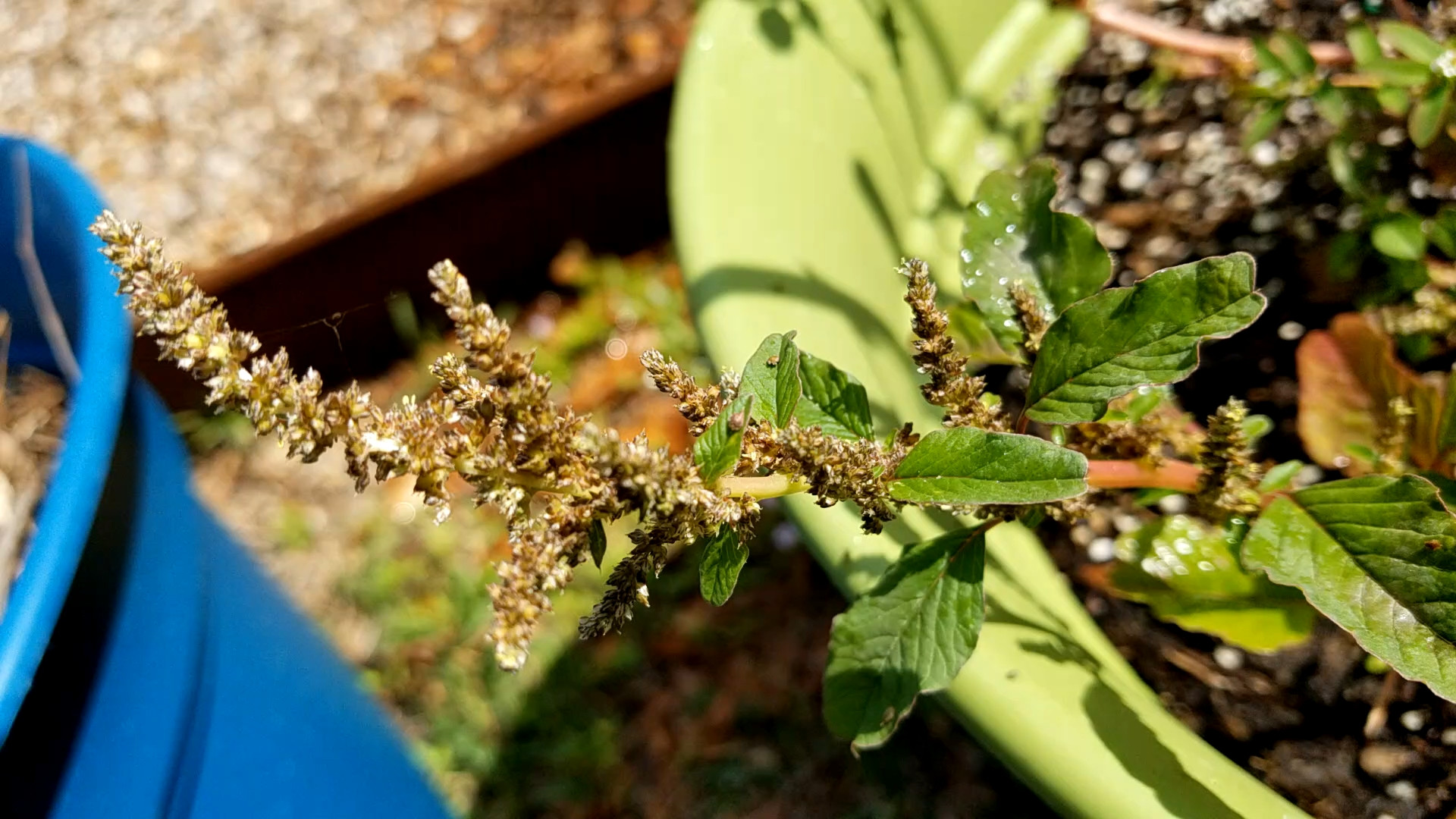 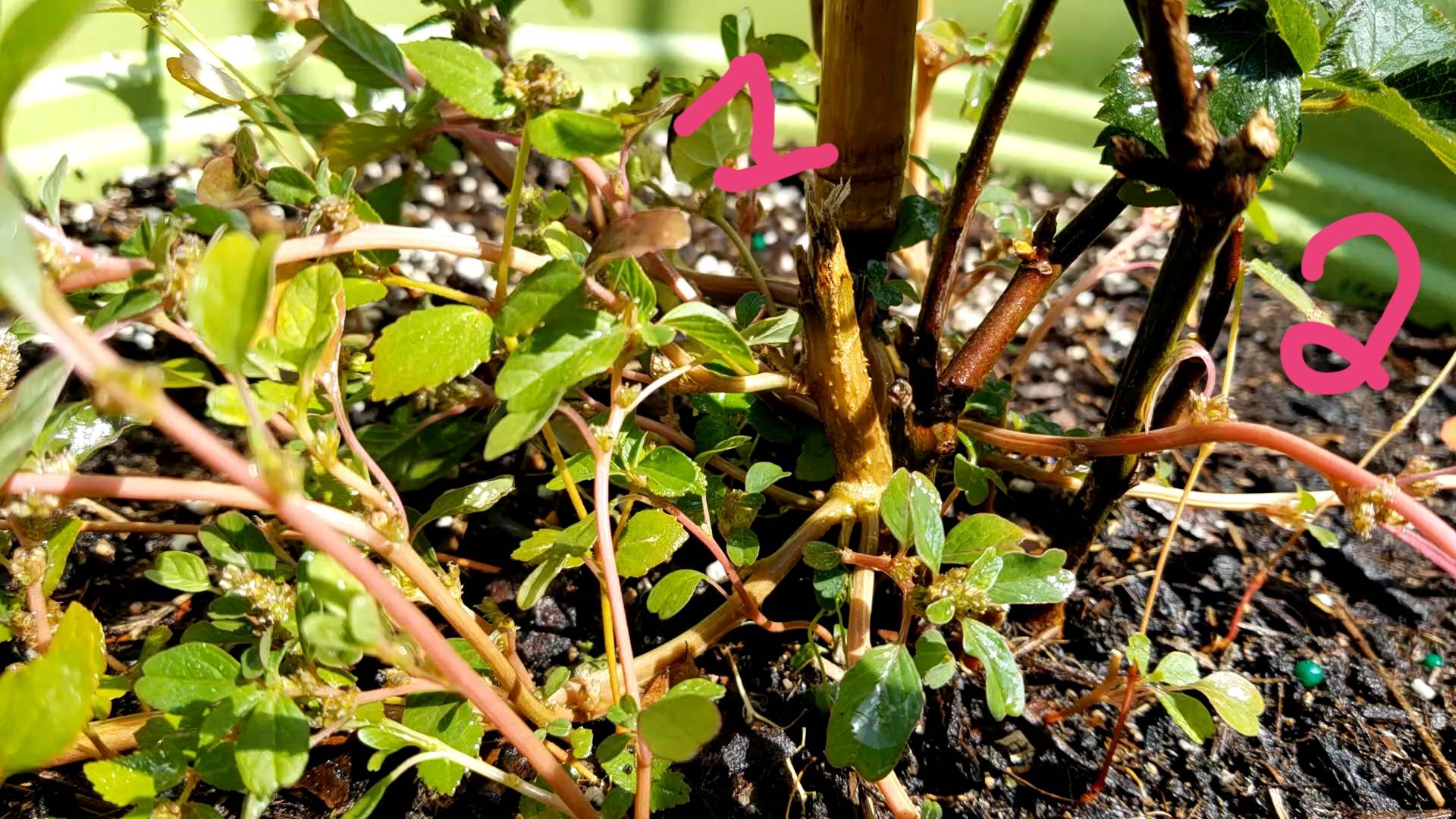 identification plant-health container-gardening blackberry
Share
Improve this question
edited May 4 '18 at 22:53
Scot
asked May 3 '18 at 2:10

The “different” plant is a hitchhiker, either from some random seed or already brought in with the blackberry from the nursery.

Without further ado, I recommend you pull it out. It will compete with the blackberry for nutrition and space and the priority should be the wanted plant over the unwanted one.

Once the blackberry is well established and either in the ground or a sufficiently large container, you can think about growing something that stays low (the blackberry will go up) under it, because blackberry deals comparatively well with companion plants. For now, it should get exclusive access to all resources, though.

If the blackberry has been cut back in the nursery, that shouldn’t be an issue, they are pretty resilient and in the future, you will be removing the spent canes, i.e. those in the second year that bore fruit, making room for the new canes. The chances of the blackberry thriving are pretty good.

Not the answer you're looking for? Browse other questions tagged identification plant-health container-gardening blackberry or ask your own question.

7
What is this woody plant?
4
Can I tilt a plant when transplanting it from a pot to the ground?
5
What Other Type Berries are growing with my Blackberries?
5
Moringa yellowing & leaf drop
1
'Climbing' black mulberry (morus nigra), is this real?
2
Is this soil any good?
3
Why did my blackberry plant fail to set fruit?
2
What is the name of this "zombie plant"?