I have two maples trees, both put in about twelve months ago (I believe they were ten years old at purchase). It’s autumn here in Melbourne, Australia, so leaves are changing color. Note that my soil is clay based.

Both trees are looking a bit rough. Any advice? Is his what I should expect after a year in the ground? I recall them at purchase, and they looked much better. Note that our weather has been hotter than expected, possibly confusing the trees about autumn. 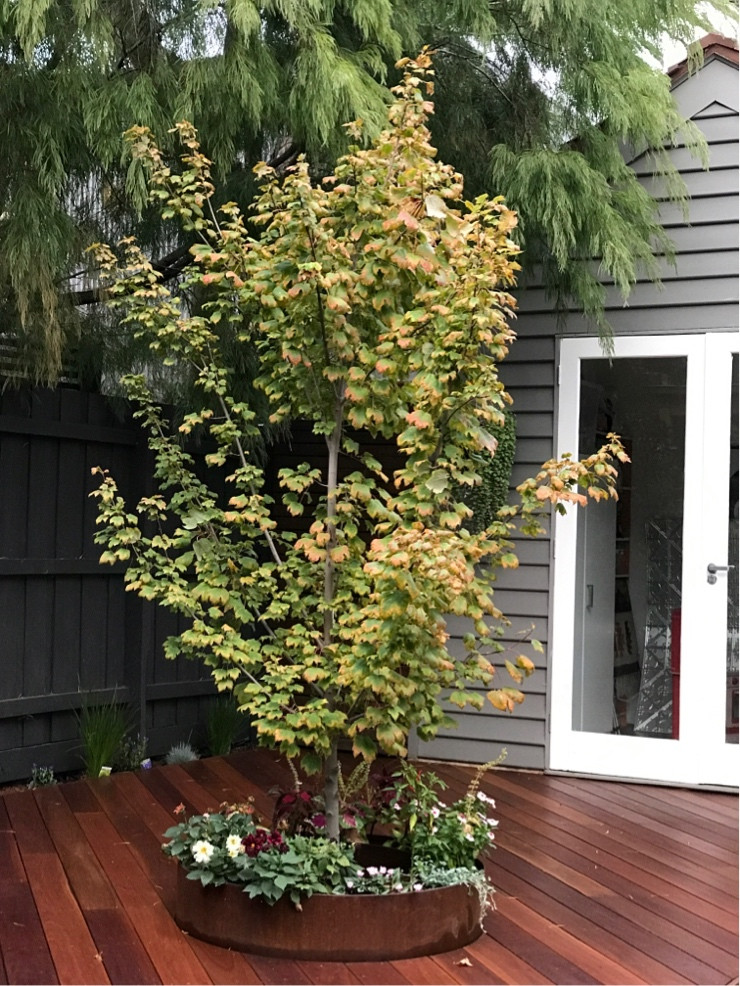 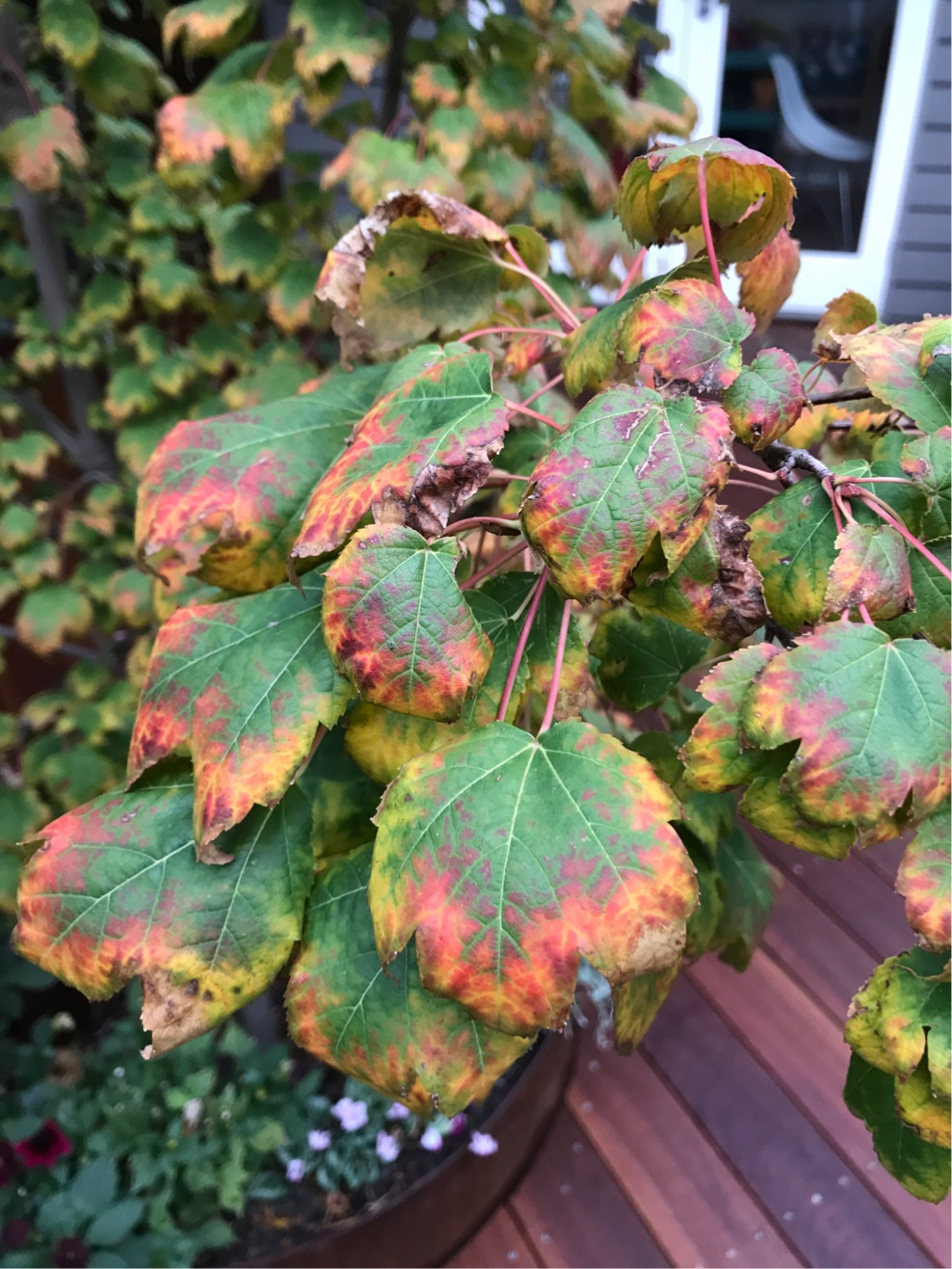 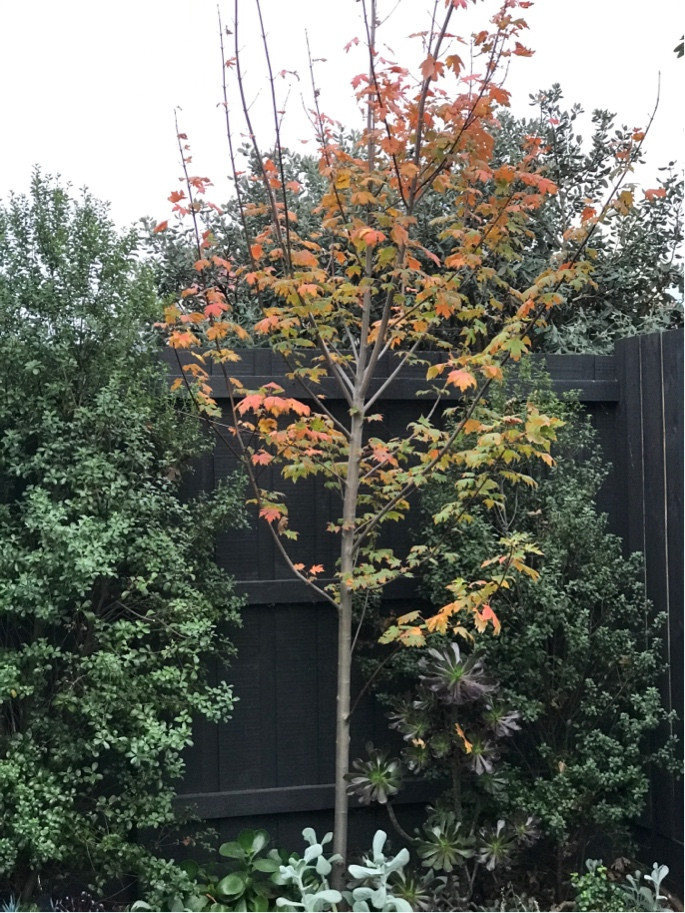 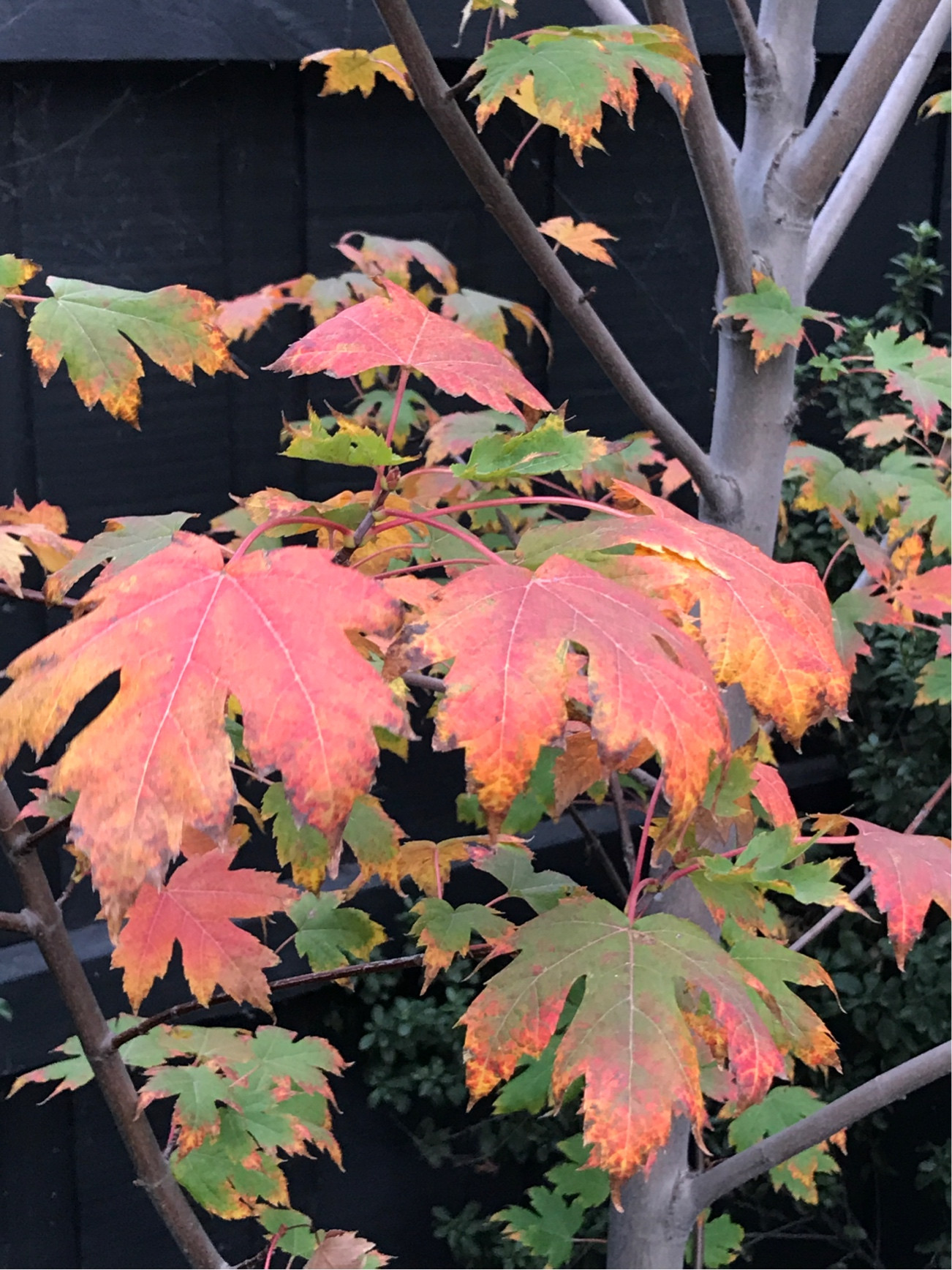 trees leaves tree-care
Share
Improve this question
asked May 1 '18 at 21:26

The one with the most leaves looks fine, it just looks like its autumning. The one without so many leaves doesn't look quite so good, with a lot of leaf loss towards the top.

Mature plants need particular care for at least two years after planting, because it takes them much longer to settle down and start growing in their new environment, so copious amounts of water are required whenever the weather is dry and especially if it's hot. It may be that the one with fewer leaves didn't get quite enough water throughout the summer so its lost more leaves early - the other possibility is, it's more exposed to the temperature and elements at the top, which would also cause earlier leaf loss there if the temperatures have been low, particularly overnight. The worst possibility is dieback, but you'll know if its that by next year, the twigs at the top won't leaf out in spring; dieback cannot be treated nor prevented in most cases, and Acers are prone to dieback.

Not the answer you're looking for? Browse other questions tagged trees leaves tree-care or ask your own question.

8
Are my autumn blaze maple trees dying?
4
What do healthy red maple saplings look like?
4
Questions About a Sycamore Maple
6
Is my maple tree beyond saving?
6
Dead leader on maple tree
3
Maple tree disease
6
Dried up leaves on Red Maple trees
3
What are these plants that look like bamboo?