Can you identify what this green plant is that looks like mint?

I found this growing behind my house, but I'm not sure what it is. It looks a lot like mint; however, it isn't minty smelling but more sweet smelling. Is it dangerous? 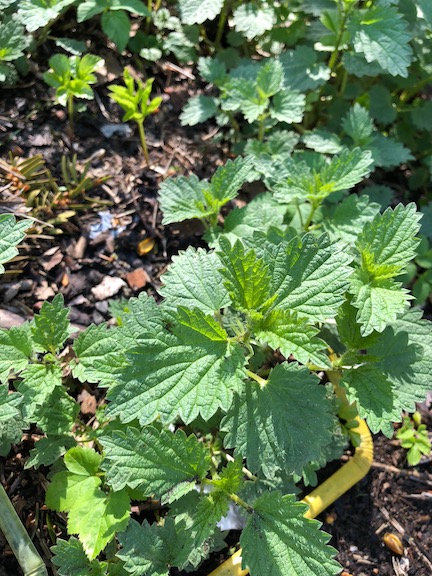 I can't comment on the 'sweet smelling' aspect, but this looks remarkably like stinging nettle (Urticaria dioica) https://northedinburghgrows.wordpress.com/2014/07/21/nettles-a-very-useful-plant/. It's easy to tell if that's what it is, either by just watching how they develop over time, or touching the leaves, if you don't mind nettle rash afterwards. If you do touch it and it stings, leave the stinging area alone - you will be tempted to rub it or scratch it, but if you resist that temptation, the stinging wears off within 10 minutes, whereas if you touch or rub the area, it will continue to sting on and off for some hours. Apart from discomfort from nettle stings, the plant is not dangerous at all, in fact it's edible.

Although I don't really think what you have is catnip (due to the gleam on the leaves), because it looks so similar, I thought I'd post an answer for it, in case it helps.

Catnip usually has leaves with somewhat smoother edges, but sometimes ours gets edges more like your plant's (except they're rounded and yours look sharp).

If the stems aren't square, you probably don't have catnip. Although I don't think the smell is sweeter than mint, it's possible that you might. It definitely has a smell.

Here's a picture I just took of some of ours. Our catnip usually has had flatter leaves with a more triangular shape, but a lot more of it looks like this, lately. It's furrier than the plant in your picture (when it's grown with more sun catnip looks even furrier), which accounts for the less shiny look. 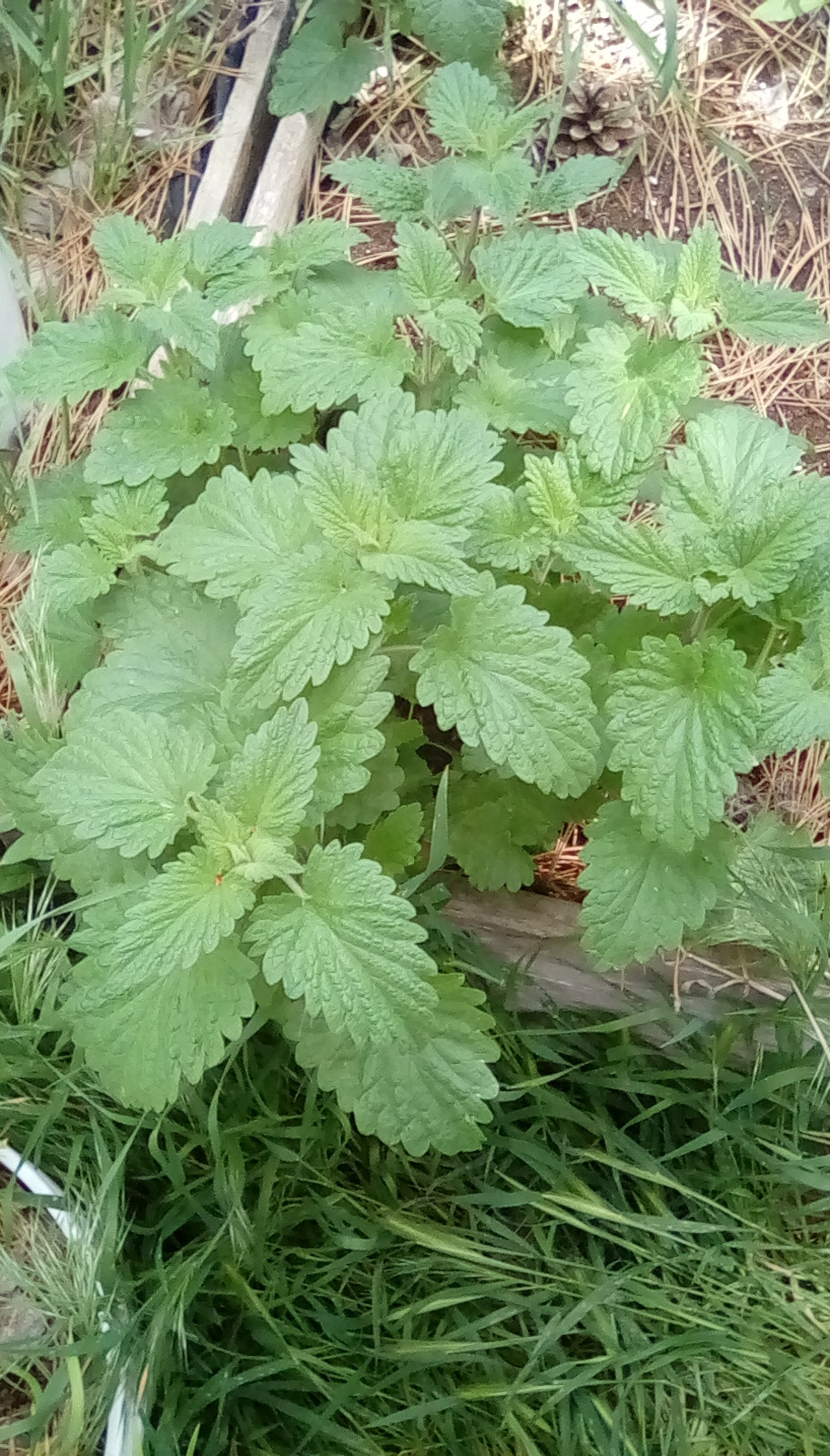 Here's a shot of the stem of a different catnip plant in our yard (if your stem is rounded, it's probably not catnip): 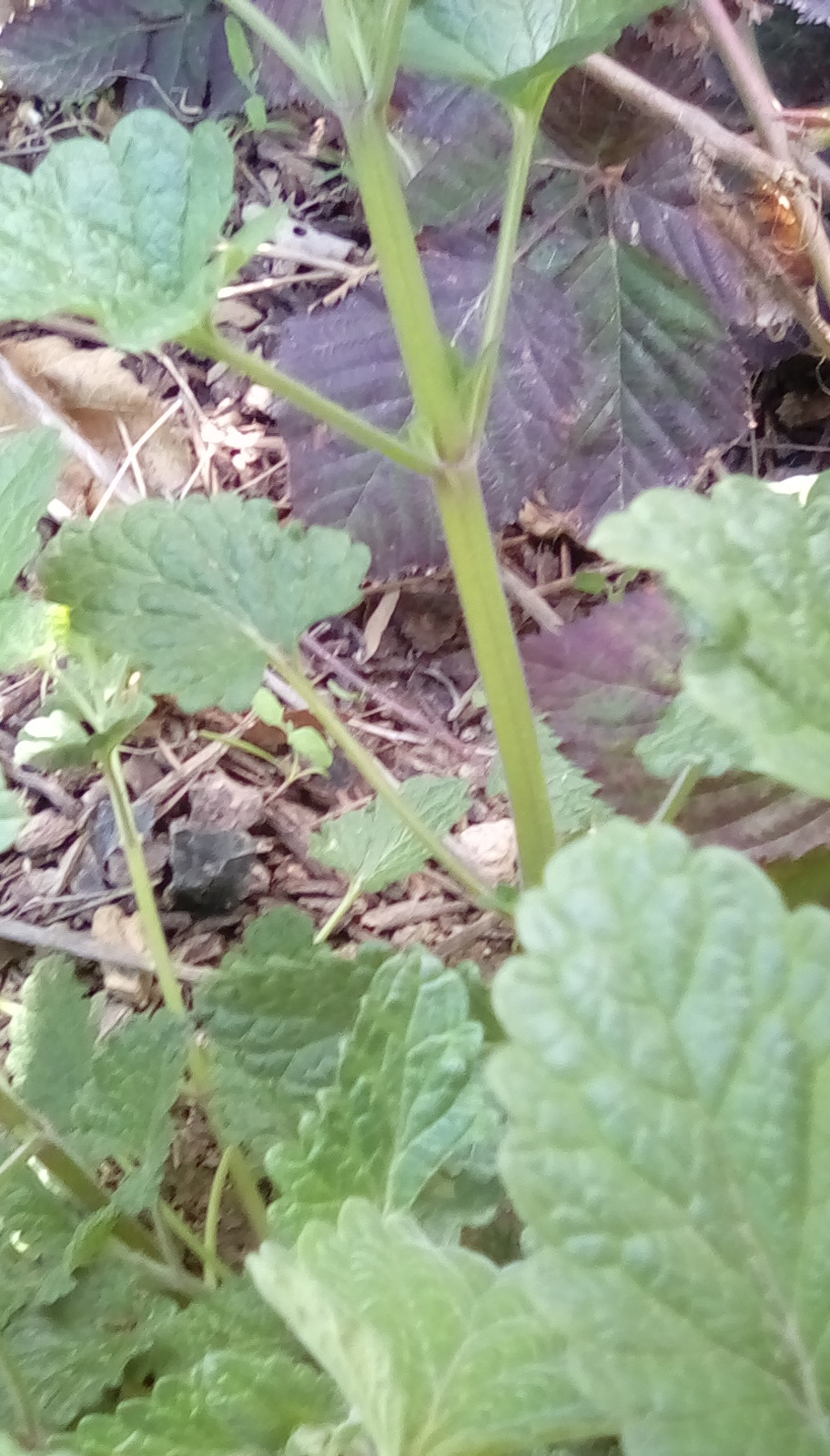 Both catnip and lemon balm are edible, unless you're allergic.

I do agree with others that it looks like a nettle, though, and I think a nettle is definitely the more likely answer. I don't have experience growing nettles.

It does look exactly like my mint.It grows and spreads like crazy this time of year. It is like a weed and is happy in a variety of lighting conditions. If you crush the leaf it will have a strong mint smell. If it does not you probably have something else.

I am guessing HENBIT, Purple Dead Nettle. Check out these pictures... purple dead or ground nettle

Not the answer you're looking for? Browse other questions tagged weeds mint or ask your own question.

9
What is this weed, found in UK, with serrated leaves and small green flowers?
4
How do I eradicate Mint
3
Black spots on the stem of my mint plant
3
What variety is my mint plant/why does my tea taste grassy?
4
Herb identification (Possible Satureja viminea)
5
What is wrong with my mint plant?
4
Can anyone identify this North Texas weed?
2
How can I revive my mint plant?