So when I moved I got a lot of plants as housewarming gifts. So far so good, it has been 6 months and most of them are alive (except for the orchids). But now they are turning yellow and I don't think that's a good sign. I will post the pics. For the Ivy I just removed them from their old pots and placed them in bigger pots with soil and for the Bogenhenf I repotted them as well. Could this have caused them to start yellowing? 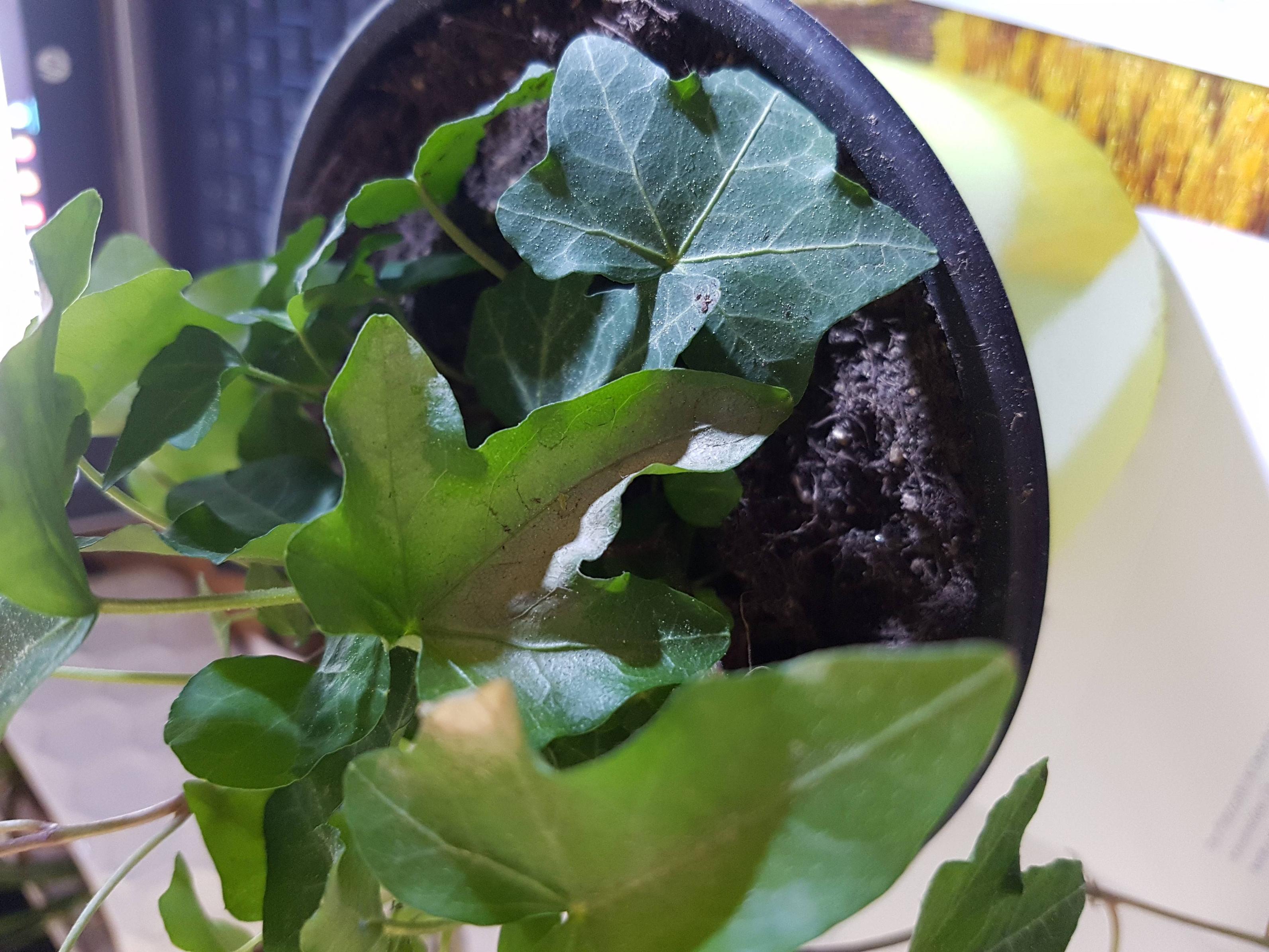 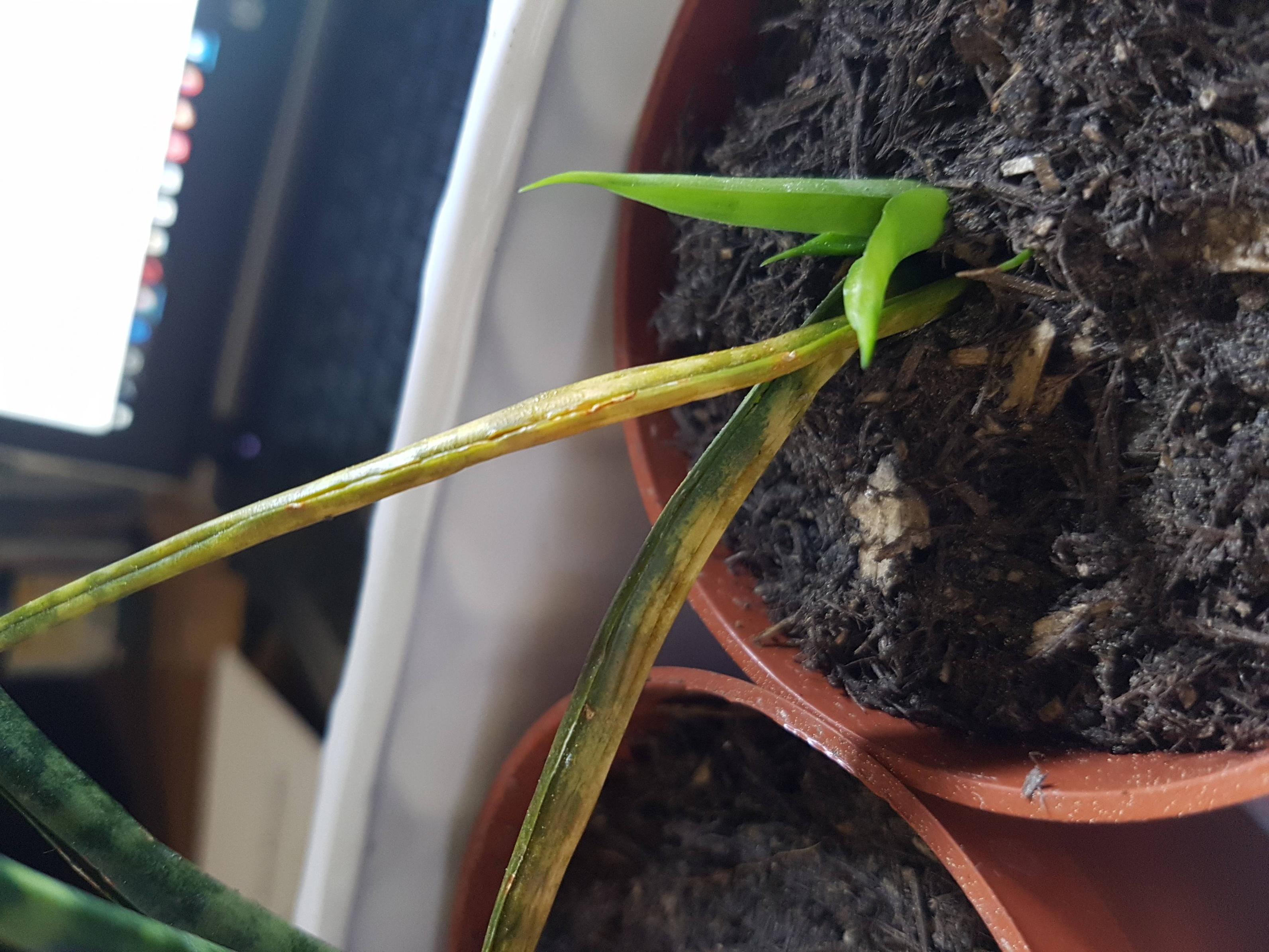 The soil in the pots looks as if its pretty wet, is it? It may be you're overwatering. The trick to watering is ito wait till the surface of the soil feels dry to the touch, but not so dry its shrunk from the sides of the pot. Water well and empty out any outer container or tray after 30 minutes, don't leave water sitting there.

The Bogenhenf (Sansevieria) is fortunately putting out new growth, so cut off the sickly leaves at their bases. This might have been caused by over watering, or just being kept in a place it doesn't like much, you haven't said anything about the conditions your plants are placed in.

The Ivy is showing signs of either yellowing or browning on one leaf edge in the picture, but otherwise looks healthy; again, over watering could be an issue, but also strong sunlight - ivies prefer bright light or dappled sunlight unless they're growing outdoors.

Following your comment, if a plant's soil is too wet, 4 days isn't long enough for it to dry out. Second, yes, it was a bad idea to move the plants into sunlight outdoors. Plants need acclimatizing to new conditions; they've been growing indoors for some time, with indoor temperatures, no wind, and not in direct sunlight for hours (presumably), so they're shocked when moved outdoors, particularly into direct sun, which may damage the leaves. A hardening off process is necessary prior to moving a plant outdoors whether that's permanently or just during summer.

Not the answer you're looking for? Browse other questions tagged diagnosis houseplants plant-health english-ivy sansevieria or ask your own question.

3
Why are the leaves on my Peace Lily turning yellow and brown?
5
Why are some clippings of this plant apparently pure green and others mottled with yellow?
3
Plant sitting two orchids and need advice
4
Houseplant seems to be dying
5
Is All this blackberry plant or is there more then 1 plant?
1
Why is my monsters leaves turning brown and yellow?
3
35+ year old cactus turning yellow